Conflict in Burkina Faso: “Many people are afraid to sleep at night” 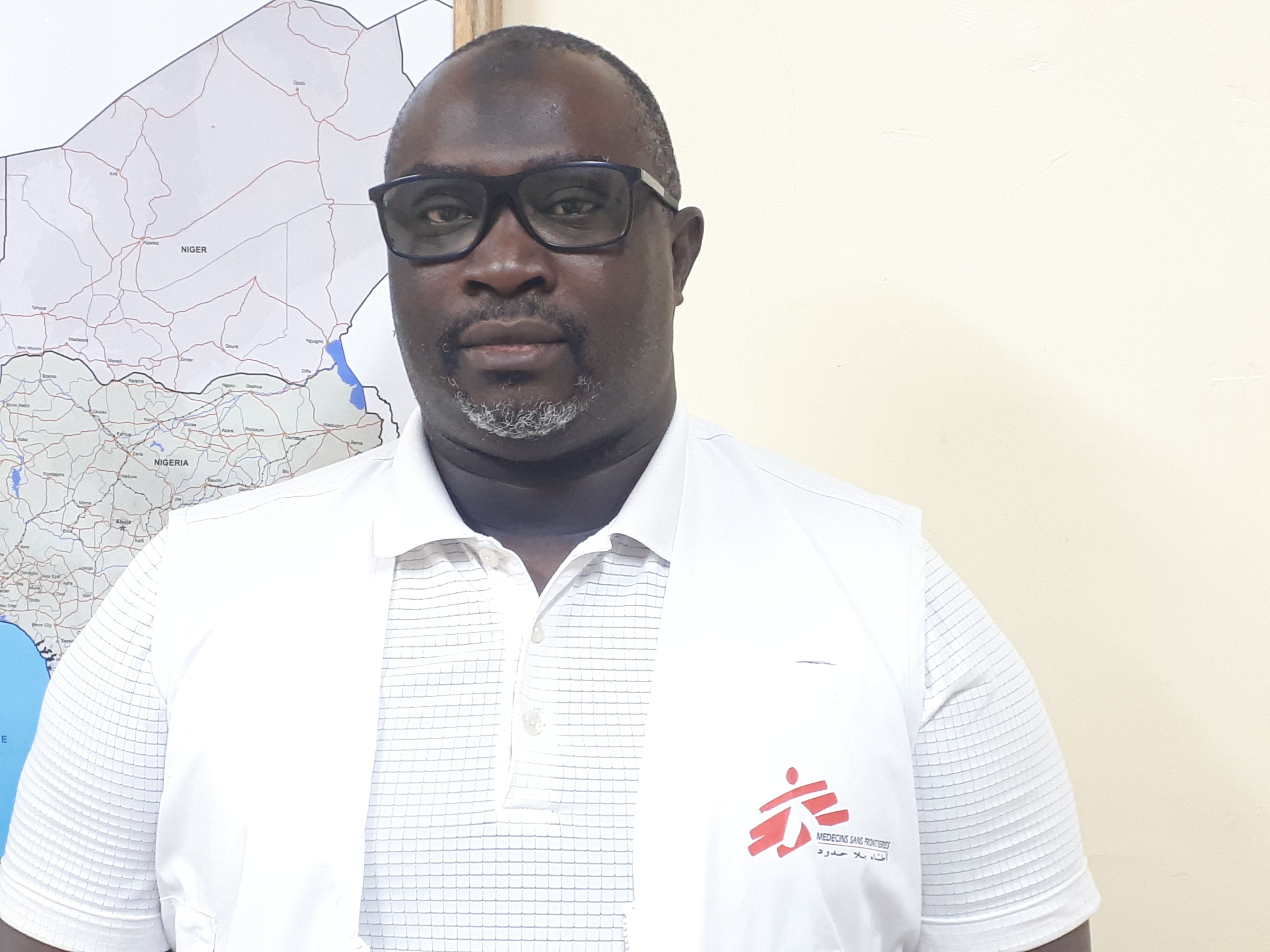 Following the attack on Solhan village in early June – the deadliest in the country’s recent history – MSF head of mission Dr Youssouf Dembélé describes the impact of the continuous violence on people caught up in one of the world’s fastest growing humanitarian crises in recent years.

What is happening in Burkina Faso?

“Over recent years, large parts of Burkina Faso have been engulfed in intense and continuous violence between various non-state armed groups and Burkina Faso’s army and allied forces.

On occasions, there has been infighting between the non-state armed groups too. 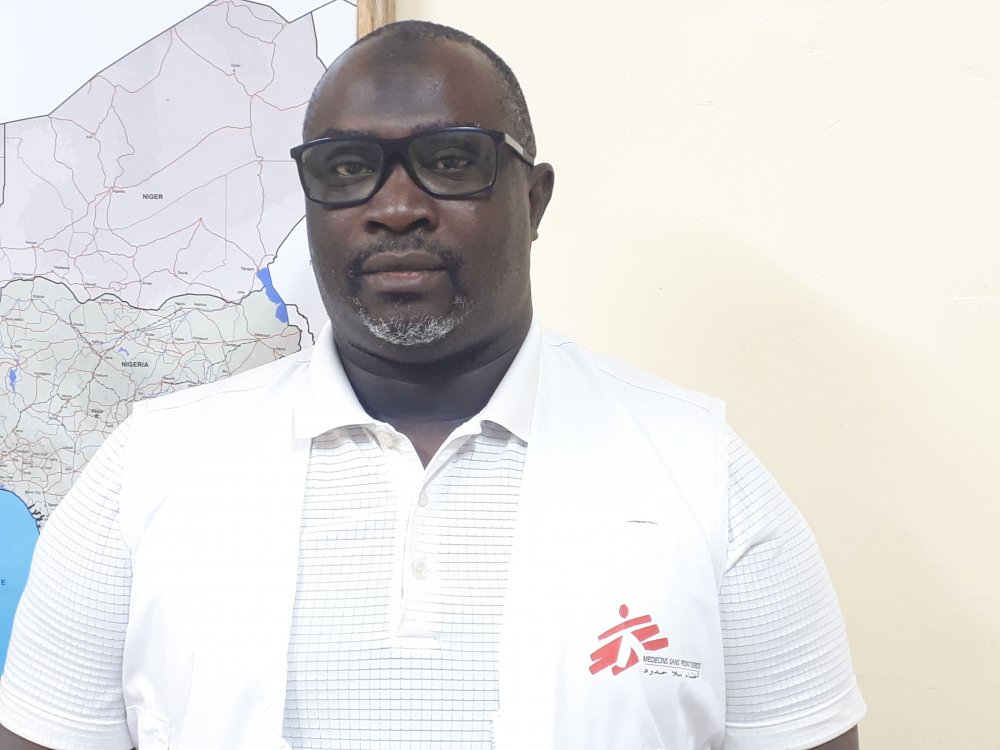 It’s a regional cross-border conflict affecting many countries in the Sahel, including Mali, Niger and Chad, and others such as Benin and Côte d’Ivoire which share also borders with them.

The first violent incidents in Burkina Faso happened in 2015 and the conflict peaked in 2018.

Last year, it became the world’s fastest growing humanitarian crisis, with one million people displaced from their homes in a country of 20 million. 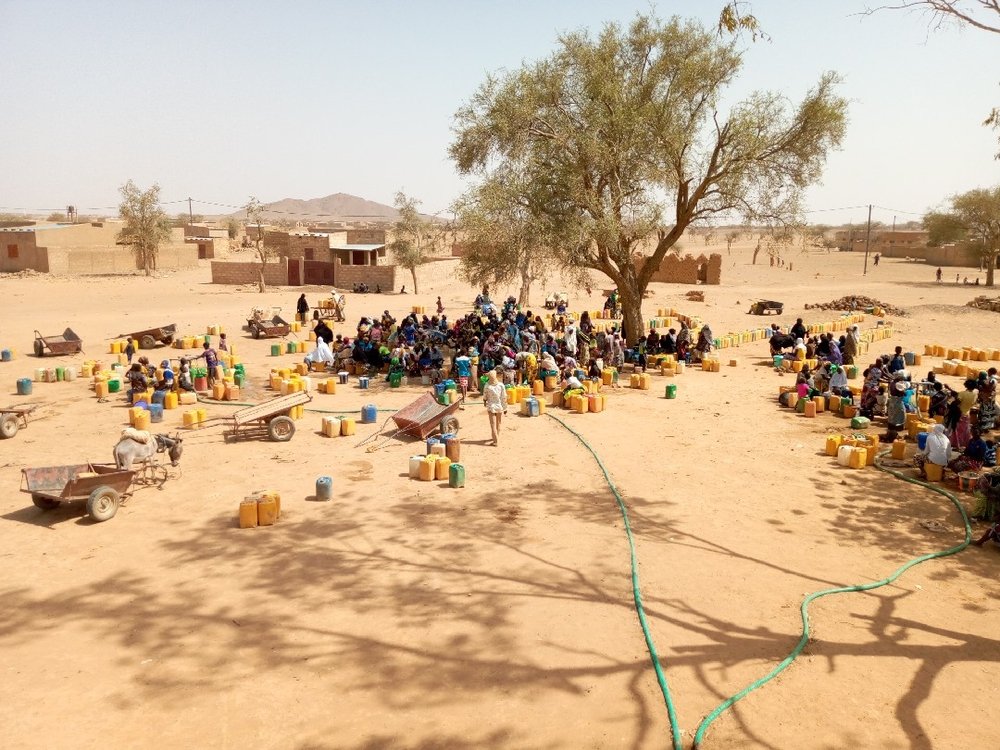 Over the past few months we have seen a gradual increase in violence against civilians across the Est, Sahel and Centre-Nord regions, resulting in a large loss of human lives, including the attack on the night of 4 June on the village of Solhan, which left more than 130 people dead and scores injured.

While this attack – the deadliest one in Burkina Faso’s recent history – attracted global attention, the insecurity is protracted in many parts of the country; fighting, attacks on villages, executions and other violent incidents have become routine.

"The main impact is the loss of human life: people are dying every week"

In the areas where MSF teams work, we see more and more people becoming extremely vulnerable, including women, children and the elderly. 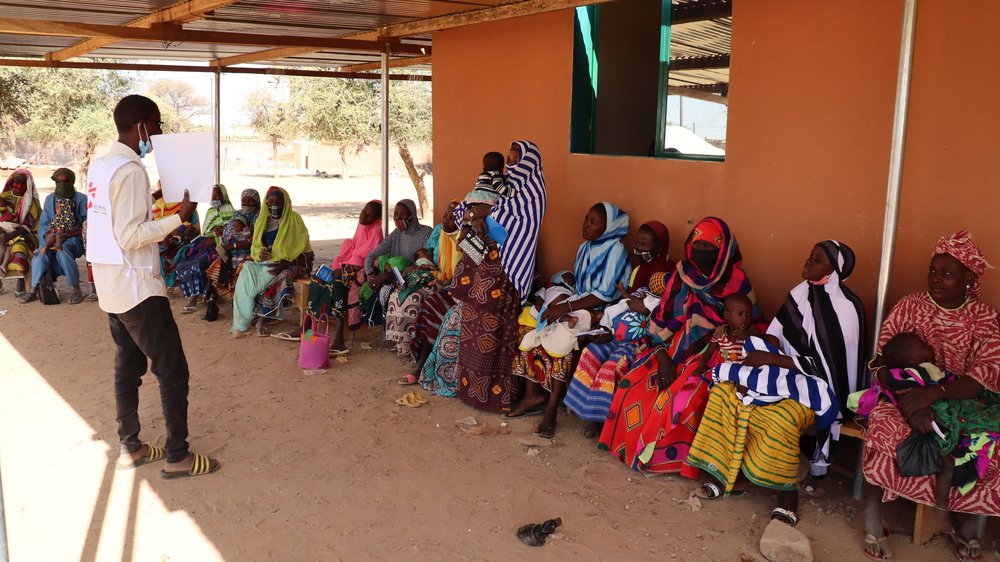 Noelie Sawadogo/MSF
An MSF health promoter educates women on health issues while they wait for their consultations in the maternity ward at the Gorom Gorom hospital, in the Sahel region of Burkina Faso.

They suffer abuse of various kinds and often flee their homes empty-handed because of intimidation and fear.”

How are people impacted by the violence?

“The main impact is the loss of human life: people are dying every week. Patients arrive often with gunshot wounds at the health facilities we support.

They are often in a very critical condition. We are also seeing an increase in sexual violence against women and girls in conflict areas. 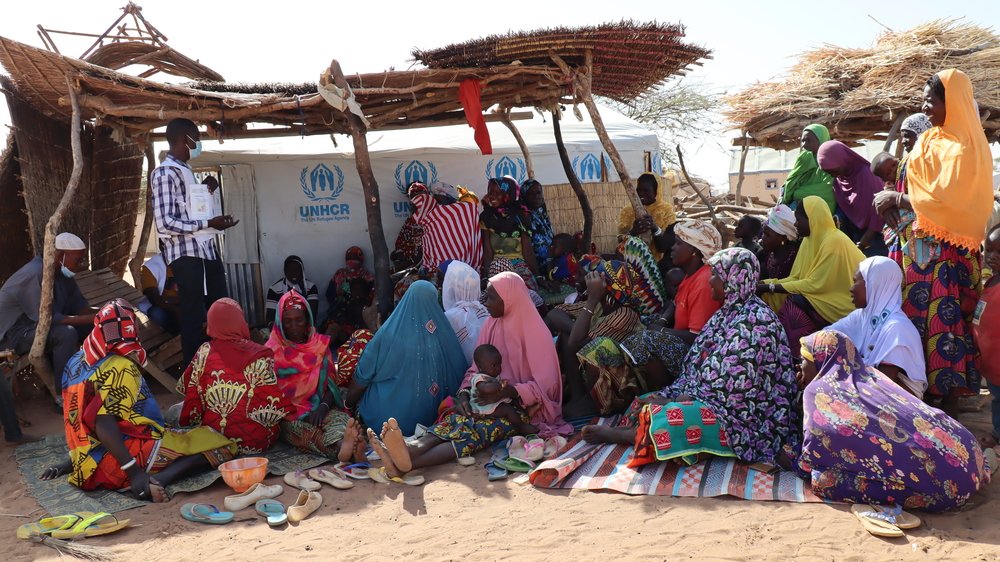 Noelie Sawadogo/MSF
An MSF health promoter educates women on issues related to their health at a site for internally displaced people in Gorom Gorom in the Sahel region of Burkina Faso.

The violence is hitting people very hard psychologically too. Many are afraid to sleep at night. Some leave their beds and go to hide in the bush for fear of being attacked.

The conflict and forced displacement are directly impacting people’s livelihoods: many were farmers or herders, but have now lost everything and depend almost entirely on humanitarian aid.

Their outlook for the near future is very uncertain.

Many health centers are closed because Ministry of Health staff are afraid to stay. Other times workers can’t anymore reach health facilities that remain open because there is no transportation available.

Some community health workers – trained by MSF to diagnose and treat children and pregnant women in hard-to-reach areas for common medical conditions and refer critical patients to hospital – are also victims of this violence when it hits their communities, so these basic services get often interrupted.

Another difficulty is the reduced ability of health staff and ambulances to deploy across certain areas.

We are seeing significant numbers of malnourished children, a sign of the displaced people’s fragile nutritional status and lack of food security. 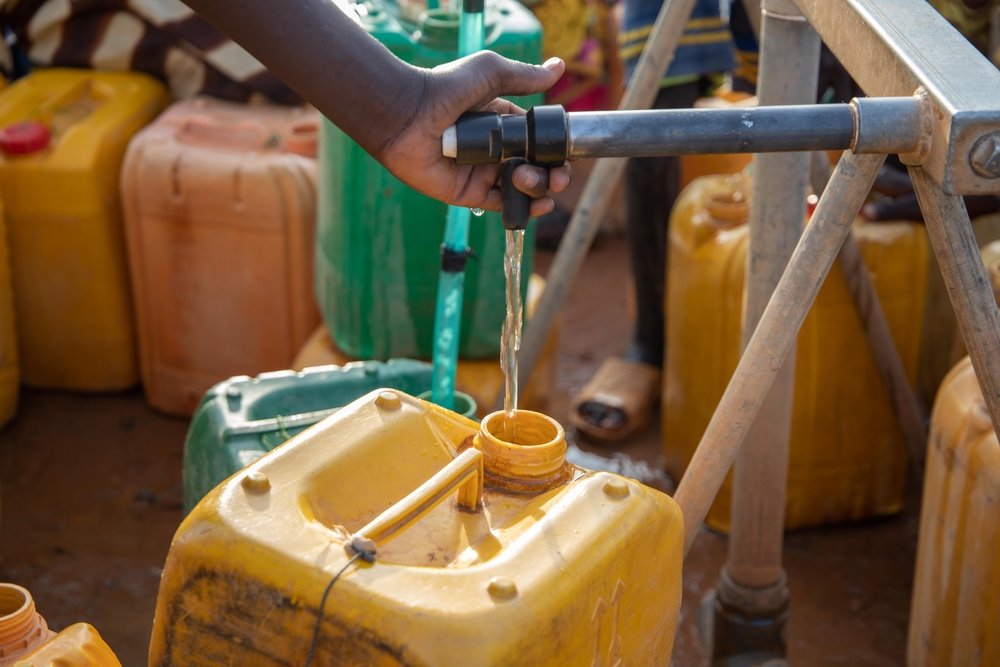 The conflict is even hampering access to something as essential as water.

The arrival of displaced people in large numbers in urban and semi-urban areas puts pressure on the water system and the distribution network.

The result is that everyone – locals as well as displaced people – find themselves without access to clean water in an environment already hit hard by the consequences of climate change.

Many families struggle to fetch enough water for basic daily activities such as cooking and washing.”

What is MSF doing to respond?

“As a medical organisation focusing on emergency response, we try to adapt to the volatile situation and provide the most comprehensive and timely response wherever it is needed.

We have various regular medical projects in towns and rural areas of the Sahel, Nord, Centre-Nord, Est and Boucle du Mouhoum regions, where we provide impartial assistance, irrespective of people’s ethnicity, political affiliations or religion.

"The level of humanitarian and medical needs is extremely high"

We also have mobile teams working in some of the most hard-to-reach areas so that people there have access to healthcare.

As far as we can, we respond to the immediate needs of newly displaced people as they arise – whether for healthcare, shelter, hygiene or water and sanitation – so that they have at least minimal services in the areas to which they have fled.

Areas that have absorbed large numbers of new arrivals in recent weeks include Markoye, Gorom Gorom and Sebba, in the Sahel region. 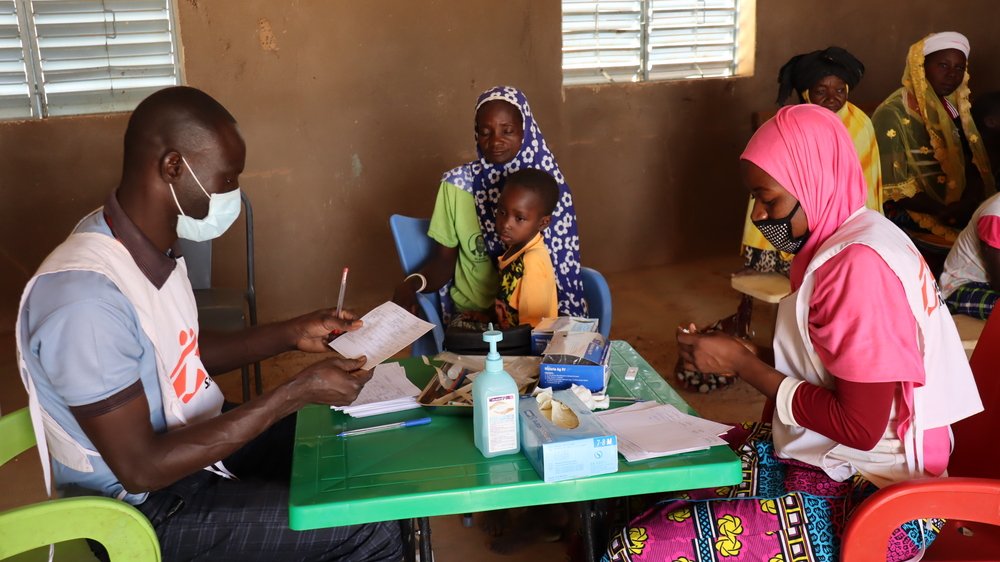 Noelie Sawadogo/MSF
Mariam and her child visiting MSF’s mobile clinic in Sirfou, a village in Burkina Faso’s North region. “I’m here with my sick child. We both are sick, and the free services are such a relief”, says Mariam.

During peaks of violence and emergencies, we support health facilities that have received a high number of wounded people by ensuring staff, medical supplies, medicines or technical advice.

This happened following the attack on Solhan, when we supported the health services of Dori and Ouagadougou in providing medical and surgical care to more than 20 seriously injured patients.

Providing clean water is also a key component of our work in Burkina Faso.”

What are your main concerns for the coming months?

“With the conflict continuing unabated for years, the region has entered a state of protracted crisis, which is likely to become increasingly neglected over time.

This is due to logistical and security issues, which make it challenging to provide assistance, but also due to the multiple other emergencies happening around the world.

Although some other humanitarian organisations are already responding in the region, much more is needed, including adapting the response to the continuous spikes in violence. 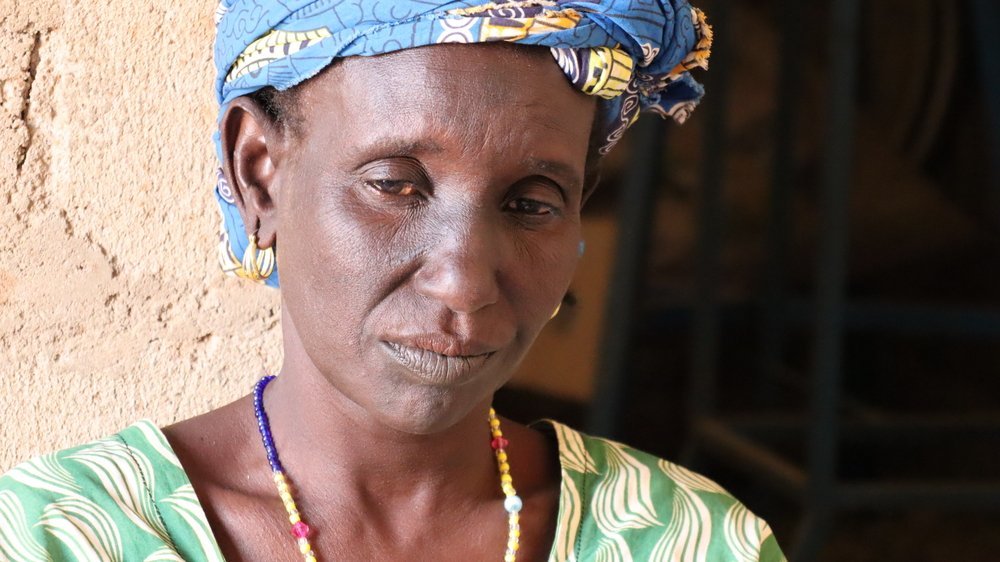 Noelie Sawadogo/MSF
In the settlement for internally displaced people in Dori, in the Sahel region of Burkina Faso, Dialo Fatimata has sought mental health support, after her husband was killed in front of her.

There also needs to be a steady supply of food for the displaced people so that children, pregnant women and women of childbearing age do not become malnourished, as the conflict increases people’s risk of suffering this disease.

The level of humanitarian and medical needs is extremely high.

Our teams are working in a very demanding and volatile security environment and it is crucial that they have unhindered access to reach people in need in a timely manner, wherever they are.”