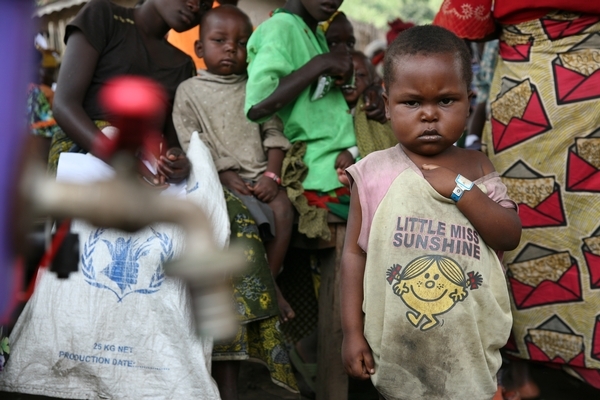 Armed conflicts are intensifying in eastern Democratic Republic of Congo, along with large troop movements. Members of the civilian population are the first victims, but aid actors are also directly targeted.

"The situation is not stabilizing in Kivu. It is deteriorating again, and has been deteriorating over the last several months", says Médecins Sans Frontières (MSF) programme manager Dr. Marcela Allheimen.

Recent defections from the national army have led to increased insecurity and military confrontations, also leading to reconfiguration of the different forces at stake.

Violence against civilians and aid workers

"We are noticing renewed violence. But what is worse is the trivialization of violence on civilian populations and aid actors", says Dr. Marcela Allheimen.

Items such as food, money and mobile phones are extorted, mostly to supply military logistics. Since November 2011, MSF teams have been victims of more than fifteen acts of violence including a raid last week by armed and uniformed men of an MSF house in Baraka, South Kivu.

More seriously, on April 4th, 2012, MSF personnel were physically harassed. That day, two MSF staff members - a nurse and a logistician - were kidnapped on a road near Nyanzale in North Kivu and released a few hours later.

As a result, MSF - one of the few medical aid organizations present in North and South Kivu - has suspended its activities in Nyanzale, reduced them in Rutshuru and withdrew its team in the Butembo area. This is another consequence of the degradation of the situation: for the civilian populations already weakened by a conflict of many years' standing, access to medical care is becoming more difficult. As MSF, we cannot provide the aid that we would like to in Kivu and sick people are afraid to travel to reach the health centers.

Another consequence on livelihood is that few people go to work in the fields due to lack of security. Civilian populations are victims of theft and extortion. People are also drafted to transport the belongings of armed men and sometimes women are held as slaves.

The national and international stabilization mechanism in Kivu has never been so important. However MSF questions its effectiveness given the worsening of the situation and is concerned that the capacity to provide medical care continues to decrease.

Despite the fragile security situation, MSF continues to have teams on the ground in North and South Kivu providing medical care notably in Kitchanga, Mweso, Pinga, Rutshuru, Baraka, Lulimba, Kalonge and Shabunda.