Democratic Republic of Congo: Despite calm, cycle of violence set to repeat in Ituri province

January 18th, 2022- Overwhelming violence has tormented people in Djugu’s territory, Ituri’s province, north-east of the Democratic Republic of Congo (DRC) since 2017, as community tensions have sparked the resurgence of an armed conflict. 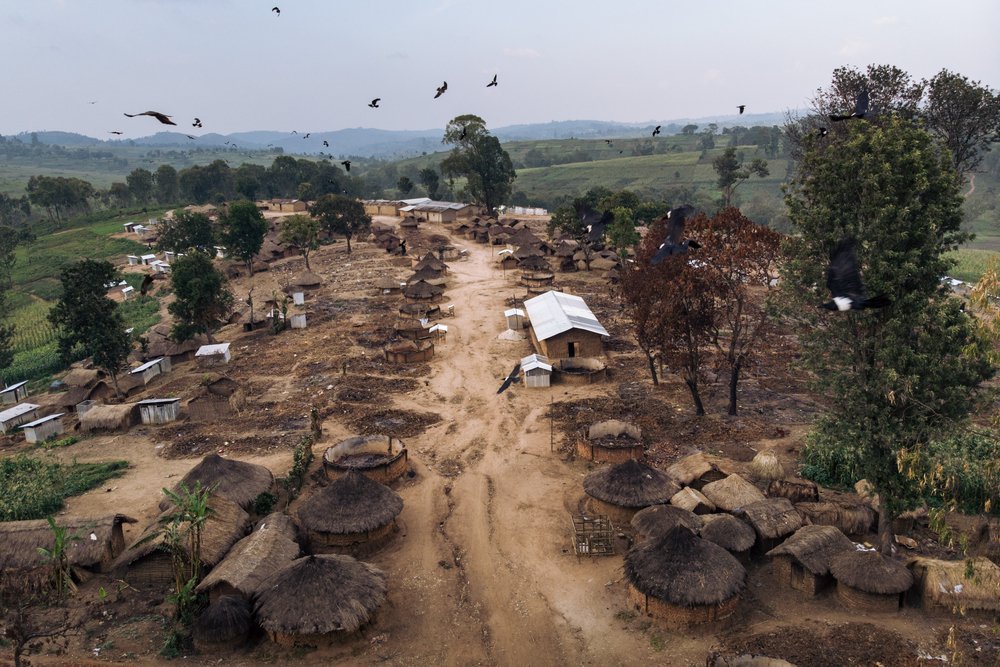 Alexis Huguet/MSF
Aerial view of the partially destroyed town of Drodro that most of the population had to flee following the November 2021 attacks. (December, 2021).

Four consecutive attacks of unprecedented violence hit the sites of Tché, Drodro, Paroisse, Luko and Ivo, between 12 and 28 November 2021.

This new escalation of conflict has worsened the humanitarian and security situation at the internally displaced people’s sites in the area while increasing the vulnerability and isolation of people. 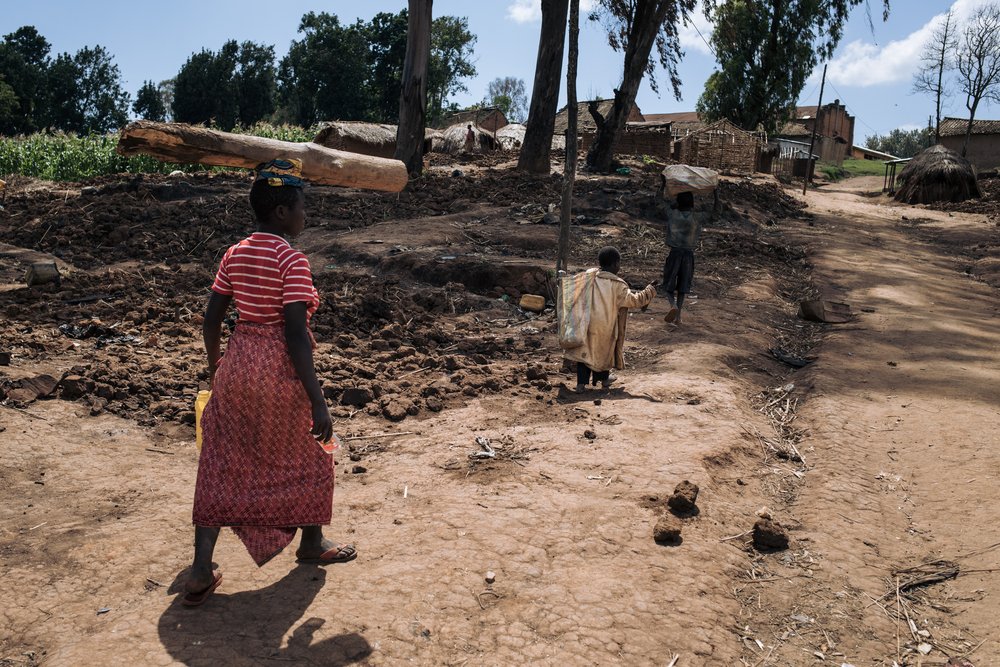 Alexis Huguet/MSF
A family walking in partially destroyed town of Drodro that most of the population had to flee following the November 2021 attacks. (December, 2021).

“I am left to my own destiny."

"With no food, my children and I have been sick since we arrived to the site,” says Suzanne, a 52 year-old farmer from Dhedja who fled to Ivo with her three children.

"With no food, my children and I have been sick since we arrived to the site”

This is the second time she has been forced to flee – this time to the displaced people’s camp of Rhoe. 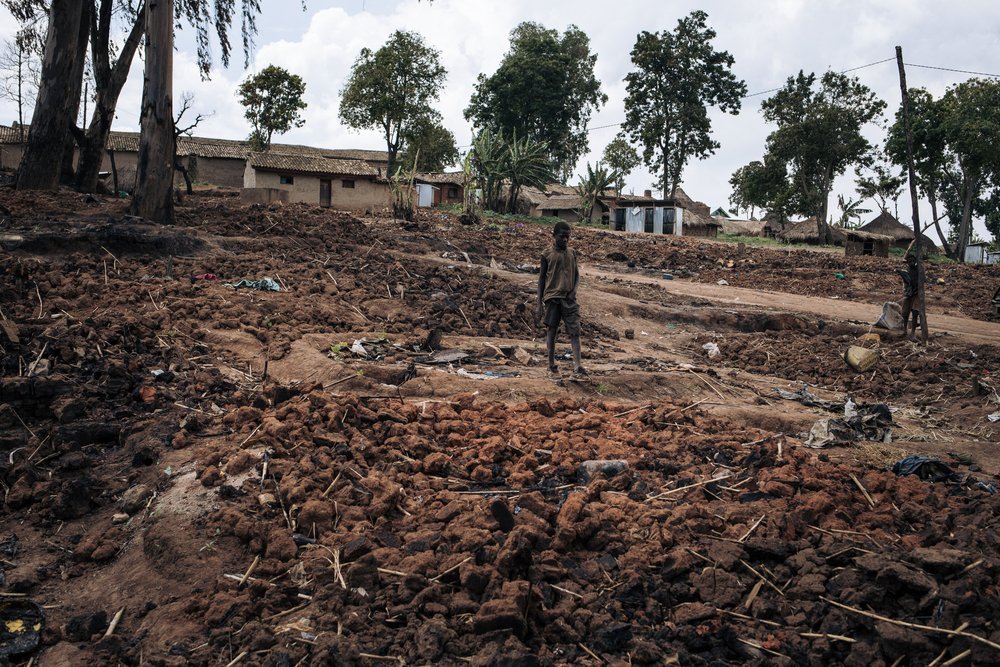 Alexis Huguet/MSF
A young boy in partially destroyed town of Drodro that most of the population had to flee following the November 2021 attacks. (December, 2021).

In Ivo, she saw passersby being shot at and heard her neighbours being attacked with machetes as she managed to escape with her family.

The images of her neighbours being massacred are repeatedly replayed in her mind as she struggles to provide for her children with few prospects for the future. 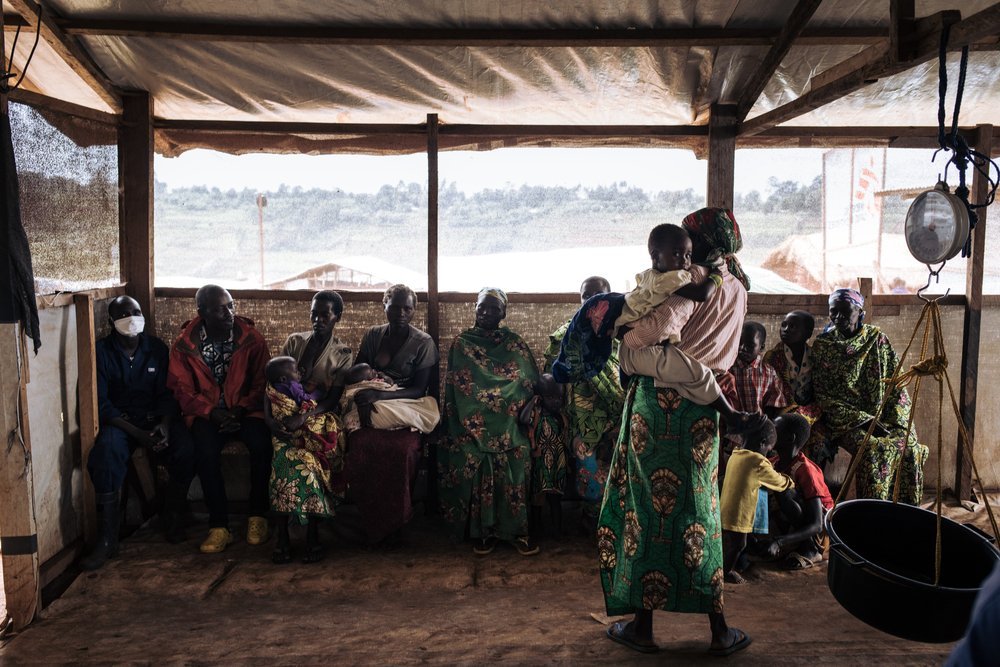 Like Suzanne, more than 40,000 people have been forced to take refuge in the camp of Rhoe in the Blukwa State health area.

An area that is difficult to access and where humanitarian groups have a reduced presence due to recurring security problems. 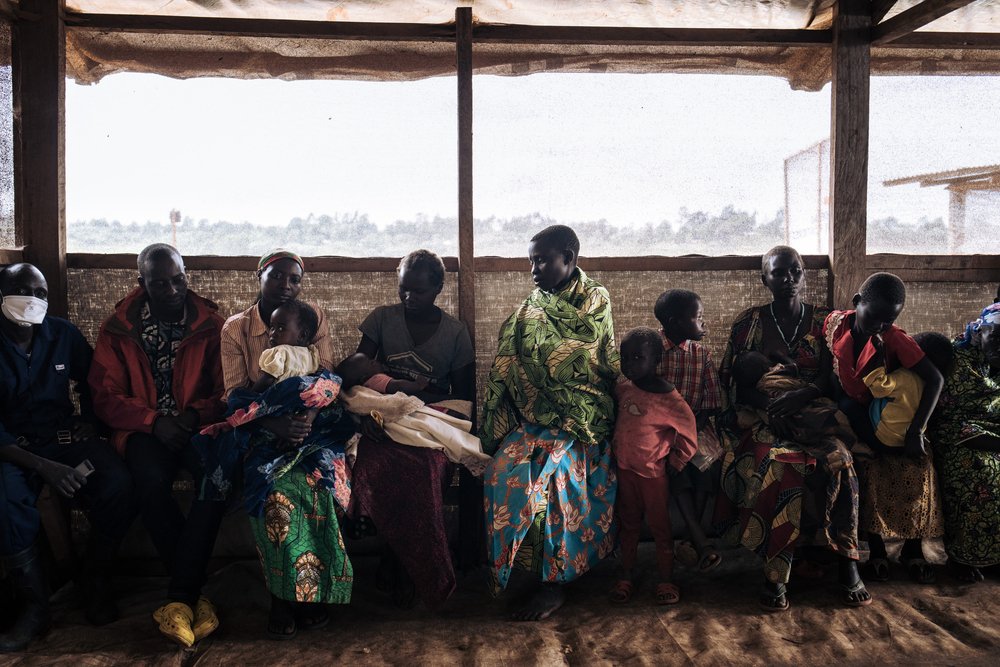 “People have been facing many difficulties; the cold, the lack of shelters and latrines."

"Clashes between armed groups have led to the massive displacement of people, including health workers who are no longer at their patients’ bedside," says Dr Benjamin Safari for Médecins Sans Frontières (MSF) in Drodro.

“The health needs are enormous"

“The health needs are enormous." 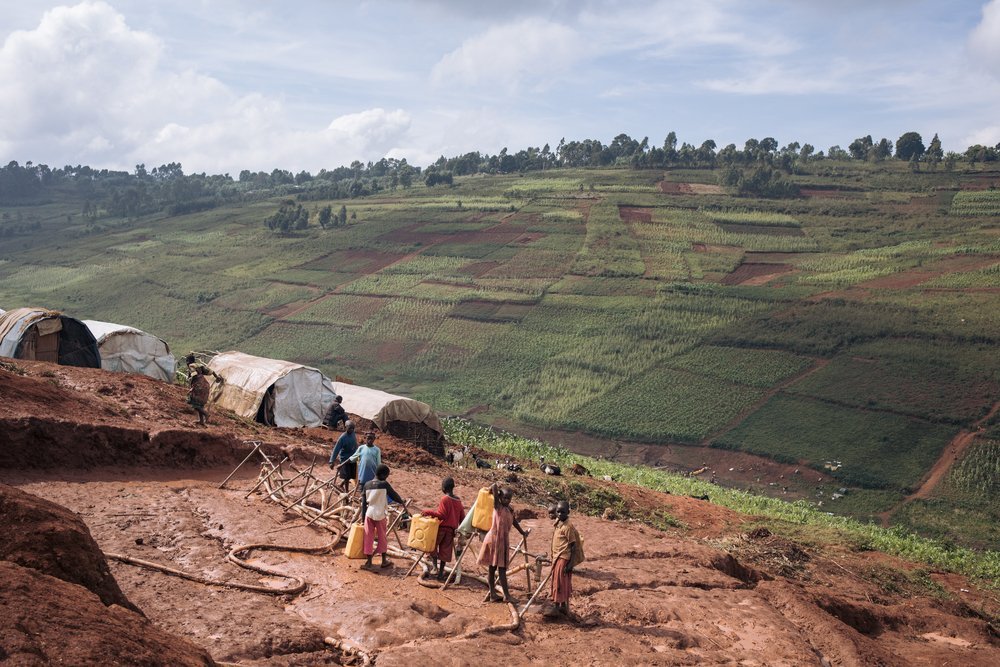 "We have launched several activities to strengthen our response, especially for children under 15," he says. 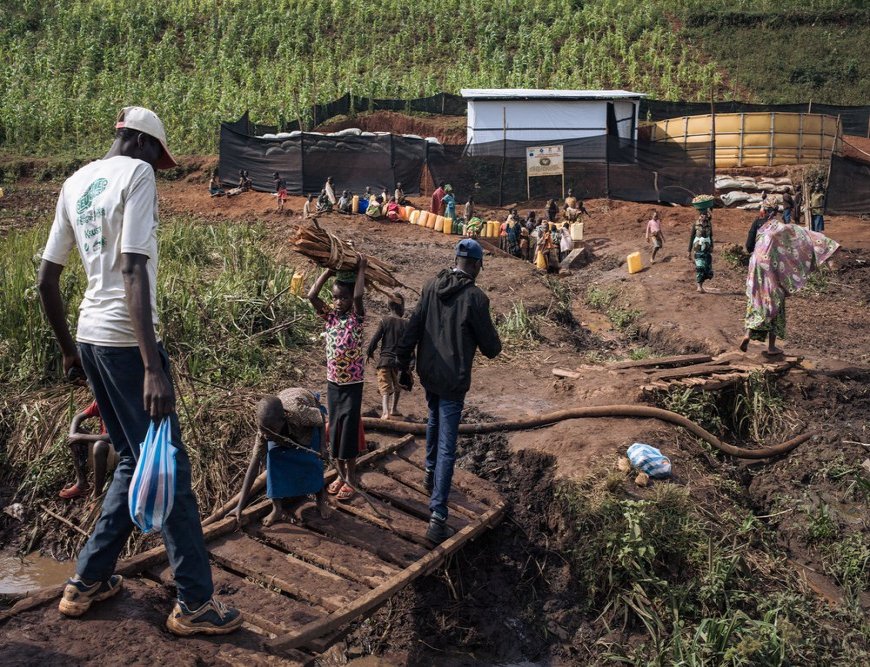 Originally, the clinic set up in the camp was intended to refer patients requiring more intensive care to the better-equipped general referral hospital in the town of Drodro.n

However, following the latest clashes that destroyed parts of Drodro and forced people into the camp of Rhoe, our teams transformed the clinic into a field hospital to help the now more than 65,000 people; an increase of 40,000 people in two months. 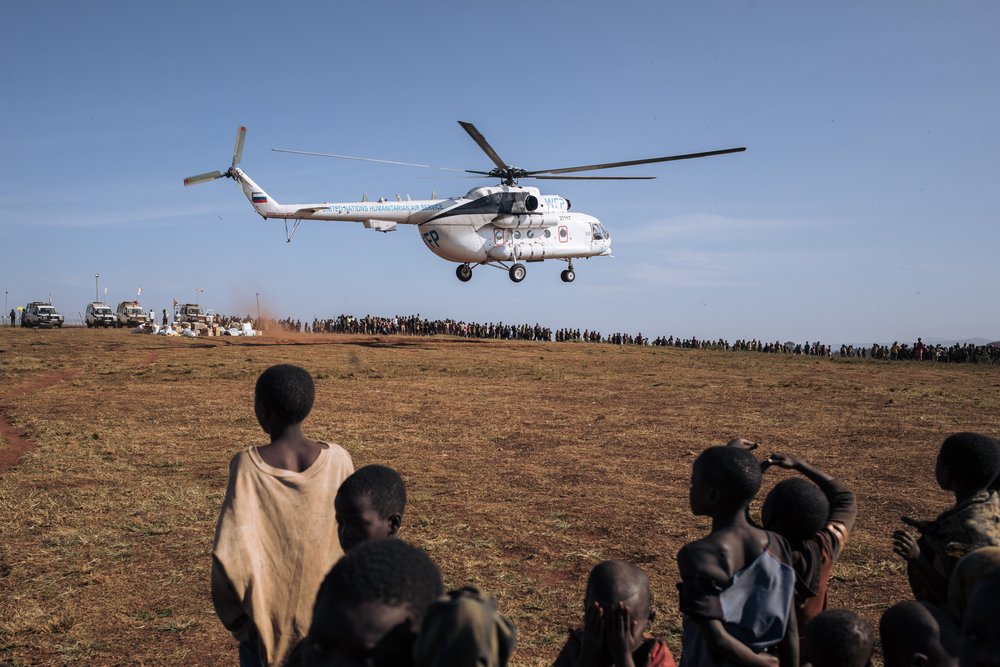 In the past few weeks, our teams carried out an average of more than 800 consultations per week, assisted 35 deliveries, and treated several dozen patients requiring mental health care.

In addition, our health promotion teams have conducted health awareness sessions at the site, with the aim of detecting cases of acute malnutrition, diseases with epidemic potential and providing information on support services for potential victims of sexual violence. 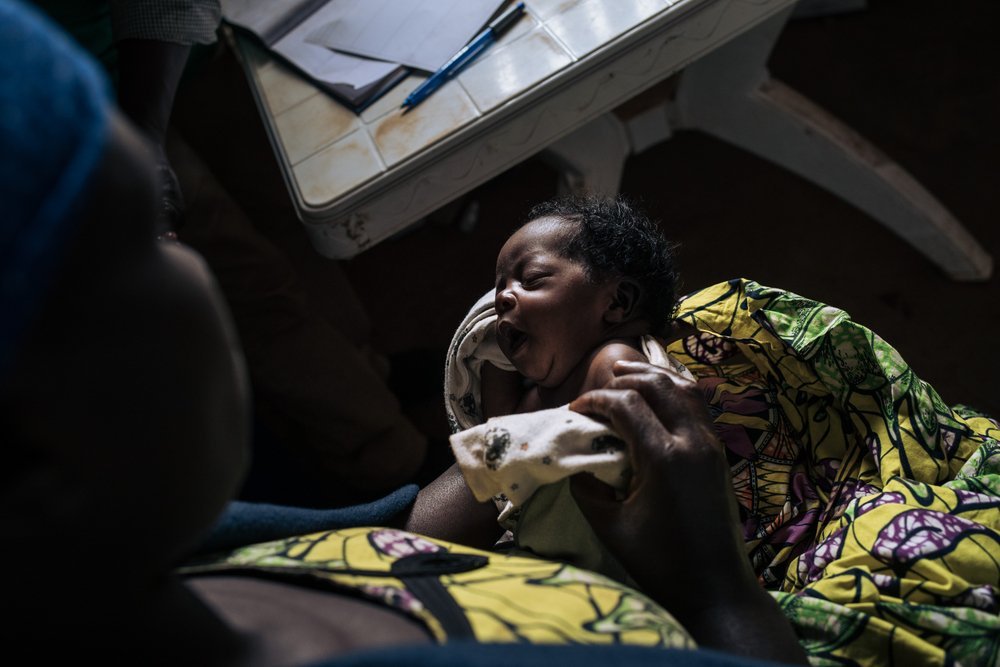 “Although some people are starting to return to their homes, in the fragile relative calmness of the last few weeks, the needs remain high and our access to people is limited,” says Davide Occhipinti, MSF’s project coordinator in Drodro.

“Those who remain in Rhoe have nowhere to go."

“We will be unable to follow up these people to Drodro if it is not safe for the healthcare staff," he says. 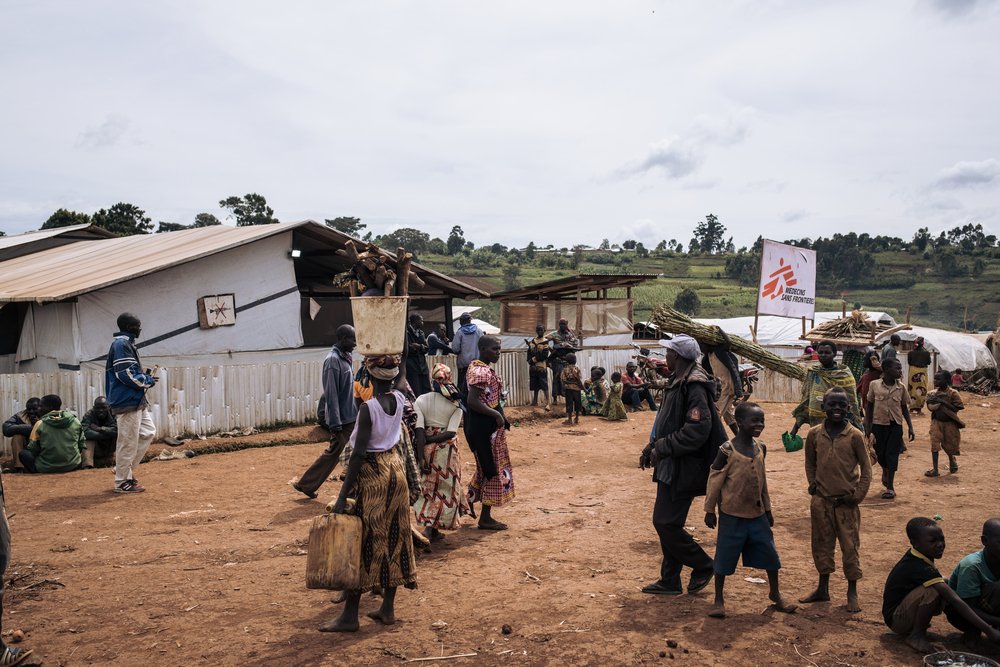 “Those who remain in Rhoe have nowhere to go." 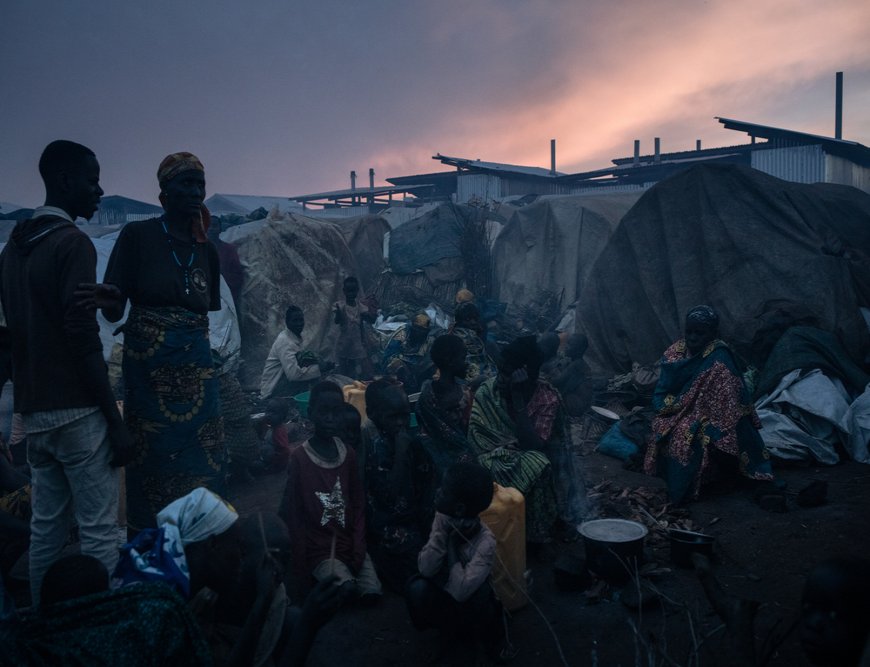 "The communities fighting in the area have been neglected for too long and we will not solve their problems with bandages and medicines." 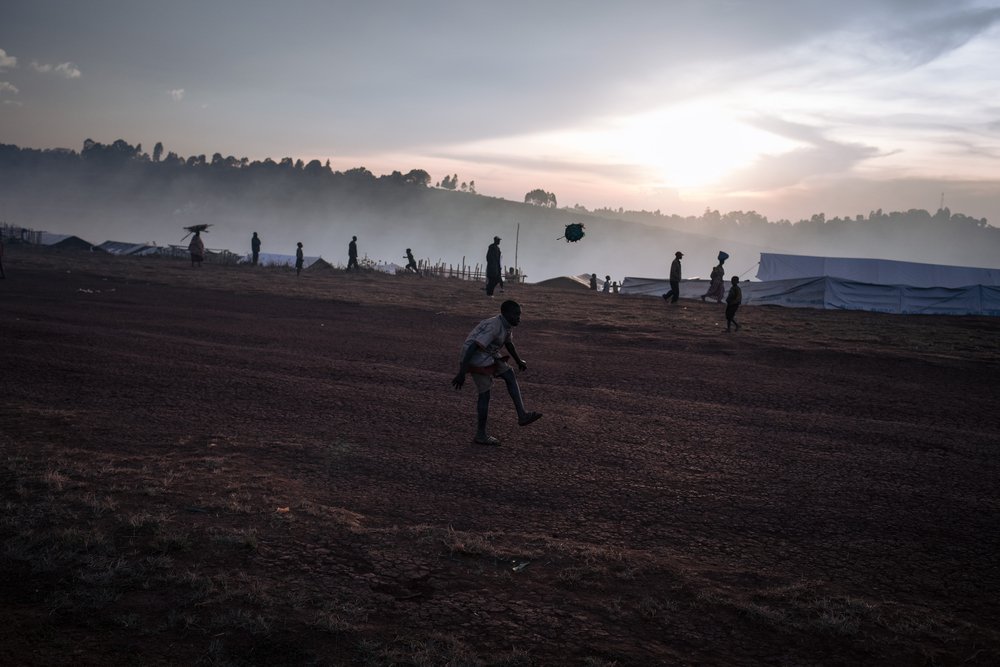 "The Congolese state and its international partners need to take responsibility for reversing the dynamics of this vicious cycle that leads to more and more deaths, injuries and displacement," says Occhipinti.