Nearly two weeks after the eruption of volcano Mount Nyiragongo, in northeastern Democratic Republic of Congo (DRC), many people are struggling to survive in the areas to where they fled. Despite ongoing seismic activity and official warnings, many displaced people are returning to Goma searching for food, water, and medical care. Médecins Sans Frontières (MSF) is scaling up our support, but more humanitarian aid is still urgently needed.

“We must act immediately, or this humanitarian crisis will deteriorate further,” says Marc Dolade Serra, MSF head of mission in DRC.

“The displaced people need more than what we can provide; they need food, temporary shelter, hygiene kits, water and healthcare.”

Thousands displaced with a lack of shelter, food, water

Of the 400,000 people who fled the city of Goma – the capital of North Kivu province – in the aftermath of the eruption, some 234,000 are still on the move, displaced across different towns in North and South Kivu provinces. 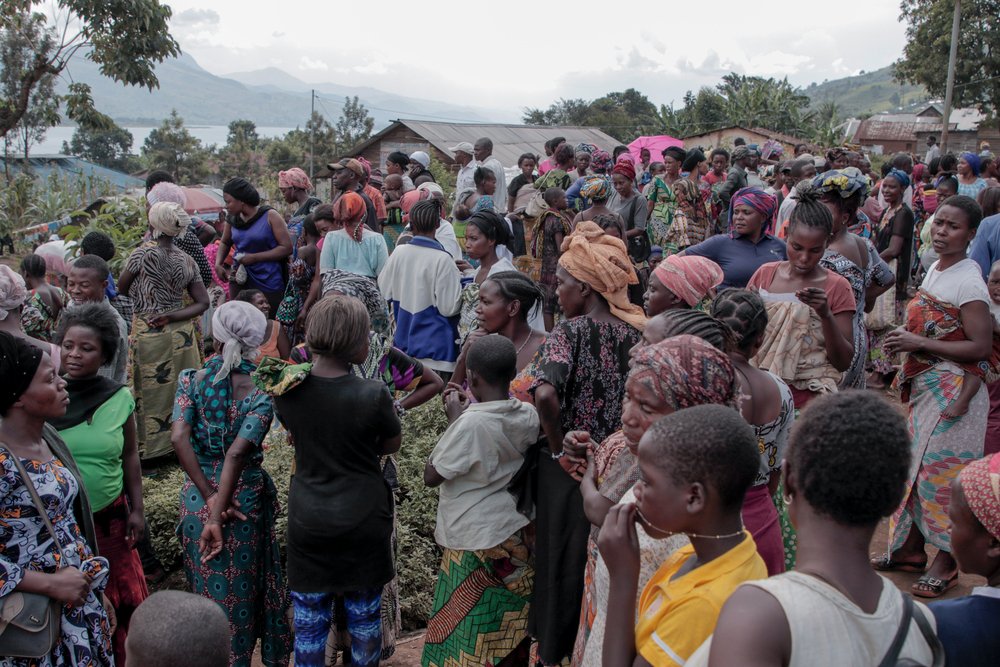 People had to leave their houses in a hurry, and many took nothing with them.

"In the town of Sake, there is a lack of drinking water, food, and shelter"

“Most of us fled with nothing, without money,” says Magene David, one of the displaced people who went to Sake in search of shelter. 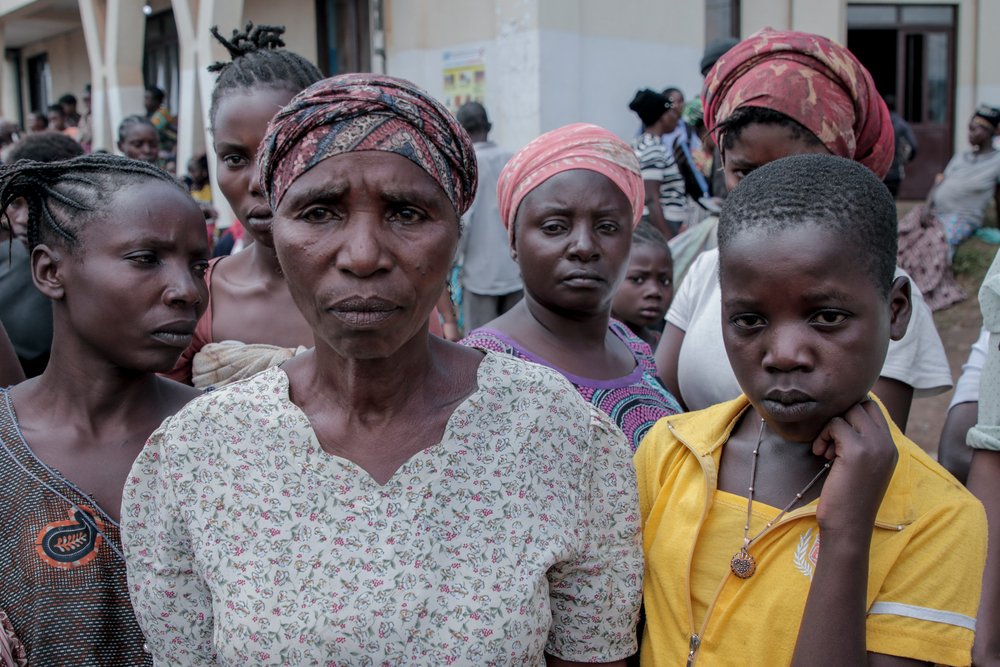 Displaced people from Goma in Minova.

“MSF provides us water, and this help us, but we have nothing to eat. We sleep outdoors, in the cold, with no blankets.”

In both Kirotshe health zone and in Rutshuru, many people have not been able to find shelter in the host communities and are living in makeshifts settlements or in public buildings like schools, churches, and mosques.

Worse, many are sleeping in the open air, such in stadiums. 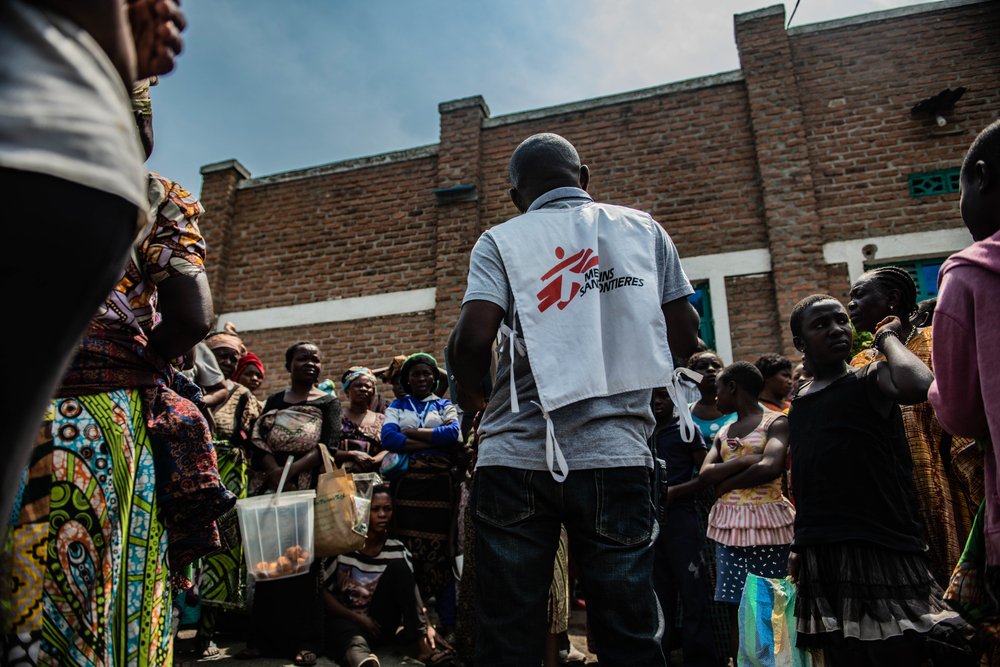 Moses Sawasawa
KAMALE HUBERT, MSF health promoter, performs a session of health education about hygiene for the displaced people in Sake at the site where they are sheltered.

In the town of Sake, there is a lack of drinking water, food, and shelter. 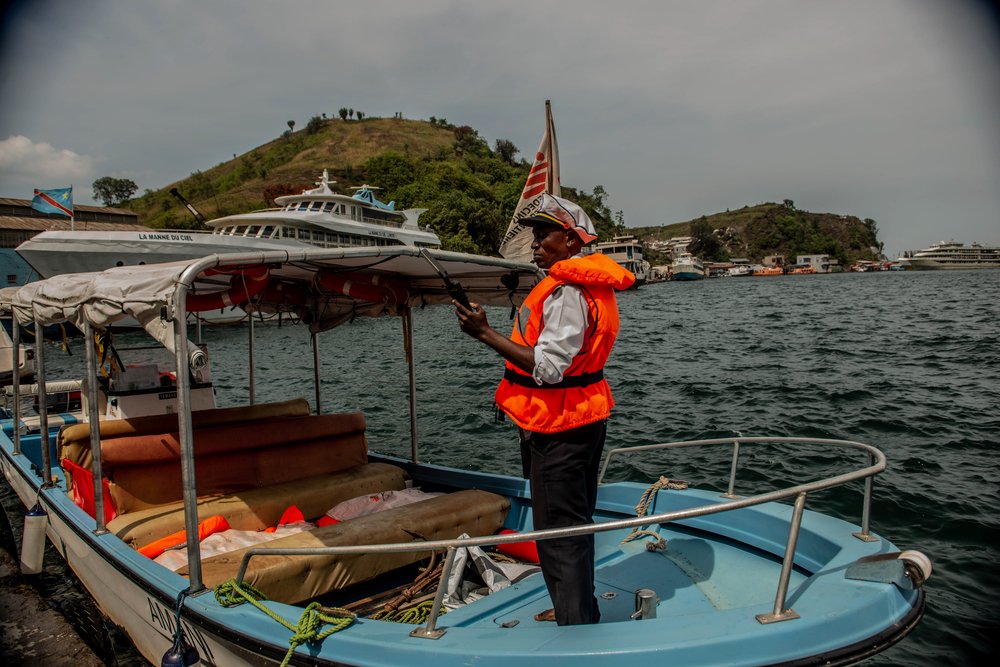 MSF scales up response across North and South Kivu provinces

MSF teams are responding in multiple places across North and South Kivu provinces, including in Kirotshe health zone, Rutshuru, Sake, and in and around Goma. 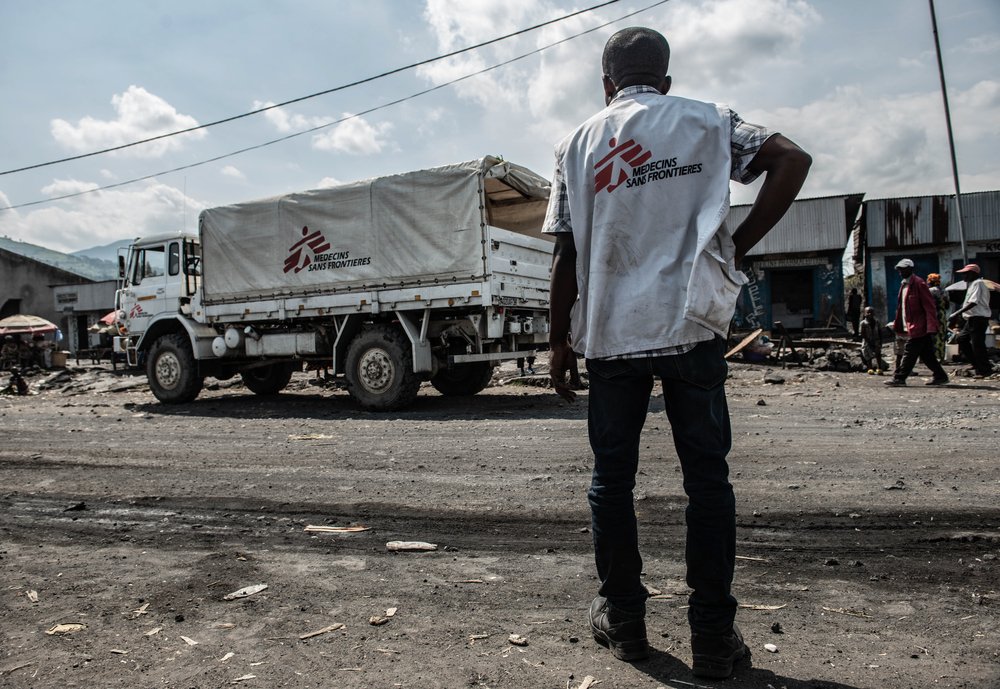 We are improving water and sanitation facilities in places where the displaced people are settled, building latrines, handwashing points, and showers.

We are also providing medical care and improving access to healthcare for people across the two provinces in the locations we’re working. 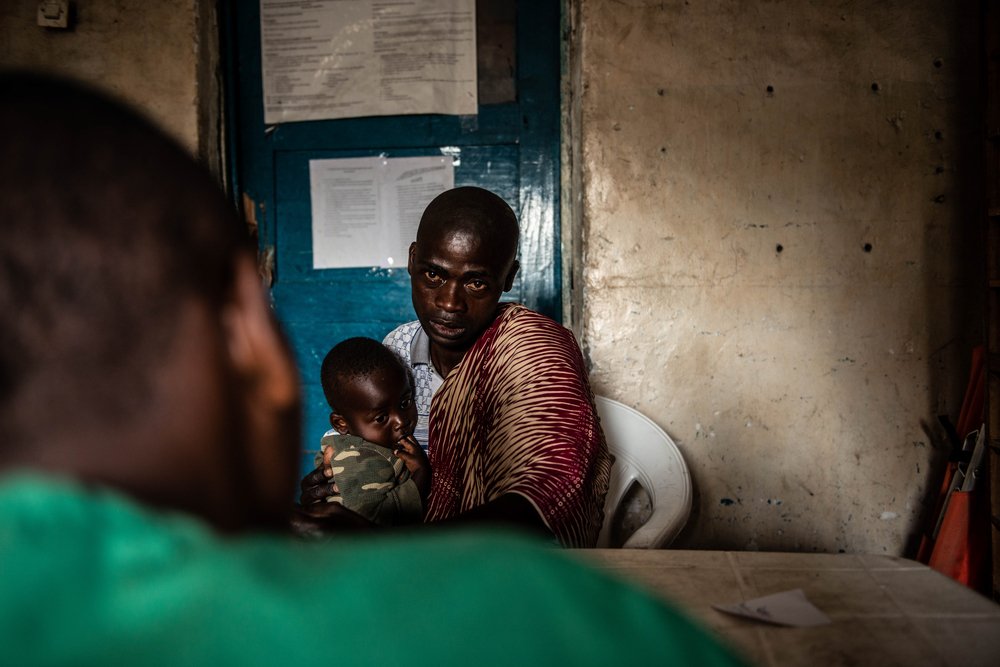 "Located around six kilometres from the lava flow, teams have conducted some 170 consultations between 29 and 31 May"

MSF is also improving the access to water and sanitation in these facilities and is building tents to accommodate mobile clinics in the most crowded areas. 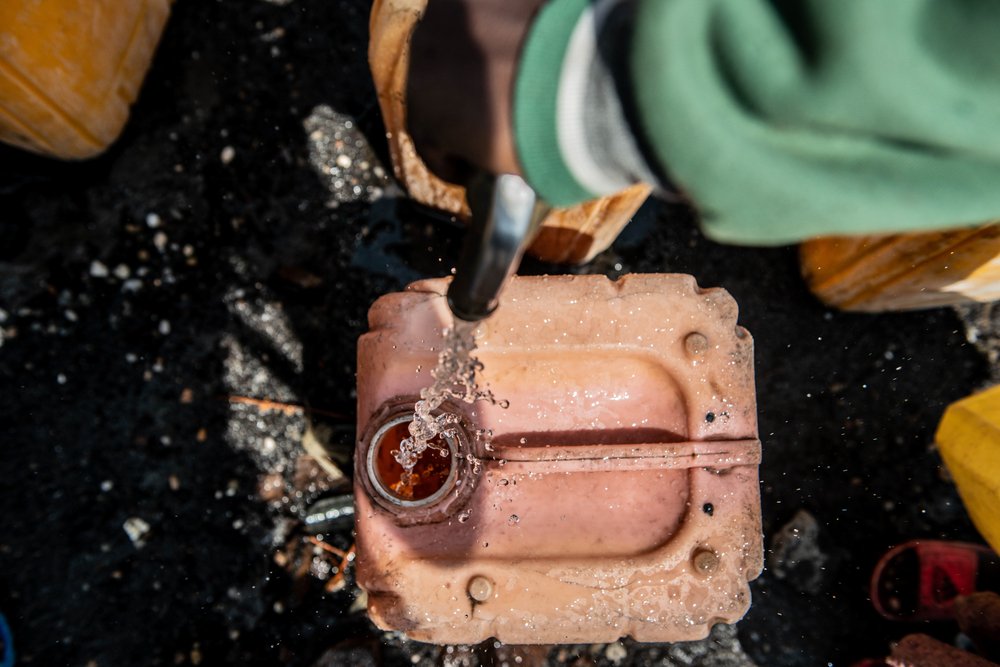 In Goma and surrounding areas, our teams are providing free basic healthcare consultations, and medicine and hygiene items to the displaced.

MSF medical teams are also reinforcing cholera surveillance and monitoring systems in four health centres in the city, where we are already supporting cholera-related activities in collaboration with the Ministry of Health. 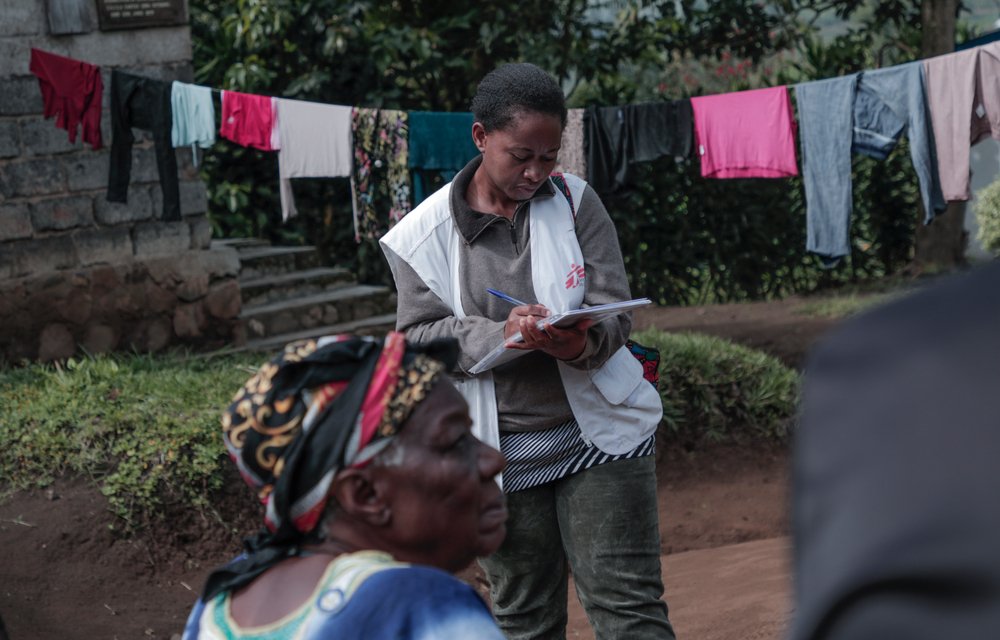 Some 200 children living on the streets of Goma and supported by MSF are receiving food, water and sanitation items.

On the now re-opened road between Goma and Rutshuru, MSF works with existing clinics and has set up an additional consultation point in Kibumba. 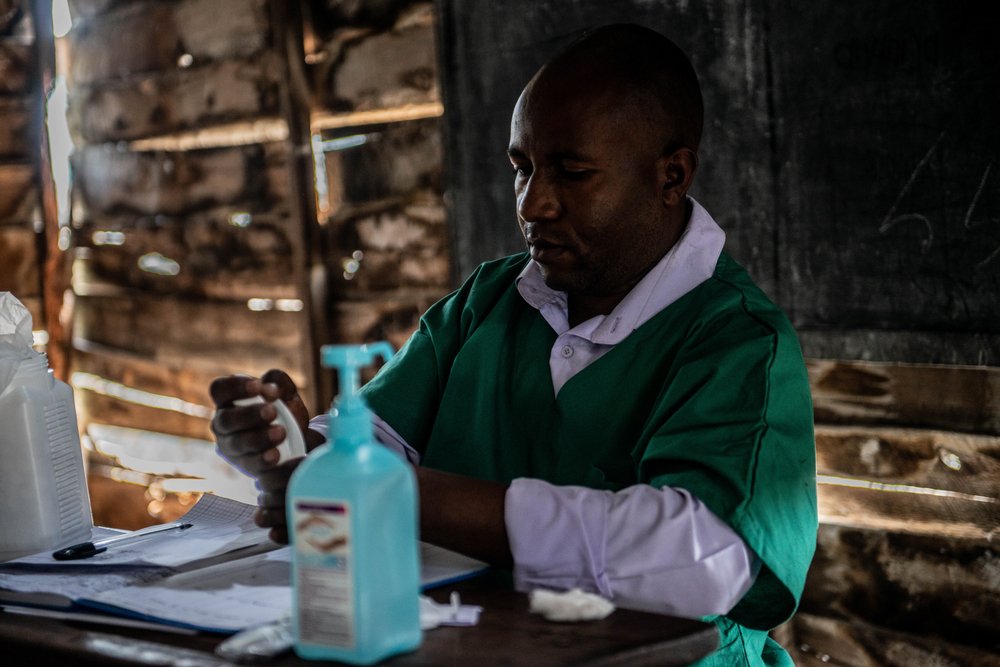 Located around six kilometres from the lava flow, teams have conducted some 170 consultations between 29 and 31 May.

We will also provide water to Kibumba health centre and hospital, situated three kilometres from the main road, where some displaced people are being hosted.

Sake, 25 kilometres from Goma, now hosts an estimated 36,000 displaced people, putting additional pressure not only on the local health facilities, but also on the water supply. 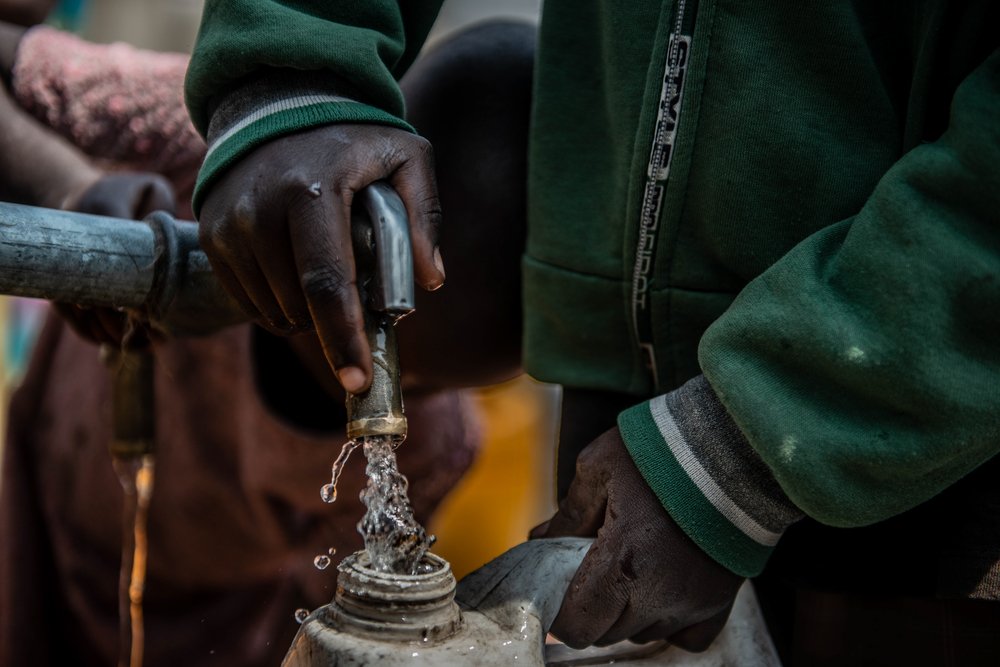 In five days, the medical teams have carried out more than 1,500 consultations. 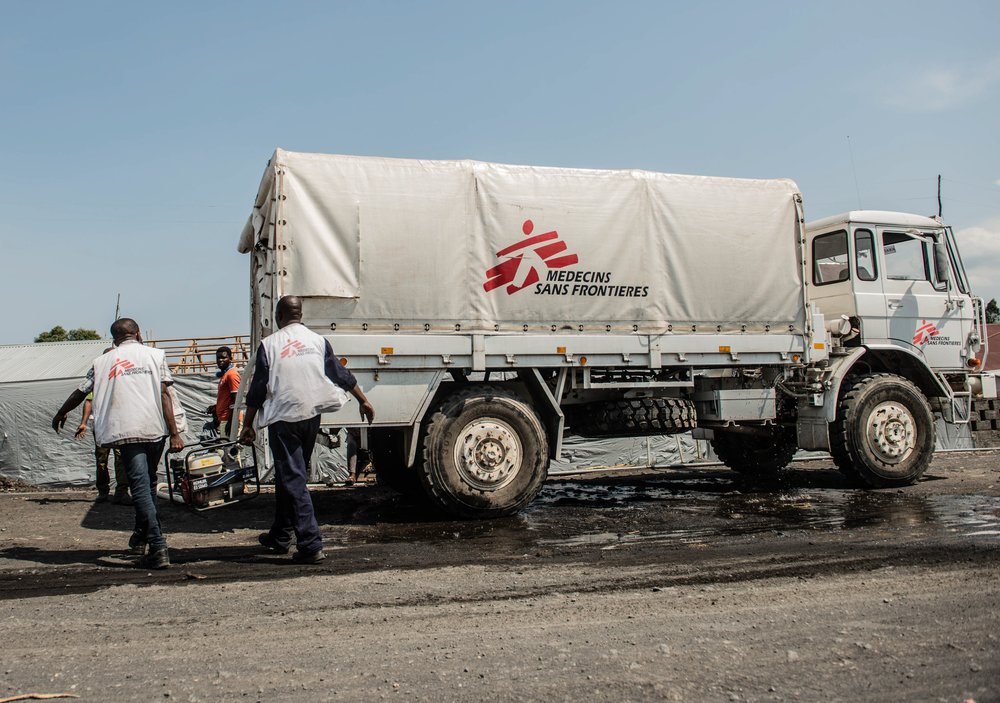 MSF provides drinking water in the town of Sake in order to avoid a waterborne disease's outbreak after the arrival of thousands of displaced people.

We’re also providing clean water and a total stock capacity of 180,000 litres has been installed; three trucks make eight to 10 trips per day each to keep the water supply bladders filled.

On the watch for cholera

More than 90 MSF health promotion staff are also supporting the emergency intervention in Sake, identifying sick people and directing them to the health centre, as well as providing information about hygiene, COVID-19, and cholera. 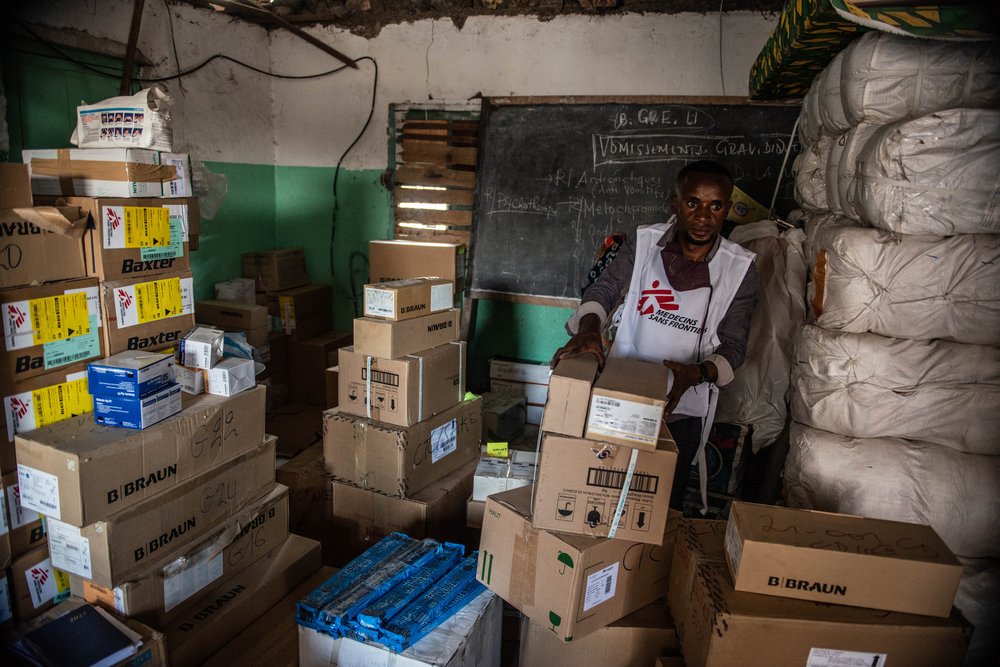 Cholera, a waterborne disease, is endemic in the area and there is concern that an outbreak can arise due to the poor conditions in which displaced people are living.

To avoid an outbreak, we are providing clean water to host and displaced communities, and have distributed 243,000 litres in the first four days of our activities. 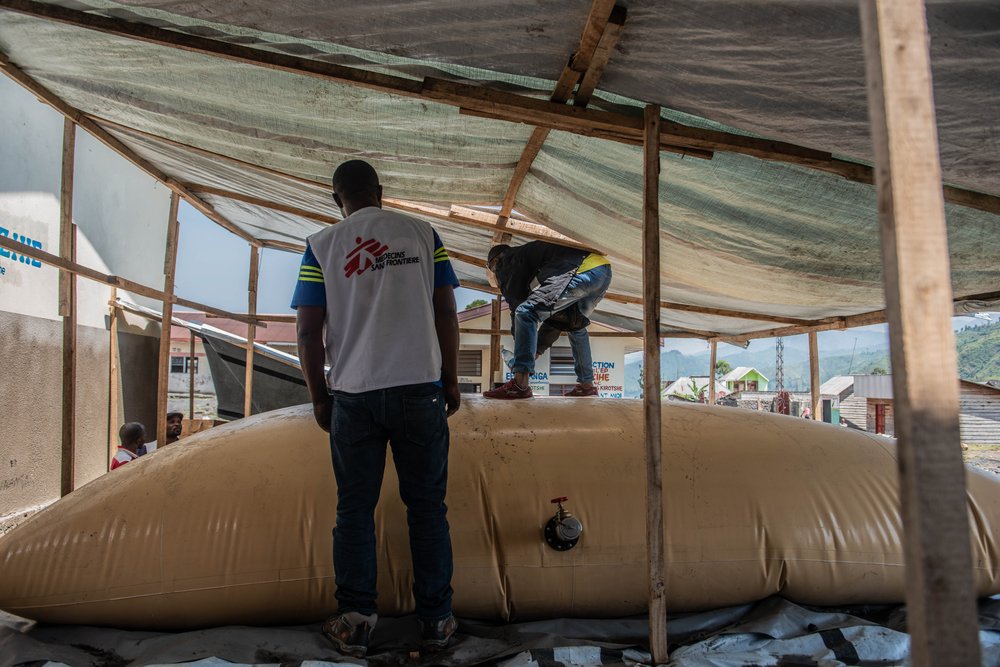 Moses Sawasawa
A water bladder for the new water point installed in Sake by MSF.

Chlorination points and latrines were also built to improve the water and sanitation situation in Sake and prevent the spread of disease.