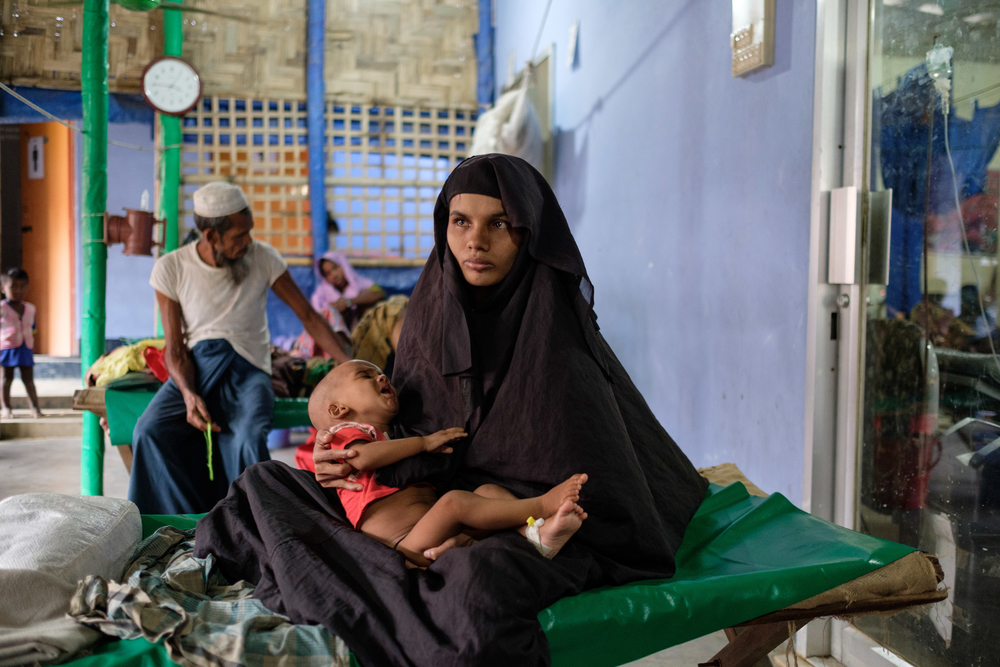 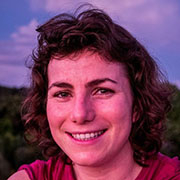 Diphtheria in Bangladesh: A disease of the past rears its ugly head

Diphtheria is a disease of the past in most countries given you can vaccinate against it and treat it. It was a disease that I had been taught at medical school and not one I ever thought I would see in person over the course of my career.

Despite being a preventable disease, diphtheria outbreaks currently exist in Yemen and Venezuela.

Both countries have extensive instability disrupting their health systems, which leads to limited or no access to vaccinations. Now, diphtheria is very much present among the Rohingya population in Bangladesh.

The Rohingya are a largely unvaccinated population that is now living in over-crowded, precarious makeshift settlements since fleeing Myanmar.

I was away when the first diphtheria case presented at the Kutupalong clinic. The doctor on duty diagnosed it, reported it and started treatment. Unfortunately, the patient left and never came back.

Over a week later we had our second case: a young boy who presented with swelling of the neck, fever, sore throat and upon examination, a pseudomembrane (a thick, grey layer of debris covering the throat).

This was the first case I had ever seen; it was textbook diphtheria. We admitted him to an isolation room and started treatment.

We prescribed antibiotics, and although I was concerned it may obstruct his airway, with limited resources we had no other choice. We continued to monitor him as he remained in isolation. 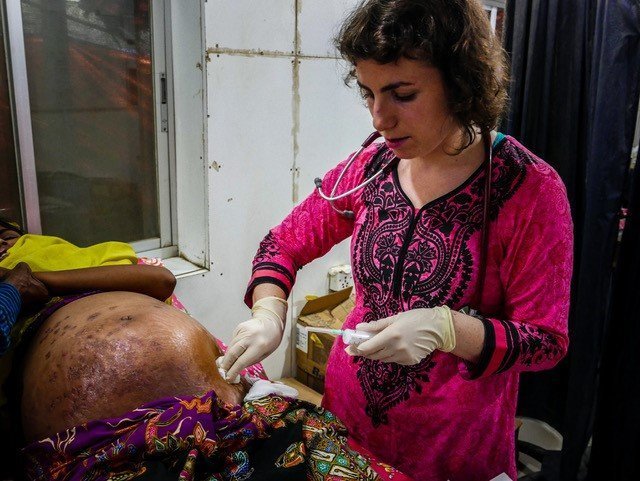 Over the next few days, the boy showed signs of improvement: the swelling in his neck went down, he was able to swallow and started to eat.

We arranged for his parents and seven brothers and sisters to get prophylactic antibiotics and vaccinations.

The prognosis was looking positive until one morning the boy’s heart rate dropped critically. We tried everything we could to bring his heart rate up but unfortunately, he died of cardiac failure, which had likely developed as a result of diphtheria toxin produced by the bacteria.

The toxin can significantly affect the heart, kidneys and central nervous system. It can be treated with an anti-toxin but this wasn’t available in Bangladesh.

We started seeing a steady stream of two cases per day. The fatality rates were high with patients presenting too late with severe symptoms; many with near airway obstruction on arrival.

It was easy to imagine the future scale of the problem as the patients were all from families of 10 or more living in a single shelter in the camp.

Add to this, the fact that everyone we were seeing hadn’t been vaccinated during childhood. These are all ideal conditions for a disease spread by respiratory droplets to propagate.

The number of cases increased rapidly. The Kutupalong clinic was already overwhelmed with patients and not designed for the number of admissions needing isolation.

Our inpatient capacity had already risen from 70 beds when I arrived nine weeks ago to more than 100 beds.

Luckily, this is the sort of emergency crisis that MSF is known for. A decision was made to move all cases of diphtheria to MSF’s other clinic in Balukhali makeshift settlement.

This was a mother and child facility which had only recently adapted to pre-emptively respond to potential hepatitis E cases. It was quickly turned into a diphtheria isolation ward.

Every outbreak needs a completely different set of supplies. We needed different antibiotics for both treatments and to act as prophylaxis for family members.

We needed more masks to protect family members and staff from contracting the disease; and of course, we needed vaccinations.

Ian Cross/MSF
Nina with an infant in Kutupalong clinic.

A plan for a vaccination campaign was made by the Ministry of Health with the support of other actors. MSF has been supporting by setting up fixed points in all our health posts.

This is the third recent vaccination campaign in Cox’s Bazar, following cholera and measles.

But this campaign poses even more logistical and technical challenges than the previous two, as it requires a course of three vaccines administered one month apart.

It’s going to be a huge challenge to ensure the target populations receive their three doses. It also means we will need to wait to see the effect of the vaccine immunity.

MSF epidemiologists are modelling the outbreak; helping to plan how much supply we will need; how much capacity for isolation we need; and coming up with solutions to try and control the outbreak.

The outreach team are actively searching for cases to encourage earlier admissions. They are mapping and tracing cases, helping to ensure prophylactic antibiotics are given to contacts of cases and educating the community about the disease.

Over the duration of one week, the Balukhali clinic expanded from having a diphtheria isolation ward to becoming a diphtheria treatment centre (other patients are being moved elsewhere).

In its busiest day to date, the clinic saw over 180 patients.

Having been so surprised to diagnose my first case of diphtheria, I am starting to feel like I am an experienced old timer at the diagnosis.

The faint good news is that a larger proportion of patients are doing better and improving on treatment compared to our initial few cases; probably due to earlier presentation and treatment.

The saddest thing is this vulnerable population who have already been through so much trauma having been forcibly displaced from their homes, subject to violence and now living in terrible conditions are being hit by a disease that is completely preventable with only basic access to healthcare and a routine vaccination that was invented over 90 years ago.

FIND OUT MORE ABOUT DIPHTHERIA >