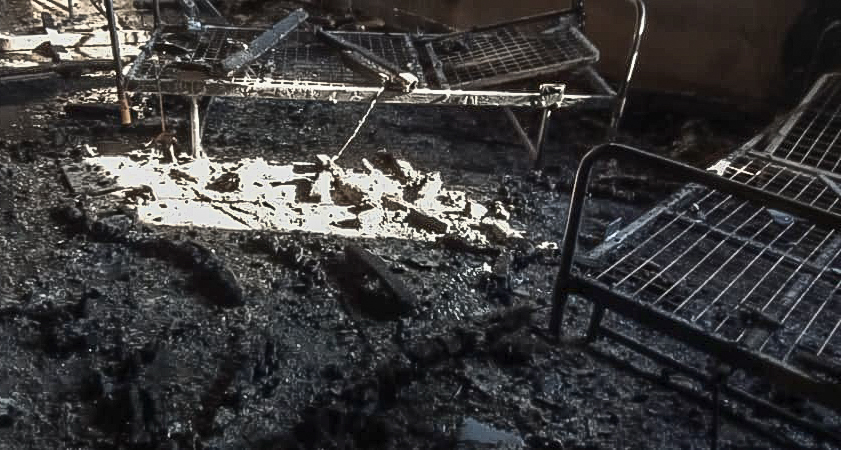 On Monday 7 June 2021, the city of Boga’s General Referral Hospital (GRH), which is supported by Médecins Sans Frontières/Doctors Without Borders (MSF), has been the target of a deliberate attack in the context of ongoing clashes in the city. The overall toll of the clashes so far is estimated at around twelve deaths, including ten civilians, and the hospital has been completely destroyed. Several buildings were burnt down, including the intensive care unit, and the pharmacy and medical reserves were looted. Nine wounded have been admitted to the Gety general hospital, which is supported by MSF.

This incredibly violent attack prevents the Boga hospital from running and caring for very vulnerable people, even as it was the last remaining healthcare facility in this health zone for the more than 80,000 people who relied on it. 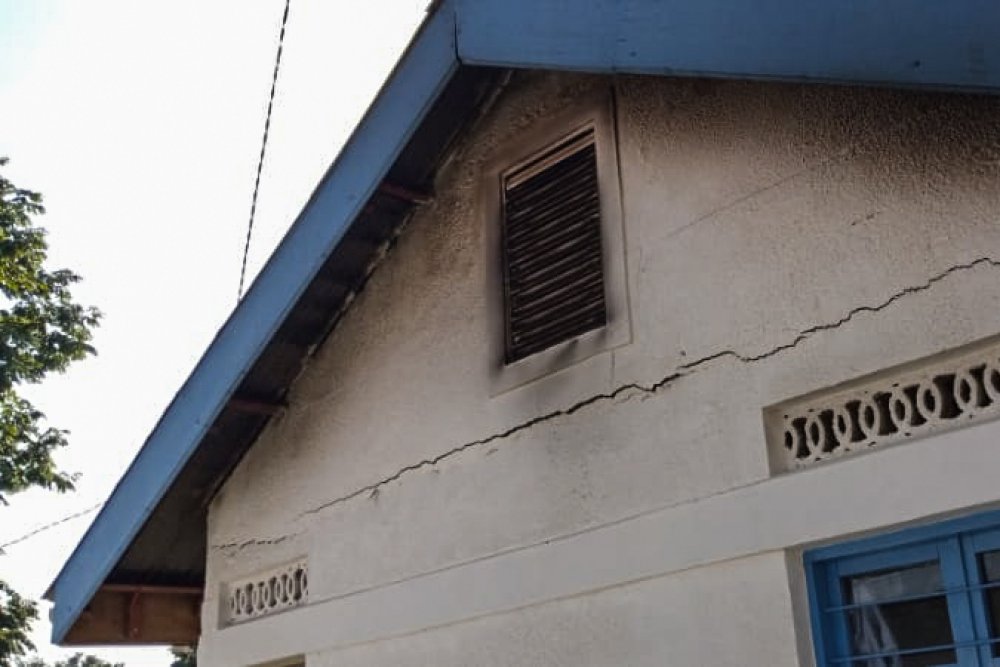 View of the General Hospital of Reference in Boga, Ituri Province, Democratic Republic of Congo (DRC), after a brutal attack on June 7, 2021.

Hundreds of children suffering for malnutrition will no longer have access to the therapeutic nutrition programme developed by Médecins Sans Frontières (MSF) and thousands of people are left with no access to healthcare.

MSF teams are appalled at the extent of the damage that this healthcare facility suffered. 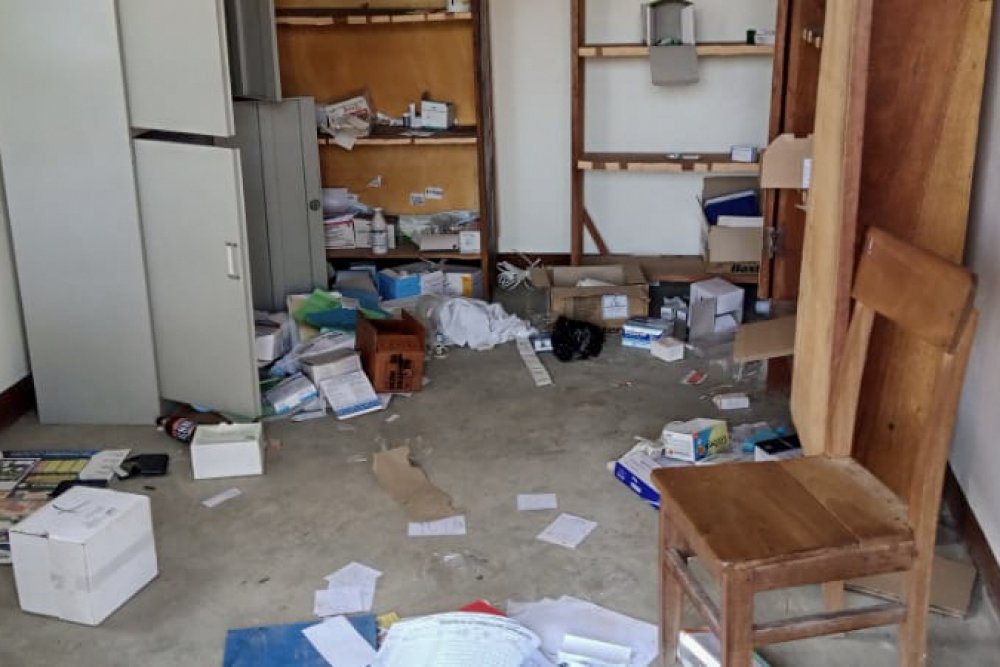 Ministry of Health, DR Congo
View of the General Hospital of Reference in Boga, Ituri Province, Democratic Republic of Congo (DRC), after a brutal attack on June 7, 2021.

Médecins Sans Frontières (MSF) had coordinated this hospital’s construction between 2017 and 2020, as a response to the dire lack of healthcare services in the health zone.

"Everything went up in smoke in a matter of hours... "

“Everything went up in smoke in a matter of hours even as we were tirelessly claiming how vital this facility is for the region’s inhabitants”, says Frédéric Lai Manantsoa, MSF head of mission in DRC. 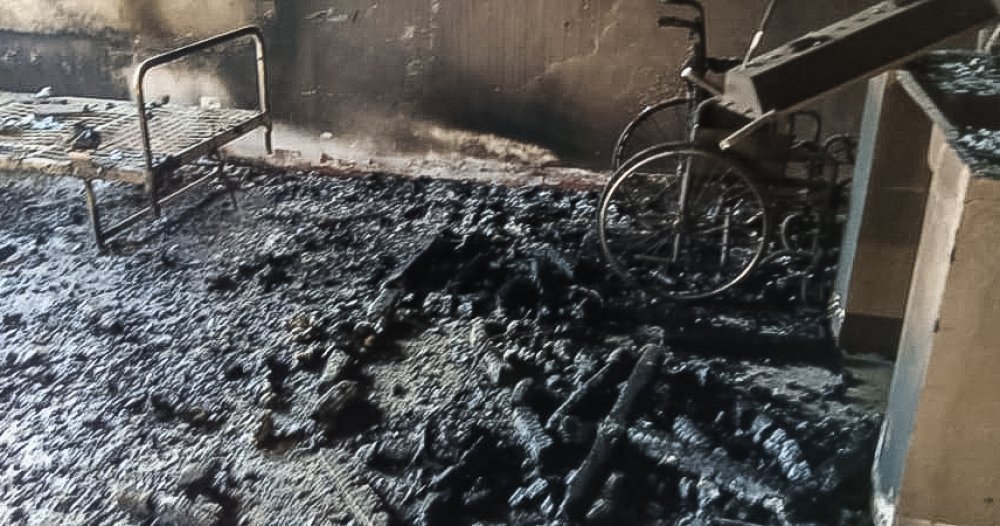 View of the General Hospital of Reference in Boga, Ituri Province, Democratic Republic of Congo (DRC), after a brutal attack on June 7, 2021.

In the past few months, MSF consistently raised the alarm about rising insecurity, which only adds to a new wave of children suffering from malnutrition and a rise in cases of sexual violence, which prevent women from working in the fields.

“Hospitals in conflict zones must remain protected and neutral spaces. Everyone involved in the conflicts in Ituri must respect patients and healthcare workers’ humanitarian action”, says Frédéric Lai Manantsoa. 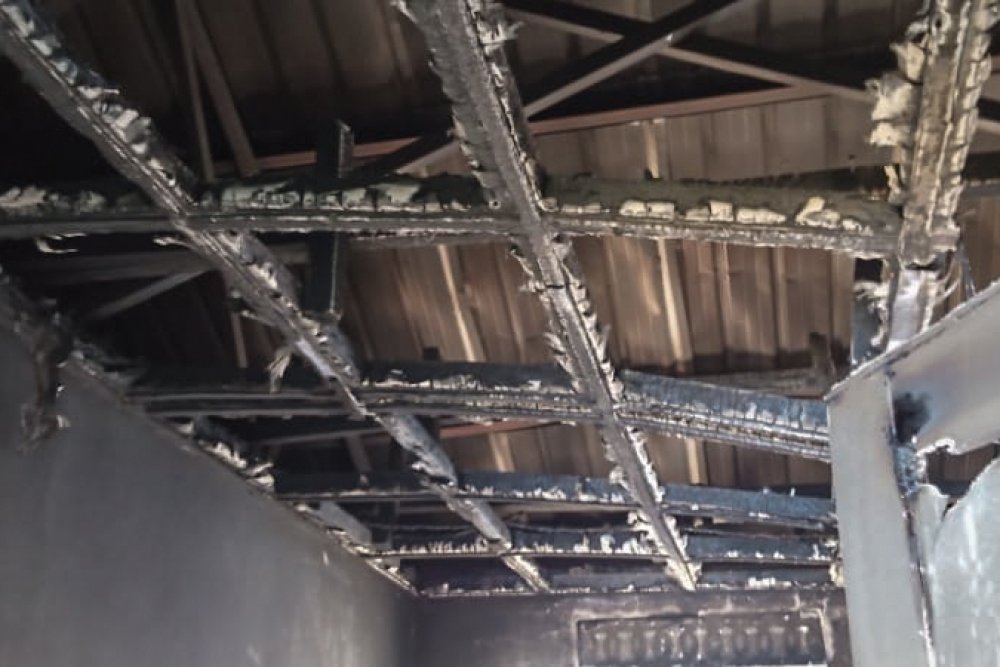 Ministry of Health, DR Congo
View of the General Hospital of Reference in Boga, Ituri Province, Democratic Republic of Congo (DRC), after a brutal attack on June 7, 2021.

MSF is profoundly outraged by this attack, which violates international humanitarian law and will have dire long-term consequences.

As long as the different groups involved in the conflict fail to understand the vital need for protecting healthcare in Ituri, humanitarians and healthcare workers are bound to face an absurd and endless cycle of constantly building back facilities which are doomed to be destroyed again.