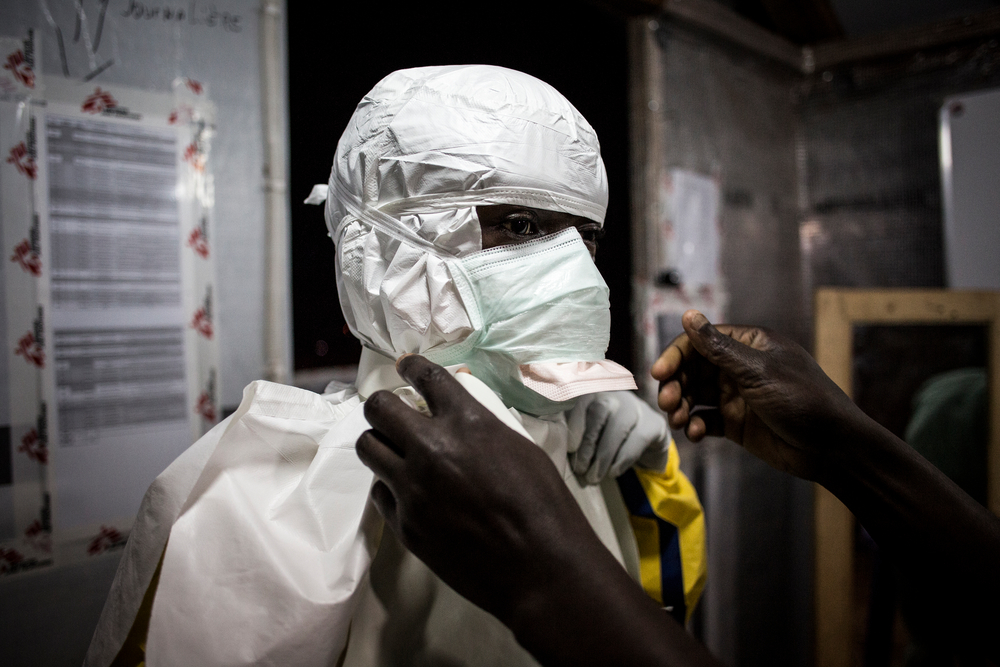 The Ebola epidemic continues to spread through the Democratic Republic of Congo (DRC)’s North Kivu province. The newest areas to be affected include the city of Butembo, home to one million people, and a number of isolated areas that are hard to reach. So far, 440 people have been infected with the virus, 255 of whom have died. Teams from international medical organisation Médecins Sans Frontières/Doctors Without Borders (MSF) continue to strengthen their efforts to help bring the epidemic under control.

This is DRC’s tenth and most serious epidemic of Ebola since the virus was discovered in 1976 near the Ebola River in what was then called Zaire. Forty years later, despite a massive and coordinated mobilisation by the World Health Organisation (WHO), the Congolese Ministry of Health and organisations such as MSF, the deadly virus is still spreading.

The newest urban locations to be affected are the city of Butembo, as well as Kalenguta, 25km to its north, and Katwa, 30km to its east. These places have all seen an increase in confirmed cases of Ebola as well as some resistance from the community. For now, the number of cases in Butembo’s city centre is low, but cases are rising quickly in its eastern suburbs and outlying isolated districts. 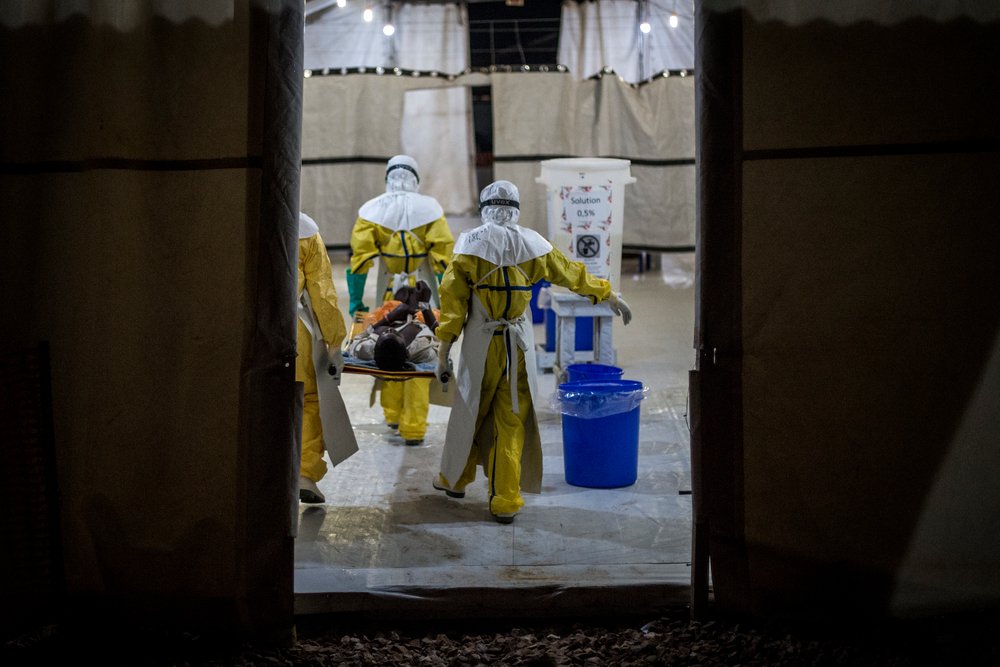 “We are very concerned by the epidemiological situation in the Butembo area” says John Johnson, MSF project coordinator in Butembo. “We now know that this outbreak will last and that we must increase our efforts to get it under control. With the agreement of the authorities, we have made a strategic decision to roll out our activities close to the affected populations and to organise training of key people in the community so that we can reach patients and their relatives.”

MSF’s efforts to reach people suspected of being infected with Ebola, who live in isolated areas, have had initial success. New cases are being reported from these areas and patients are being brought to Butembo, where MSF manages an Ebola treatment centre in collaboration with the Ministry of Health. The number of beds in the Butembo centre has recently been increased to 64.

Meanwhile, MSF has reinforced its activities to decontaminate health centres and vaccinate frontline health workers to help contain the epidemic. So far, 2,000 frontline workers have received the Ebola vaccine.

In Mangina, where the epidemic started, no new cases have been reported for several weeks. “We should be able to end our activities in the treatment centre shortly,” says Axelle Ronsse, coordinator of MSF’s Ebola response. 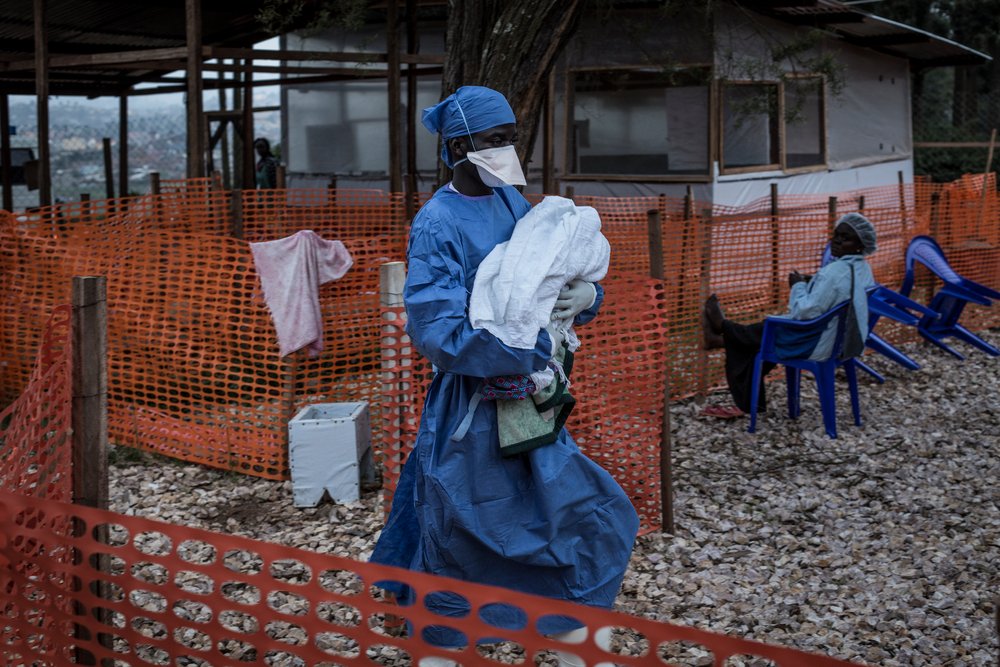 John Wessels
A caretaker already cured from Ebola is seen carrying a four day old baby suspected of having Ebola, into an MSF supported Ebola Treatment Centre (ETC) on November 04, 2018 in Butembo

In Beni, the number of cases per week remains stable. However, new cases are still being confirmed on a daily basis. “To fight this, we have stepped up our medical and health operations by opening a 48-bed transit centre that remains is still busy” says Ronsse. “We also, for example, perform decontaminations in health centres where a confirmed patient has been. But our actions aren’t limited to reactive responses: we have increased our training of health professionals and raising awareness amongst communities of hygiene practices. Four months after the start of the epidemic, we remain mobilised and vigilant in the face of new developments.”

Antoine is in charge of health promotion activities at Butembo Ebola treatment centre. “My daily work is essential in addressing the epidemic” says Antoine. “We want to encourage people to come and get treated as quickly as possible. We also spread the message that recovering from Ebola is possible. We ask every survivor who leaves our centre to become an ambassador and raise awareness by telling their story. Some people who are now immune to the virus can, in turn, provide valuable help, particularly looking after children isolated from their families. It is by working together that we will beat this epidemic. It concerns us all.”

MSF teams have been responding to the Ebola epidemic in North Kivu and neighbouring Ituri province since it was declared on 1 August 2018. MSF is running Ebola treatment centres in the towns of Mangina, Butembo and Tchomia; an isolation centre in Bunia; and a transit centre in Beni. MSF also carries out control, prevention and awareness activities in healthcare centres and amongst affected communities.

MSF maintains complete independence from all political, religious or military powers and observes impartiality in its actions, based on an assessment of medical needs. The independence of the association is ensured by funding, 96% of which comes from private donors.