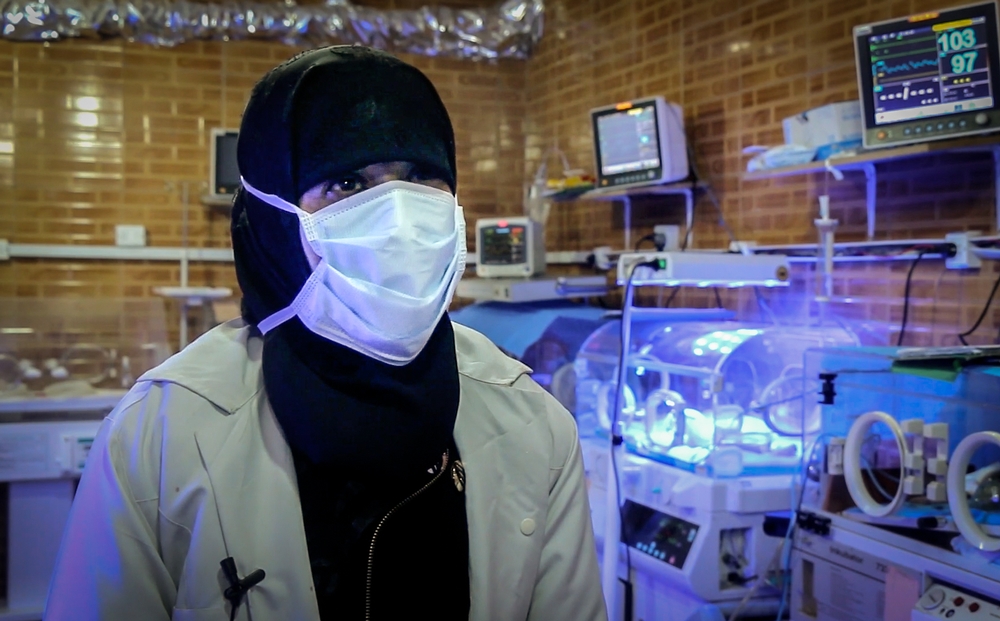 Many of the people trapped in east Aleppo are under 18. The three-month-long siege and weeks of bombing and ground fighting have had a devastating impact on their health.

For children in east Aleppo – whether they are healthy or sick – the situation is becoming more critical each day.

Food, drinking water and medical care are becoming increasingly scarce, while medical staff are struggling to cope with large numbers of wounded.

At least 136 children have been killed and at least 468 have been wounded by airstrikes since 22 September. The hospitals where they are being treated are desperately overcrowded and short of staff, medical supplies and intensive care beds.

One specialist hospital for children

Of the seven hospitals currently functioning in east Aleppo, just one specialises in treating children. There are four paediatricians – two qualified doctors and two final-year medical students – in the besieged area, but no paediatric surgeon.

The shortage of medical staff has already had fatal consequences, according to Al Motassen.

“We had a child who required surgery for an oesophageal diverticulum, but we couldn’t find a doctor available in the whole of east Aleppo. Any paediatric surgeon could have done it, as it’s an easy operation. But there was no such surgeon, and the child died.”

1,500 children in need of urgent care

Some 1,500 child patients currently need specialised medical care that is not available in the besieged area of the city, but with all roads out of the city impassable, no referrals are possible. These include children with cancer, congenital abnormalities and brain damage, as well as those needing certain types of emergency care.

Many parents are afraid of moving around the city while bombing or ground fighting is underway, so they wait at home with their sick children until it is less risky to go out.

“They wait for the warplanes to leave, and when they reach the hospitals, the children are in a far worse condition,” says Riyad Najjar, administrative manager of the only children’s hospital in the besieged area.

“Sometimes they have to wait all night long and, when they do arrive, it is too late or it has been too damaging for the children,” says Aya, a neonatal nurse who prefers not to give her second name. 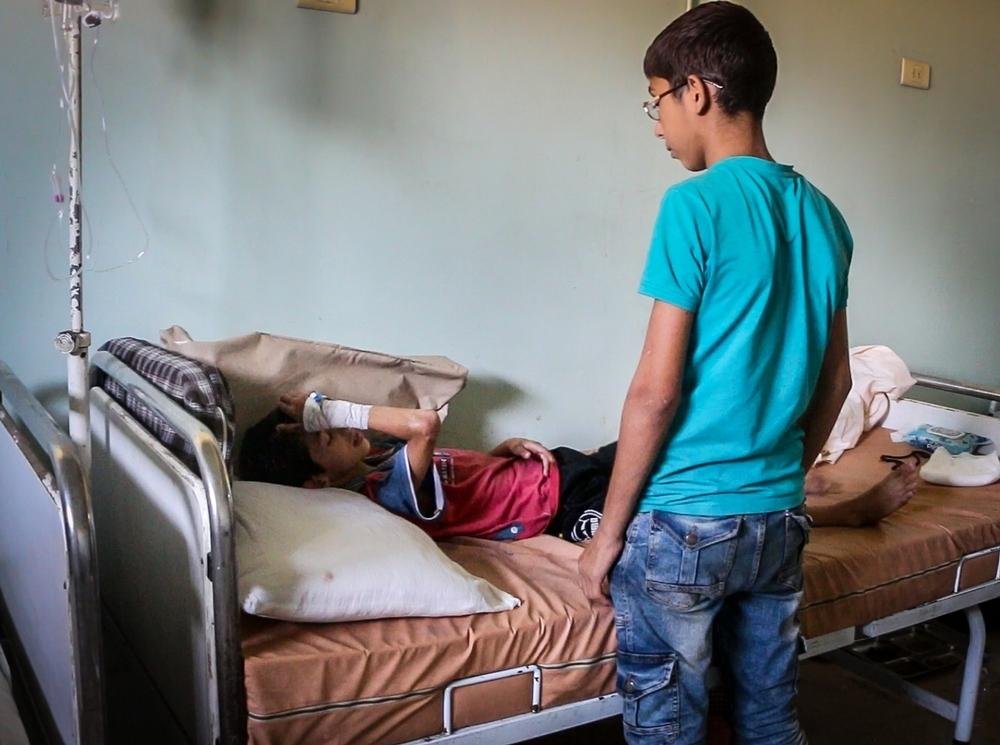 People afraid to go to hospital

Patients in east Aleppo generally stay for as short a time as possible in hospitals, which are known as dangerous places to be – the area’s hospitals have been hit by bombs in 26 separate incidents during the three-month-long siege.

The pressure on medical staff and on hospital beds also contributes to patients spending less time in hospital than they may need, with sometimes tragic consequences.

“Premature babies can need a long period in the intensive care unit before they are ready to leave, but as the time is not available, we are losing many of them,” says Najjar.

Under the siege, medicines are being rationed, and in some cases running out. “Here in the neonatal ward, and also in emergency rooms, many children die because there are no medicines available for them,” says Aya.

Side affects of war

Meanwhile, children with less urgent medical problems are being neglected. Given the hundreds of people wounded in airstrikes over recent weeks, general paediatric care is simply not a priority, say medical staff in one of the hospitals supported by MSF.

After so many years of war, vaccination coverage is patchy and children’s immune systems are low, raising the risk of outbreaks of preventable diseases such as measles, meningitis and polio.

There are suspected cases of all three diseases in east Aleppo, but they cannot be confirmed, as samples can no longer be sent out of the city to a laboratory. 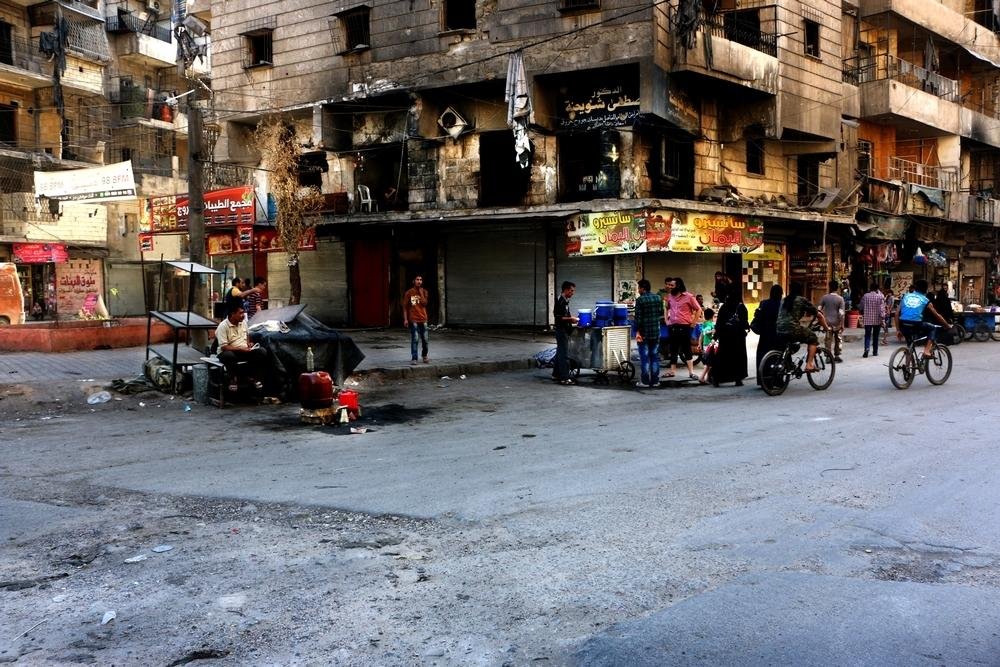 At the same time, there are shortages of many types of food, including meat, dairy products fresh fruit and vegetables, and formula milk for babies.

“There is a serious lack of food for children, including formula milk,” says  Al Motassem. “Some mothers aren’t able to breastfeed, other children have lost their mothers. People can’t find formula milk, so babies are often given normal food at home and this leads to acute malnutrition and the parents don’t know why.”

Malnourished children are more vulnerable to other diseases, increasing the chances of their becoming sick.

Life for the children trapped in east Aleppo gets more risky with each day that goes by.

MSF supports eight hospitals in east Aleppo, only seven of which are currently functioning. We run six medical facilities across northern Syria and support more than 150 hospitals and health centres across the country, many of them in besieged areas.

Despite our best efforts, there are many areas – including west Aleppo – where we are currently unable to work, but we continue to push to provide humanitarian and medical aid in these areas.