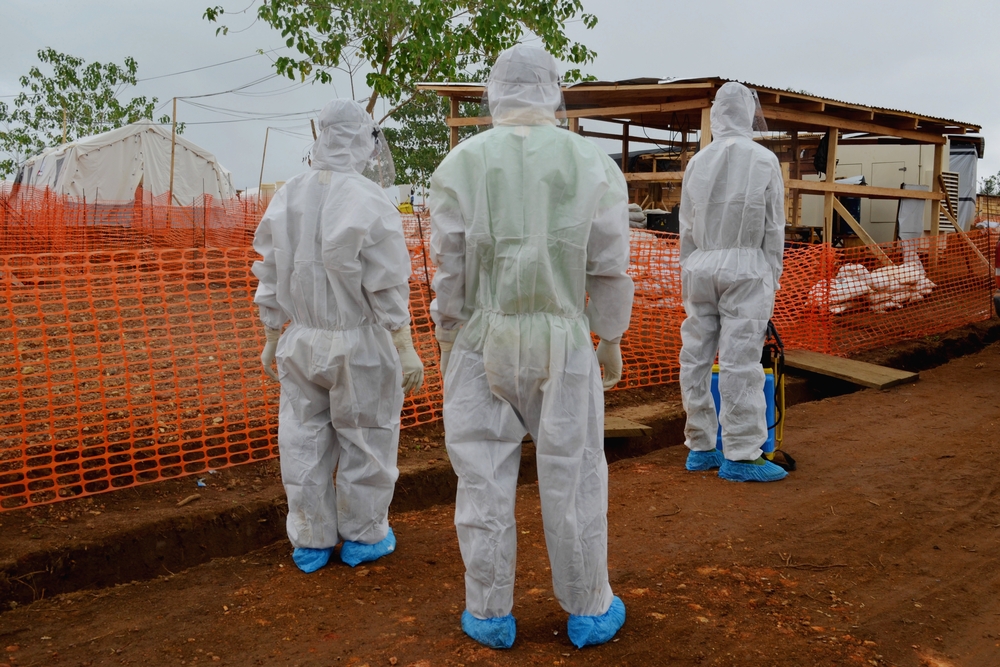 Despite the World Health Organisation (WHO) declaring the largest-recorded Ebola haemorrhagic fever epidemic an “international health emergency,” the international effort to stem the outbreak is dangerously inadequate to meet the needs required to control the spread of the virus.

As of August 14, Ebola has claimed 1,069 lives, according to the World Health Organization (WHO), since the outbreak began, and 1,975 cases have been reported.

The number of deaths and cases is continuing to increase dramatically in Liberia and Sierra Leone, precipitating a public health crisis in these two West African countries.  Meanwhile, the outbreak is continuing to affect people in Guinea, where it originated back in March, with new suspected cases continuing to be admitted to medical facilities.

It is clear that the Ebola epidemic will not be contained without a massive deployment of medical and disaster relief specialists from states. The governments of Guinea, Liberia, Nigeria and Sierra Leone are doing everything they can to try to fight this epidemic. They desperately need international support. Their doctors and nurses having been dying and risking their lives on the front line of this outbreak.

Providing funds is not enough. Available infectious disease experts and disaster relief specialists from countries with these capacities must deploy teams to the affected countries. In addition to a larger deployment of medical and epidemiological specialists, additional laboratory capacity for Ebola testing; ambulances and helicopters to safely transport samples and suspected cases; and supplies to ensure safe burials are needed immediately.

International non-governmental organisations must also step up their efforts in region. Top

A nurse takes care of a newly-arrived patient at the MSF treatment centre in Guinea while her family wait at the other side of the double fence.

Emergency teams from the international medical organisation Médecins Sans Frontières (MSF) are continuing all their efforts to fight the Ebola epidemic. Working in response to the epidemic since March, MSF currently has 1,086 staff operating in Guinea, Sierra Leone and Liberia, treating a rapidly increasing number of patients. MSF’s top priority is to provide care for patients infected with the virus and we have already deployed the maximum number of our experienced human resources.Top

In Liberia and Sierra Leone, many health facilities are closed or empty. People are not seeking care for regular illnesses for fear of being infected with Ebola. Some health workers have been infected or have died. Many are therefore too afraid to come to work. The epidemic is further straining weak health systems already trying to cope with existing health crises like malaria and maternal mortality.

WHO needs to coordinate and push for the provision of extra support to general health workers so hospitals and health centres can remain open to treat the usual high disease burden in these countries. If the health system starts to shut down in these countries mortality levels from other diseases and conditions may rise astronomically and will become a terrible indirect effect of this Ebola epidemic.

Many of the patients who have died are between 30 and 45 years old. There are villages in Kailahun in Sierra Leone, for example, which have lost the majority of the adult members of the community, leaving many orphaned children and elderly people. In some villages there is hardly anybody left to cultivate the fields or provide for the families.Top

In Liberia’s capital Monrovia, the situation is catastrophic and is deteriorating on a daily basis. At one point last week, all five of the main hospitals in Monrovia were closed. Some have since reopened but are barely functioning.

There has been no improvement in the overall coordination of the response to the epidemic. Hospitals and almost all health centres in the city of close to one million inhabitants remain closed. The number of dead is outstripping the capacity for health officials to manage their safe burial, and more and more health workers have been infected with Ebola over recent weeks. There is a dire need for the WHO, countries, and other international organisations to mobilize to support the Liberian Ministry of Health.

“The scale of this outbreak is getting bigger every day,” said Lindis Hurum, MSF emergency coordinator in Liberia. “The Liberian health system just cannot cope with the scale of the epidemic. The outbreak has affected every facet of the Liberian society. This disease is very democratic in that sense.”

MSF has completed the construction of a new 120-bed case management centre in Monrovia called ELWA3, which will receive its first patients by this weekend. It one of the largest Ebola treatment centre ever built by the organisation. The team also continues to provide technical support and training to the Ministry of Health.

“We have exhausted our available pool of experienced medical staff and cannot scale up our response any further,” said Hurum. “We desperately need WHO, countries, and other aid agencies to deploy staff to the field. We are Doctors Without Borders but not without limits.”

MSF has recently launched a response in Liberia’s Lofa region, alongside the Guinean border, which has been badly affected by Ebola. In Foya, a team has rehabilitated the isolation centre with 40 beds in line with MSF standards for the management of the disease. After two weeks of intervention  the team currently has 137 suspected Ebola patients in its care.Top

MSF’s Ebola treatment centre in Kailahun with 80 beds, near the border with Guinea, between 5 and 10 new patients are being admitted each day. Currently there are 50 patients in the centre.

MSF is building an isolation centre in Bo town with 35-bed capacity. near the village of Gondama, MSF also runs a transit capacity centre where suspected cases are isolated and then transferred for further care.

Meanwhile, almost 300 community health workers are running health promotion activities in the region to increase people’s knowledge about Ebola and infection prevention measures. Our team still hears of many dead in the communities, and of new communities being infected, although there are no concrete numbers available. MSF continues to prioritise this activity, and is increasing the number of health promotion staff.

In total, MSF treatment centres have admitted 321 patients, of whom 204 were confirmed to have Ebola. 52 patients have recovered and returned home. Top

In Guinea, MSF is running two Ebola treatment centres – one in the capital, Conakry, and one in Guéckédou, in the southwest of the country, where the outbreak began. Currently, there are 4 patients in MSF’s treatment centre in Conakry and 11 in Guéckédou.

The situation in Conakry remains fairly stable. In and around Guéckédou, the number of patients in the treatment centre is still low, however the teams continue to identify new hot spots and we are prepared to see more people coming from other communities.

Since March, MSF treatment centres in Conakry have admitted 249 patients, of whom 80 were confirmed to have Ebola. Fifty patients have recovered and returned home.

In Macenta transit centre in southwest Guinea near the Liberian border, MSF supported the Ministry of Health by transferring Ebola patients by ambulance for treatment in either Conakry or Guékédou and has handed it over completely to the ministry of health and the WHO. Patients are arriving from a wide area, including the region around Nzerekore.

Since March, MSF treatment centres in Guékédou have admitted 301 patients, of whom 197 were confirmed to have Ebola. Forty-five patients have recovered and returned home.Top