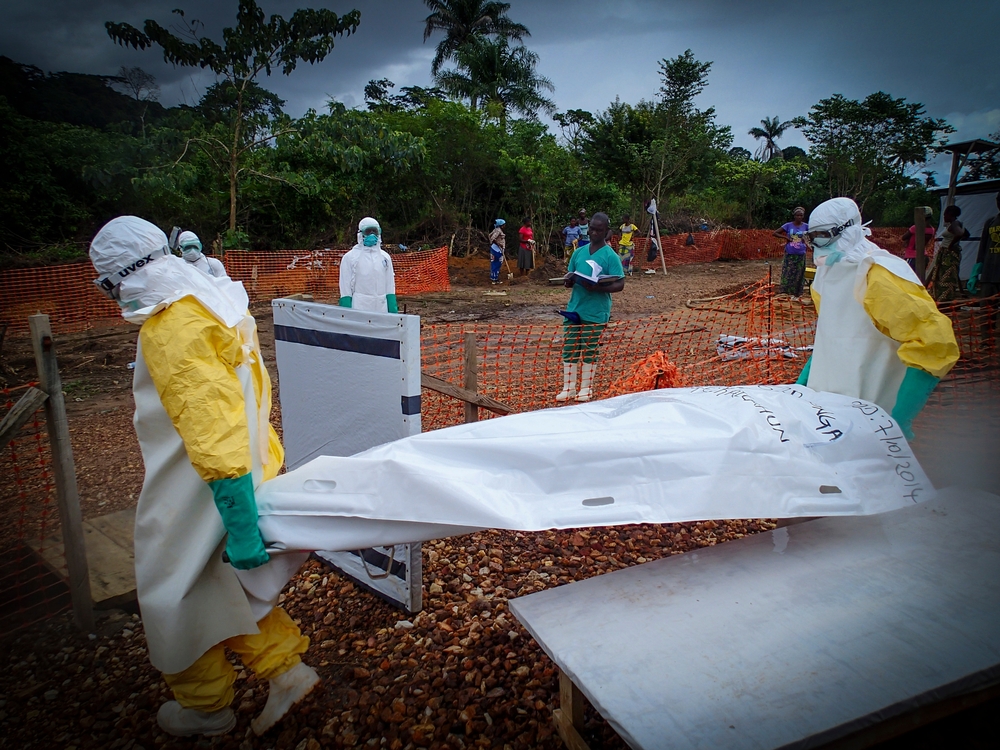 The international response to Ebola in West Africa has so far been patchy and slow, and has left local people, national governments and non-governmental organisations (NGOs) to do most of the practical, hands-on work.

The international medical humanitarian organisation Médecins Sans Frontières/Doctors without Borders (MSF) warned today that the international community must not fail twice with a response that is slow in the first instance and ill-adapted later on.

Three months after MSF called for states with biological-disaster response capacity to urgently dispatch human and material resources to West Africa, all three of the worst-hit countries have received some assistance from the international community.

But foreign governments have focused primarily on financing or building Ebola case management structures, leaving staffing them up to national authorities, local healthcare staff and NGOs which do not have the expertise required to do so. The national authorities in the affected countries have taken the lead on the response with the means available to them.

“It is extremely disappointing that states with biological-disaster response capacities have chosen not to deploy them. How is it that the international community has left the response to Ebola – now a transnational threat – up to doctors, nurses and charity workers?” she continued.

Across the region, there are still not adequate facilities for isolating and diagnosing patients where they are needed. In rural areas of Liberia where there are active chains of transmission, for example, there are no transport facilities for laboratory samples. In Sierra Leone, scores of people calling in to the national Ebola hotline to report a suspected case are told to isolate the person at home.

Meanwhile, other elements that are essential to an Ebola response – such as awareness-raising and community acceptance, safe burials, contact tracing, alert and surveillance – are still lacking in parts of West Africa.

In Guinea, for example, where the epidemic continues to spread, awareness-raising and sensitisation remains very weak – especially for an intervention that began eight months ago. But some international actors seem unable to adapt quickly enough to a fluid situation and shift their focus to other activities as required.

“Controlling an Ebola outbreak goes beyond isolation and patient care. Wherever there are new cases the full package of activities must be in place. Everyone involved in the response must take a flexible approach and allocate resources to the most pressing needs at any given time and place across the region,” says Dr Liu.

“People are still dying horrible deaths in an outbreak that has already killed thousands. We can’t let our guard down and allow this to become a ‘double failure’: a response that is slow to begin with, and then is ill-adapted in the end.”

MSF began its Ebola intervention in West Africa in March 2014 and is now operating in Guinea, Liberia, Sierra Leone and Mali. The organisation runs six Ebola case management centres with a total capacity of more than 600 beds.

Since March, MSF has admitted more than 6,400 people, of whom approximately 4,000 tested positive for Ebola and 1,700 have recovered. MSF currently has some 270 international staff working in the region and employs 3,100 locally hired staff.