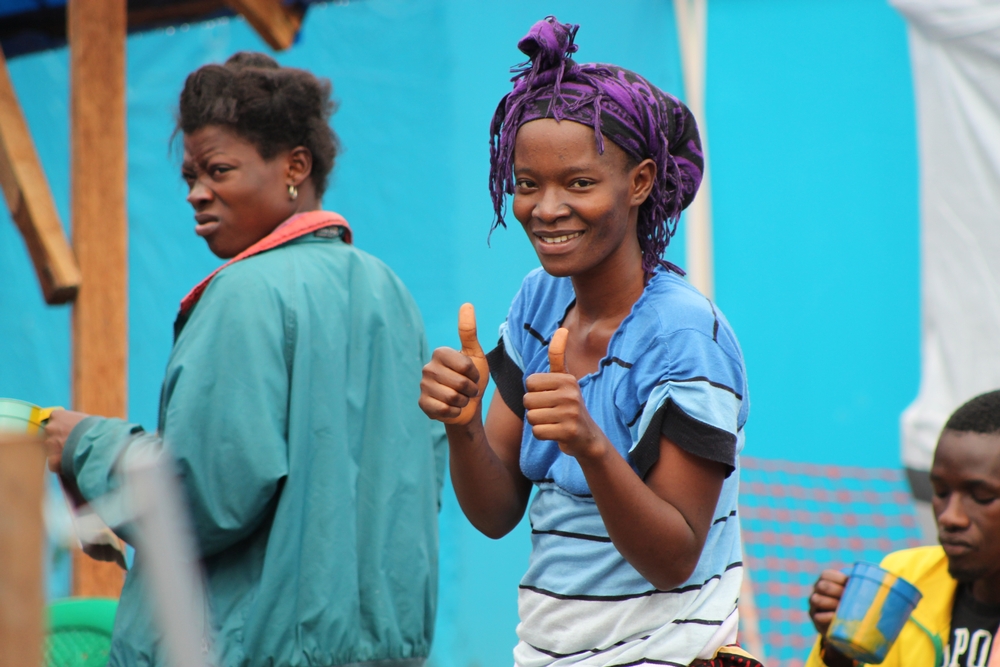 Ebola: MSF handing over activites as outbreak is contained in Lofa county, Liberia

The Ebola outbreak has improved in Lofa County, Liberia, to the extent that Médecins Sans Frontières/Doctors Without Borders (MSF) has now decided to withdraw from the area.

Since 30th October there have been no new patients in the Ebola management centre (EMC) in Foya, this means that, as new organisations arrive to aid the response, the need for MSF’s response is greatly reduced.

The success this intervention in northern Liberia has benefited from a comprehensive approach and constant community involvement and can, therefore, be considered a model example of an effective response. 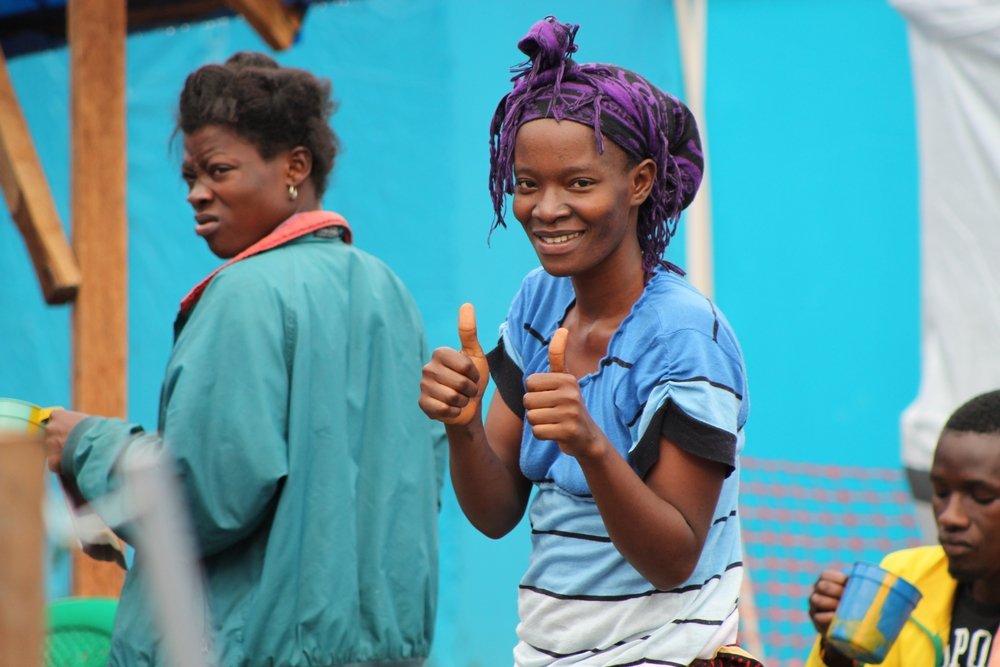 Martin Zinggl/MSF
Ebola patient Deddeh recovers and celebrates with a thumbs-up. Out of solidarity she decides to stay in the Ebola confirmed area in Foya to take care of Elijah, a three-month-old boy who has lost his mother to Ebola and has been infected himself.

When MSF took over the management of the EMC in Foya in August 2014, the teams not only faced up to 130 patients a day but also had to deal with the fear, denial and misinformation of the local population as they had never experienced an Ebola outbreak before.

Soon it became clear that the intervention could not only focus on isolating patients but that MSF needed to take a comprehensive and transparent approach if the virus was to be contained.

So the teams began to work on all six ‘pillars’ of Ebola management; including isolation, outreach, safe burials, health promotion, psycho-social support and contact tracing. 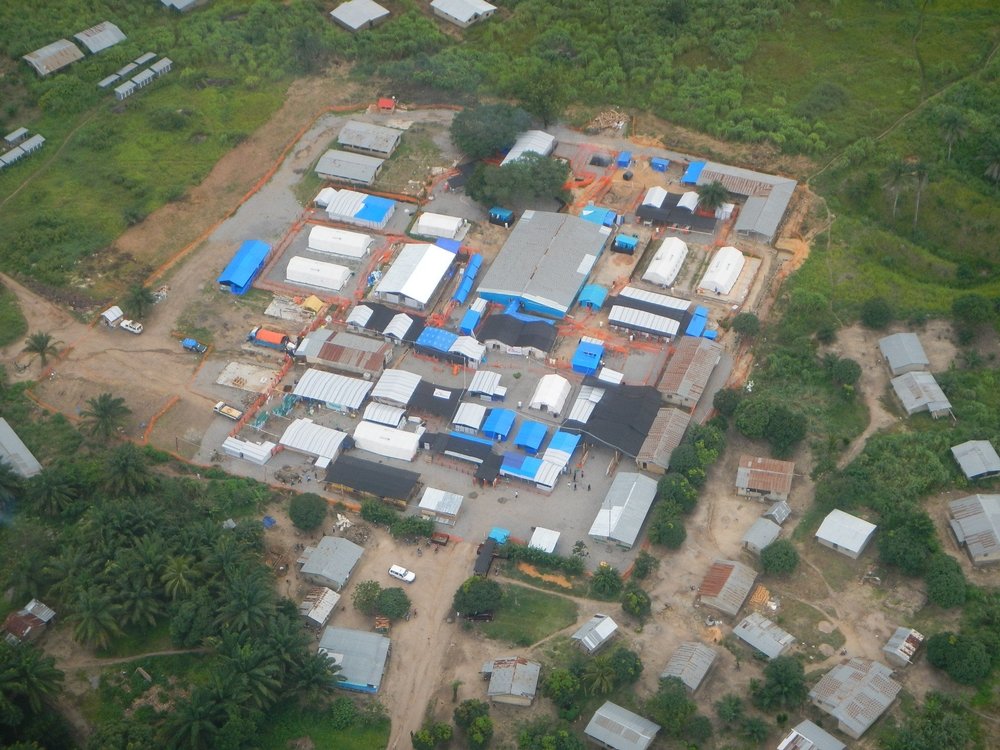 Ebola can severely affect family and community structures, forcing people to stop what was once natural to them, such gestures as caring for their sick relatives or paying their last respects to the deceased.

“We are convinced that our all-encompassing approach, including open and transparent cooperation with communities, local authorities and partners, has led to this impressive reduction in the number of cases in Lofa County,” says Ettore Mazzanti, MSF project coordinator in Foya.

“Trust and the understanding of the communities have been very important for the acceptance of our medical activities and, ultimately, in successfully containing the virus. Without understanding and adapted coping behaviours, it is impossible to reach zero cases.”

In the last few months, in preparation for their departure and the arrival of other organisations, the MSF team started reorganising the EMC by gradually decreasing bed capacity from 85 to 10 beds and by reducing the number of national and international staff in line with the declining number of Ebola cases.

To support the local health system, MSF donated Ebola protection kits to health structures and focused on training health staff in the districts of Foya, Kolahun and Vahun in Ebola patient care, including case definition, isolation and supportive care, as well as on protective measures and infection control.

In Lofa County, as with the rest of Liberia, the entire health system has collapsed as a result of the fear surrounding the Ebola epidemic.

Many health workers have died, most hospitals and clinics remain closed making the safe reopening of essential health services is one of the most urgent needs at the moment. 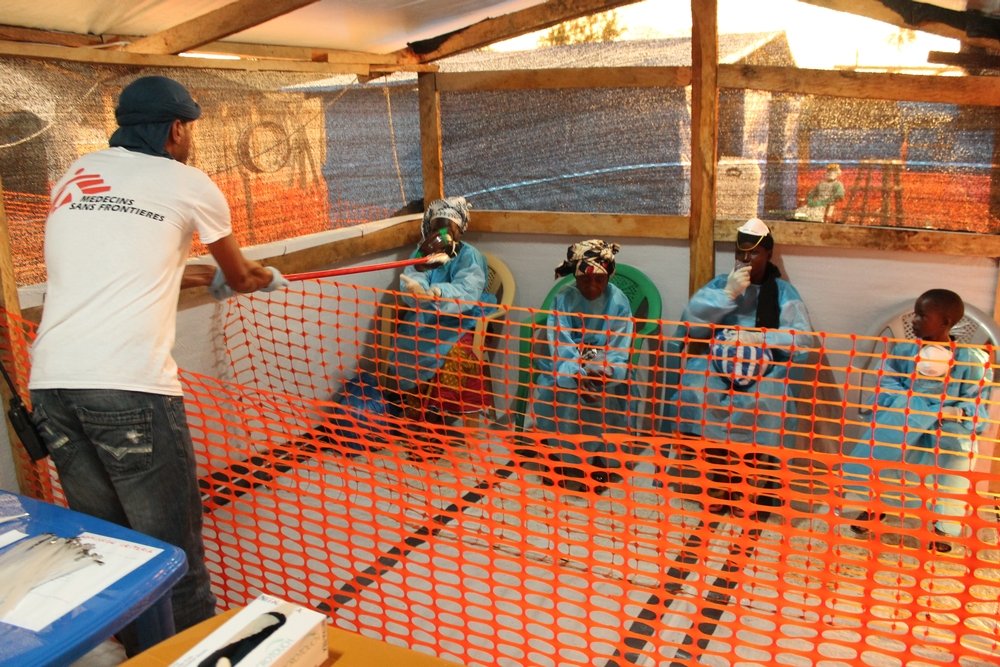 “Health workers have been decimated by the epidemic and we must ensure that the remaining staff can return to work with confidence”, says Mazzanti.

Health promotion and mental health activities were slowly reduced as well, as more and more local NGOs became active in the area.

By 10th December, all MSF activities in these areas had ceased, as they had been completed and handed over to the Ministry of Health and its partners.

“It is great to see that life has almost returned to normal around here but there are definitely mixed feelings in the Lofa community,” observes Mazzanti.

“Also, with Christmas coming, people will be travelling a lot and there will be more gatherings, meaning that the risks of contamination will increase. We must definitely not lower our guard and we must remain vigilant.”