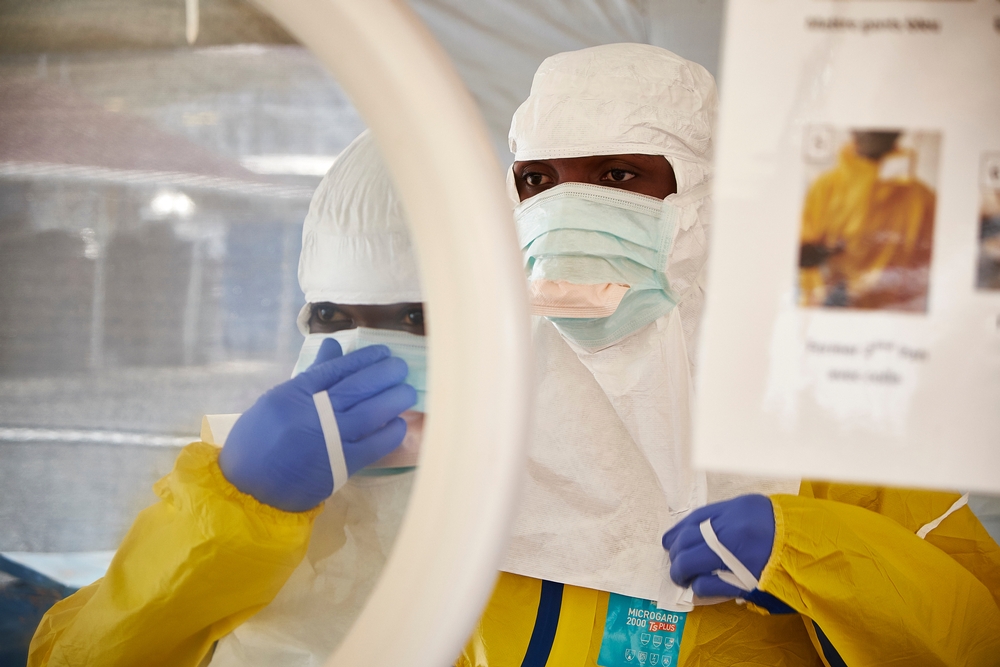 Médecins Sans Frontières (MSF) is today releasing its accountability report into its spending during the largest ever outbreak of the Ebola virus.

The severity of the West Africa Ebola epidemic saw MSF launch one of the largest emergency operations in its 44-year history.

Between March 2014 and December 2015, MSF responded in the three most affected countries - Guinea, Sierra Leone and Liberia – and also to the spread of cases to Nigeria, Senegal and Mali.

MSF admitted 10,310 patients to its Ebola management centres of which 5,201 were confirmed Ebola cases, representing one-third of all WHO-confirmed cases.

Sam Phelps
A medical worker is sprayed down after testing a patient for Ebola at the Nongo Ebola Treatment Clinic in Conakry, Guinea on November 26, 2015.

In total, the organisation spent nearly 104 million euros tackling the epidemic between March 2014 and December 2015. During the first five months of the epidemic, MSF handled more than 85% of all hospitalised cases in the affected countries.

Through this short report, MSF would like to provide transparency about its expenditure linked to the worst Ebola outbreak in history.

Read more about the Ebola virus