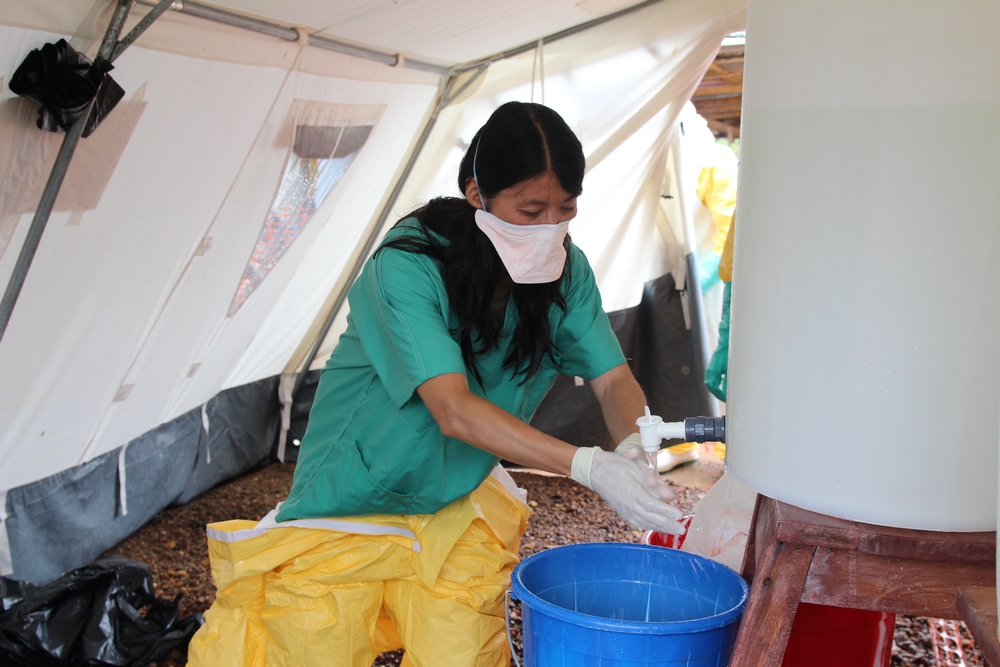 The world must act now to fight Ebola or many more people will die, the Médecins Sans Frontières/Doctors Without Borders (MSF) International President, Dr Joanne Liu, told the UN today - two weeks after member states failed to respond to her powerful speech in New York.

Read the full text of the speech below.

Find out more about our work fighting Ebola

Two weeks ago, I made an urgent appeal to member states of the United Nations in New York for your help in stemming the Ebola epidemic in West Africa. Many other organisations, such as the CDC, the WHO, and the UN, have also described the unfolding catastrophe.

Yet, since then, only a few countries have promised to deploy more hands-on capacity to the affected countries such as the United States of America, United Kingdom, China, France and Cuba, or the European Union.

We understand President Obama will announce later today plans to deploy military and medical assistance to West Africa. If this is true – but we have no real details yet on what this deployment entails, and how fast it will be – then it shows that the US is willing to lead by example. Other countries need to follow.

Today, the response to Ebola continues to fall dangerously behind, and I am forced to reiterate the appeal I made two weeks ago:

We need you on the ground. The window of opportunity to contain this outbreak is closing. We need more countries to stand up, we need greater deployment, and we need it NOW.  This robust response must be coordinated, organised and executed under clear chain of command.

Today, in Monrovia, sick people are banging on the doors of MSF Ebola care centres, because they do not want to infect their families and they are desperate for a safe place in which to be isolated.

Tragically, our teams must turn them away. We simply do not have enough capacity for them. Highly infectious people are forced to return home, only to infect others and continue the spread of this deadly virus. All for a lack of international response.

As of today, MSF has sent more than 420 tonnes of supplies to the affected countries. We have 2,000 staff on the ground. We manage more than 530 beds in five different Ebola care centres. Yet we are overwhelmed. We are honestly at a loss as to how a single, private NGO is providing the bulk of isolation units and beds.

We are unable to predict how the epidemic will spread. We are dealing largely with the unknown. But we do know that the number of recorded Ebola cases represents only a fraction of the real number of people infected.

We do know that transmission rates are at unprecedented levels. We do know that communities are being decimated. And, with certainty, we know that the ground response remains totally, and lethally, inadequate.

More countries must deploy their civil defence and military assets, and medical teams, to contain the epidemic. Large numbers of trained staff are needed to tend to patients in basic and efficient isolation wards and tent hospitals, which can be established quickly on open ground in a comparatively straight forward logistical operation.

The fight against this outbreak is more than just about controlling the virus. While thousands have died of Ebola, many more are dying from easily treatable conditions and diseases because health centres no longer function. Health structures need support to start working again and reduce death rates and suffering caused by other untreated ailments.

Meanwhile, efforts towards producing an effective vaccine must continue, in order to cut the chain of transmission. But it must be a vaccine of proven safety and efficiency and of wide availability.  Until that day comes, we must act as if no vaccine exists.

How the world deals with this unprecedented epidemic will be recorded in history books. This is a regional crisis with economic, social and security implications that reach far beyond the borders of the affected countries.

Humanitarian duty to act on Ebola

States have a political and humanitarian responsibility to halt this mounting disaster.

It can only be done by massively deploying assets to the field, and battling the epidemic at its roots.

The first pledges have been made, now more countries must urgently also mobilise. The clock is ticking.

Find out more about our work fighting Ebola