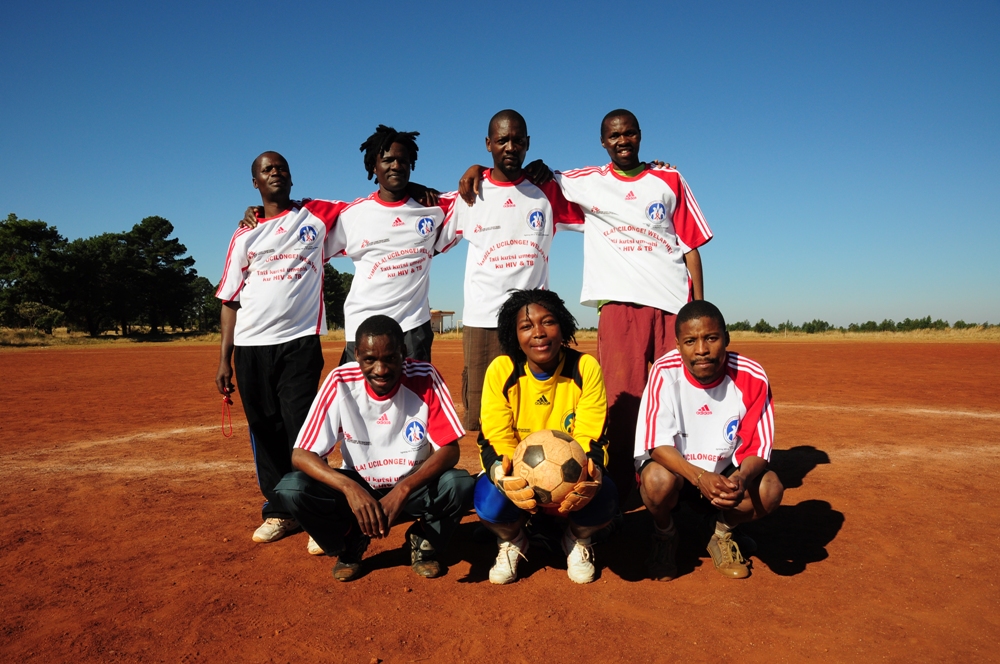 There are six African teams in the World Cup in 2010—and another six in the HALFTIME! 5-a-side tournament planned for Friday July 2 in Johannesburg. Swaziland is one of the determined soccer teams of HALFTIME!

Swaziland's HIV Conquerors is rehearsing every Sunday in preparation to HALFTIME's event on July 2 in Johannesburg. Photo: MSF

This small nation, South Africa’s nearest neighbour in the southern African region, and facing an even higher AIDS burden, lies due east of Gauteng province and its capital. The team will be bussing in to play—is this a secret motivational strategy, to bond en route via the road N17?

They’re already making bold claims. Their name? “HIV Conquerors”! Their target? 15 goals in the day. And they’ll have over a month’s regular practice under their belts.

Like many of the teams they’re a band of men and women living with HIV who’ve come together for the first time, to be part of HALFTIME and contribute to the call to donors to ramp up funding for treatment for HIV/AIDS. They’re also here to show “that being positive and living a positive life means you can do everything,” and to share their experiences with other people living with HIV/AIDS from other countries.

Amongst them are also patients who have become MSF staff members, learning how to lead new patients along the pathway to treatment.

There’s three and a half weeks to go. We look forward to welcoming these courageous Swazis to South Africa!