Four things to know about the crisis in Burkina Faso

January 28th, 2022- Months of tension and protests in Burkina Faso culminated in a military takeover on Monday 24 January. The political crisis adds to a fragile context characterised by an ongoing conflict with a dramatic downturn in security and rocketing displacement. This has left many people in Burkina Faso struggling to find food, water, shelter and medical care. Humanitarian organisations have also been hit by the violence, making it extremely challenging to provide much-needed aid.

For more than a decade, the central Sahel region – principally Mali, Niger and Burkina Faso – has seen conflict between armed groups and government and international forces.

In 2021, Burkina Faso became the region’s hotspot for violence, with a sharp rise in abductions and attacks, such as the attack on Solhan in June in which 160 people were killed.

While major attacks such as this make it onto the international news, smaller scale attacks on local people, health staff and aid workers often go unreported. 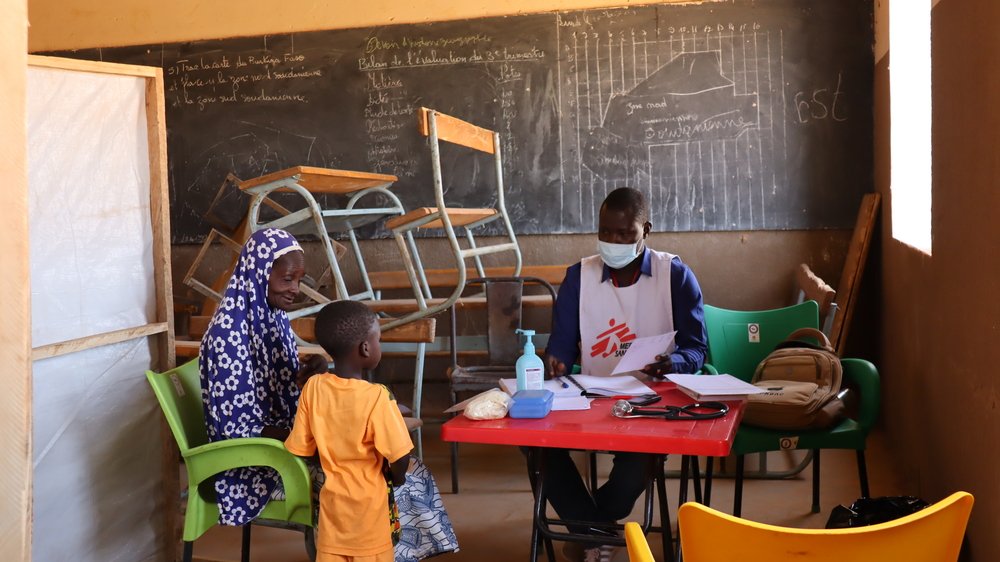 MSF/Noelie Sawadogo
A child is undergoes a check up by MSF medical staff as part of a mobile clinic in in Titao, North Region, Burkina Faso. (February, 2021).

More than 1.5 million people out of a country of 20 million have been forced from their homes, according to the UN, most of them in the past three years; in late 2018, fewer than 50,000 people were recorded as internally displaced.

Most of the displacement has occurred in the three regions of Sahel, Centre-North and East, but the conflict is progressively engulfing more areas that were previously considered stable.

The violence can flare up very suddenly, so people often flee with nothing more than the clothes on their backs. 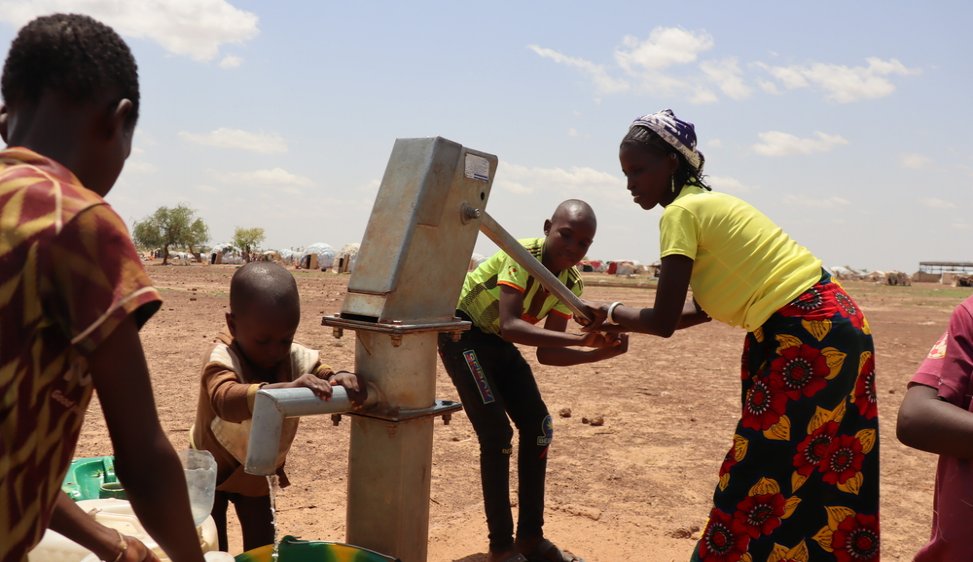 Seigneur Yves Wilikoesse/MSF
Salamata, has been living for more than two years with her husband, children and nearly 2,000 other people in the camp at the edge of the town of Barsalogho, north central region, Burkina Faso. (June, 2021).

A woman named Salamata, now living with her husband and four children in a camp for displaced people in Barsalogho in the Centre-North region, told us last year: "One morning, we saw the whole village emptying."

"Everyone was running, so we took the children and started to run as well."

"One morning, we saw the whole village emptying"

"It was when we arrived here that we found out that many of our relatives had been killed and our property had been destroyed."

"We may never see our village again.”

2 – Food and water are running short

The impact of the conflict on local people has become more and more pronounced. 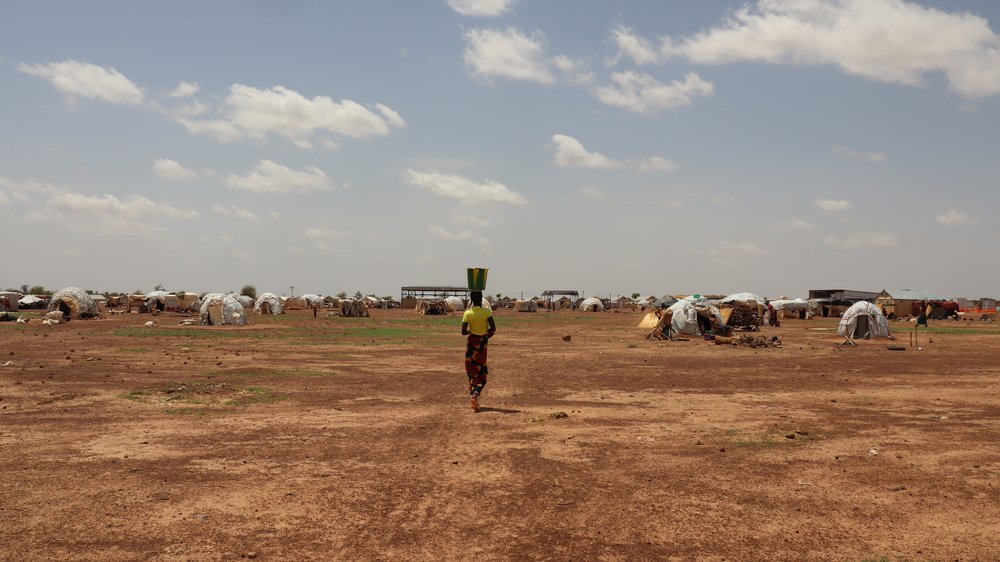 Seigneur Yves Wilikoesse/MSF
Salamata, has been living for more than two years with her husband, children and nearly 2,000 other people in the camp at the edge of the town of Barsalogho, north central region, Burkina Faso. (June, 2021).

Beyond the direct effects of physical violence, many have also lost their homes and livelihoods. For rural communities, fleeing one’s home also means the loss of harvests and livestock.

Loss of harvests and livestock

Next season, many people will be unable to plant or harvest any crops. With so many people dependent on farming and herding to feed their families, food availability is a matter of major concern.

"Everyone was running, so we took the children and started to run as well...We were barefoot, but we didn’t stop for 35 km"

MSF and other organisations are distributing food and treating children for malnutrition. 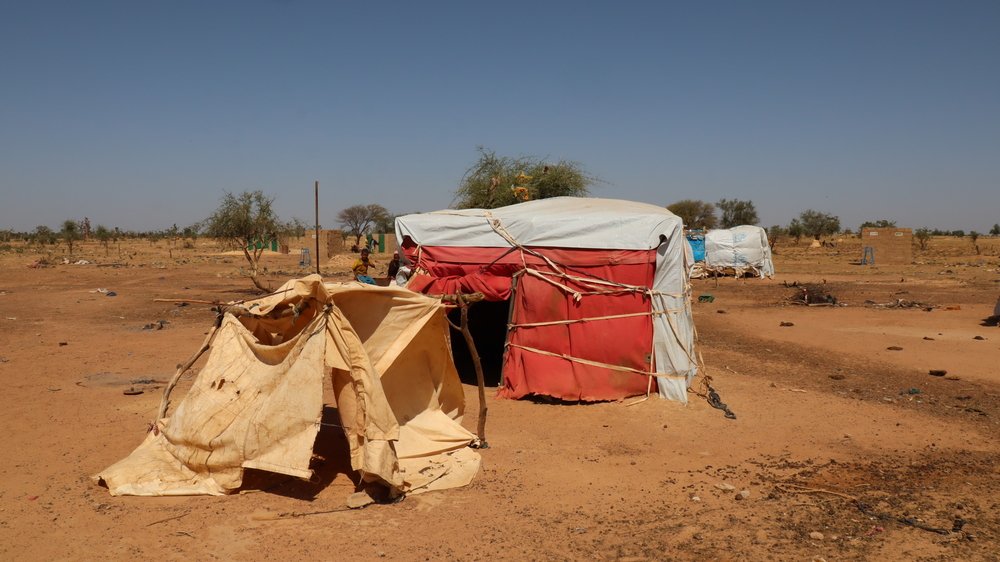 MSF/Noelie Sawadogo
Since 2019, MSF has set up an advanced health post in the camp to facilitate access to healthcare for the population. (November, 2020).

In the camps for displaced people, living conditions are often precarious, with shelters that are ill-suited to the rainy season, with rudimentary sanitation and with insufficient drinking water.

People in these camps tell us that they often have to walk several kilometres and then wait for up to six hours to get enough water to drink, cook and wash.

Burkina Faso is a landlocked country with limited rainfall and the general availability of water is diminishing due to climate change. 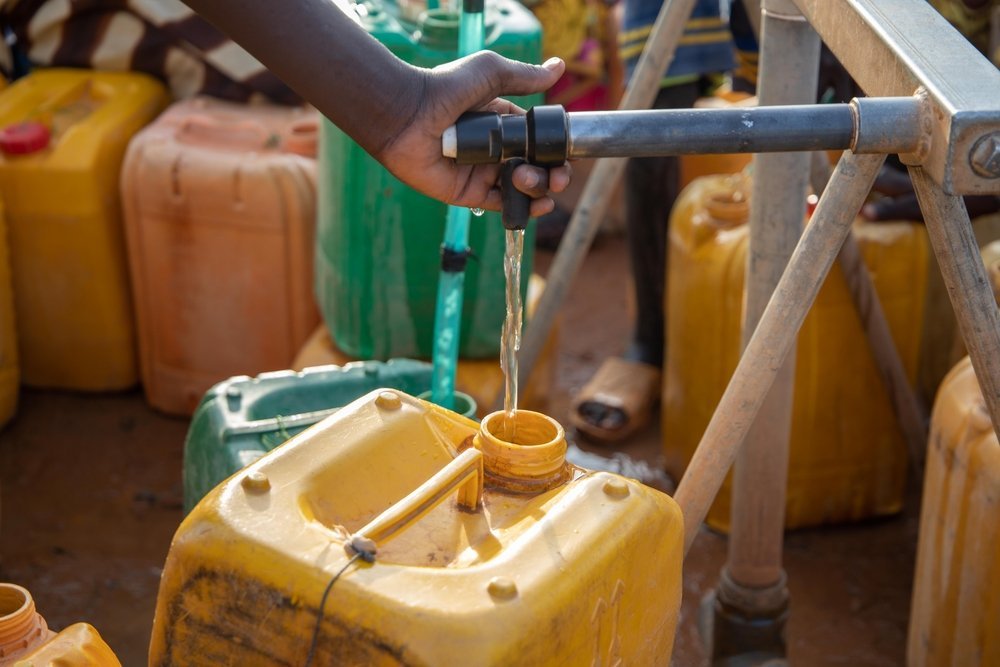 While local communities do their best to host the massive number of displaced people, the increased demand for water is causing shortages all round. MSF, among other organisations, has been drilling wells and trucking in water when necessary.

3 – The conflict is having a huge physical and psychological impact

Our medical teams work in five of the country’s 13 regions and witness the effects of the conflict on people coming for medical care.

"The increased demand for water is causing shortages all round"

As well as needing treatment for physical injuries caused by the violence, many of our patients also suffer from the psychological impact of their experiences: of witnessing people killed in front of them, their houses and crops burned, their possessions and livelihoods reduced to nothing.

People’s precarious living conditions place them at high risk of diseases, including endemic ones such as malaria – a disease that 11 million Burkinabés suffered from in 2020. 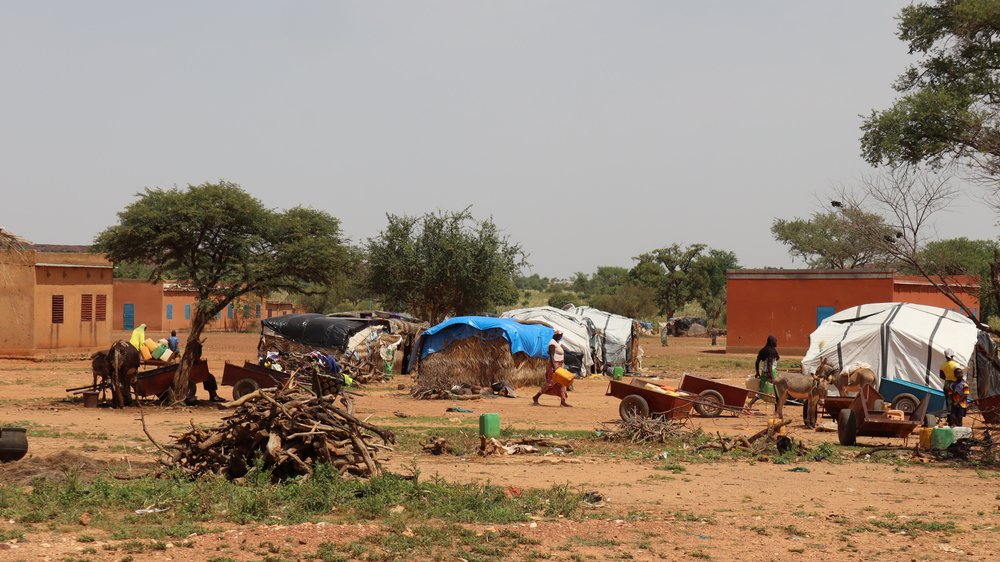 4 – Reaching hospital is a challenge; providing medical care is a risk

People need more food, more water and better access to healthcare in all the regions currently affected by conflict in Burkina Faso. The shortfall in humanitarian assistance is due to a number of factors, including the lack of funding and – above all – insecurity. 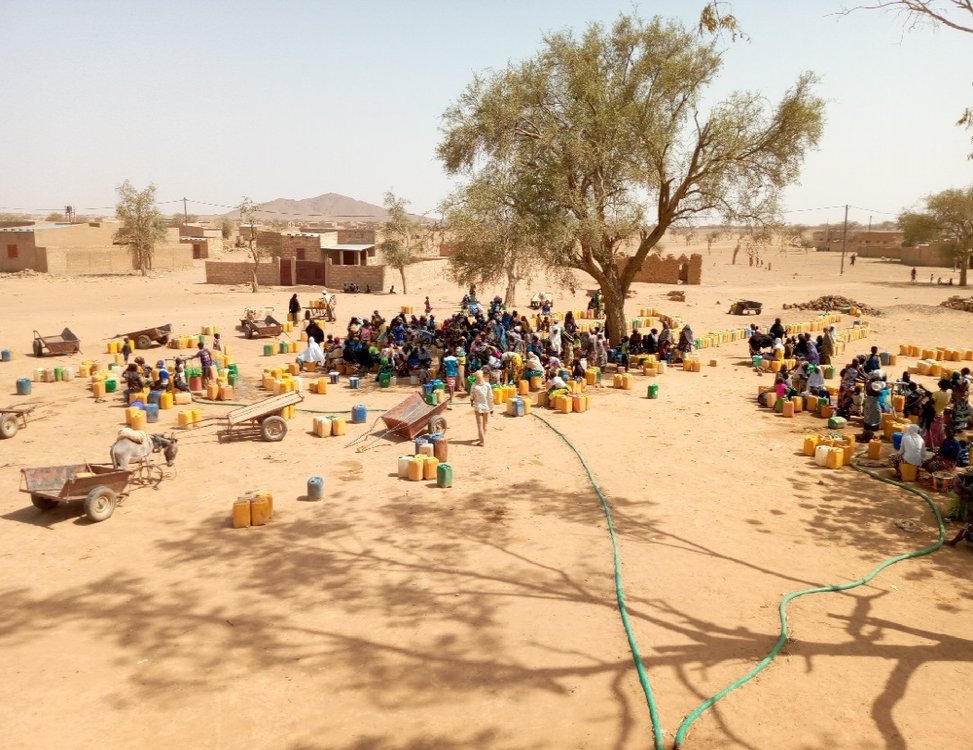 The extreme levels of insecurity often prevent people from travelling to see a doctor, while many people cannot afford transport to hospital.

Today medical and humanitarian teams face risks in Burkina Faso. MSF staff, as well as staff from other organisations and the Ministry of Health, have been attacked and sometimes kidnapped. 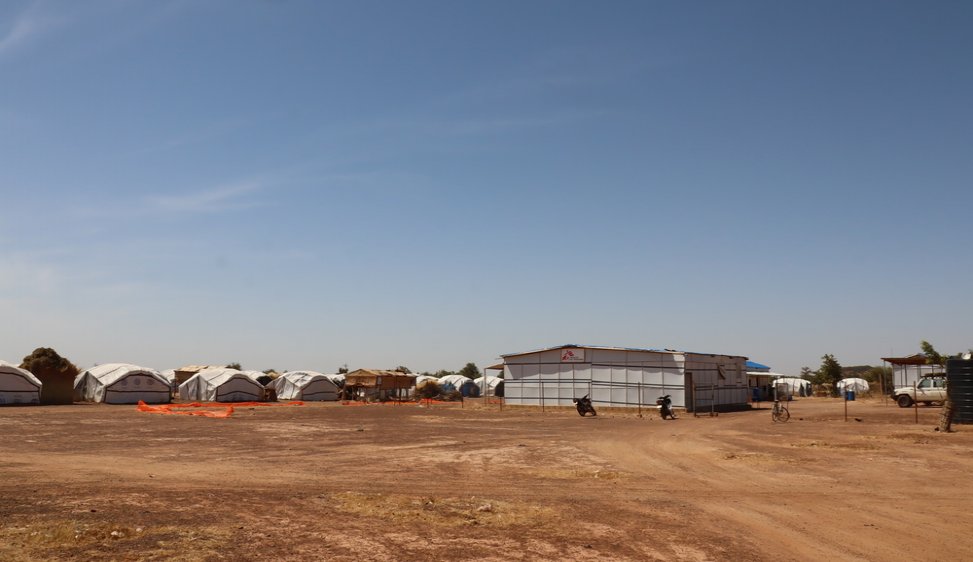 We have had ambulances stolen and health centres destroyed. In some locations, improvised explosive devices (IEDs) have been planted on roads, making travel potentially lethal.

Due to these dangers, we have seen a significant reduction in the number of Ministry of Health midwives in the East region and have seen health centres close in the Sahel region following attacks on medical staff. According to the Ministry of Health, as of June 2021, 357 health facilities countrywide were either shut or not fully operational as a result of the violence. There are shortages of medical specialists, including surgeons, anaesthetists and midwives, across all areas of Burkina Faso affected by the conflict.