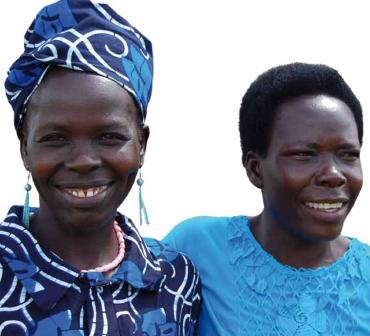 A report released today by the international medical humanitarian organisation Médecins Sans Frontières / Doctors Without Borders (MSF) revealed that several countries hardest hit by the AIDS epidemic are improving HIV treatment to reduce deaths and illness – but a lack of support from donors prevents many from making vital changes.  This fragile progress needs sustained support, but the two biggest AIDS donors, the US and UK, are opposing a critical HIV treatment target ahead of next month’s AIDS Summit in New York at a time when mounting evidence shows that HIV treatment can also prevent HIV infections.

© Brendan Bannon
© Brendan Bannon
“Our report shows that there is clear engagement from countries to providing an ambitious response to AIDS, by changing their guidelines to put people on treatment earlier and with better drugs,” said Dr Tido von Schoen-Angerer, Executive Director of MSF’s Access Campaign.  “But because of funding constraints, some of them are unable to put these guidelines into practice, which serves as a reminder of how fragile this progress really is.”

MSF’s new report, Getting Ahead of the Wave, provides a snapshot of the response to the epidemic today, by looking at the policies put in place in 16 countries that together account for 52% of the global HIV/AIDS burden. Of the 16, 12 have changed their treatment protocols to provide people with treatment earlier in the course of their disease and 14 have changed guidelines to move to better-tolerated drugs.  Both policies are part of the latest recommendations from the World Health Organization.  Several countries, such as Malawi and Zimbabwe, planned to implement improved treatment protocols, but are unable to because of funding constraints. This means keeping people on inferior drugs, or treating people only once their immune systems are weak.

Governments are meeting at the UN in early June to commit to the blueprint for the next decade of the global AIDS response.  They have been asked by Secretary-General Ban Ki-Moon to support a treatment target of putting at least 13 million people on treatment by 2015 - others have called for the number to be 15 million people. But in closed meetings, the US and some European governments, such as the UK, have so far expressed opposition to support such a target. Having all governments commit to a treatment target is important if a credible global response is to be mounted to break the back of the epidemic.

“Today, ten million people are in urgent need of treatment,” said Dr von Schoen-Angerer.  “We know so much more from the past decade about how to get treatment to as many people as possible as quickly as possible.  With the right policies in place, we could triple the number of people on treatment without tripling the costs. But if key donor governments don’t support a treatment target, they are sending a clear message that they do not intend to ever come to grips with this pandemic.”

Recent scientific evidence also supports scaling up early treatment, as this helps reduce the spread of the virus, by lowering the level of virus in people’s blood sooner.  People whose ‘viral load’ has been suppressed to undetectable levels have a 92% reduced risk of transmitting the virus.

“We know that HIV treatment saves lives, reduces illness and even dramatically reduces the risk of one person passing the virus to another,” said Dr Marcella Tomassi of MSF in Swaziland, where MSF provides treatment in clinics throughout the small country in which 26% of the population has HIV.  “Now, more than ever, governments need to renew their ambition to fighting the epidemic and put people on treatment”.

MSF began providing antiretroviral therapy (ART) to people living with HIV/AIDS in 2000 and today provides ART to more than 170,000 people in 19 countries in Africa and Asia.

MSF’s report, Getting Ahead of the Wave:  Lessons for the Next Decade of the AIDS Response, can be downloaded from: