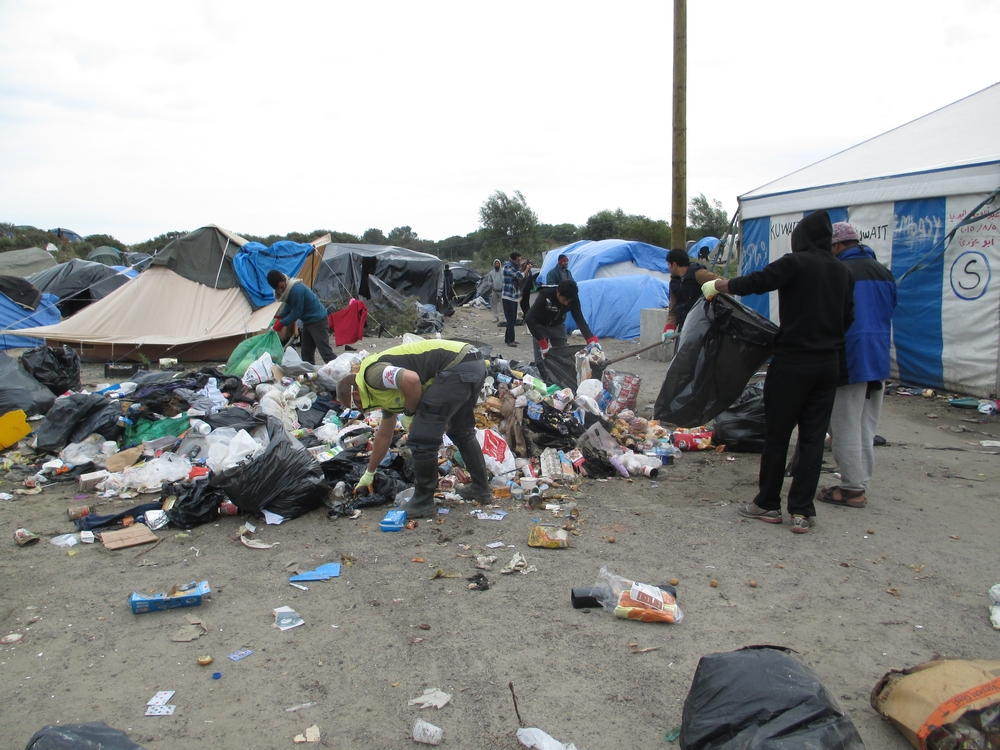 Approximately 3,500 people are living in a former garbage dump on the outskirts of Calais, France. Conditions at the site, known as 'the Jungle', are miserable and worsening, despite the efforts of non-profit organisations on site and local charitable initiatives.

The rain has already caused damage at this sandy, hilly location. A quarter of the site was flooded within one week. People are living in small camping tents that are not suitable for rainy winter weather. Some have built shelters, making do with cardboard boxes, bags and plastic tarps or salvaged wood.

“The Jungle is a state-sanctioned slum and a dead end for many exiles who would like to continue on to Great Britain or obtain asylum in France,” says Pierre-Pascal Vandini, the Médecins Sans Frontières/Doctors Without Borders (MSF) project coordinator.

“The people I have met here are exhausted and distraught.  A 17 year-old boy, who had already lived as a refugee in a camp in Sudan, told me that he had never been in such a filthy, unhealthy environment as the one here in France.”

The MSF team on site since 10 September is working with Médecins du Monde (MDM), which has been running a clinic since June.

An MSF doctor and nurse are helping the MDM team provide medical consultations. However, the area in the camp where those consultations are held was flooded in recent days.

MSF is undertaking temporary repairs while trying to identify a more appropriate location for the clinic.

Three large dumpsters set up just outside the Jungle are inadequate and inconvenient. As a result, the ground is strewn with rubbish bags.

On 21 September, MSF launched a large clean-up campaign to gather the trash and set up a system for collecting and managing rubbish for each community.

“We are humanitarian aid workers and are used to providing aid to refugees in medical and health emergencies in Sudan, Ethiopia, Jordan and elsewhere, but the situation here has been particularly shocking,” Vandini says.

“People have been left to fend for themselves, law enforcement turns a blind eye to violence, there are not enough water stations or showers and no one is maintaining the scanty health infrastructure. It’s organised abandonment.”

Find out more about our work with refugees