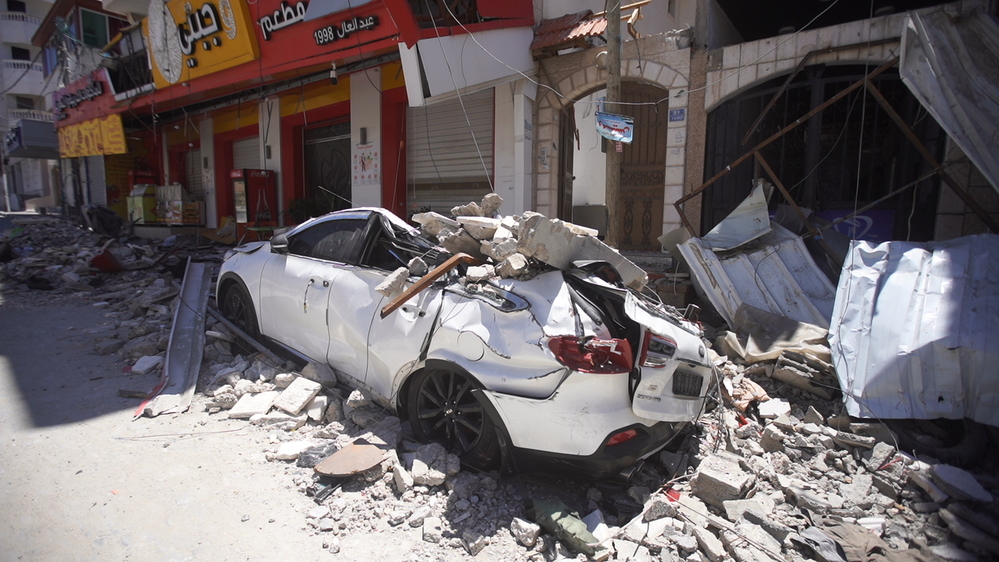 Gaza: “Night and day, what we are living through is terrifying”

The fighting between the Israeli military and Palestinian armed groups, principally Hamas, broke out once again after weeks of tensions in occupied East Jerusalem, which has been illegally annexed by Israel. Aymen al Djaroucha is Palestinian who has lived in Gaza for 20 years. He is currently the Project Coordinator for MSF, and here he recounts the extreme violence that is taking place in the blockaded enclave.

"The strikes are constant... they never stop"

I experienced the Israeli offensives that have taken place since then, those of 2008 and 2014, but the military operation that we are living through today is a lot tougher and more terrifying than anything we knew previously.

The strikes are constant, night and day, they never stop. Everything is targeted: roads, houses, apartment blocks, everything.

Gaza is only 40 kilometres long, so no matter where the bombs fall, we hear the explosions all the time.

The intensity of the bombing and the degree of violence is completely unprecedented. The shells come from everywhere: from the planes in the sky, the tanks on the ground, the boats in the Mediterranean Sea. Night and day, what we are living is terrifying. 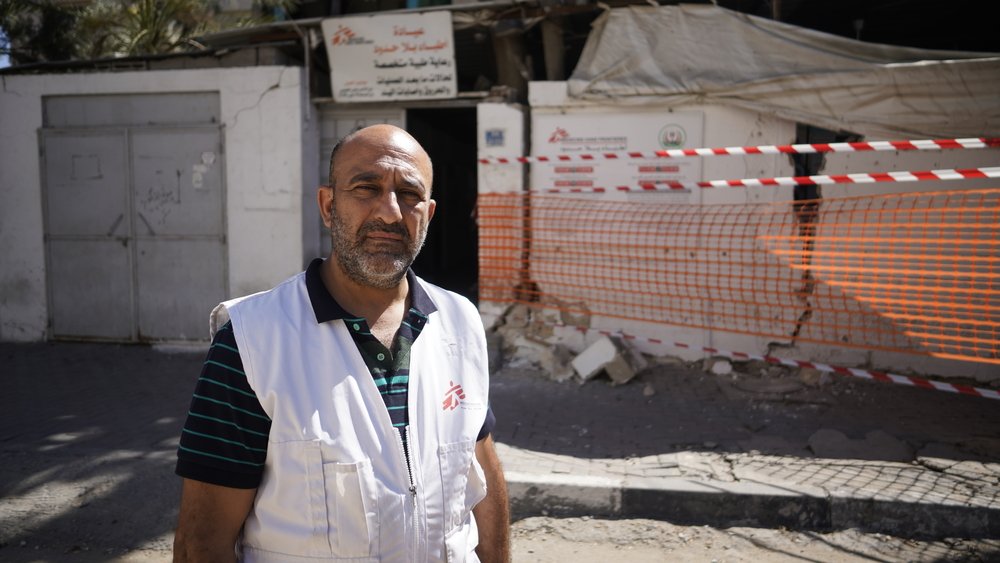 MSF
Aymen Al-Djaroucha, the project coordinator for MSF, stands in front of MSF’s clinic in Gaza after it was damaged by Israeli aerial bombardment, leaving a sterilization room unusable and a waiting area damaged.

The apartment block in Gaza City in which I lived with my wife, my mother and my children was damaged by an air strike on Friday. The building’s janitor received a call from the Israelis telling him that all the residents of the building had to evacuate because it would be bombed.

Generally, we know that this call comes a few minutes to an hour before the bombs arrive.

We ran down the eight storeys of stairs with everyone else in less than a minute. I tried to get everyone to a safe place as far away as possible.

I remember hearing my wife say that she did not want to see the destruction of the place where she grew up, where she had all her memories. Just after I heard the explosion and saw the dust, everything was on fire.

The building is damaged, many apartments have been destroyed and I do not know what there is left of ours. Nor do I know if we will be able to return to live there again. 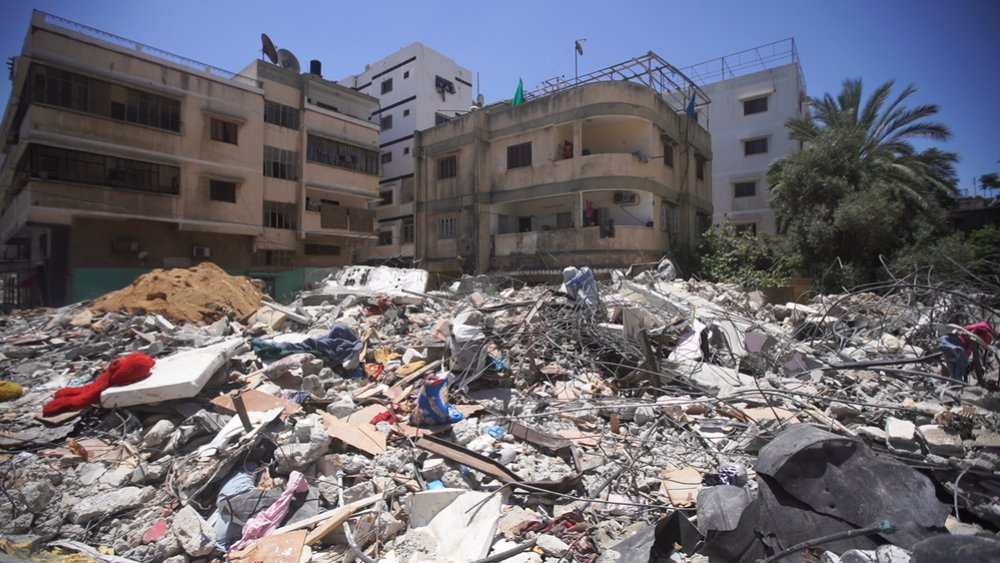 Since then my family have been living with my mother-in-law and I am sleeping in the office. I work most of the time.

I have the impression that I am in a waking nightmare.

Many families living in the east of Gaza have fled towards the west because they fear an Israeli ground invasion. 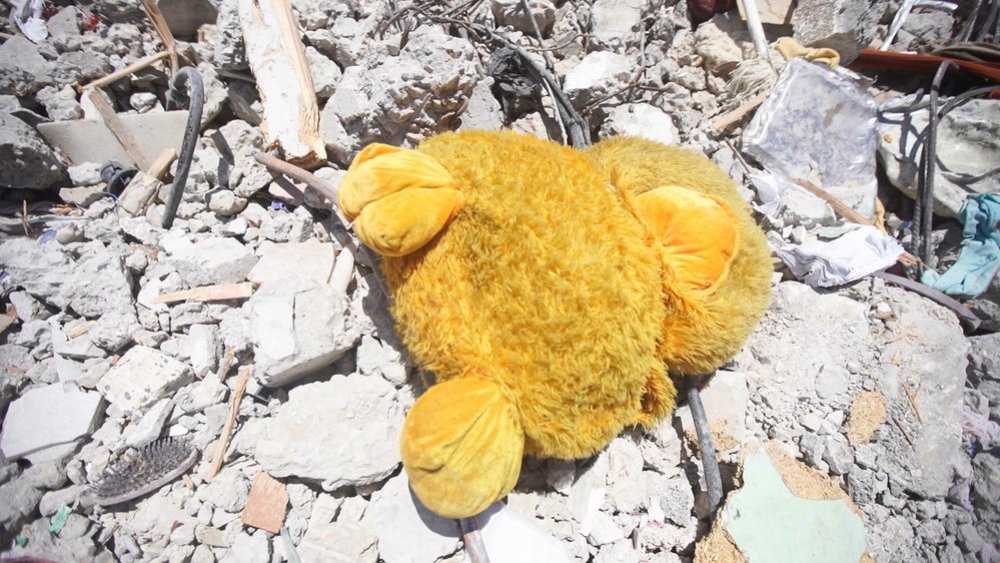 They are trying to find refuge near al-Shifa, the biggest hospital in Gaza, and in the schools run by UNRWA [the United Nations Relief and Works Agency].

"No one is spared"

I was really shocked by an Israeli attack that took place during the night of 15 to 16 May just a few metres away from the MSF office. It caused dozens of deaths. The screams of the men and women in the middle of the night, it was terrifying.

"There are a lot of needs now, especially in surgery and intensive care"

Our clinic was also damaged that same night during the Israeli bombing. 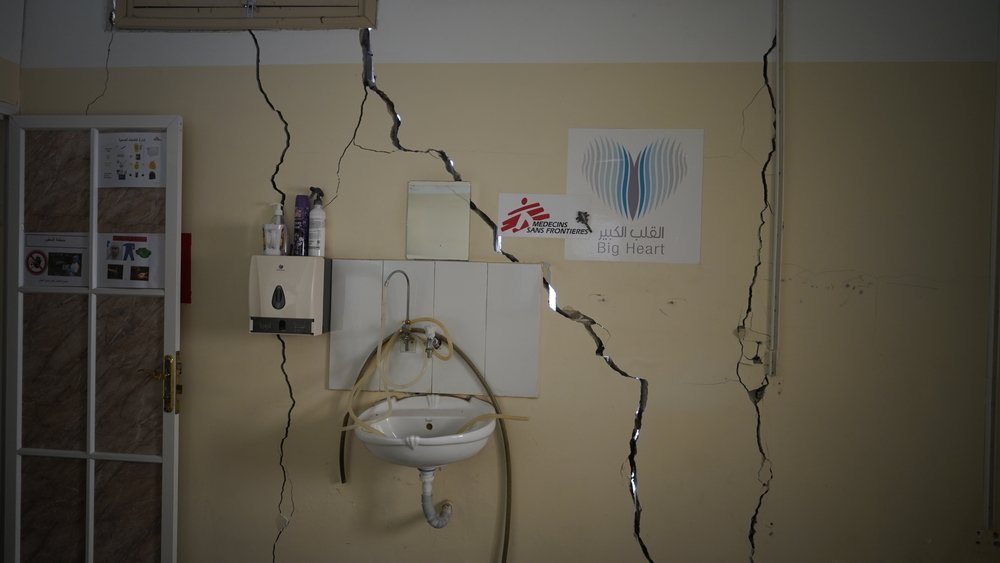 The injured have fractures and wounds caused by shrapnel from the bombs and shells. There are a lot of needs now, especially in surgery and intensive care.

The patients are women, men, children: no one is spared. 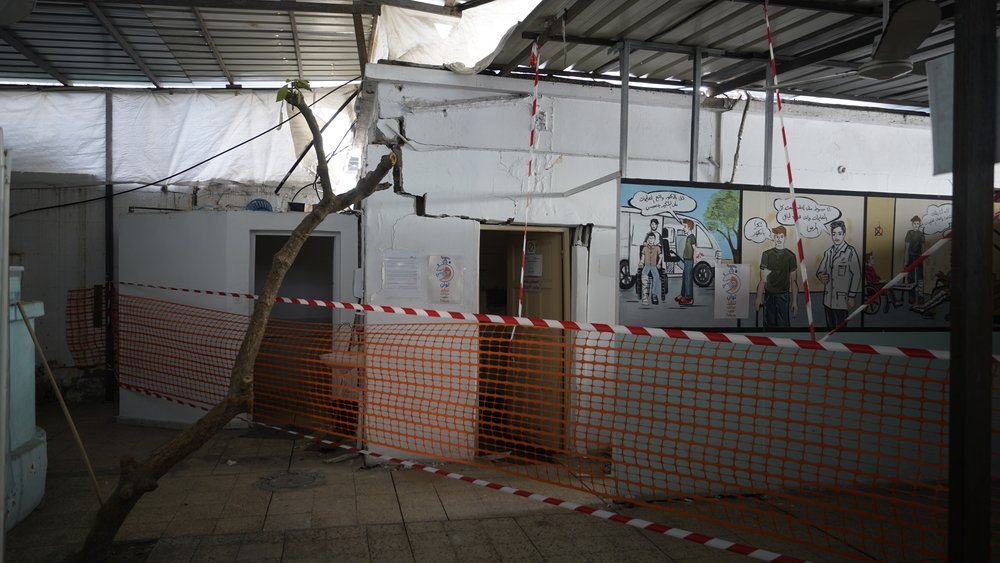 The planned expulsions of Palestinian families from their homes in Sheikh Jarrah in East Jerusalem and then the confrontations in and around al-Aqsa set the spark that led to this explosion.

I lived through the Second Intifada at the beginning of the 2000s, and today the violence has absolutely no relation to what went on then, there is an overwhelming use of weapons. 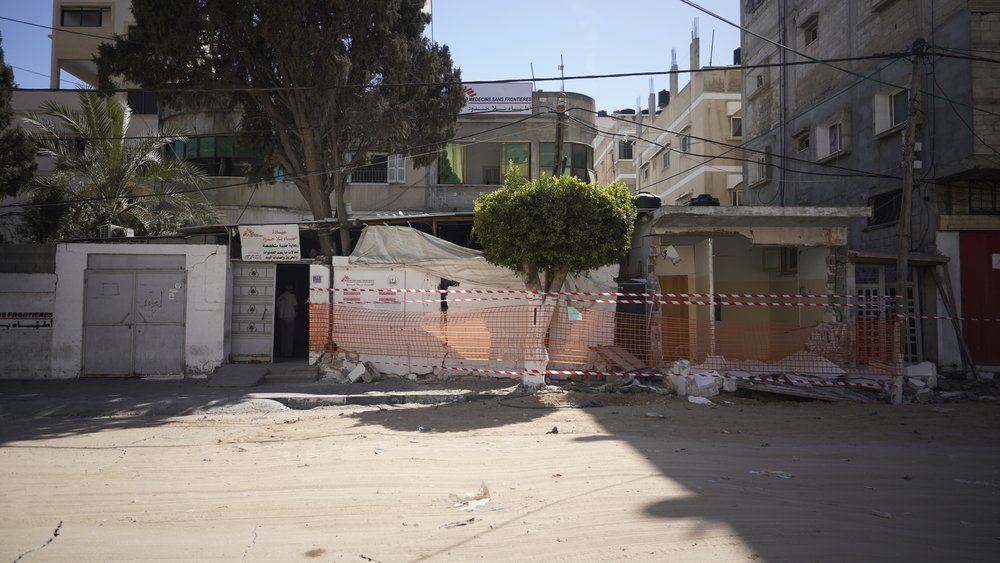 Nowadays hundreds of rockets are fired into Israel, and Gaza has been flattened.

It’s the fate of Gazans. In just a few years we have lived multiple wars and we do not know when it’s going to stop, when we will finally be able to live a normal life.

Between the 10th and 18th of May 2021, Israeli air strikes and shelling killed 213 people, including 61 children, and injured more than 1400. Twelve people, including two children, have been killed in Israel by rockets and missiles launched by Palestinian armed groups.