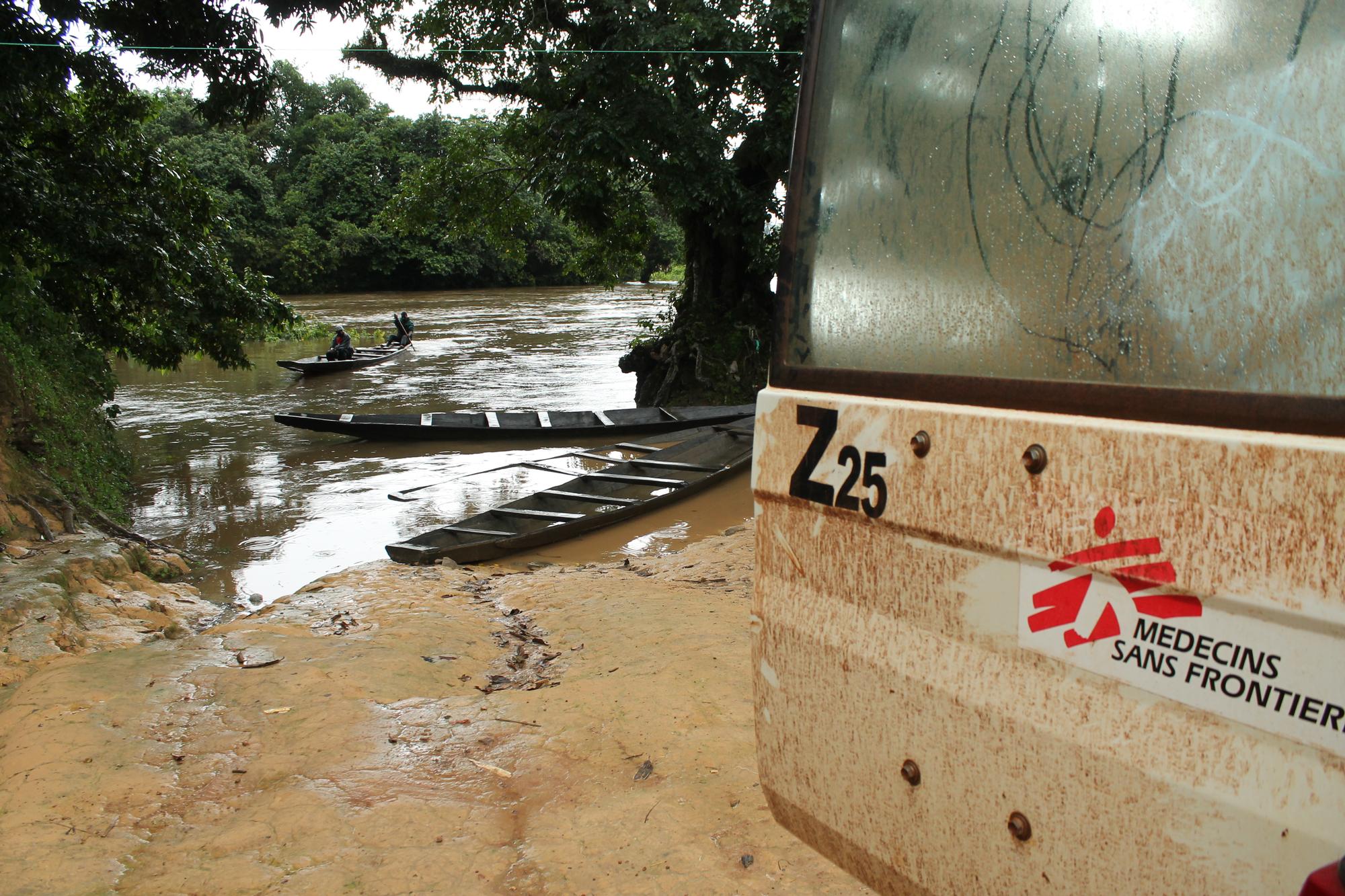 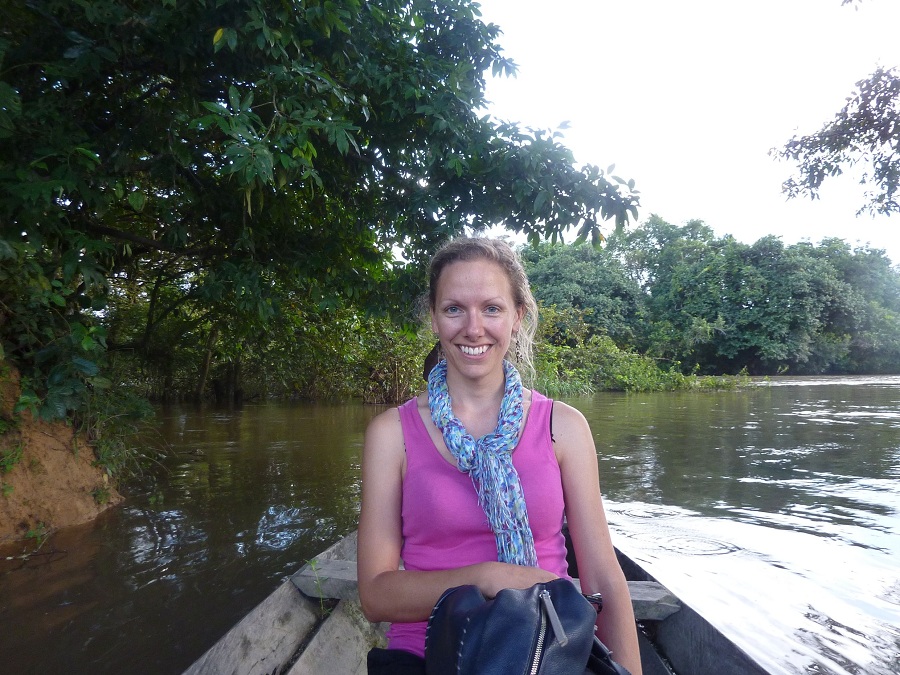 I’ve been in West Africa for only a week (which doesn't feel possible), and in Foya, Liberia since Saturday night, so I'm now coming towards the end of week one in the job.

Getting here was fun. From the hotel in Conakry, Guinea we went to the national flights area of the airport. It was a huge building but when we arrived everything was closed up and there were only two guards at the front and no other staff to be seen. We'd come an hour before our flight, as our tickets stressed that check in must be completed 120 minutes before take-off. We sat in this large, empty, dusty airport and wondered if it had ever been busy?

About 20 minutes before we were due to take off, staff started to drift in and eventually our bags were weighed and scanned, our boarding passes issued and we moved to the gate to wait to board. The Ebola health checks that Guinea has put in place are quite comprehensive. We had our temperatures taken and had to complete forms to show that we were not showing any signs or symptoms and had not been in contact with sick patients. 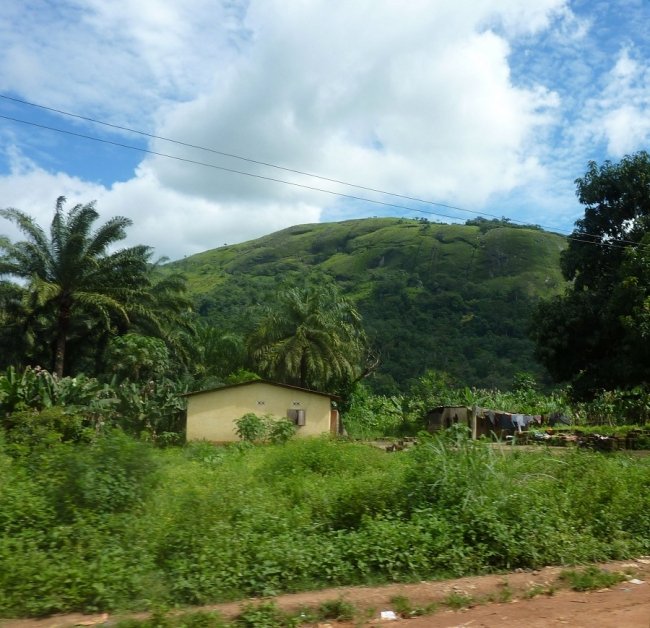 After a short flight we landed on a mud airstrip in a place called Kissidougou. There seemed to be nothing there except three MSF Land Rovers and a small group of expats that we were crossing over with. We exchanged a few messages, 'How is it in Foya?', 'What is the food like?', 'Are you feeling okay?' Then we watched them take off, packed our bags into the cars and set out on the road.

We passed through some amazing landscapes. Acres and acres of bright green rice paddy fields, beautiful hills and small roadside settlements full of people, chickens and goats. It felt good to be on the move after more than two days stuck at the hotel waiting for cancelled flights.

We made a short stop off in Guekedou where MSF is also working and then were hastily packed back into the car and told to hurry to the border as it may well close by 5.30pm.

The border crossing was by canoe which I was pretty excited about. Not everyone shared my enthusiasm though and one of the nurses in our group actually looked quite terrified to be getting into the small, rickety wooden boat - maybe she knew something we didn’t? We went in two crossings as there were four of us plus bags and we let her go first as she was so anxious. 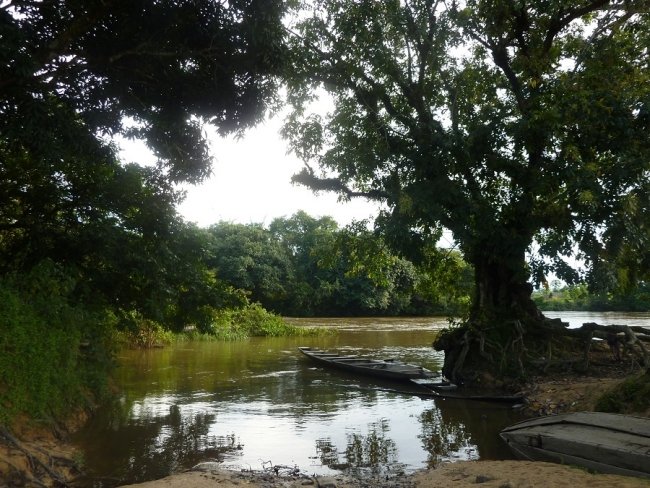 We'd come to the river in the MSF Land Rover and apart from one armed border guard and the man with the canoe there was no one around. After a few minutes a second MSF car appeared on the other side of the river and shortly after that a government official arrived to check our visas and enter our data into his handwritten entry/exit book. 'What is your profession?' He asks me. 'I'm a communications officer,' I reply.

And we're done. The short crossing goes off fine. No one falls in and we learn about the alligators only when we reach the other side. We're now in Liberia. A further border check point stop. Just as remote as the last but this time full of Ebola awareness posters. How to detect warning signs, how to protect yourself and your family, what to do if you feel unwell. MSF and health workers are the only ones allowed to pass at this time. Movement of people across the border has officially been stopped for months now.

We arrive at the base and it's Saturday night. Everyone is very welcoming and friendly and somehow there are a couple of bottles of wine here. The food is not at all bad and the logistician has rigged up a set of speakers so we have music too. It feels good to have arrived. 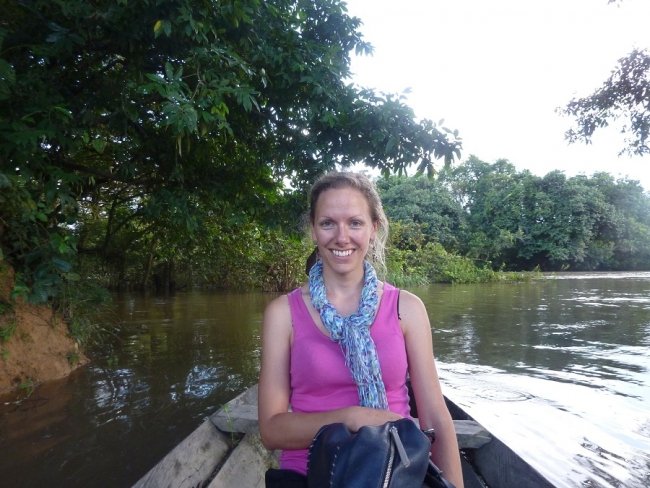 Katy Athersuch/MSF
Katy crossing the border between Guinea and Liberia in a dugout canoe.