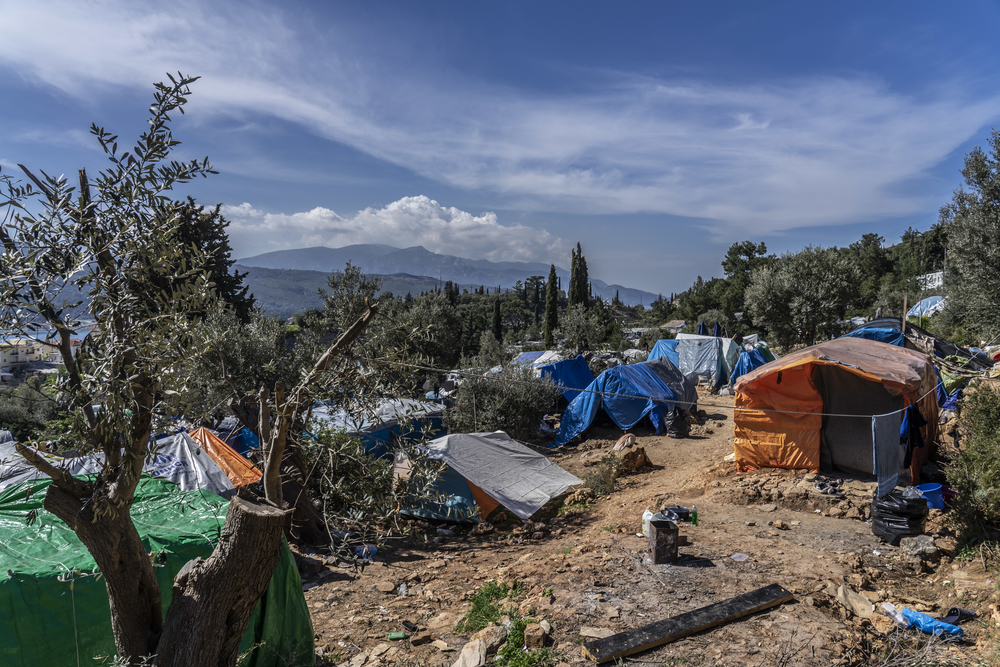 Today, on the third anniversary of the implementation of the EU-Turkey deal in Greece, international medical organisation Médecins Sans Frontières/Doctors Without Borders (MSF) calls on European leaders to take action to end the harmful policy of containment on the Greek island ‘hotspots’, as well as to ensure the immediate evacuation of all vulnerable people, especially children, from these locations to suitable accommodation on the mainland or elsewhere in the European Union. For the past three years, the EU-Turkey deal has trapped thousands of men, women and children in overcrowded, unsanitary, unsafe and degrading conditions with little access to basic health services, which has resulted in a deterioration of their health and well-being and caused widespread misery, says MSF.

“Greece has become a dumping ground for the men, women and children that the European Union has failed to protect,” says Emmanuel Goué, MSF’s Head of Mission in Greece. “What was once touted as a ‘refugee emergency’ has given way to inexcusable levels of human suffering across the Greek islands and on mainland Greece. The EU and Greek authorities continue to rob vulnerable people of their dignity and health, seemingly in an effort to deter others from coming. This policy is cruel, inhumane and cynical, and it needs to end.”

As a result of the EU-Turkey deal, some 12,000 men, women and children are currently trapped in dire conditions on the five island ‘hotspots’. In Vathy camp, on Samos, conditions have deteriorated drastically in recent months due to severe overcrowding, prompting MSF to send a medical team back to the island. The camp currently hosts more than 4,112 people in a space meant for just 648, meaning that thousands of people languish unprotected in the filthy and unsafe area outside the official camp. Those sheltering outside the camp include at least 79 unaccompanied children, as well as pregnant women, elderly people, people with chronic health conditions, including acute mental illnesses such as psychosis, and survivors of torture and sexual violence.

MSF teams are also working on the islands of Lesvos and Chios, where the camps are at bursting point, with Moria camp on Lesvos hosting 5,225 people in a space meant for 3,100, and Vial camp on Chios hosting 1,361 in a space meant for 1,014. There, as on Samos, MSF medics are treating patients for a wide range of physical and psychological illnesses related to their living conditions, to the long waiting periods to have their asylum claims processed, and to the reasons that first caused them to flee.

“Three years on, the EU and the Greek government are still failing to provide dignified and humane living conditions and proper medical care to those trapped on the Greek islands,” Vasilis Stravaridis, General Director of MSF Greece. “Today in Vathy, on Samos, more than half the camp’s population are living in summer tents or under plastic sheeting, surrounded by rubbish and human excrement. In the month since MSF returned to Samos, we have been treating pregnant women and people with chronic health conditions, and providing group sessions for mental health patients. We plan to scale up our activities so that we can offer care to more people in the coming weeks.”

On the Greek mainland, thousands of migrants, who arrived after the EU-Turkey deal was implemented, live in camps or in temporary accommodation run by the UN or non-governmental organisations, while others live rough in squats or sleep on the streets. All face obstacles to accessing medical care. Teams of MSF psychologists are working to care for people suffering from mental health issues, including depression, anxiety and psychosis, and to rehabilitate survivors of torture. Our psychologists cite the housing situation of their patients as their biggest challenge. 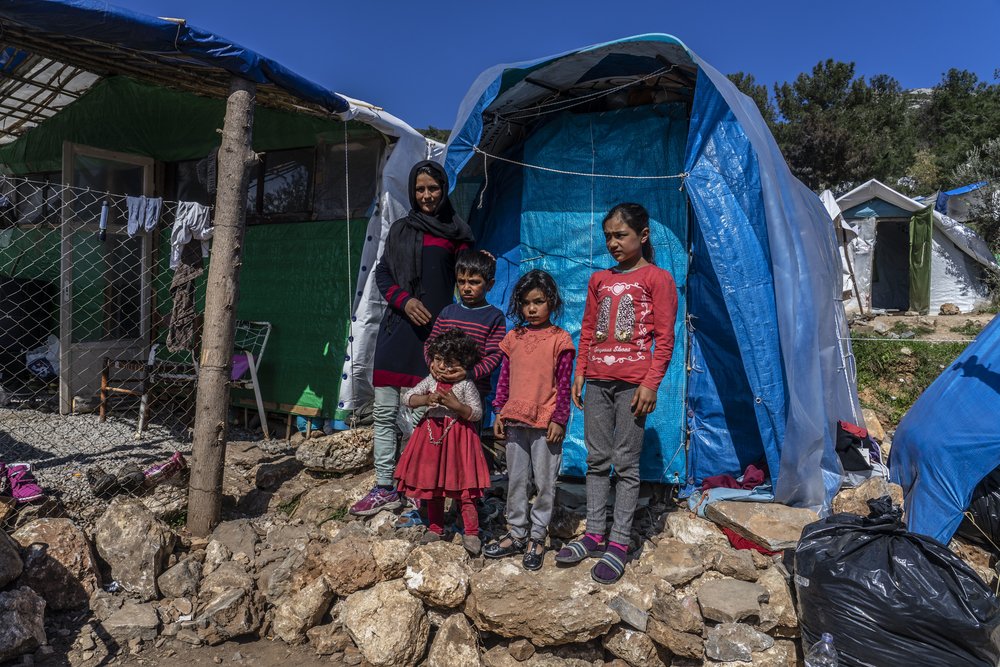 MSF/Anna Pantelia
Farida arrived from Afghanistan with her husband and four children in early March. She has been living in the jungle next to Vial camp ever since.

“How can we help a woman overcome trauma related to previous sexual assaults when she lives on the streets?” asks Goue. “Not only does she live in constant fear of another assault, but it would be dangerous for her to take her medication, given that it makes her drowsy. There is no recovery without safe housing, and yet there is a real shortage of safe housing for our high-needs patients all over Greece.”

Whilst the overall number of arrivals has greatly decreased since 2016, more than 5,000 men, women and children have arrived in Greece since the beginning of 2019. The vast majority of arrivals are from refugee-producing war torn countries such as Afghanistan, Syria, Iraq and Democratic Republic of Congo, and more than half are women and children. This shows that the EU’s containment and deterrence approach to managing migration has failed to create alternative pathways to safety for those forced to flee.

MSF has been providing medical and humanitarian assistance to asylum seekers and migrants in Greece since 1996. In 2014, MSF expanded its activities in Greece to meet the needs of an increasing number of asylum seekers, refugees and other migrants arriving on the Greek islands and mainland from Turkey. Since 2016, MSF medical teams in Greece have provided services including basic healthcare, treatment for chronic diseases, sexual and reproductive healthcare, physiotherapy, clinical psychological care and psychiatric care, along with a comprehensive social support package. Today, MSF teams work on the islands of Lesvos, Samos and Chios and in central Athens.

our work with refugees and idps>