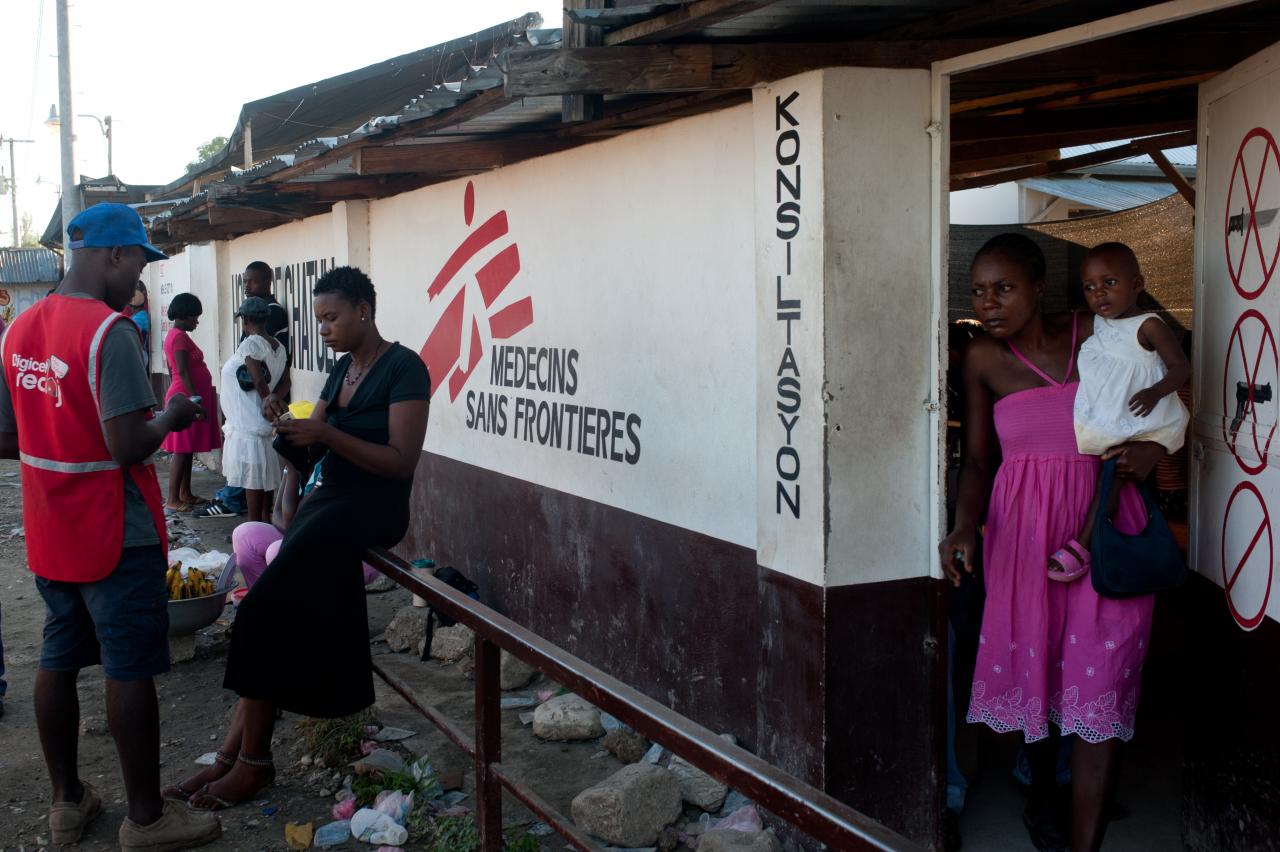 A lack of funds and supplies has crippled cholera treatment programs in Haiti, leading to unnecessary deaths and increasing the risk of greater outbreaks during the upcoming rainy season, the international medical humanitarian organization Médecins Sans Frontières/Doctors WIthout Borders (MSF) said today.

"Some of the staff at the cholera treatment centers have not been paid for several months,” said Dr. Mamady Traoré, MSF deputy medical coordinator, who participated in the Artibonite assessment in late December 2012.

“Infrastructure and equipment are worn out because they haven’t been maintained and there are frequent shortages of medical supplies.  As a result, hygiene precautions that are essential to limiting the spread of the disease are no longer enforced. Sometimes patients are left without treatment or must pay to obtain it. That is intolerable."

Cholera-related mortality has risen since late 2012 in Haiti’s North Department. "The mortality rate exceeds four percent in certain treatment centers — this is four times the acceptable rate," said Joan Arnan, who was in charge of the evaluation.

"This reveals the shortcomings in treatment.  Cholera is not difficult to treat if it’s done promptly. But sometimes there are only two nurses to manage 50 patients. That’s not nearly enough to ensure quality care."

In December 2012, the United Nations launched an appeal for $2.2 billion to fund a plan by the Haitian Ministry of Public Health and Population (MSPP) to eliminate cholera by 2022.  The plan is yet to be funded, leaving many current cholera patients without adequate treatment.

"Cholera now appears to be seen as a development issue to be resolved over the next 10 years, whereas the current situation still calls for an emergency medical response,” said Duncan McLean, MSF program manager in New York.  “The necessary resources for such a response are becoming increasingly scarce."

The deplorable state of the treatment centers suggests that the worst is yet to come with the looming rainy season. In 2011 and 2012, rains led to sudden localized epidemic spikes between May and November. MSF responded within the limits of its resources.

“The priority today must be to strengthen the treatment centers and the early warning and rapid response systems.  The Haitian government and international donors need to ensure that existing treatment sites are equipped and staffed before the rains. That means as soon as possible."

Since the cholera outbreak was identified in late October 2010, MSF has treated nearly 200,000 patients at a total cost of approximately $60 million and with a mortality rate below one percent. During 2011, MSF gradually handed over responsibility to Haitian health authorities for treatment centers outside the area affected by the January 12, 2010, earthquake, after training Haitian staff and donating supplies and equipment. MSF continues to provide cholera treatment in Port-au-Prince and Léogâne, with 23,000 patients treated in 2012.