Haiti: As a health crisis deepens, MSF opens a trauma hospital in Port-au-Prince

A deepening political and economic crisis is putting a severe strain on all aspects of medical care in Haiti, the international medical humanitarian organisation Médecins Sans Frontières (MSF) said today, as it announced the opening of a hospital in Port-au-Prince for patients with traumatic injuries.

Opened 27 November in the Tabarre area of Port-au-Prince, the hospital specialises in treating patients with life-threatening injuries, including open fractures and gunshot wounds. In its first five days of operations, the hospital admitted 21 patients, about half of whom had injuries from violence.

"We are responding to a vital need with the opening of the Tabarre emergency trauma hospital, but this will not be enough," said Jane Coyne, MSF head of mission in Haiti. "The country is undergoing a severe economic and political crisis, and hospitals are struggling to stay open." 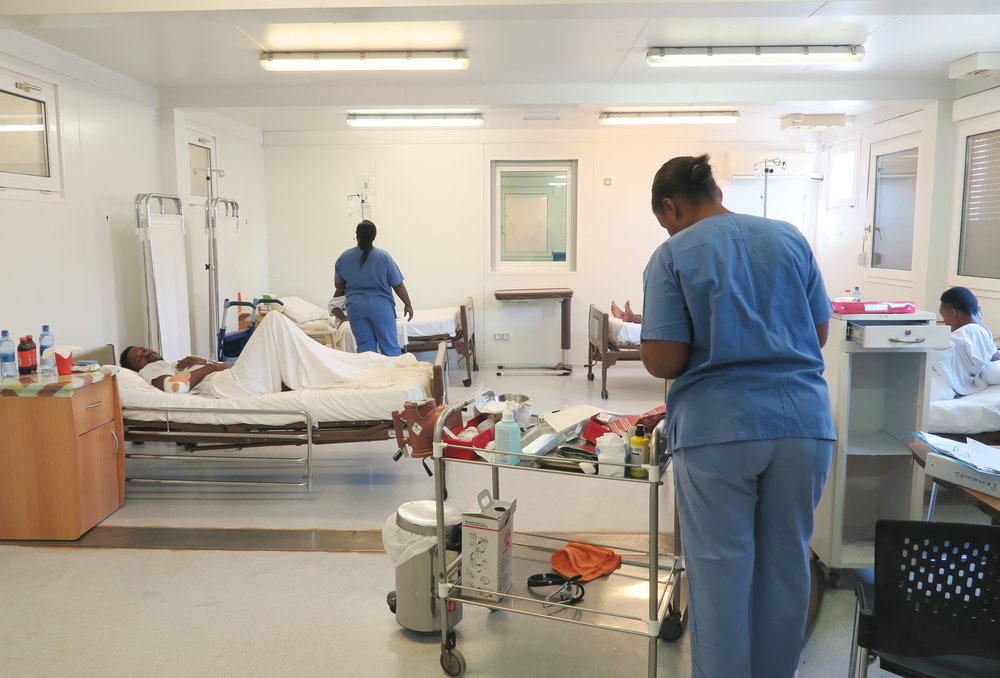 MSF originally opened a hospital in Tabarre in 2012 to provide emergency care to people with traumatic injuries in the years following the Haitian earthquake. The hospital, named "Nap Kenbe," progressively reduced its services in recent years and admitted its last patient in late 2018.

As Haiti's economic and political crisis grew since September 2019, MSF decided on a new initiative to care for patients with life-threatening injuries, which the Haitian medical system now struggles to treat. Working in the same location in Tabarre, the new MSF hospital currently employs 170 medical personnel, including eight surgeons. After opening with 25 beds, the hospital is preparing to increase its capacity to 50 beds.

As economic troubles and political tensions have intensified, medical facilities including those operated by MSF have struggled to meet the needs of patients. Since September, streets have regularly been blocked by barricades made of burning tires, cables and even walls built overnight. These have made it more difficult for ambulances to move and for medical facilities to receive fuel, oxygen, blood, medicines and other supplies.

MSF's medical facilities in Haiti are seeing a high level of need amid the current crisis. So far in 2019, MSF's emergency stabilisation centre in the Martissant area of Port-au-Prince has received an average of 230 patients per month with gunshot wounds, lacerations or other injuries from violence. MSF's hospital in the Drouillard area of Port-au-Prince saw a peak in activity in September, when it admitted a total of 141 patients with severe burns, primarily caused by accidents. 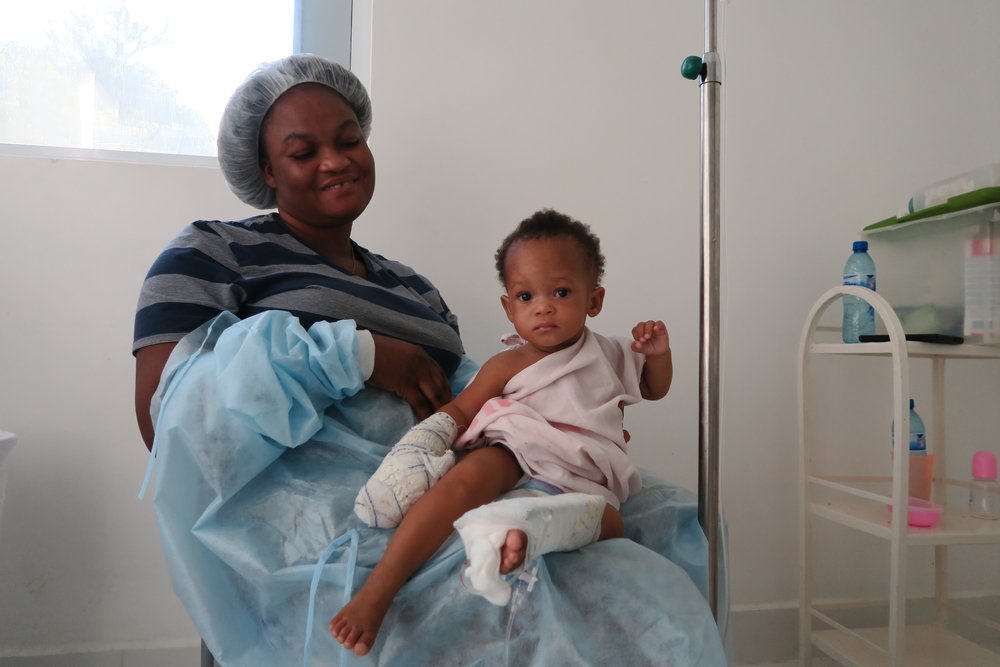 MSF/Caroline Frechard
In October, MSF teams in Drouillard cared for about a dozen young children with burns caused by hot liquids, like Joseph.

To keep MSF's health facilities functioning during the tensions of recent months, MSF has needed to transport hundreds of staff to work each day in MSF vehicles.

"Thanks to the positive reputation of MSF in Haiti, our vehicles are generally respected and are able to pass through the barricades," said Ella Lambe, MSF project coordinator in the town of Port-à-Piment. "However, some health centres where we have referred our patients have been looted, and some of our vehicles have been hit with stones."

In rural areas such as Port-à-Piment, in western Haiti, the broader challenges facing the Haitian health care system are very evident. A local health centre where MSF has long supported emergency and maternal health services now struggles to refer patients to hospitals for higher-level care.

"Before, we could refer patients to another medical facility in one hour for urgent needs such as caesarean sections," Lambe said. "Now it takes from three to five hours to reach a hospital that can care for them."

In collaboration with Haiti's Ministry of Public Health and Population, MSF is also supporting public hospitals in various ways. These include rehabilitating a part of the emergency room at Haiti's State University Hospital, organising trainings for health personnel and providing donations of medicines and essential supplies such as oxygen.

MSF first worked in Haiti in 1991 with programs to respond to emergencies such as natural disasters and other crises. The day after the 12 January 2010, earthquake, MSF launched the largest emergency response in its history. Today, MSF teams in Port-au-Prince and in southwestern Haiti are filling important gaps in health care services and are reinforcing the capacity of local health systems.

Haiti: People’s healthcare in danger amidst worsening anger and despair >