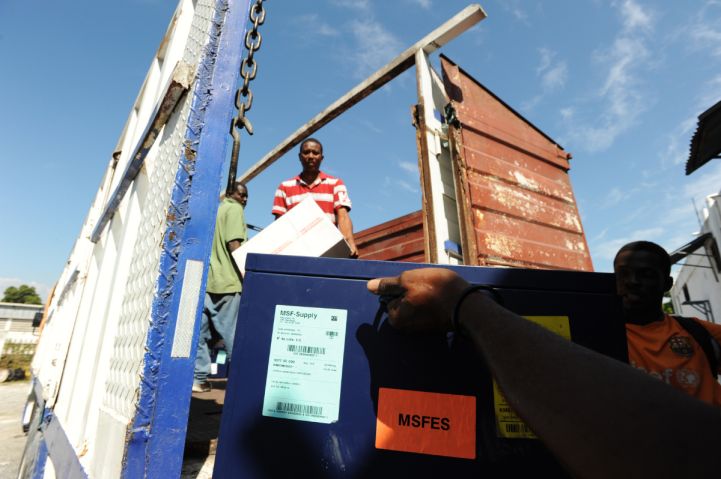 MSF demands deployment of life-saving medical equipment given priority
Médecins Sans Frontières/Doctors Without Borders (MSF) urges that its cargo planes carrying essential medical and surgical material be allowed to land in Port-au-Prince in order to treat thousands of wounded waiting for vital surgical operations. Priority must be given immediately to planes carrying lifesaving equipment and medical personnel.

Despite guarantees, given by the United Nations and the US Defense Department, an MSF cargo plane carrying an inflatable surgical hospital was blocked from landing in Port-au-Prince on Saturday and was re-routed to Samana, in Dominican Republic. All material from the cargo is now being sent by truck from Samana, but this has added a 24-hour delay for the arrival of the hospital.

A second MSF plane is currently on its way and scheduled to land today in Port- au-Prince at around 10 am local time with additional life-saving medical material and the rest of the equipment for the hospital. If this plane is also rerouted then the installation of the hospital will be further delayed, in a situation where thousands of wounded are still in need of life-saving treatment.

MSF teams are currently working around the clock in five different hospitals in Port-au-Prince, but only two operating theaters are fully functional, while a third operating theater has been improvised for minor surgery due to the massive influx of wounded and lack of functional referral structures.