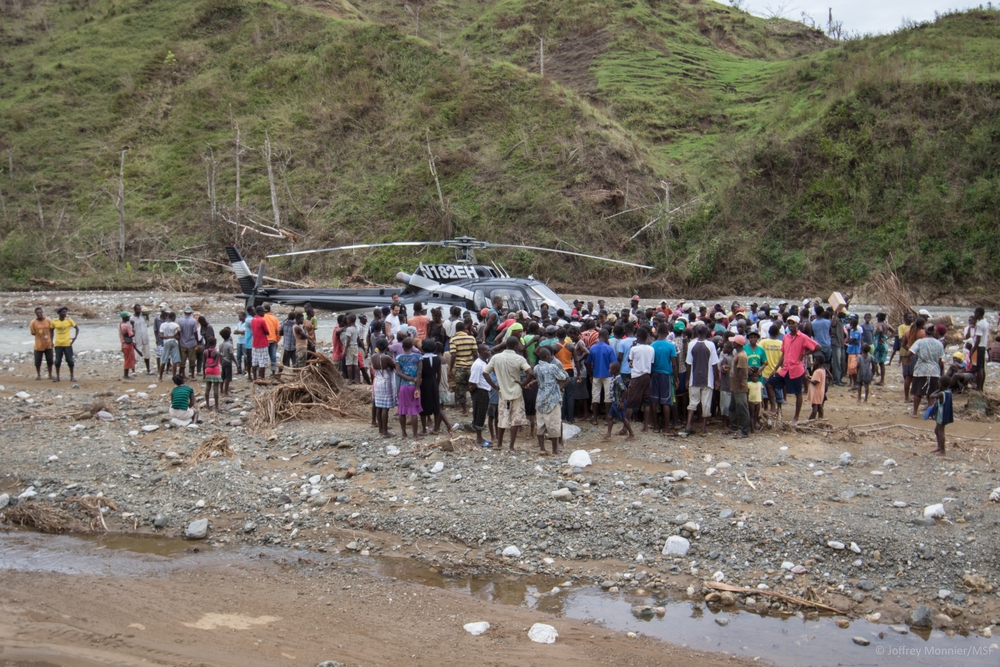 Haiti: Thousands in critical need of food, shelter and water

Three weeks after hurricane Matthew swept over the south-west of Haiti, thousands of people are still severely affected by inadequate shelter, insufficient food and drinking water.

Some remote communities are still cut off and inaccessible.

MSF is concerned by the deteriorating health status of men, women and children children in hurricane affected provinces of Sud, Grande Anse and Nippes.

MSF teams see signs of food scarcity: most of the crops are destroyed or flooded and the vast majority of the livestock is missing or dead.

“During our medical consultations, our patients tell us they don’t know how to feed their families”, says Emmanuel Massart, Project Coordinator in Grand Anse.

“Families have lost livestock, fruit trees and their entire personal reserves during the storm, and what is left is decaying because of insufficient protection from the rain.”

In Sud and Grand Anse, MSF started to monitor the nutritional status of children under five during mobile clinics in order to treat them with ready-to-use therapeutic food if necessary. 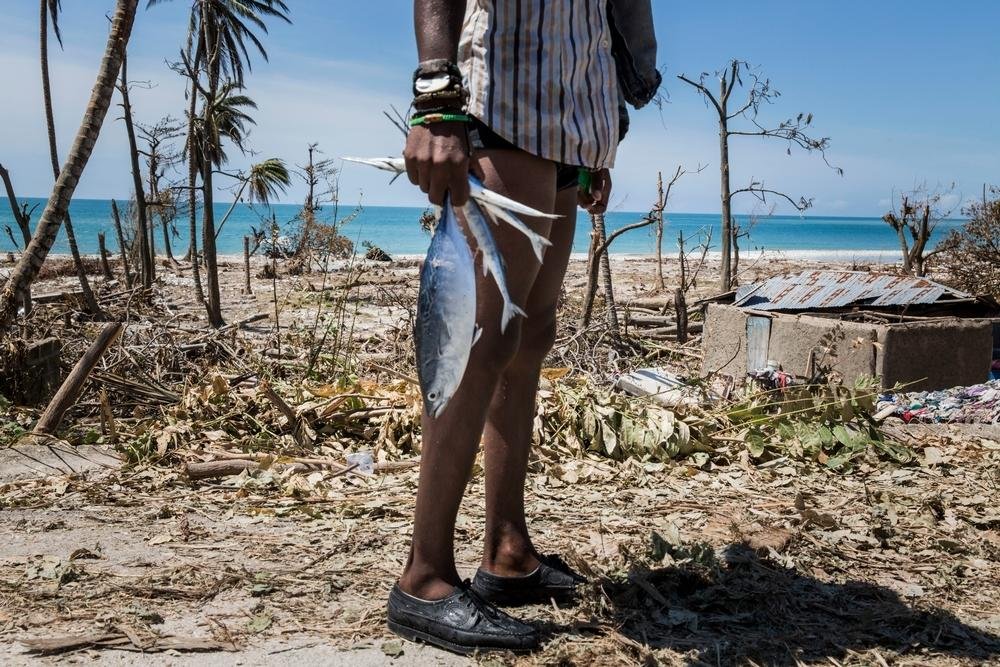 Andrew McConnell/Panos Pictures
A boy carries fish in an area the suffered widespread destruction, near Port Salut, in southwestern Haiti. Hurricane Matthew tore through the Caribbean on October 4 and devastated large parts of the island.

People need a roof for the night

The force-4 hurricane blew away the roofs of most houses in the south-west of the country, and the heavy rains further damaged the rare houses that were still standing.

"They now living in temporary shacks or are sharing overcrowded spaces with other families.” 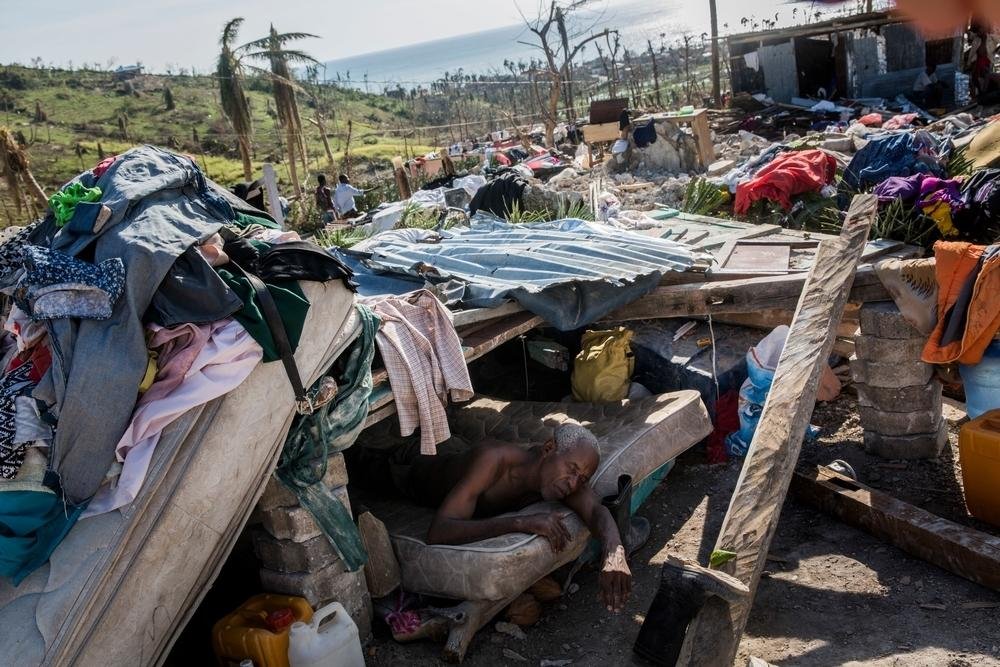 "These systems were further damaged with the floods that followed the hurricane. The people did not have access to clean water."

MSF assessed six wells on the coastline from Port à Piment to Les Coteaux, of which three were contaminated by salt water.

In the valleys or mountains, water sources are sometimes mixed with unsafe river water or debris from landslides. 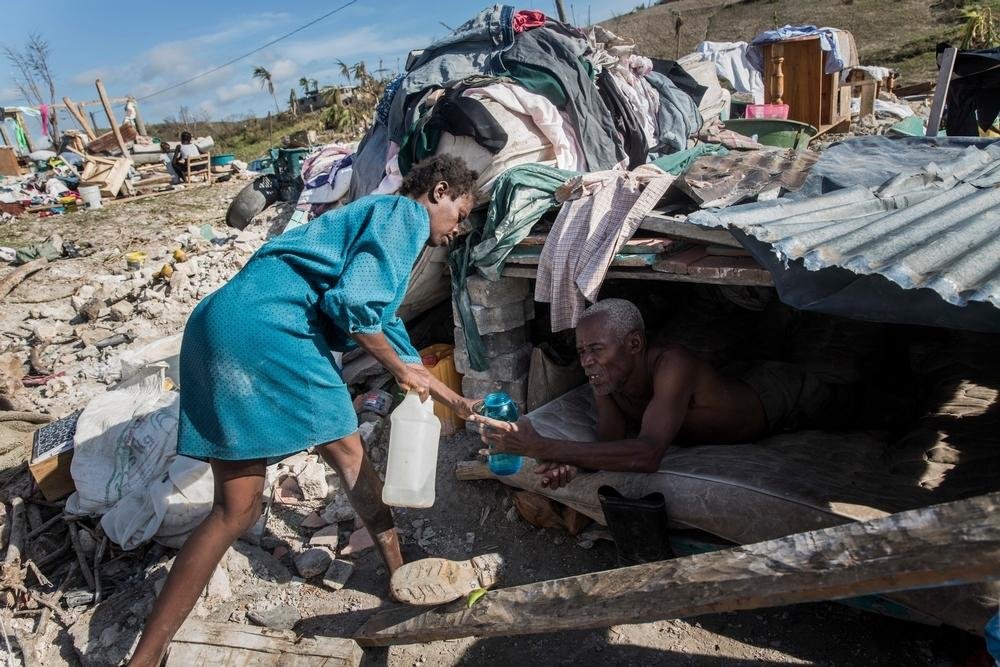 Remote villages were already hard to reach before the hurricane but are now nearly inaccessible. “The two roads leading to the Baradères district are currently cut off," highlights Sinke.

Inaccessibility of remote villages is also impacting the provision of health care.

“Upon arrival in Pourcine, a village in the mountains, we treated fourteen people with serious injuries and one woman who had a miscarriage”, explains Massart.

“If open wounds are not treated properly, the patient goes into sepsis.

"Normally a limb should be removed; but if there is no access to care, the patient will likely die.”

As the number of patients with suspcted cholera in MSF’s Cholera Treatment Centre (CTC) in Port à Piment decreased to six patients on 25 October, the neighbourhood town of Chardonnières reported forty suspect cases during the day.

As the epidemic is unpredictable in current conditions, it is crucial to monitor new cases, provide sufficient treatment centres, access to these facilities and safe drinking water. 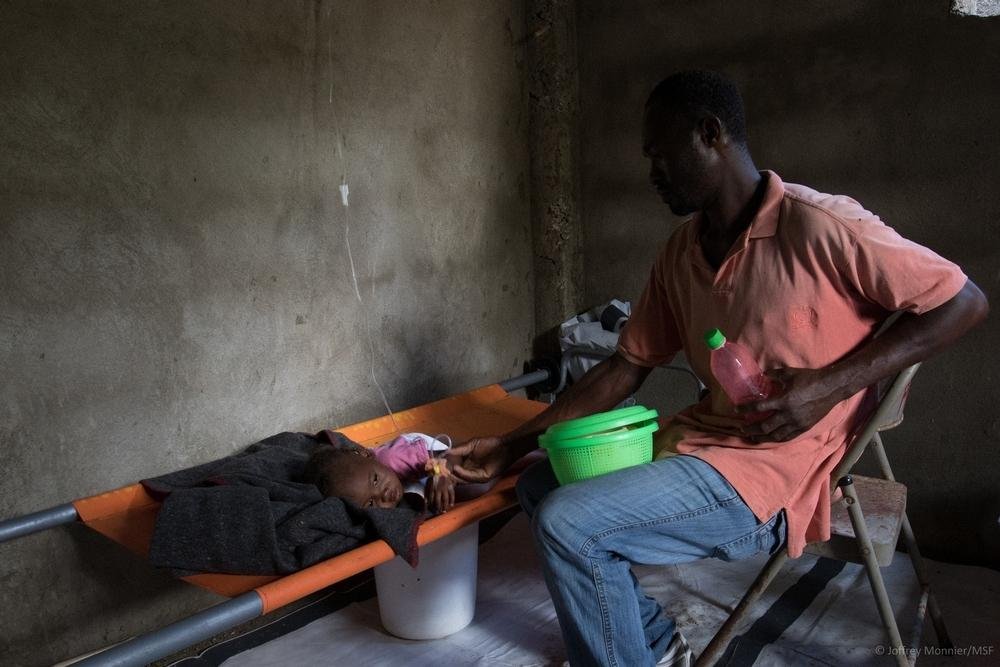 MSF is concerned that the combination of lack of shelter, safe drinking water, food and access will lead to a deterioration of the general health status of the population.

“We are particularly concerned of the heightened risk of infectious diseases, cholera, and a deteriorating nutritional status of children under five in the isolated areas affected by the hurricane."

find out more about msf's work in Haiti