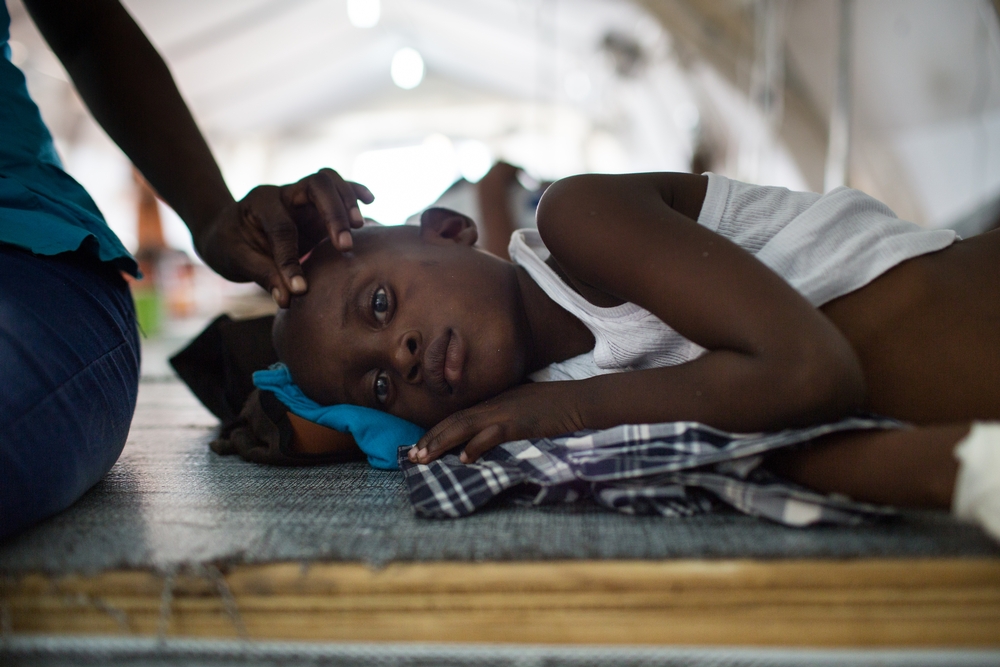 More than 2000 people with symptoms of cholera have needed emergency hospitalization since mid-October in Port-au-Prince, Haiti.

Even though the majority of the Haitian population remains exposed to cholera due to lack of access to clean drinking water and latrines, capacity to treat those affected by the disease is still inadequate. Médecins Sans Frontières / Doctors Without Borders (MSF) has rapidly reinforced its cholera response with close to 320 beds.

Four years on from cholera’s appearance, the Haitian health system is still facing shortages of funding, human resources and drugs. This demonstrates the authorities’ lack of preparation for outbreaks that today are known and foreseeable.

“Patients come to us in critical condition as there is no system in place to provide urgent care, despite the existence of a National Plan for the Elimination of Cholera,” laments Oliver Schulz, Head of Mission for MSF in Haiti.

Thomas Freteur outoffocus.be/
CTC Staff is continually serving serum to the patients in order to rehydrate their bodies

Almost one hundred patients are arriving each day in the emergency centre in Martissant, Port-au-Prince, Haiti.

“We have tried to refer patients to other cholera treatment centres, but we soon realised there were not enough beds,” explains Olivia Gayraud, MSF Medical Coordinator in Haiti.

“The Martissant centre was quickly overwhelmed by the number of patients as national health structures are poorly prepared to react to cholera outbreaks, despite them being predictable during the rainy season,” she continues.

MSF teams rapidly set up two cholera treatment centres in the neighbourhoods of Martissant and Delmas 33. The Ministry of Health also opened structures, but they were quickly unable to function due to lack of financing. MSF subsequently supported some of those centres too, treating a total of approximately 2,000 patients since 10th October.

Many of the sick come from areas where access to clean drinking water and proper sanitation is appalling.

“The slums provide a favourable environment for vibrio to develop and infect the population,” explains Olivia Gayraud. 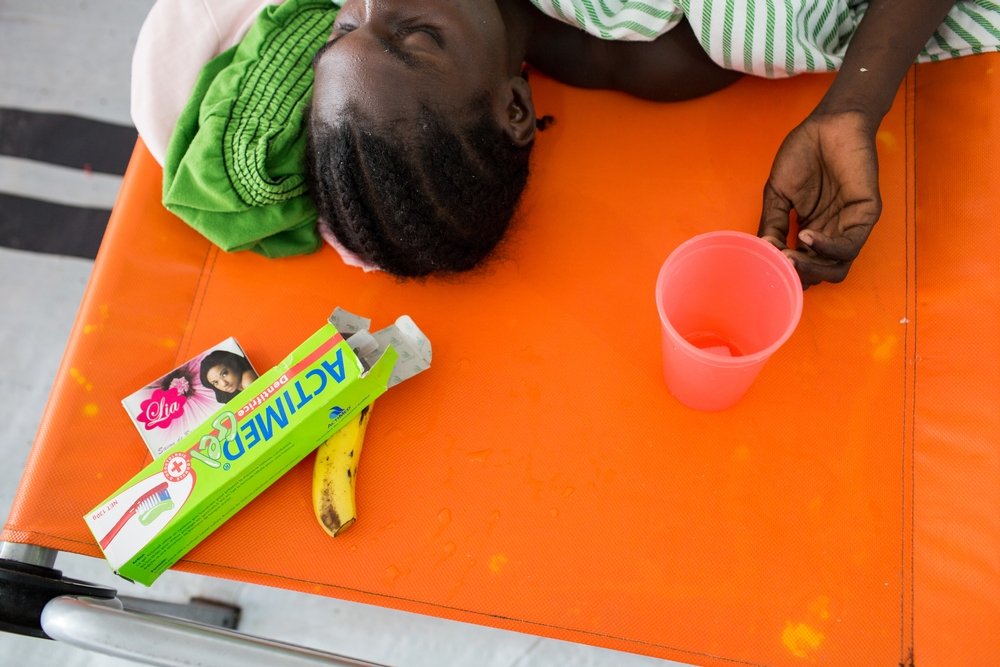 Thomas Freteur outoffocus.be/
The CTC staff keep watch over every patient and provide them as soon as they are "released" chlored tablettes and soap for the entire family in order to avoid a new infection

Once a person is infected via water or food, the spread of the disease is amplified by inadequate hygiene practices, a lack of latrines and an ineffective water sanitation system. It is, therefore, crucial to improve hygiene measures and sensitise the population to eliminate the disease.

In Haiti, the cholera epidemic is particularly severe during the rainy season. In recent years, the population has slowly lost their immunity to the disease. Compared to the same period in 2013, the number of cases handled by MSF has almost doubled.

The lack of sanitary infrastructure and of measures to clean water risk aggravating the epidemic.

“Eradicating cholera requires radical action to prevent and treat the disease. It is necessary to ensure that the chlorination level of water distributed in neighbourhoods is adequate to avoid the spread of the disease,” Oliver Schulz explains.

Thomas Freteur outoffocus.be/
The laundry staff daily cleans and irons hundreds of sheets and uniforms in order to avoid the spread of the disease

“The Haitian authorities, in collaboration with their international partners, must activate an emergency response and quickly integrate cholera case management into their health structures.”

Since the first cholera cases appeared in late October 2010, MSF has deployed emergency medical teams across the Haiti. Of the 711,558 cases registered by the Ministry of Health up to 28th October 2014, MSF has treated more than 204,000 with a mortality rate less than 1%.

Since 2011, after training personnel and donating material, MSF has gradually handed over responsibility for the cholera treatment centres situated outside the area affected by the earthquake of 12th January 2010.

Find our more about MSF's work in Haiti