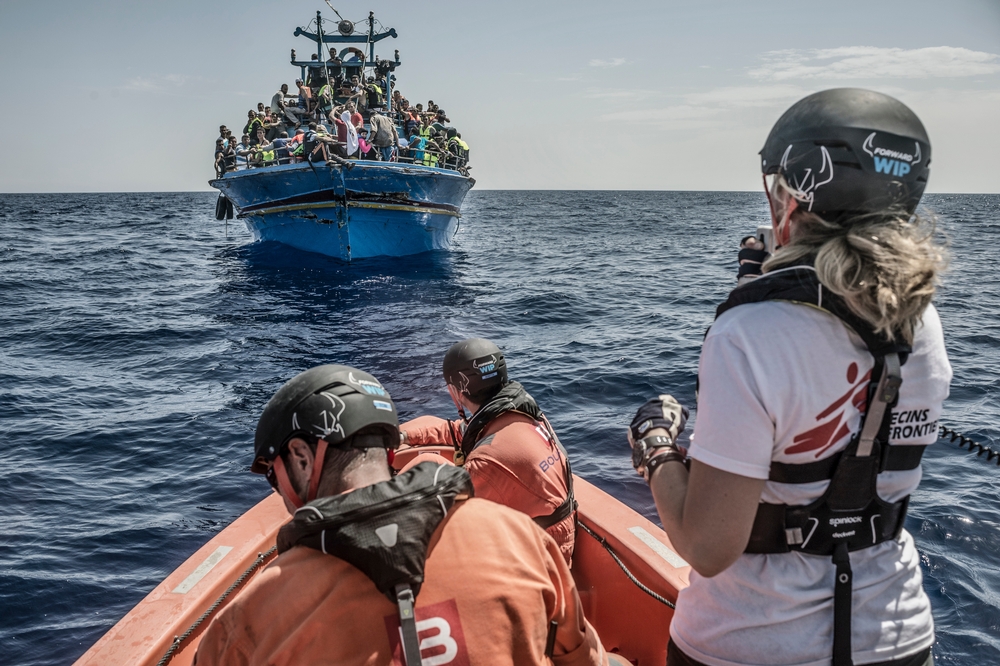 Yesterday, the Libyan authorities publicly announced the establishment of a search and rescue (SAR) zone and restricted the access to humanitarian vessels into the international waters off the Libyan coast.

Following these additional restrictions on independent humanitarian assistance and increasing blockade of migrants within Libya, MSF has decided to temporarily suspend the search and rescue activity of its ship – Prudence. The MSF medical support team will still assist the rescue capacity of the SOS Mediterranean run - Aquarius – which is currently patrolling in international waters.

“If these declarations are confirmed and the orders are implemented we see two grave consequences – there will be more deaths at sea and more people trapped in Libya,” declared Annemarie Loof, MSF’s operational manager.

“If humanitarian ships are pushed out of the Mediterranean, there will be fewer ships in the area to rescue people from drowning. Those who will not drown will be intercepted and brought back to Libya, which we know is a place of lawlessness, arbitrary detention and extreme violence.”

These declarations came barely a week after the announcement of the Italian Navy deployment inside Libyan waters aimed at increasing the capacity of Libyan coastguards to intercept migrant and refugees and send them back to Libya.

“European states and Libyan authorities are jointly implementing a blockade on the ability of people to seek safety. This is an unacceptable assault on people’s lives and dignity”.

MSF further requests that Libyan authorities clarify that all boats, operated by NGOs or anyone else, will be permitted to conduct these rescue activities unhindered and unharmed and that the Libyan nor Italian authorities will interfere with the legally guaranteed right to disembark people in a place of safety.

“MSF refuses to be coopted into a system that aims at all cost to block people from seeking safety,” continues de le Vingne.

“We call on the EU and Italian authorities to stop implementing deadly containment strategies that trap people in a country at war with no regard for their protection and assistance needs. Safe and legal pathways for refugees and migrants are urgently needed in order to reduce unnecessary death and suffering”.

our search and rescue work >