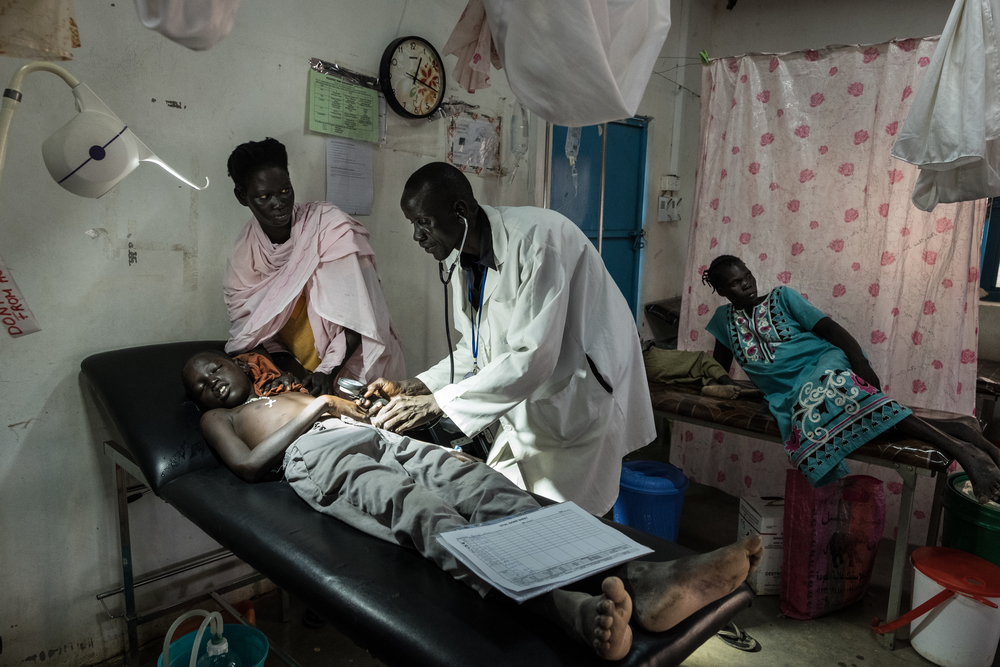 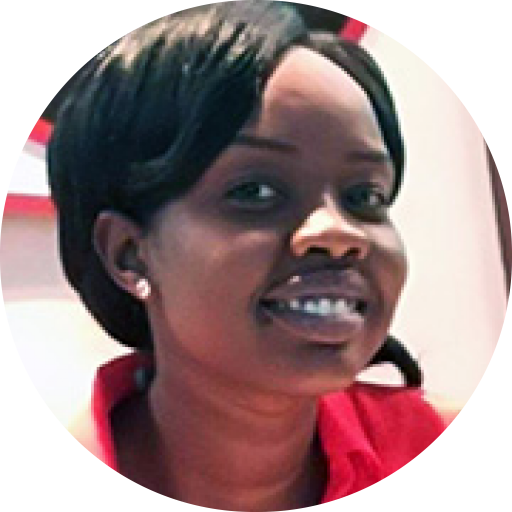 Innovation: "We are able to save many lives using this tiny, portable machine"

Ultrasound is often associated with pregnancy, but did you know that it has many other vital uses in medicine? South Sudanese doctor Achai blogs about how training in the use of new portable ultrasound machines – which have traditionally been bulky and expensive – is helping Médecins Sans Frontières / Doctors Without Borders (MSF) save lives in humanitarian crises.

My name is Achai Bulabek. I’m a 28-year-old female physician from South Sudan.

I graduated from medical school at Ahfad University for Women in 2015. After that, I did my internship for one year in Sudan and then decided to come back to my homeland to serve my community as much as I can.

I first worked as a medical doctor at a teaching hospital in Abyei, a special administrative area between Sudan and South Sudan.

I had a lot of challenges during that eight-month period, which, in 2017, pushed me to apply for the position of clinical officer with MSF – working at their hospital in the town of Agok, also in Abyei.

Since we started using the new ultrasound, something has changed for good for the hospital and the community.
MSF’s hospital in Agok is the biggest hospital in the region and it is well-equipped to provide health services to the community, especially in taking care of emergencies.

Many patients are referred to us from different hospitals inside and outside Agok (including the towns of Mayom, Abyei and Abiemnum) for better management.

We have simple laboratory investigations here, and before the point-of-care ultrasound – also known as POCUS – training began in February 2017, we had just one ultrasound machine in the maternity ward.

This machine could only be used when a medical doctor who was a trained expert in ultrasound was present.  Otherwise, we were not able to use it. 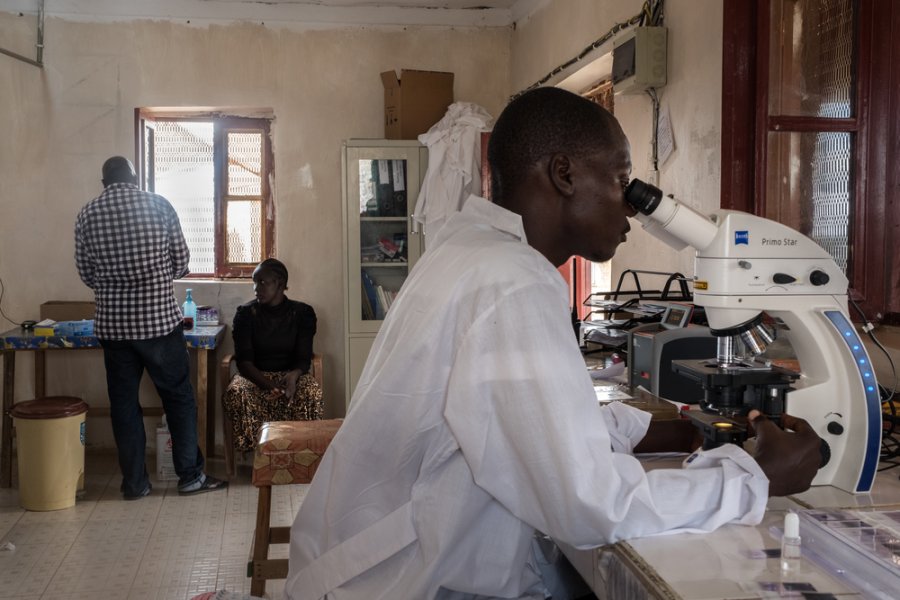 Peter Bauza
The laboratory at the MSF hospital in Agok, South Sudan.

Before the training on the new machines we had many challenges in the hospital, especially in the emergency room, surgical department and close monitoring unit (CMU), where many patients are in critical or sensitive conditions and need an imaging scan to reach a proper diagnosis and management.

However, “point-of-care” means the new ultrasound machines are portable enough to be used wherever we are treating the patient.
These patients can include people with fractures, heart failure, pulmonary oedema (when there is excess fluid on the lungs), pneumothorax (collapsed lung) and acute abdomen conditions.

We used to diagnose such cases based on clinical history and findings, and we would decide empirically, through observation and experience, whether to treat them or not.

Sometimes, we would have to take the risk of a laparotomy, where a surgical incision is made in the abdominal cavity.

This was done if clinical findings led us to suspect a patient had what’s known as “acute abdomen", for example, a sudden, severe abdominal pain, caused by conditions such as acute appendicitis or intestinal obstruction.

At other times, we had to send some patients home when their case was beyond our capacity.

Nowadays, since we started using the new ultrasound, something has changed for good for the hospital and the community, as the staff have developed new skills.

I will share with you just a few cases where ultrasound has already made a big difference for me and my colleagues:

Earlier this year, when we were still undergoing POCUS training, I was called to perform an ultrasound scan on a small boy of around eight to 10-years-old. He came with his father, with a history of trauma and abdominal pain for one day.

I scanned the boy using our ultrasound equipment in less than seven minutes. The scan showed free fluid in his abdomen and a ruptured spleen.

The decision to undergo a laparotomy and surgery to remove the spleen was made immediately, at his bedside, within fifteen minutes.

Peter Bauza
The inpatient ward at the MSF Agok hospital.

During the same month, one of my colleagues was called to the tuberculosis (TB) ward to scan a young man of around 30-35 years old. He was known to have pulmonary TB and had been taking medication for several weeks, but was showing no improvement. This young man had shortness of breath and hypoxia (low oxygen level in the blood).

Ultrasound scanning was done by the clinical officer and it was found out that besides the patient’s lungs being filled with fluid, there was also a huge collection of fluid around his heart, suggesting “cardiac tamponade” – where the heart itself is compressed by the build-up.

Based on these findings, we urgently undertook a procedure to remove the fluid from the pericardium (the sac that surrounds the heart) and the pleural cavity which contains the lungs. And, in less than two hours, the patient was stabilised.

Finally, this month, I was called into the emergency room by one of the clinical officers to scan a young boy of around seven years old. He had a suspected form of pneumonia.

He came in with a history of coughing and fever, plus pain in the right side of his chest for one week following a minor fall.
On examination, the boy had reduced breath and dullness on the lower right part of his chest. So, I did a quick cardiopulmonary ultrasound and it showed a build-up of fluid.

Using the ultrasound to guide us, we did a pleural tap in the operating theatre – meaning we inserted a small needle through the wall of the chest to remove fluid. The tap showed pus in the pleural cavity, so, using a chest tube, we drained the pus within less than 10 minutes.

By these examples, I am trying to tell how useful and effective the ultrasound is in the MSF hospital in Agok. For the staff, and for the community.

It’s a life-saving technique for the patients, less time consuming, and supports decision-making for the staff.  In addition, it is less costly for the hospital and is replacing x-ray and other imaging scans.

Despite all the workload in Agok, with many complicated cases, my colleagues and I are able to save many lives using this tiny portable ultrasound machine.

We are now easily diagnosing many diseases which need imaging to reach a diagnosis, especially in the surgical department.

Finally, this simple machine has changed my own future plan to now include an ultrasound specialisation and strongly enrich my skills and knowledge.

Hopefully, one day, I will be a great sonographer.