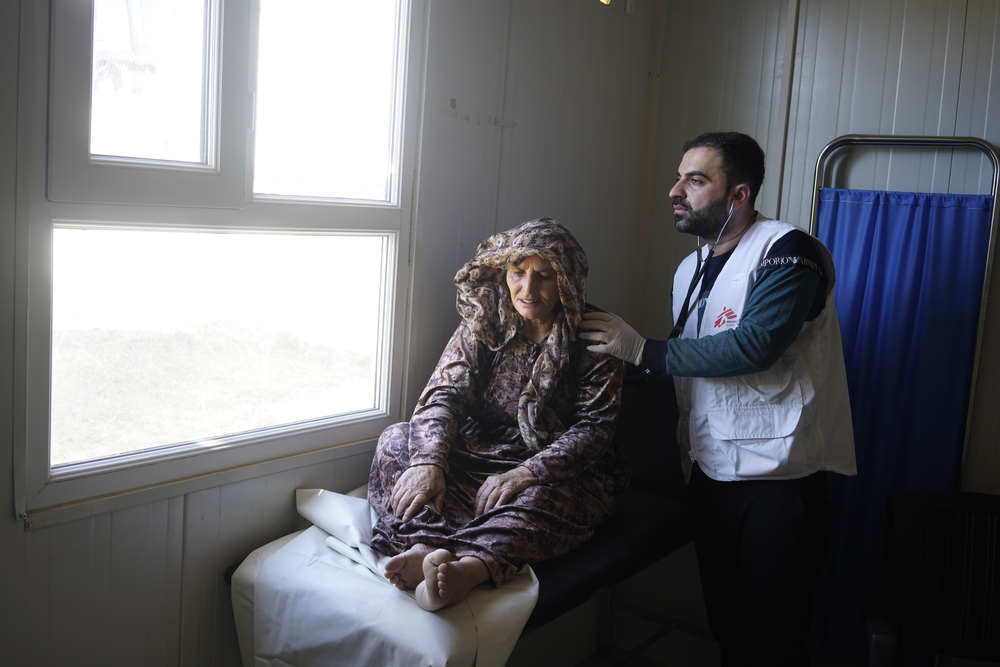 Jamal and Jalal come from the town of Sinuni, in the Sinjar District, which is home to the Yazidi community, in northwestern Iraq.

“Both men match the profiles of health workers pre-identified by MSF in Iraq, who are able to respond to an emergency within 48 hours.

When Bardarash Camp opened on 16 October 2019, to host refugees coming from northeast Syria following the Turkish operation in the region, Jalal and Jamal were part of the first MSF medical team sent to the site. More than 11,000 people who have arrived from Syria now live in this camp, which was originally built in 2013 to accommodate Iraqi refugees fleeing fighting in Mosul, Iraq.

"As former refugees, we know what they may be feeling in these moments that we ourselves have gone through."

The two health workers are responsible for conducting a mental health needs assessment with refugees in the camp, while a mental health consultation service is being set up. They began by providing initial psychological support to the camp residents. 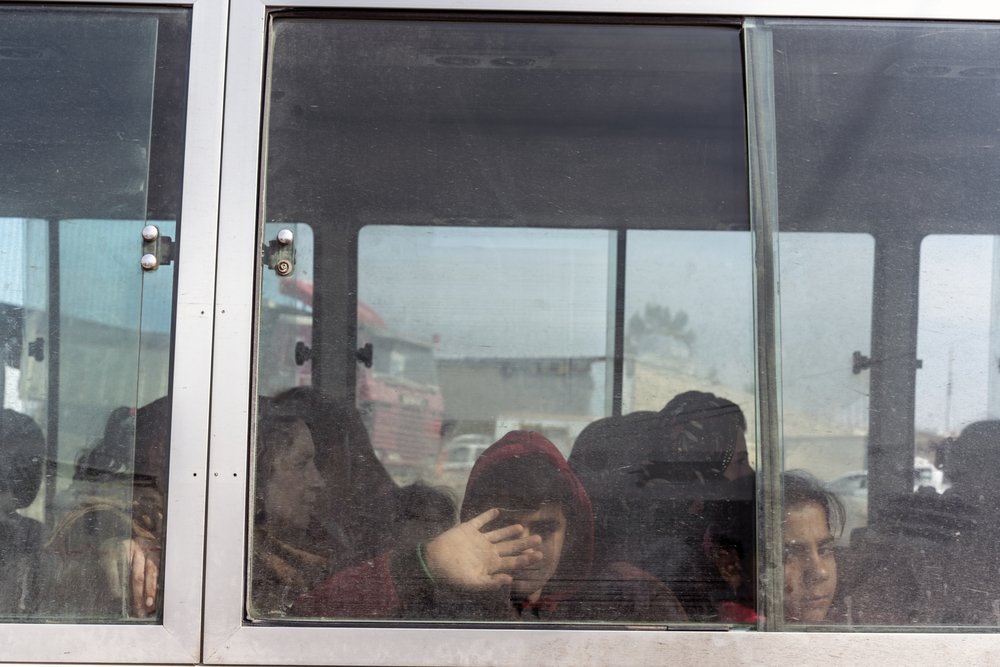 “This involves travelling through the camp, going tent to tent, to meet families and identify symptoms that may be related to psychological trauma,” Jamal explains. “As former refugees, we know what they may be feeling in these moments that we ourselves have gone through. What’s more, the language that Syrian Kurds speak is close to that of our region, which makes it easier for us to understand each other and create a close bond.”

Jamal and Jalal had the painful experience of being refugees when their region was controlled by the Islamic State group in 2014.

“We are here to tell them that they have a future here and elsewhere, that NGOs like ours will help them at different levels, and that we are here to listen to them."

“We fled to the mountains,” says Jalal. “Then, with some of my relatives, we crossed the Syrian border before heading towards Dohuk, in Iraqi Kurdistan. From there, I was able to continue my distance learning at Mosul University while the city was under occupation.”

Finishing second in his class at the end of his studies, Jalal had to juggle a busy schedule. 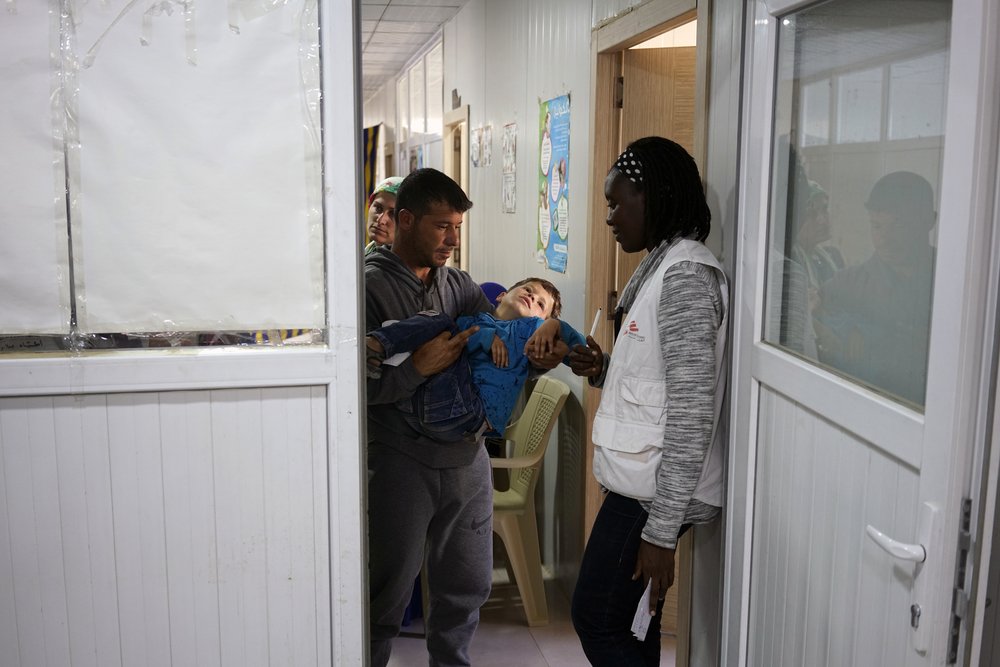 “From 8am to 2pm, I was in class. Then I would go to the refugee camps to teach English to children who could not attend school,” Jalal says. “I spent my weekends and holidays in the camps as a volunteer. I conducted first-aid training and continued my English lessons there.”

Responding to the psychological trauma

In 2018, while back in Sinuni, in Sinjar district, to renew his identity card, Jalal heard about the opening of an MSF project on mental health, and joined the medical team. Jalal and Jamal are now working as a medical translator and a community health worker, respectively, in order to respond to the psychological trauma of people shaken by their time spent under the IS-group’s control.

In the heat of the camp located on a large, sunny plain, the hundreds of tents set up on concrete slabs shelter families forced to flee the conflict in northeastern Syria.

“We are here to tell them that they have a future here and elsewhere, that NGOs like ours will help them at different levels, and that we are here to listen to them,” says Jamal. “We take the opportunity to show them some breathing and self-massage exercises to relieve moments of stress”.

At the end of each interview, families are given a small brochure which explains the symptoms of psychological suffering, so that people can identify it and seek medical help if needed. 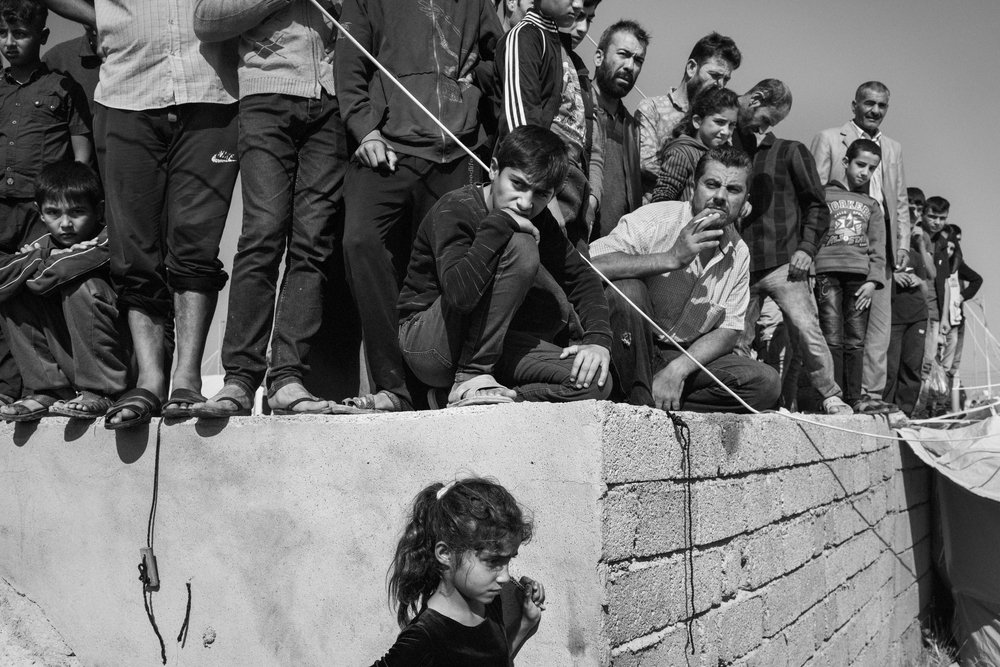 “People have as many questions to ask us as we have for them and that's normal,” says Jalal, smiling. “Even if we don't have all the answers, what's important to them is that they can share their stories, fears and doubts. This helps us identify people who may need more support.”

A few days later, a new team came to relieve Jamal and Jalal, who can return to Sinuni and resume their regular activities. They will come back if needed. As for the question of fatigue and high workload, Jalal dismisses it systematically: “I don’t get tired of helping people”.