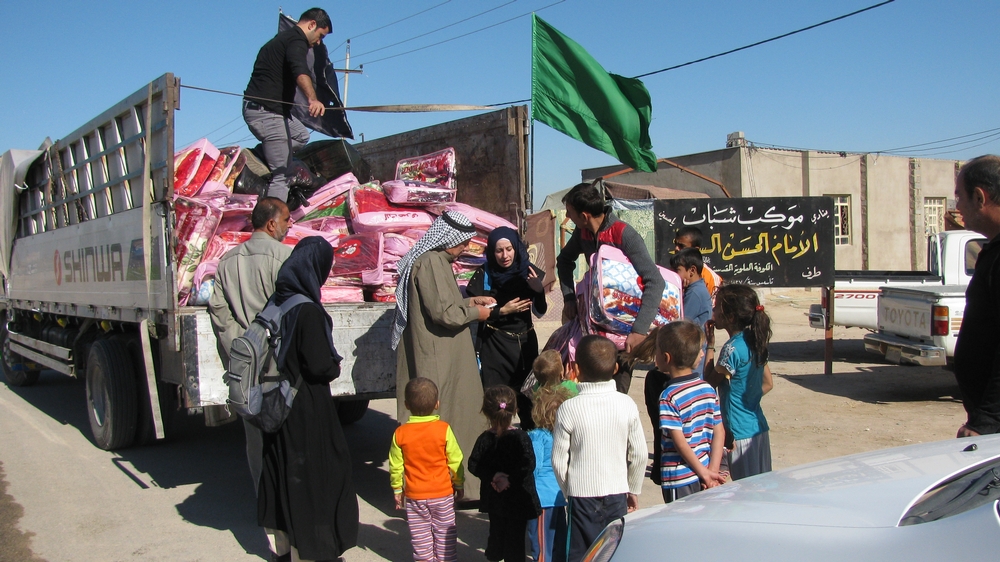 Médecins Sans Frontières/Doctors without Borders (MSF) project coordinator Omar Ahmed Abena gives a first hand account of the difficulties facing internally displaced people (IDPs) in the southern Iraqi towns of Diwaniya, Kerbala and Babil during the first month of the Islamic calendar, as winter sets in and the conflict that has forced them from their homes persists in neighbouring towns.

"It is six o'clock in the morning and, despite the temperature exceeding 50 degrees in the hot months; it is a little cold at the MSF project in Najaf. Yesterday afternoon we received a call from Khalid, who is from Telafar district in northern Iraq. Displaced by the war, he sometimes works for us from the city of Ein el Tamer.

Situated on the border between the regions of Kerbala and Anbar, Ein el Tamer is one of the reception points for the hundreds of thousands of displaced people who have fled the combat zones in recent months.

An idyllic place full of palm trees beside an oasis that looks like a film set, this small town has gone from being a voluntary local tourist destination for those wanting a break, to a forced one for those looking to survive.

But let’s go back to Khalid. In that call our colleague informed us that during the last week hundreds of families were arriving from the region of Anbar, particularly from the cities of Ramadi and Hit, where currently there are fierce clashes between the Iraqi army and militia of the so-called Islamic State.

For the last two months, as part of our emergency aid intervention for the displaced in the current war in Iraq, we decided to assist these displaced families with distributions of hygiene kits and winter preparedness kits that will help them confront the winter season with more guarantees.

After carrying out the strict and regular security checks (not only were we only heading to a town just tens of kilometres from the front, but there is also a considerable risk of attack on the road at the various checkpoints), we headed north followed by a couple of trucks loaded with the above kits.

'The needs are greater than our capacity'

The journey is not long, and the peculiar decoration of the inns on both sides of the road on these special days for Shia Muslims, makes it rather pleasant. We are in the middle of the first month of the Islamic calendar - Muharram - in which, curiously, fighting is forbidden.

Along the roads leading to the holy cities of Najaf and Kerbala, the inns to accommodate the pilgrims (currently used to accommodate the displaced) are prepared and covered in black and green flags, as well as posters and images of Hussein, son of Ali - nephew and son-in-law of the prophet Muhammad - and thus a figure revered by Shi’ites.

When we arrive at Ein el Tamer, we are able to organise the distribution, thanks to the collaboration of the local council, to the hundreds of families registered as very recent arrivals. There are complaints of all kinds and from all sides.

I hardly understand them, but I can confirm that although these kits will help to prevent certain infectious diseases by maintaining a minimum of hygiene and to avoid the damage of the low night temperatures of the desert, they are far from guaranteeing the basic and decent welfare all people need.

And they are completely right: the needs are greater than our capacity. We have learned that the city hospital offers free access to these displaced families, but we will probably have to do another distribution for new families. Besides, we have to contact other humanitarian actors to advocate for a more comprehensive assistance. 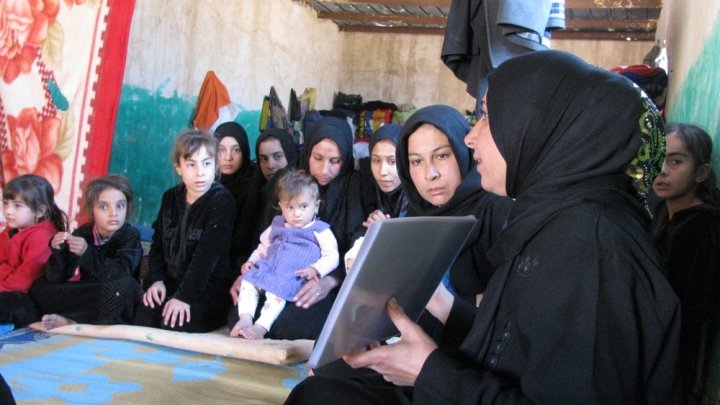 MSF
MSF is assisting IDP families in Diwaniya , Kerbala and Babil, in the South of Iraq, with NFI distribution, mobile clinics and health promotion.

In the following weeks, regions of Najaf and Kerbala will become filled with millions of pilgrims. And hopefully, in the middle of one of the biggest shows of solidarity in the world today, the displaced will benefit from all the free services that religious authorities have, especially during the last two weeks of Muharram.

Logically, our concern is what will happen in mid-December when all this display is finished for this year. The challenge is to ensure the continuity of the access to basic services and, especially for our part, to health workers. These exist, but there are several intangible cultural barriers that make them not accessible.

So, beyond the occasional emergency distributions, we at  MSF’s project located in Najaf hope to contribute to building bridge needed to cover the gap between services and needs.

After four years of collaboration with the reference maternity hospital in the region, having contributed significantly to the reduction of neonatal mortality of nearly three thousand monthly deliveries, we have recently started an intervention to assist those displaced by the conflict arriving from the north of the country.

Both in the holy regions of Najaf and Kerbala, as well as in Babil, Diwaniyah and Wasit, we are starting to run mobile clinics and we will provide mental health services. We hope to be able to report in a few months that we are achieving the necessary integration of these families - in terms of access to health care - for whom the return home is above all uncertain, and in any case will not be quick.