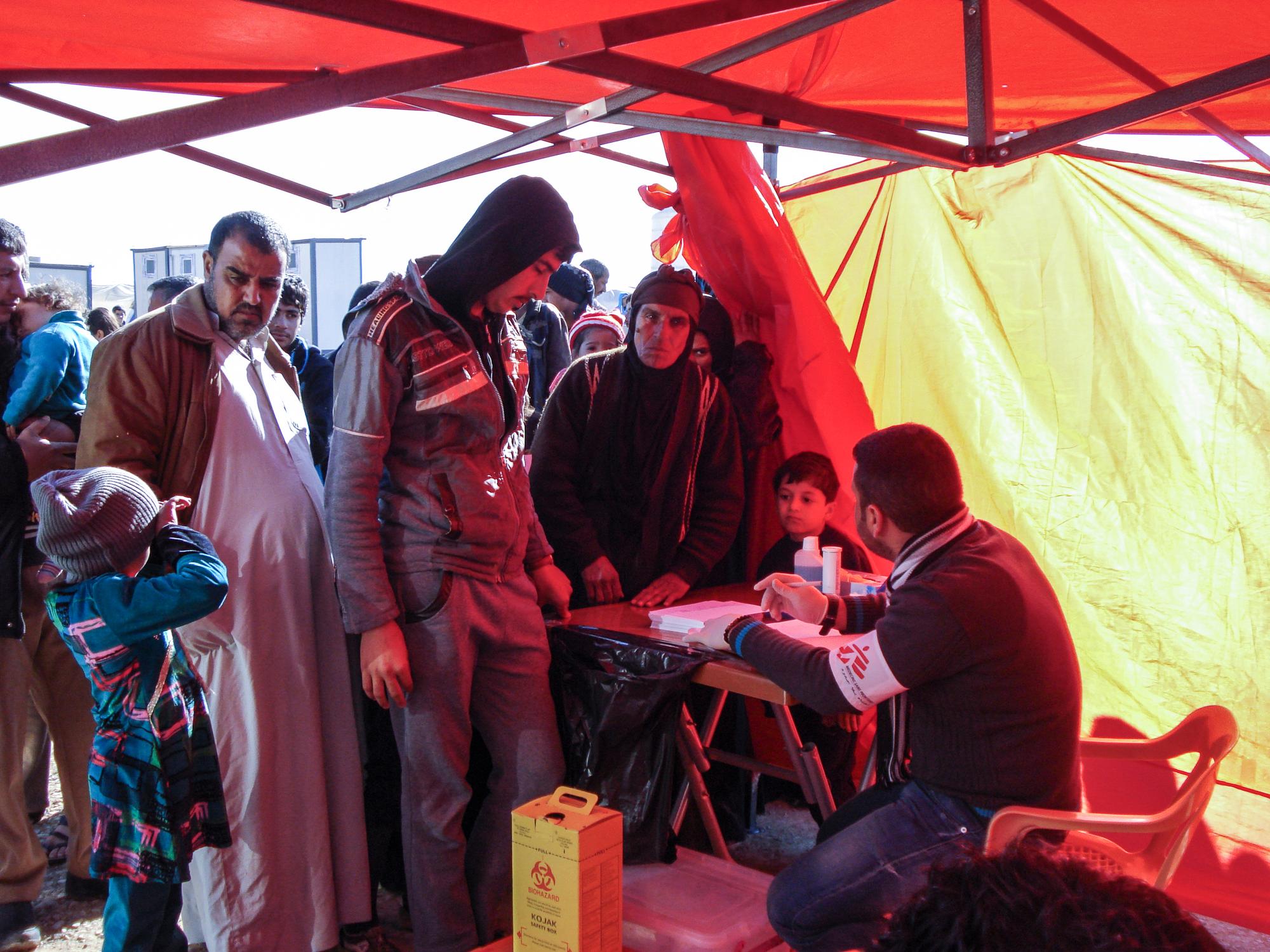 In lieu of the recent military offensive to retake Mosul, people in the Iraqi city have been forced out of their homes and into displaced persons camps.

After several weeks, most people start to get used to life in their new surroundings. However, others will go on to develop lasting mental health problems - having lived through extremely distressing experiences.

Some even develop suicidal thoughts and tendencies as a result of their ordeal.

One 50-year-old man in Khazer 1 camp, from Mosul, remembers when all his shops were destroyed.

Living in fear of IS violence

“I couldn’t make myself get into the tent," he says. "I cried. I’d like them to come and kill me, and everyone in my family.

"This is like being in a prison. It took me 20 years to build my home. It’s all gone.

"I’ve got nothing left. Not a single dinar in my pocket.”

In reaction to people suffering from such mental trauma, we step in quickly and offer them the services of a psychologist or psychiatrist.

Though these displaced people have fled Mosul or nearby villages for the safety of the camps, many are still terrified and live in fear of being exposed yet again to Islamic State violence.

Some 30,000 people are living in camps in Hassansham and Khazer, 35 kilometres east of Mosul.

Mental health teams from MSF see around 45 patients a day, composed of a psychiatrist, psychologist and community worker.

“[Patients] have endured two years of the so-called Islamic State (IS) occupation of their town or villages, coupled with airstrikes, Iraqi forces fighting IS, fleeing for their lives, and arriving in a displaced persons camp”, says Bilal Budair, MSF mental health manager in Erbil.

“These people had to leave very quickly, taking nothing with them.

"And now they find themselves confined in a camp.”

Our mental health teams worked with Syrian refugees in northern Iraq back in 2013. Then, in 2014, they began assisting displaced Iraqis who fled Mosul when IS took control of the region. 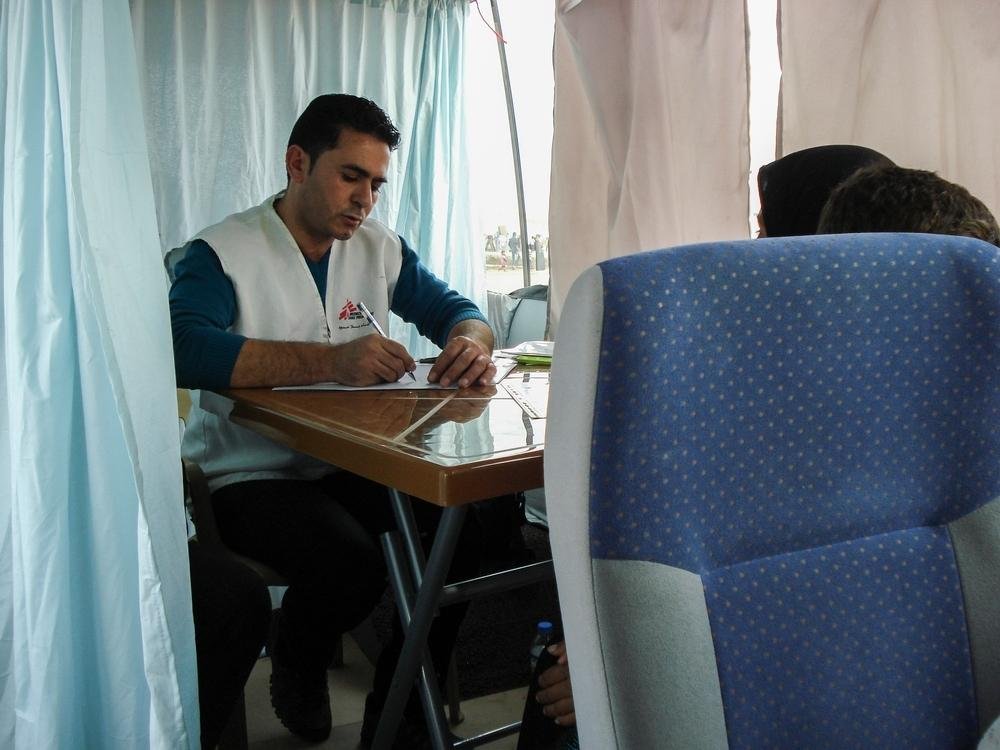 Brigitte Breuillac/MSF
Psychologist consultations in IDP camps in Hassansham and Khazer, Mosul.
The past year has seen a rise in the number of patients suffering from severe mental health disorders.

Key events include the escalation in population displacements in Ninewa Governorate and the launch in mid-October of the battle to retake Mosul.

Since November 2016, patients consulting our services have been progressively affected by the war in Iraq.

As they listen to what some of their patients have to say, our psychiatrists are shocked by what they hear. However, the facts are inescapable as different people recount the same story.

"Some patients had seen corpses of murder victims strung up and left to hang for days on bridges over the river."

Many patients tell us they were witness to public executions in the market.

Some had seen corpses of murder victims strung up and left to hang for days on bridges over the river.

Death by stoning, beheadings, torture and corporal punishment - all so much violence that has left many deeply traumatised.

Yet our mental health staff report that many patients would have never considered consulting a psychiatrist before now, seeking help that is available in the displacement camps.

Our mental health teams in Hassansham and Khazer camps give consultations to patients suffering with a variety of problems: including depression, anxiety, acute stress reaction and post-traumatic stress disorder.

They also see patients already ill with chronic diseases such as epilepsy and psychosis. These patients would have suffered long before they had to flee, and need to resume treatment.

Other organisations in Iraq delivering primary healthcare or psychological support in the camps refer patients to our teams. These patients tend to suffer from more severe mental disorders, handicapped in their everyday lives by disturbed sleep or acute problems.

We treat all cases, moderate as well as severe”, continues Bilal Budair. “In fact, MSF is the only aid organisation treating severe cases and providing psychiatric care.

"We are on-hand to assist people and identify the most vulnerable.

"We’re here to help them and anyone close to them experiencing difficulties in adapting to the situation.”

find out more about our work in iraq