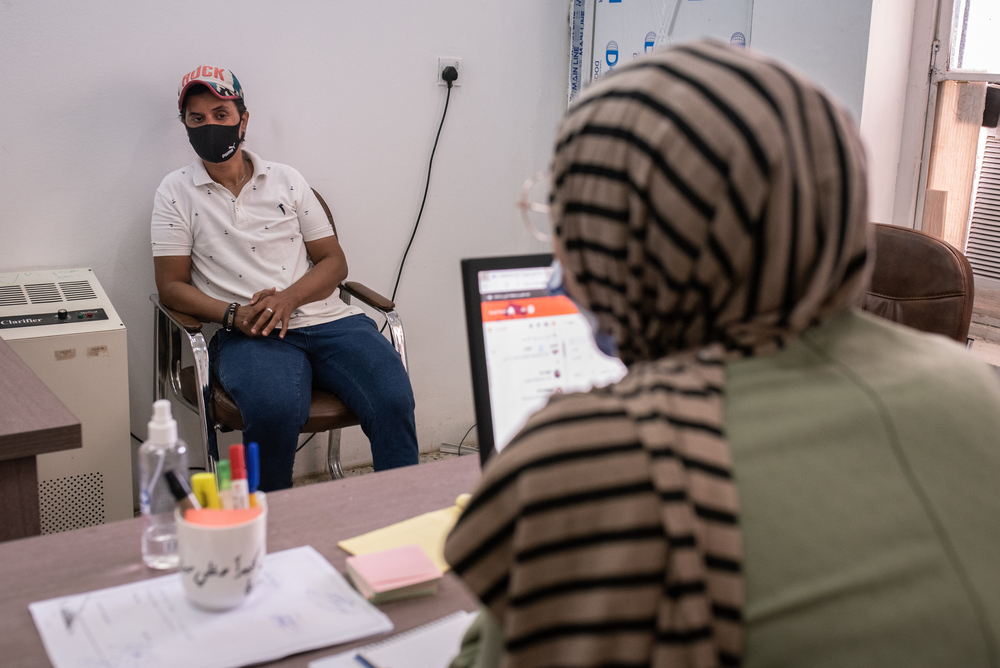 Iraq: Tackling multidrug-resistant tuberculosis, one patient at a time

In the neighbourhood of Sadr City, in Baghdad, Iraq, Ihsan Ali sits with his four children in their home. The 44-year-old man is enjoying the company of his family after weeks of having to isolate from them. Ihsan has had tuberculosis (TB) couple of times before, but most recently he was diagnosed with a multidrug-resistant form of the disease.

Uncomplicated TB is curable, but patients must endure long months of treatment with harsh drugs.

TB can also become resistant to these medications and evolve into a form of the disease called multidrug-resistant tuberculosis (MDR-TB). 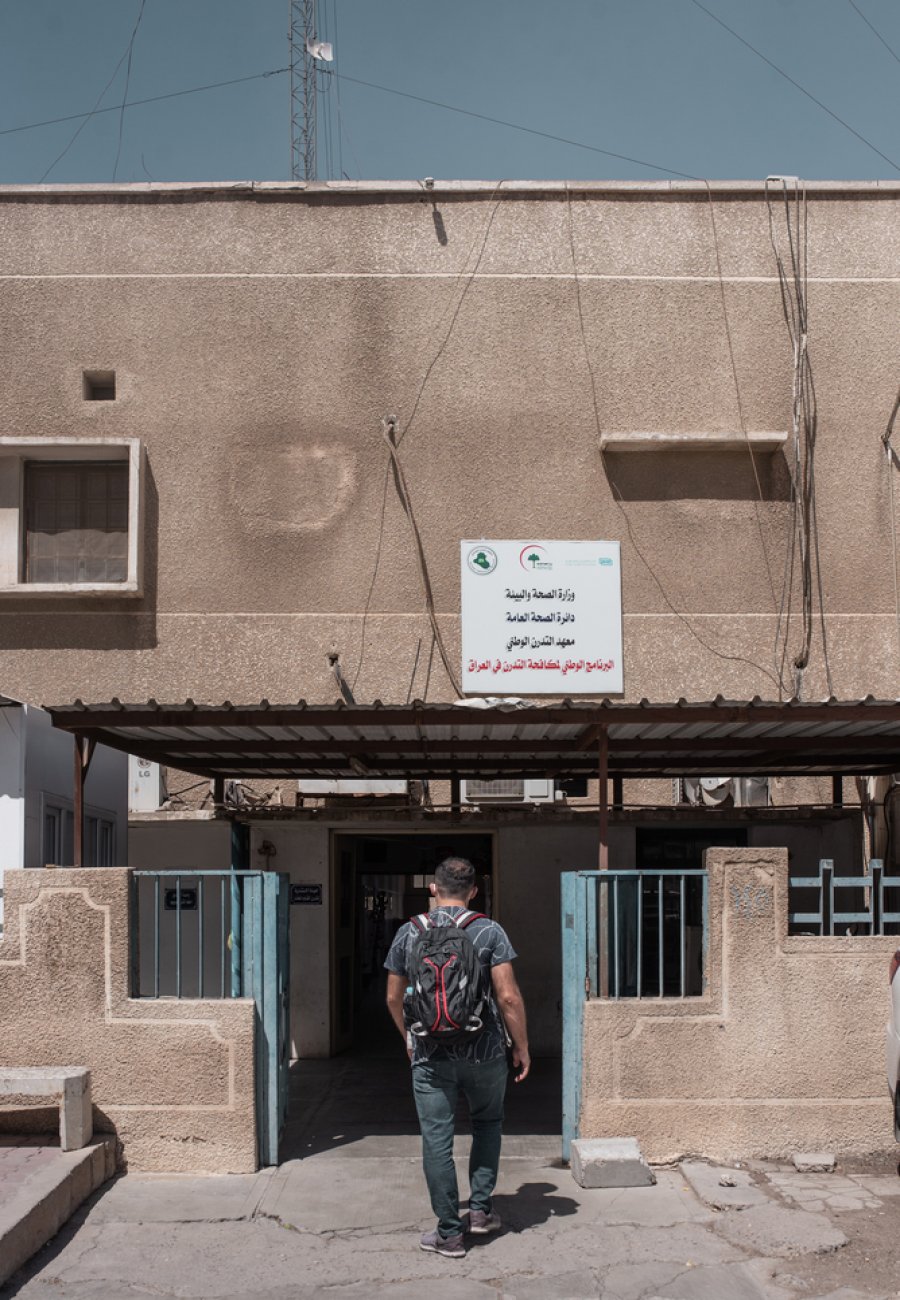 Drug resistance emerges when TB medicines are used inappropriately, through incorrect prescription by healthcare providers, when poor quality drugs are used, and/or when patients do not adhere to their prescribed treatments.

Until recently, the only way to treat MDR-TB was with potent oral and injectable drugs.

This treatment regimen could take up to two years and could cause serious side effects such as deafness, kidney damage and severe psychological illness.

A better treatment for MDR-TB patients

MSF has also introduced an innovative treatment regimen for MDR-TB patients, involving the use of new drugs bedaquiline and delamanid. 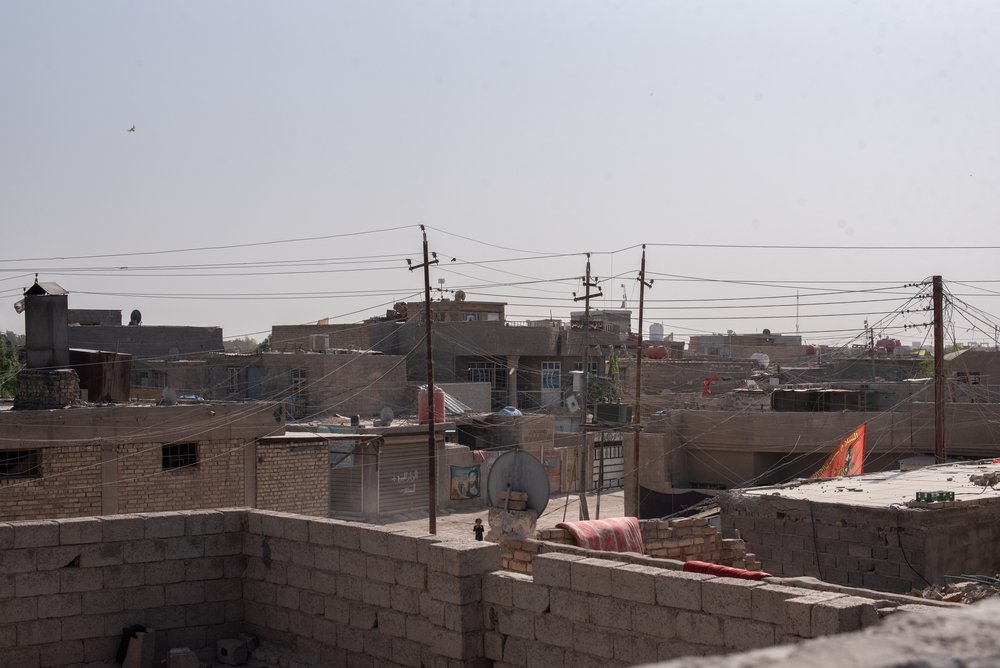 MSF/CHLOE SHARROCK
Ihsan’s neighbourhood, Sadr City, a very popular area of Baghdad, that is located about an hour away from the Baghdad Medical City where the National Tuberculosis Institute is located.

These new drugs have also demonstrated superior patient adherence rates, higher success in treating MDR-TB in a shorter period and less side effects for patients.

“During my previous infections, I was treated with daily injectable medications, which were giving me many side effects,” says Hameeda, a 65-year-old grandmother who had MDR-TB.

“My body was itching a lot and I had developed bruise marks on my skin. But since I started taking oral tablets, I feel better. The tablets still hurt my stomach, but they were far better and I have fewer side effects compared to the injections.”

Hameeda is one of the first Iraqi patients to be completely cured from the disease after completing this new treatment regimen.

“We are very happy that six Iraqi patients with MDR-TB have now fully completed their treatment and are cured. And as of August, 2021, we have 93 patients still being treated,” says Hemant Pangtey, MSF’s Project Medical Advisor in Baghdad who oversees the MDR-TB patient cohort. 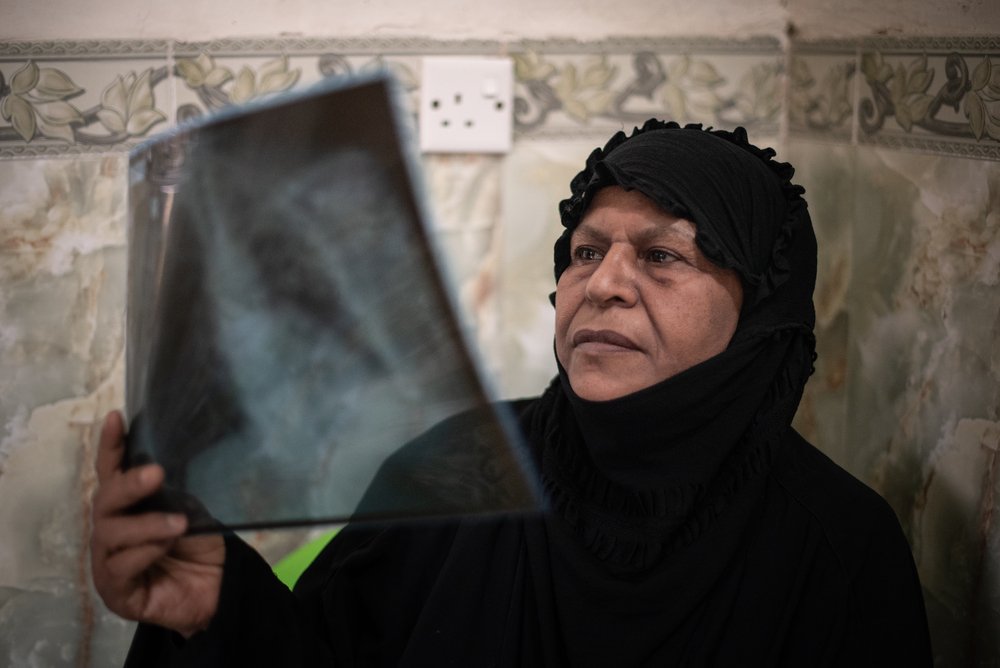 MSF/CHLOE SHARROCK
Hameeda, 65, looks at an x-ray of her lungs. Hameeda, photographed in her home, is Iraq’s first patient to be cured with the new oral treatment for multidrug-resistant tuberculosis.

MSF started implementing this new drug regimen to treat MDR-TB patients in Iraq in 2020, in partnership with the National Tuberculosis Institute.

Later that year, it was officially recognised as the treatment regimen for all MDR-TB patients in the country.

Today, all new patients diagnosed with MDR-TB in the country are treated with the oral new regimen , with only few exceptions based on medical requirements. 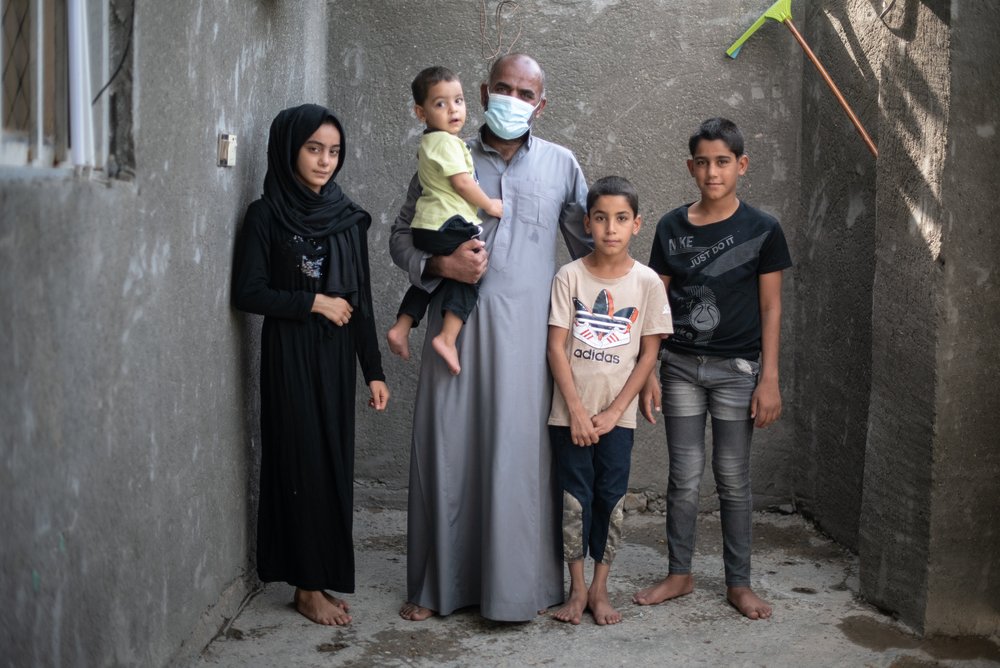 MSF/CHLOE SHARROCK
Ihsan, 44 multidrug-resistant (MDR-TB) patient, and his family. Since February 2021, Ihsan was declared not contagious, and since then, he doesn't have to isolate himself anymore from his family.

“When I was told that I had a multidrug-resistant form of TB, doctors at the National Tuberculosis Institute told me about this new drug regimen that needs to be taken orally,” says Ihsan.

“I agreed straight away as I didn’t want to take painful injections again every day. I’ve been on this drug regimen for almost 10 months and I’m doing very well. The pills that I am taking are a blessing compared to the injections."

Patients with all forms of TB face many challenges in their personal lives due to their medical condition.

In the early phase of the disease, they are infectious and must isolate themselves to avoid infecting others, which usually affects their mental health as well as their livelihood.

“Before getting sick, I used to work as a porter, but due to my illness I can’t work anymore. We can’t afford many things,” says Ibrahim Mohammed, a father of eight from the Baghdad suburb of Sadr City. 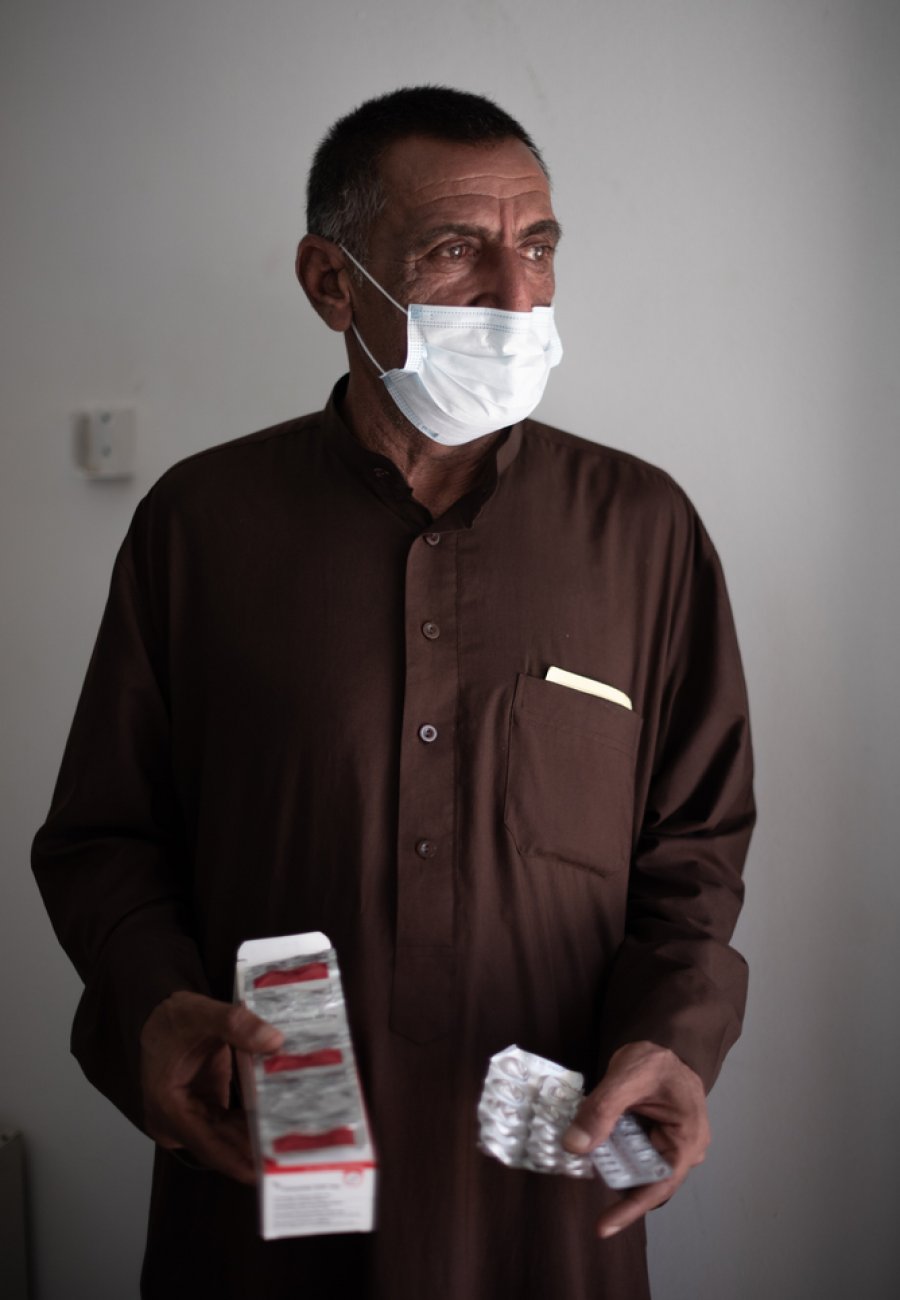 He has MDR-TB and is currently in the infectious stage of the disease. “Most of the time, we can only afford food, and that’s mainly from my son’s work—he is a porter too.”

MSF provides support to patients with MDR-TB to decrease the financial burden of treatment, and to encourage people to attend their follow-up appointments as advised by their healthcare providers.

This includes providing transportation allowances to and from the National Tuberculosis Institute, as well as food baskets for those who, like Ibrahim, are unable to work while sick.

But our teams are aiming to go a step further in our projects for MDR-TB patients in Iraq.

“The ongoing aim now is to decentralise the treatment so that people do not have to travel to Baghdad to benefit from it,” explains Pangtey. 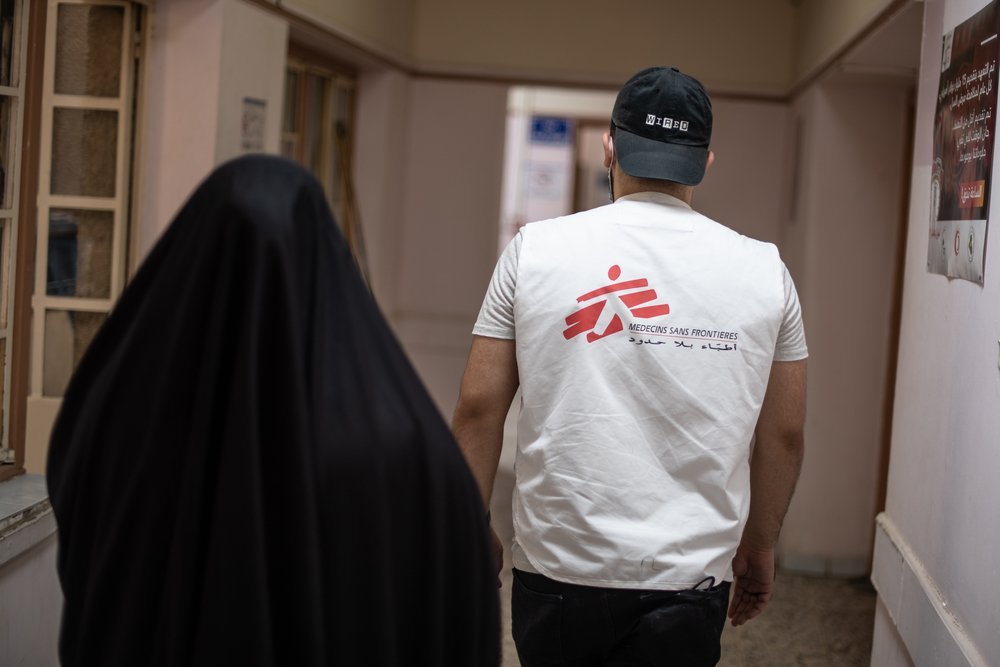 “Until now, patients from all over Iraq have had to come here to get their medications and follow-up care. We want this to change. Overcoming TB is hard and painful enough in itself."

"Suffering from The multidrug-resistant form of the disease is even more complicated to treat. So, we want to make the treatment process easier for patients in whatever way we can, and we have already, along with the National Tuberculosis Institute, taken big steps in this direction.”

Since June 2021, MSF team has joined hands with NTP and International Organization for Migration (IOM) to provide trainings to healthcare providers in several governorates of Iraq on MDR-TB early detection, treatment and follow up care.

“This decentralisation will help patients save time and money, by enabling them to access quality care closer to their homes,”concludes Pangtey.

“We hope that all these steps will help to alleviate their suffering and contribute positively to both their treatment and their daily lives.”