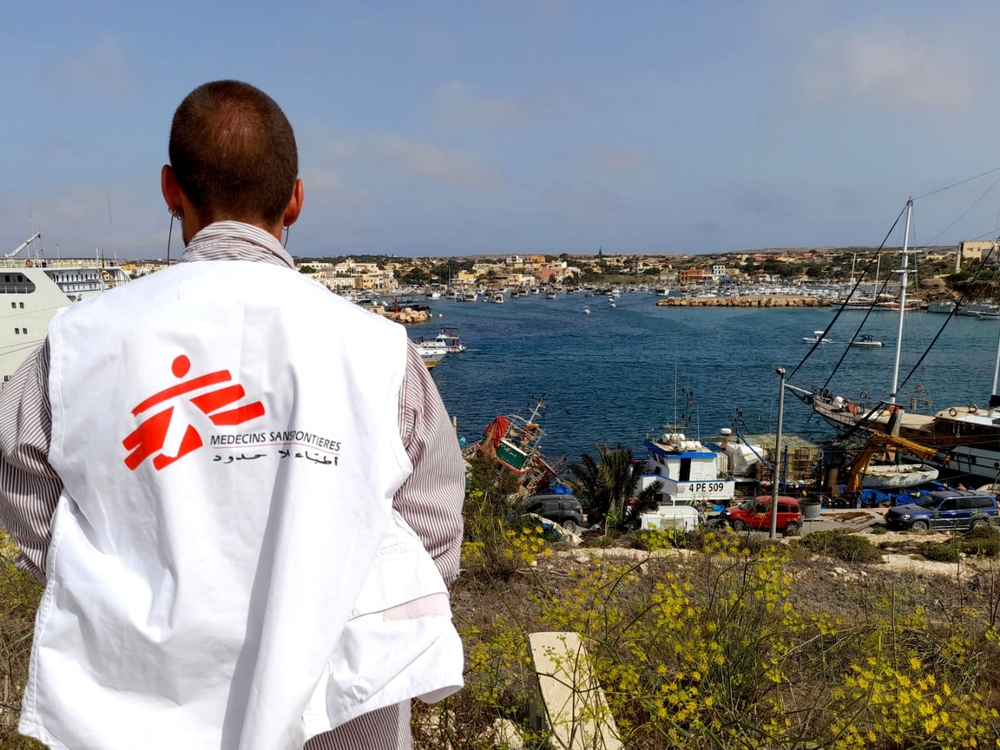 Lampedusa/Sicily, 1 July 2021 – In the wake of a shipwreck off the Italian island of Lampedusa on 30th June, in which at least seven women drowned and 10 people were left missing, including children, a team from international medical organisation Médecins Sans Frontières/Doctors Without Borders (MSF) is providing psychological first aid to the survivors, many of whom are in a state of severe shock.

With increasing numbers of migrants and refugees arriving by boat on Lampedusa, MSF plans to work on the island throughout the summer alongside local authorities.

MSF teams will provide medical and psychological support at landing points and at the reception centre, with a particular focus on identifying vulnerable people with specific needs to ensure they receive adequate care.

"In these first days of our response on Lampedusa, we have seen pregnant women, children travelling alone, victims of physical and psychological violence, vulnerable people who need immediate care, and survivors of shipwrecks who saw their loved ones disappear at sea,” says MSF medical coordinator Dr Stella Egidi.

"There was a girl who survived the shipwreck, she didn’t speak and kept her eyes closed as if she wanted to reject the world around her"

"An umpteenth emergency response in Lampedusa is not enough; we need a system that guarantees people safe and legal channels to reach Europe and a European rescue system to avoid unacceptable suffering and deaths.”

The first – made up of a doctor, a nurse and two cultural mediators, working alongside doctors from local health authorities – is involved in triage activities and providing initial assistance, from testing people for COVID-19 screening to identifying people in need of emergency care. 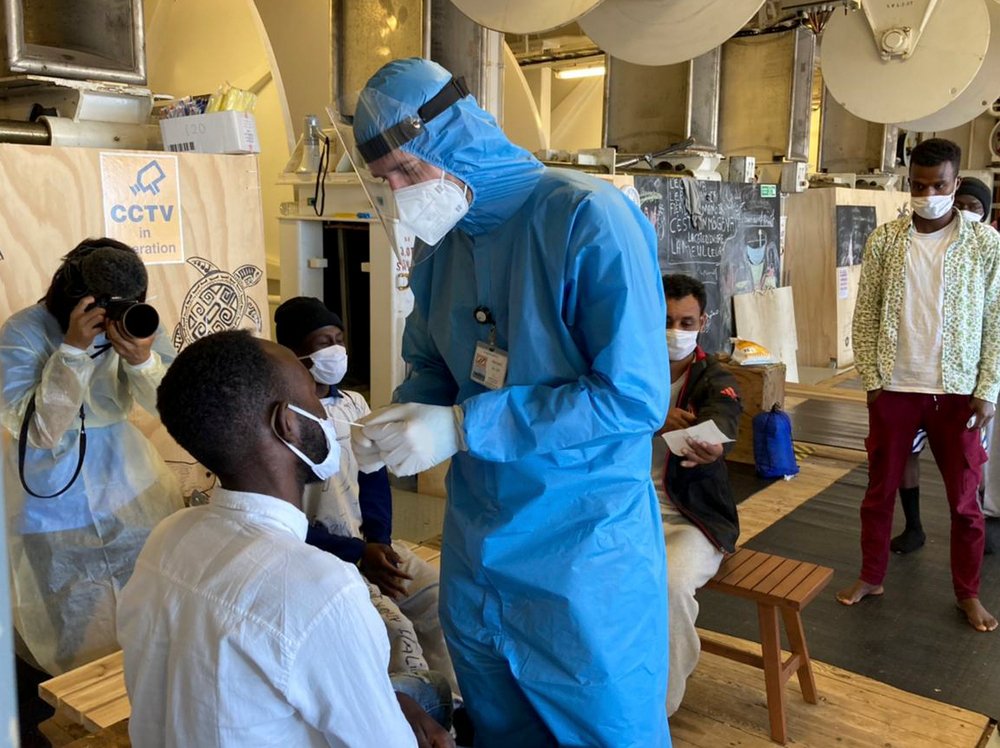 The second team – consisting of a doctor, a nurse, a psychologist and two cultural mediators – will be based at the reception centre during periods of high arrivals on the island or when there are specific needs.

This team will provide medical and mental healthcare and ensure that patients can access further medical assistance and continuity of care.

The third team – made up of psychologists and cultural mediators – will be on standby to offer psychological first aid to survivors of shipwrecks.

Testimonies of survivors of the most recent shipwreck, as reported by MSF staff at the disembarkation point:

"One day, it will be my turn to take care of you," said a five-year-old boy from Côte d’Ivoire to an MSF staff member.

"I saw my two sisters disappear into the sea," said a 40-year-old woman from Côte d’Ivoire.

"I just wanted to be myself, that's why I left, but for us there is no alternative to the sea, even if you know you’re risking your life," said a 26-year-old man from Cameroon.

"An umpteenth emergency response in Lampedusa is not enough; we need a system that guarantees people safe and legal channels to reach Europe and a European rescue system to avoid unacceptable suffering and deaths"

"There was a girl who survived the shipwreck, she didn’t speak and kept her eyes closed as if she wanted to reject the world around her,” reported an MSF staff member.

“It wasn’t until I told her that we were there for her, that she wasn't alone and that she was in Italy, that she opened her eyes, they lit up for a moment and she burst into tears. She probably understood that she had finally arrived in a safe place.”

MSF has been working in Italy since 1999, at landing points, in reception centres and in informal settlements to provide medical, psychological and humanitarian assistance to refugees and migrants in various regions of the country, alongside Italian authorities.

In Palermo, Sicily, an MSF team works in a specialist clinic for the rehabilitation of migrants and refugees who have survived intentional violence and torture, alongside a team from the Provincial Health Authority.

At sea, MSF is engaged in search and rescue activities with the ship Geo Barents, currently in port in Augusta, Sicily.