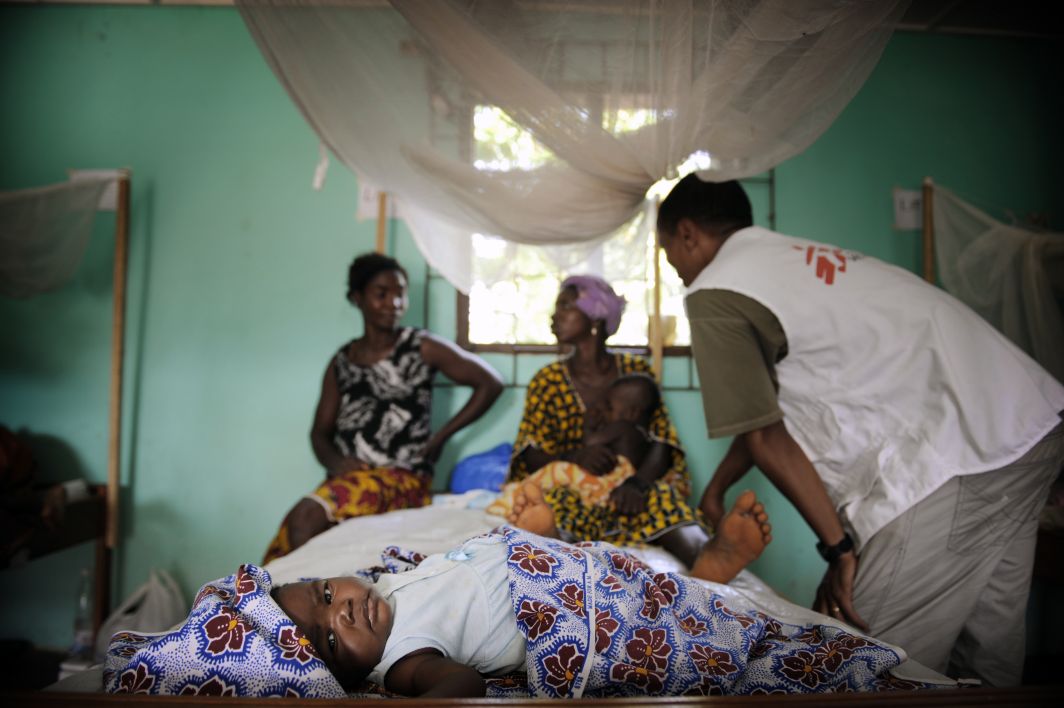 Up to sixteen civilians have been killed during an attack on Zriglo, a village in southwest Ivory Coast just south of the town of Taï, late last week.  Up to 50 houses have been burned and most of the population fled into the forests.

The attack on Zriglo is part of the ongoing violence in Southwest Ivory Coast. Whereas the situation in major cities has grown calmer following the conflict between supporters of former president Gbagbo and the new president Ouattara, in several rural areas of Ivory Coast the violence continues with civilians as the main target.

"Within a few hours after the attack was reported one of our teams managed to reach Zriglo’, says Tara Newell, Head of Mission of MSF. ‘But they only could count the dead and the burned houses as the population including the wounded had fled.’

Some of the wounded managed to reach the MSF clinic in the nearby town of Taï over the weekend.

Throughout the past months MSF teams in Southwest Ivory Coast have witnessed ongoing armed violence.  MSF clinics in the region continuously treat civilians with gunshot or machete wounds and victims of sexual violence and have examined violent massacred bodies including those of children.

‘Many incidents remain unnoticed or are only reported days later when we treat some of the injured that managed to reach our clinics.’ says Tara Newell, ‘the limited number of humanitarian actors present in this particular region contributes to this."

Access to health clinics remains challenging as people are continuously harassed by official and unofficial barricades and armed checkpoints throughout the region. Reports of physical violence, extortion as well as illegal taxation and detention are rife and hamper the mobility of the population. Ongoing harassment and fear perpetuate and sometimes even worsen existing displacement.

Tens of thousands of refugees remain in Liberia and hundreds of thousands are reportedly still displaced within Ivory Coast itself fearing a return to their place of origin because of the ongoing insecurity and violence.

‘In the absence of proper law and order it is the local population that is paying the price’, according to Tara Newell.

MSF calls for the government of Ivory Coast to provide security for the population. All parties to the conflict, militia and government forces, should refrain from violence and harassment against civilians and ensure safe and unhindered access to basic services, such as healthcare.

Find out more about MSF's work in Ivory Coast