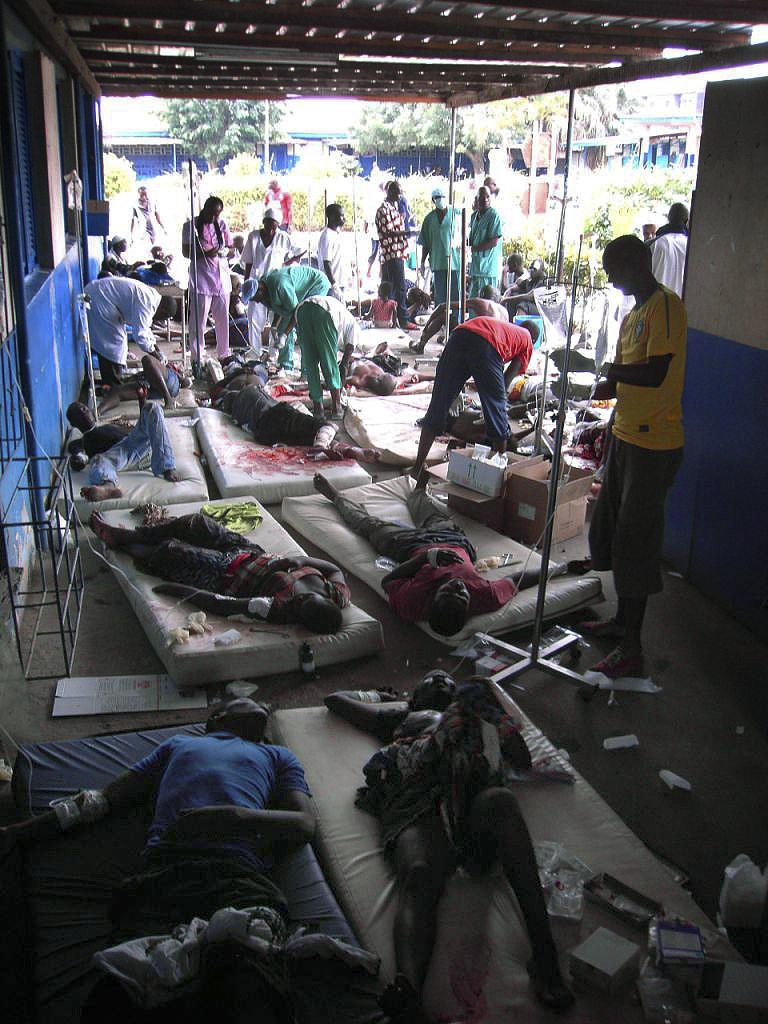 Ivory Coast: Civilians must not be targeted as front line advances

Looting and fighting in the streets

An advancing front line has forced thousands of residents to flee in the western region of Ivory Coast over recent days. And in the city of Abidjan, it is now extremely difficult, if not impossible, to move around within certain neighbourhoods, especially with armed men looting and firing in the streets.  It has become impossible to obtain access to medical care under these conditions.

"Access to care is critical," said Dr. Mego Terzian, MSF emergency coordinator. "Civilians must not be targeted and patients must be able to obtain medical care."

MSF has been working with health authorities in Abidjan since early March, treating 450 people, among them 314 victims of violence. The teams are working at the Abobo Sud Hospital, the only health facility still functioning in the city's northern neighbourhoods. On March 31, 15 patients with gunshot wounds were taken to the hospital, although ambulances stopped transporting people some time ago.

While masses of people fled Abidjan last weekend, many remain in the city, taking refuge with host families or hiding in their homes. People come to the few medical facilities still operating only as a last resort. Most health care workers have left; many of those who remain do not come to work because of the insecurity. In addition, medicines and medical supplies are lacking.

Over the last three days MSF teams have treated more than 230 wounded patients in the towns of Bangolo and Duékoué, in western Ivory Coast.

"The population is yet again suffering the consequences of fighting," said Renzo Fricke, MSF emergency coordinator. "Our teams transfer patients who need emergency surgery—for example, three women with gunshot wounds recently—but there are many other patients facing problems, ranging from severe malaria to complicated labour and deliveries. They require urgent treatment too, but the difficulty of moving from one place to another is threatening patients' lives.”

In Duékoué, a town in the west severely affected by fighting, an MSF team is treating patients and stabilizing people requiring surgery for transfer to Bangolo, 30 kilometers away, where another MSF team is working in the town’s only functioning hospital.

The Catholic mission in Duékoué is housing a camp for displaced persons, where the numbers have doubled in just a few days. Confrontations in the region have also led thousands of people to converge on the western town of Guiglo, where health needs have increased. An MSF team there treats patients to the extent it can, but insecurity makes it very difficult to evacuate wounded people to Duékoué and Bangolo.

When wounded patients streamed into hospitals in Yamoussoukro and Bouaké, in the centre of Ivory Coast, an MSF team contributed medical supplies. "This illustrates a problem resulting from a general paralysis of economic life," said Fricke. "Health care facilities lack medicines and supplies."