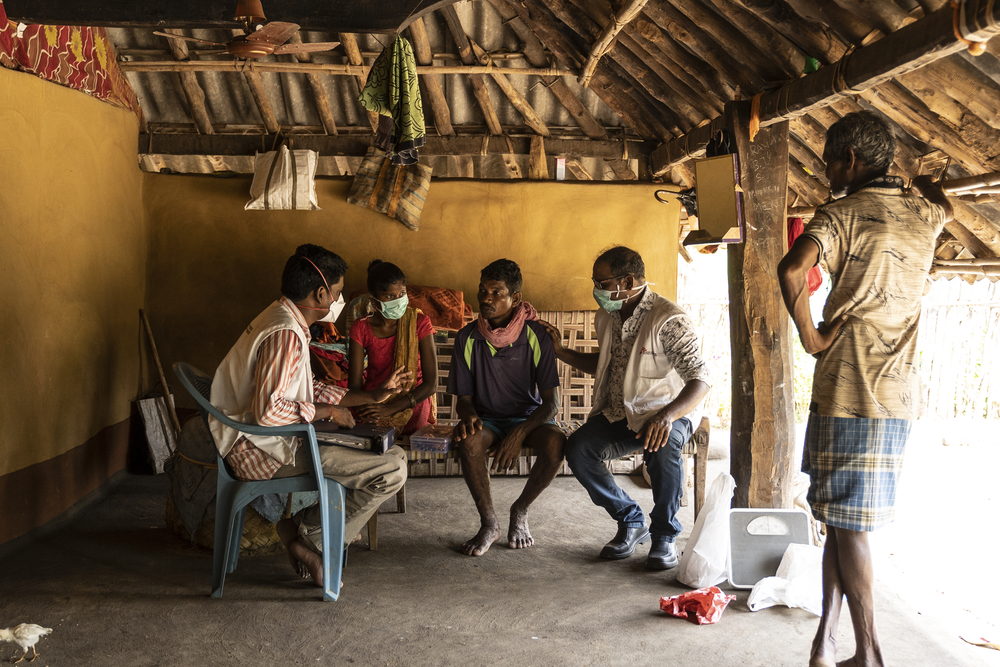 Médecins Sans Frontières (MSF) protested in front of the New York Stock Exchange in New York today, demanding the pharmaceutical corporation Johnson & Johnson (J&J) make the tuberculosis (TB) drug bedaquiline available for all people with drug-resistant TB (DR-TB) for no more than a dollar a day. The price of this crucial drug must be lowered to reflect the joint contributions made in the research and development of this drug by taxpayers, and the global scientific and TB community, including by MSF itself.

J&J released its 2019 fourth quarter earnings today citing sales of US$20.7 billion worldwide. The corporation’s overall sales for the year 2019 were $82.1 billion.

“After a wait of nearly half a century, we finally have a drug that offers people with drug-resistant tuberculosis a better chance of being cured,” said Sharonann Lynch, Senior HIV & TB Policy Advisor for MSF’s Access Campaign. “Yet this drug remains out of reach for more than 80% of people who need it to stay alive. Given J&J's sales and continued growth, it is perverse that the company is nickel-and-diming the public with the price of bedaquiline—particularly when there was such substantial public investment in the drug's development. People who need this drug cannot afford to wait any longer.”

In 2018, the World Health Organization recommended bedaquiline be used as a core part of an all-oral regimen to treat DR-TB, thereby replacing older, more toxic drugs that needed to be injected and caused serious side effects, curing little more than half of people treated. In October 2019, MSF reported positive treatment outcomes for 77.6% of people treated with newer oral drugs for DR-TB, including 72% with bedaquiline-containing regimens. The study, held in real-world conditions by MSF and its partners across 17 countries, is the largest yet to report on bedaquiline treatment outcomes. 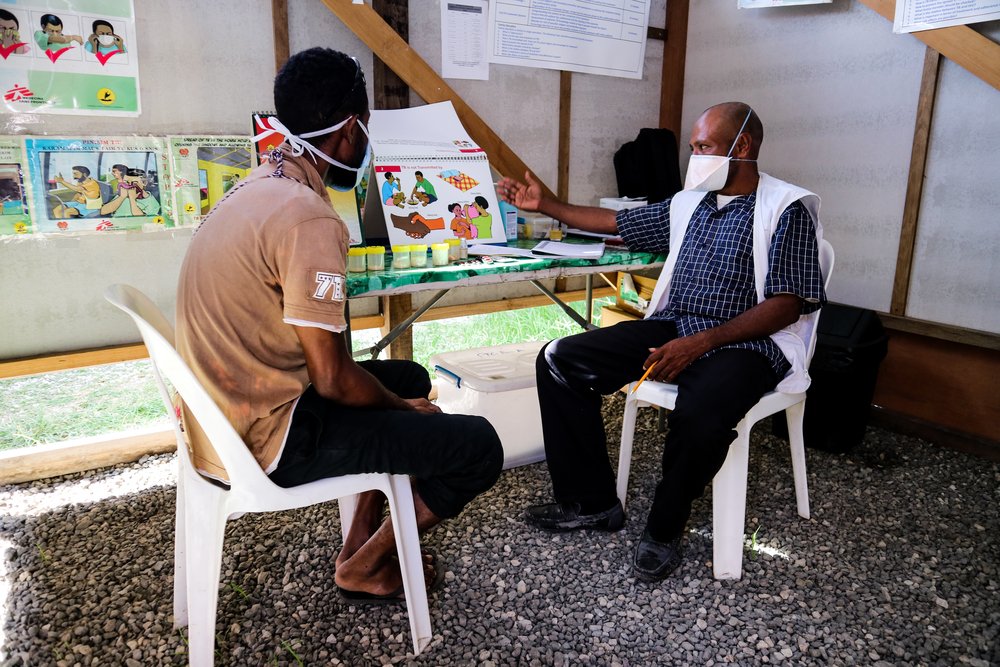 Simon Ming/MSF
Namsy Joe has just learnt that he's diagnosed with tuberculosis (TB). He attends the first of a series of patient educaction and counseling (PEC) sessions. Lungile Dlamini and teaches him about about TB and it's treatment. Papua new guinea, June 2019.

Despite this, far too few people are able to access the drug. Since bedaquiline was approved for use in 2012, just over 37,000 people have ever received bedaquiline. This is a paltry figure considering that an estimated 80% of the 484,000 people who develop DR-TB annually (Global TB report 2019) should be treated with this drug. Rapid rollout of better-tolerated treatment containing bedaquiline will happen only if J&J makes it widely available in an affordable way, including by allowing other TB drug manufacturers to make generic versions.

Bedaquiline was developed with considerable taxpayer, non-profit and philanthropic support. Much of the critical work to inform the use of the drug and demonstrate its therapeutic value was conducted by the TB research community, health ministries, and treatment providers including MSF, and was financed by taxpayers and other donors. J&J should therefore not be the sole decisionmaker regarding who has access to the drug.

J&J currently charges double the price that MSF is asking: J&J has priced bedaquiline at $400 for a six-month treatment course for countries eligible to buy the drug through the Global Drug Facility, an organisation run by the Stop TB Partnership that supplies TB drugs to low- and middle-income countries. J&J charges far more in other countries. Additionally, some people require up to 20 months of the drug, raising the price of bedaquiline alone to $1,200. However, researchers from the University of Liverpool have calculated that the drug could be produced and sold at a profit for much less – as little as 25 cents per day if at least 108,000 treatment courses were sold per year.

MSF is the largest non-governmental provider of TB treatment worldwide and has been involved in TB care for 30 years, often working alongside national health authorities to treat people in a wide variety of settings, including chronic conflict zones, urban slums, prisons, refugee camps, and rural areas. As of September 2019, across MSF projects in 14 countries, more than 2,000 people have been treated with the newer drugs, including 874 with delamanid, 1,946 with bedaquiline, and a subset of 429 people who were treated with a combination of both medicines.