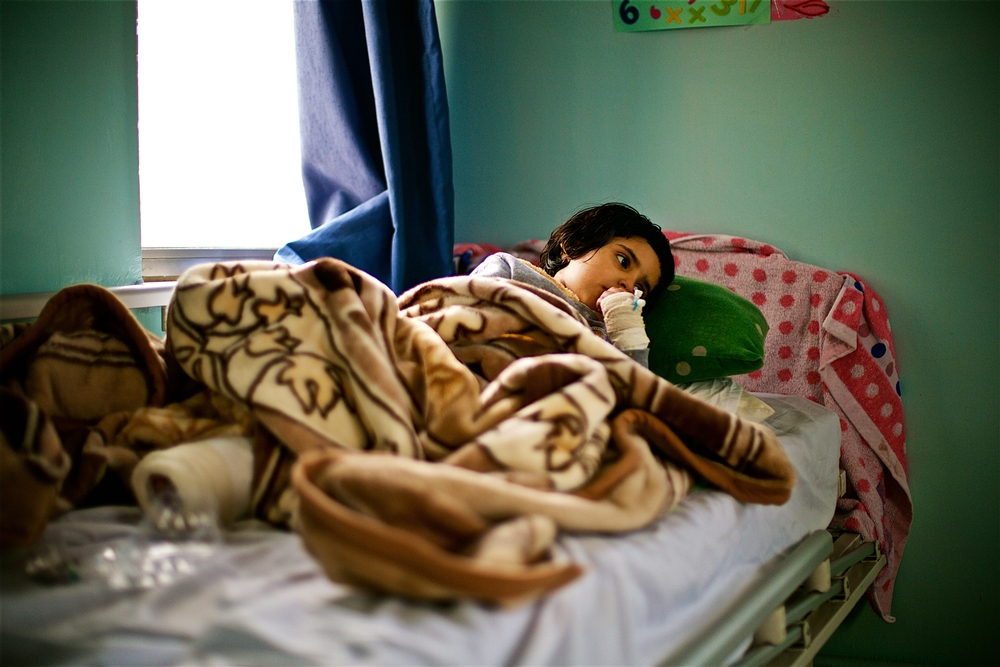 Médecins Sans Frontières (MSF) has called for the medical evacuation of war-wounded Syrians through the sealed northern border of Jordan.

This call coincides with the opening of a new surgical department within MSF’s emergency trauma surgery project in Ramtha government hospital, five kilometers from the border with Syria, to treat the large numbers of wounded.

However, since the closure of Jordan’s northern border with Syria on 21 June 2016 following a suicide attack which killed seven Jordanian soldiers at the northeastern borders, MSF has not seen any war-wounded Syrians in the emergency room of Ramtha hospital.

“The closure of the borders means that the most vulnerable victims of the conflict, those badly injured by the war, no longer have the chance to survive,” says Luis Eguiluz, MSF’s head of mission in Jordan.

“Until they have renewed access to Jordan, they will be unable to receive the lifesaving medical care they desperately need", he continued. 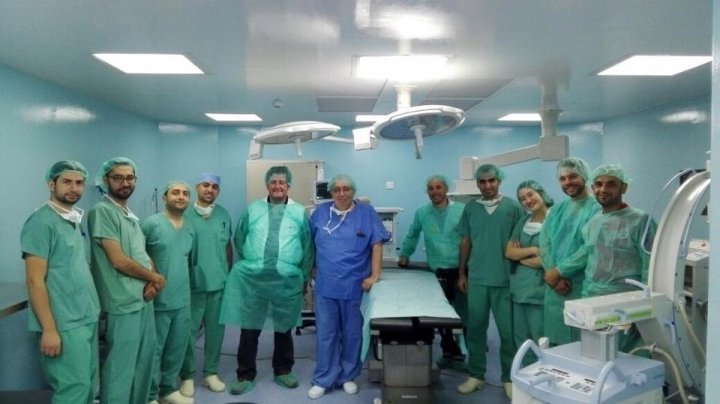 As a result of the increasing numbers of Syrians arriving in Ramtha with extreme trauma injuries from the intensifying fighting in southern Syria, MSF decided to open the new department to upgrade the level and quality of lifesaving surgical and rehabilitative post-operative care provided in the facility.

Since the opening of the Ramtha project in September 2013 and  in close collaboration with the Jordanian Health Ministry, MSF has treated 1,062 Syrian patients and conducted more than 800 surgeries .

Twenty three per cent of  all patients treated were women and 36 per cent were children.

The closure of Jordan’s northern border and the denial of access to Syrians wounded in the conflict raises serious protection concerns, particularly as the Syrian health system has been decimated over the past five years of indiscriminate war.

We call on the authorities to continue their solidarity with the war-wounded – solidarity that has saved the lives of many Syrian children, women and men,” says Eguiluz.

MSF is ready to receive Syrian war-wounded with extreme injuries in its new surgical department in Ramtha.

Åsa Nyquist Brandt/MSF
Moaed lost his leg in an attack in December last year. He is very pleased with the care he has received at MSF’s facility

The opening of the new department will also allow the hospital to better meet the medical needs of the community in Ramtha.

“The old operating theatres used by MSF’s medical teams will be handed over to Ramtha hospital for use as part of the obstetrics department. This handover will grant Jordanian women more privacy and ensure their enhanced protection, independence and access to these facilities," says Michael Talotti, MSF project coordinator in Ramtha.

Since the Syrian conflict began, more than four million Syrians have sought refuge in neighbouring countries, including Jordan.

MSF has been working in Jordan since August 2006 when it set up a reconstructive surgery programme in the capital, Amman.

Since 2013, MSF has been running its emergency trauma surgical project in Ramtha hospital, as well as a mother and child hospital and two non-communicable disease projects in Irbid and Ramtha to support Syrians refugees and vulnerable Jordanians in host communities.