Kenya: Return is not a solution, say refugees in Dadaab after camp closure announcement

Closing the Dadaab refugee camps and pushing people to return to their home countries will lead to a far worse humanitarian crisis, some refugees currently living in the camps say, especially those who previously returned to Somalia but have come back to the camps because of pervasive violence and limited availability of basic services in that country.

“I would go anywhere else they take me, but Somalia”

Over 200,000 refugees currently live in the Dadaab refugee complex, having arrived in Kenya in several waves over the past 30 years. 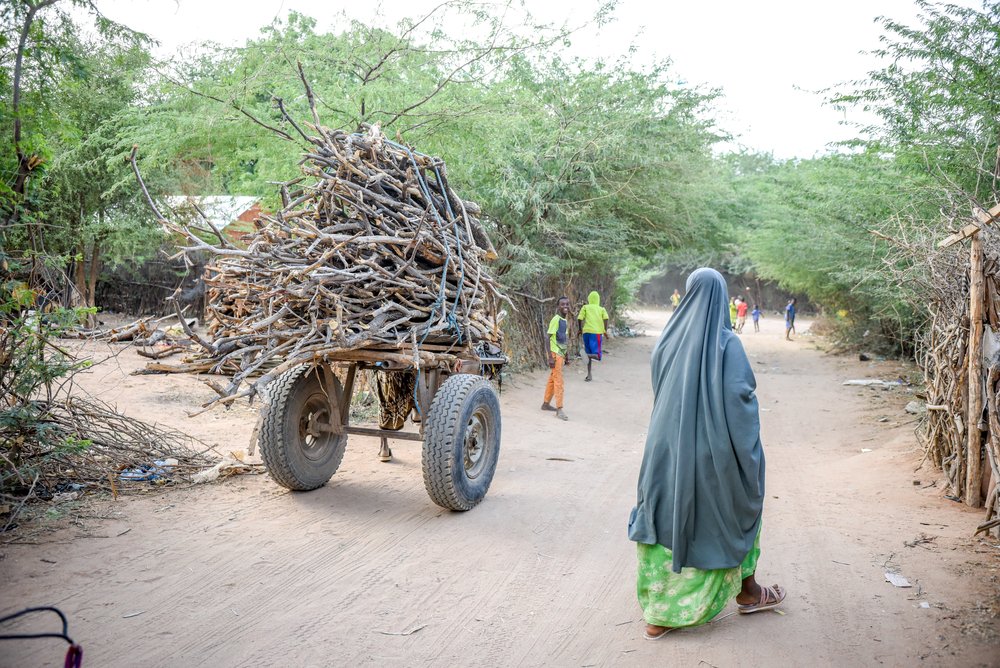 Paul Odongo/MSF
A donkey cart carrying firewood is seen in the streets of Dagahaley Camp in Dadaab.

With Kenya and UNHCR recently announcing the closure of camps in June 2022, many feel fear and uncertainty about what will come next.

But they are sure about one thing: they don’t want to return to Somalia, the home country for the majority of refugees in Dadaab. 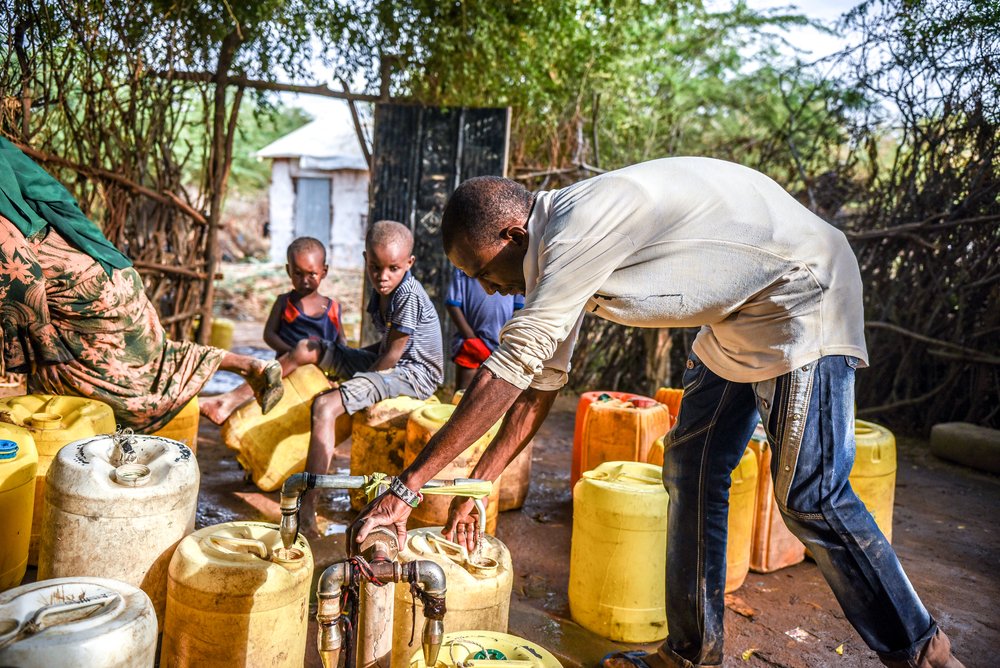 Paul Odongo/MSF
Refugees collecting water at a water point in the camp.

Now living in Dagahaley—one of the three camps in Dadaab—she felt compelled to go back to Somalia some years back after news reached her that her husband, who had returned to prepare the way for their return to Somalia, had been kidnapped. 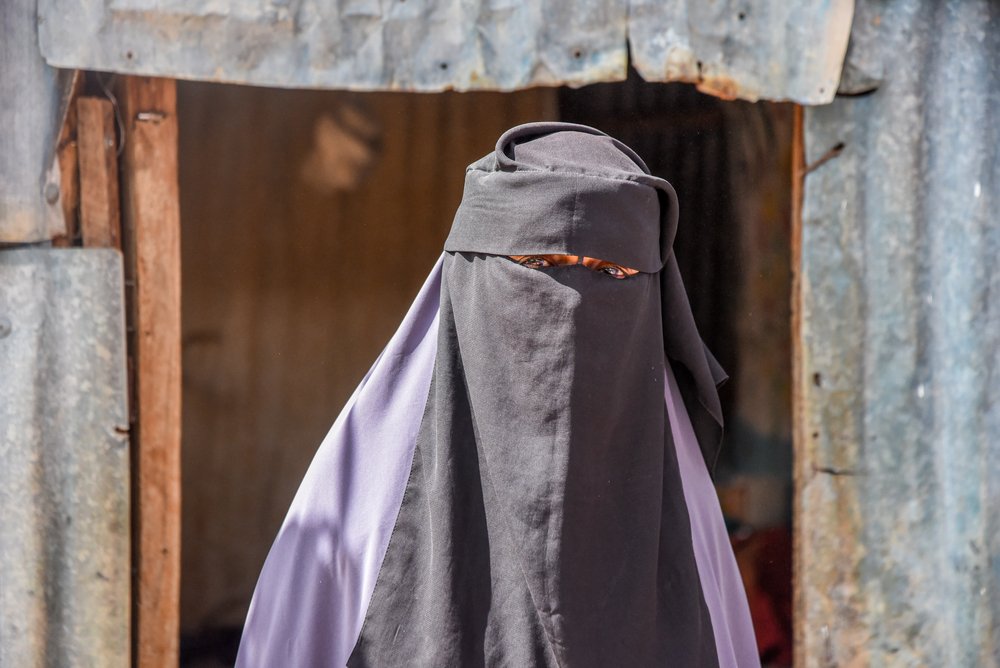 Paul Odongo/MSF
Halima* was abducted in Somalia when she went to check on her husband who had been kidnapped. She was raped and tortured along with her then 12-year-old daughter.

But she had barely arrived in Somalia when she too was abducted along with her five children.

“I was tortured and raped, together with my 12-year-old girl,” she says.

“We were released after a month when our health deteriorated, and we managed to escape to Dadaab again.”

“I am worried about what will happen if the camp is forced to close... While our living condition here is difficult, it is certainly better than in Somalia"

When she got to know about the plan to close Dadaab over the radio, Halima says, she could picture her children in their graves, and says, “it broke my heart.” 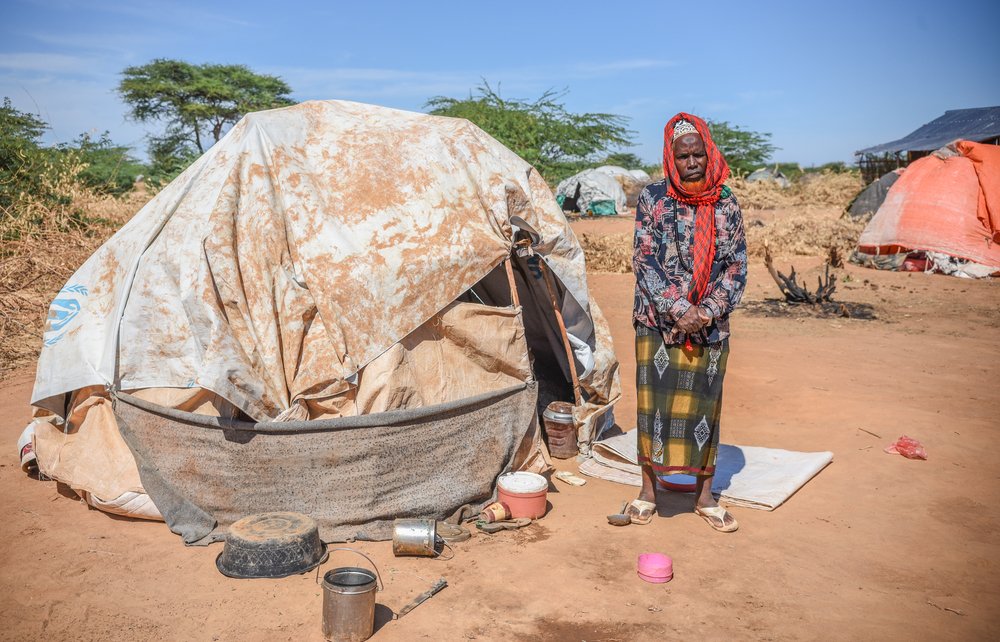 For 64-year-old Ahmed, who had also returned to Somalia through UNHCR’s voluntary repatriation programme in 2018, life in Somalia was far from what he had expected.

“I had hoped for an improved country with better security and services,” he says, now living on the outskirts of the Dagahaley camp, after he came back only two months later. 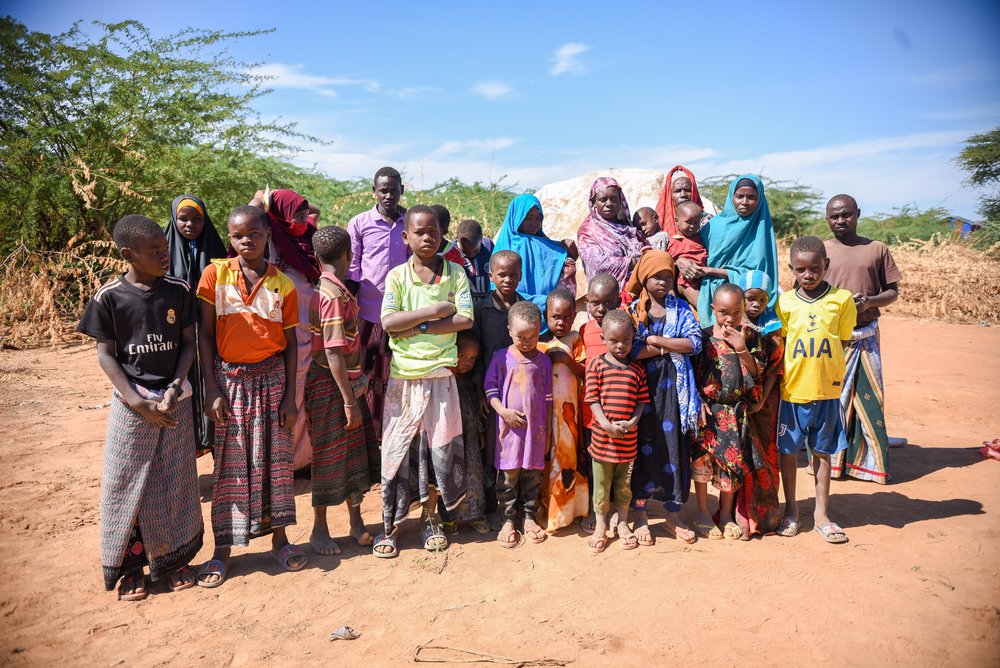 “I am worried about what will happen if the camp is forced to close,” says Ahmed.

“While our living condition here is difficult, it is certainly better than in Somalia.”

Others who were born in the camp or have lived in it nearly their whole lives ask what they are really going back to. 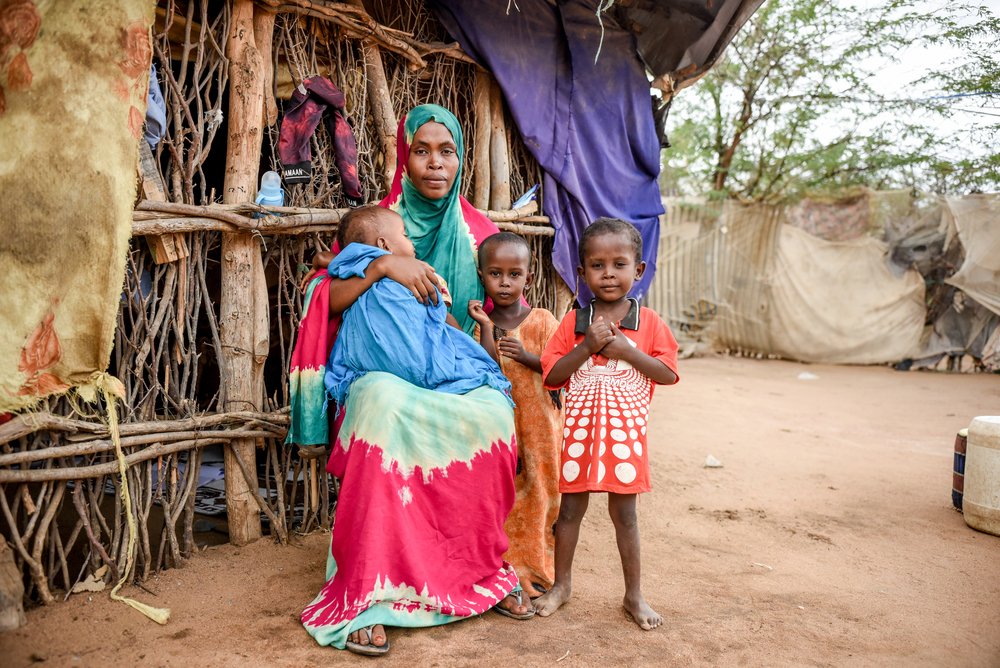 Paul Odongo/MSF
20-year-old Idilo lwas diagnosed with Type 1 diabetes when she was 9. She needs to inject insulin twice daily.

“I don’t know a thing about Somalia,” says 20-year-old Idilo Boro Amiin, who was born in the camp.

“All my life, I have only known Dagahaley.”

Idilo has three children who were also born in the camp. 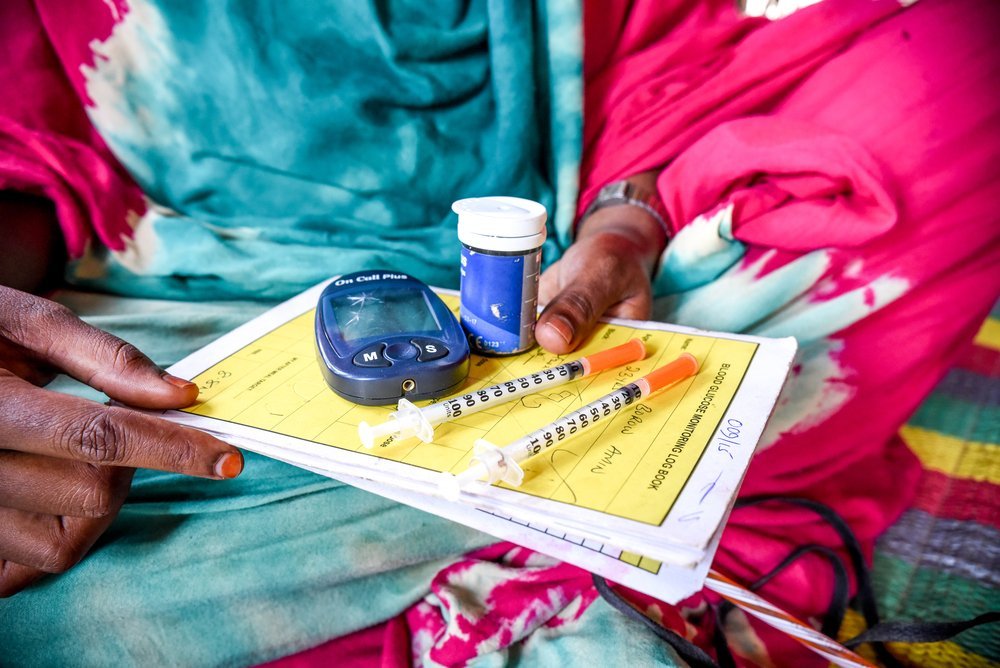 Paul Odongo/MSF
20-year-old Idilo lwas diagnosed with Type 1 diabetes when she was 9. She needs to inject insulin twice daily.

Beyond safety, many refugees are anxious about how they will continue to access basic services including healthcare when the camps shut down. 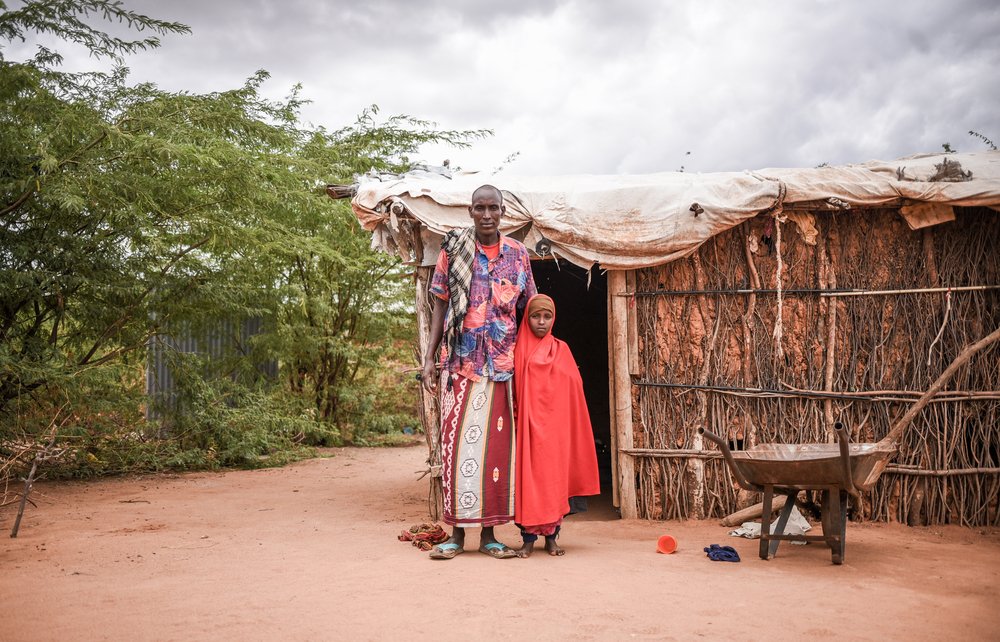 “My biggest worry is how to get insulin for my daughter,” says Isnina Abdullahi.

Her daughter Idilo needs to inject insulin every morning and evening since she was first diagnosed with Type 1 diabetes in 2009. 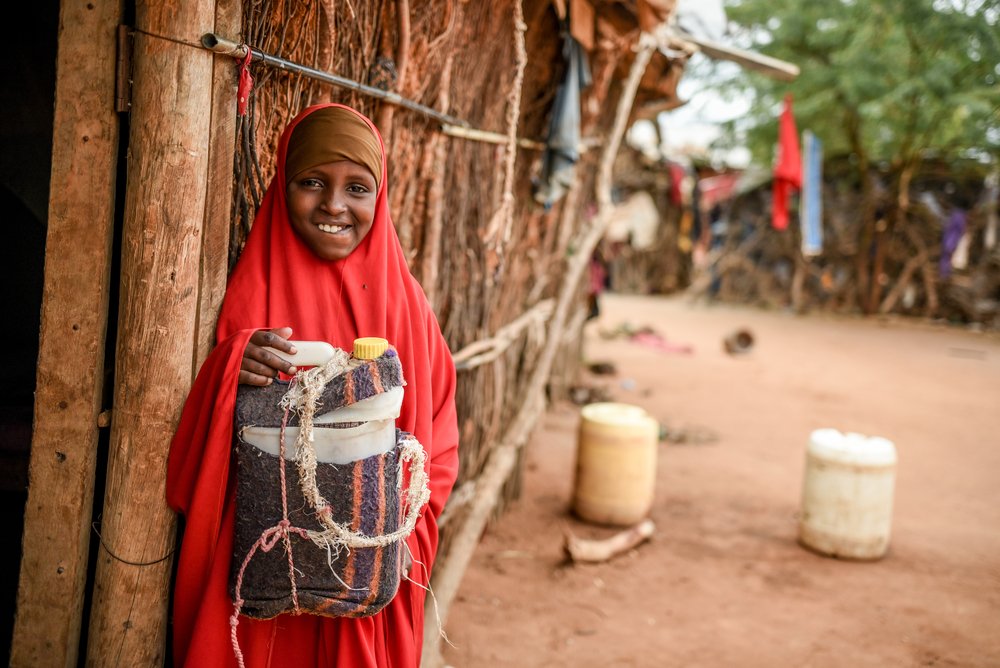 Today, Idilo is part of a programme run by Médecins Sans Frontières/Doctors Without Borders (MSF) where she has learned how to take her own blood sugar readings and inject insulin.

She gets her insulin every month from the hospital, which she can store in a portable cooling box. 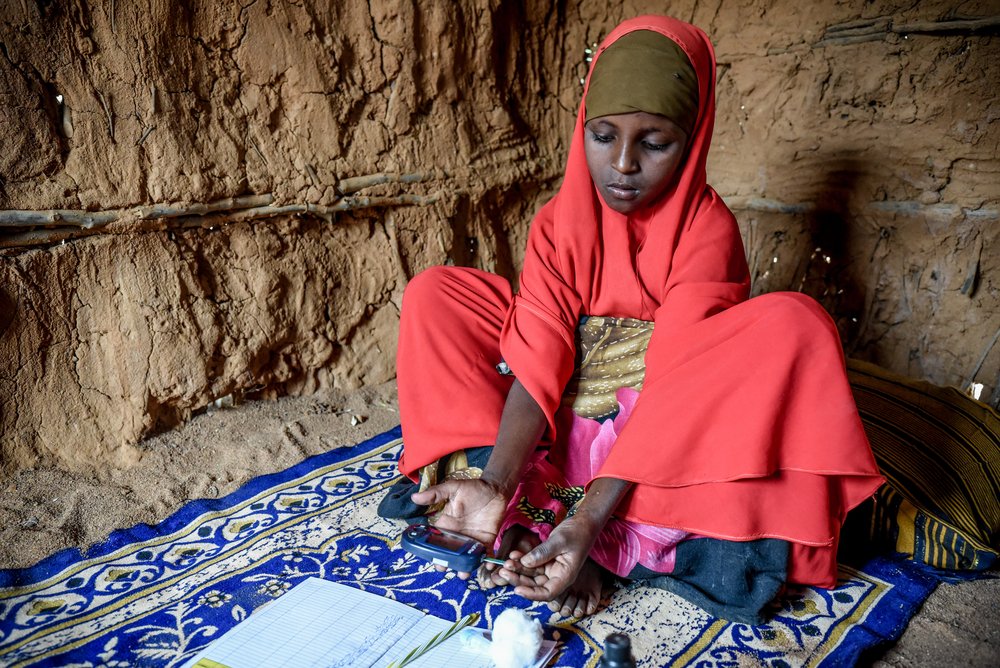 Some 50 people require continued care for diabetes in Dagahaley alone, a camp of over 70,000 people, while a further 300 need regular medication for chronic diseases such as HIV/AIDS, tuberculosis and a variety of cancers as well as neurological disorders.

"If the camps close and there are no alternative solutions to ensure people can continue accessing healthcare, this could be disastrous"

MSF staff conduct at least 700 lifesaving surgeries on average per year in Dagahaley, including caesarean sections. 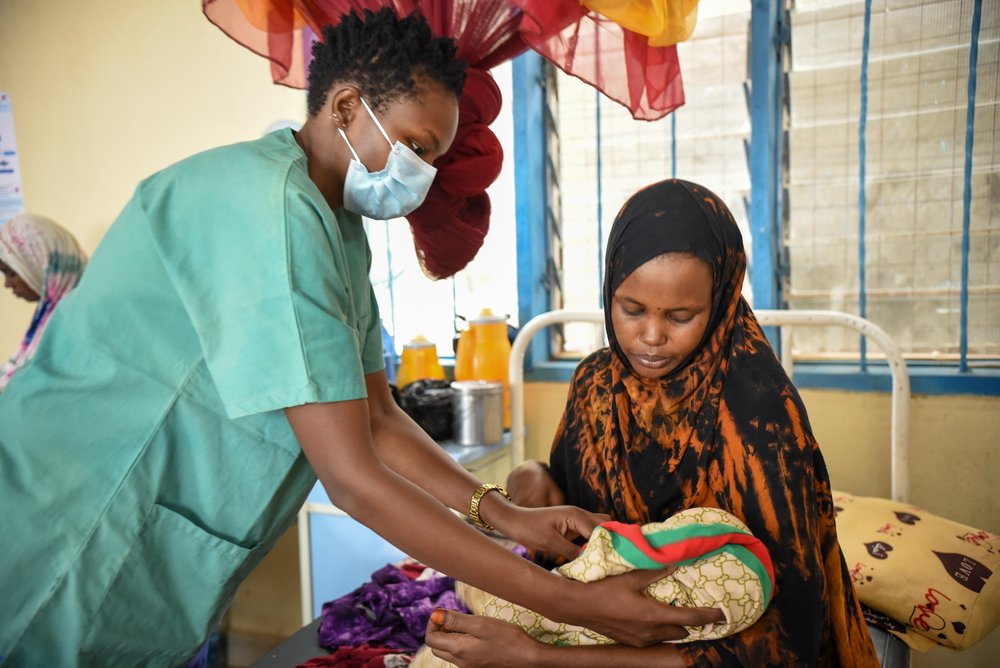 “If the camps close and there are no alternative solutions to ensure people can continue accessing healthcare, this could be disastrous,” says Jeroen Matthys, MSF’s project coordinator in Dagahaley.

“For those who choose to go back to their home countries but require continued treatment, it is vital that solutions to ensure they can continue receiving medications are thought through far in advance.” 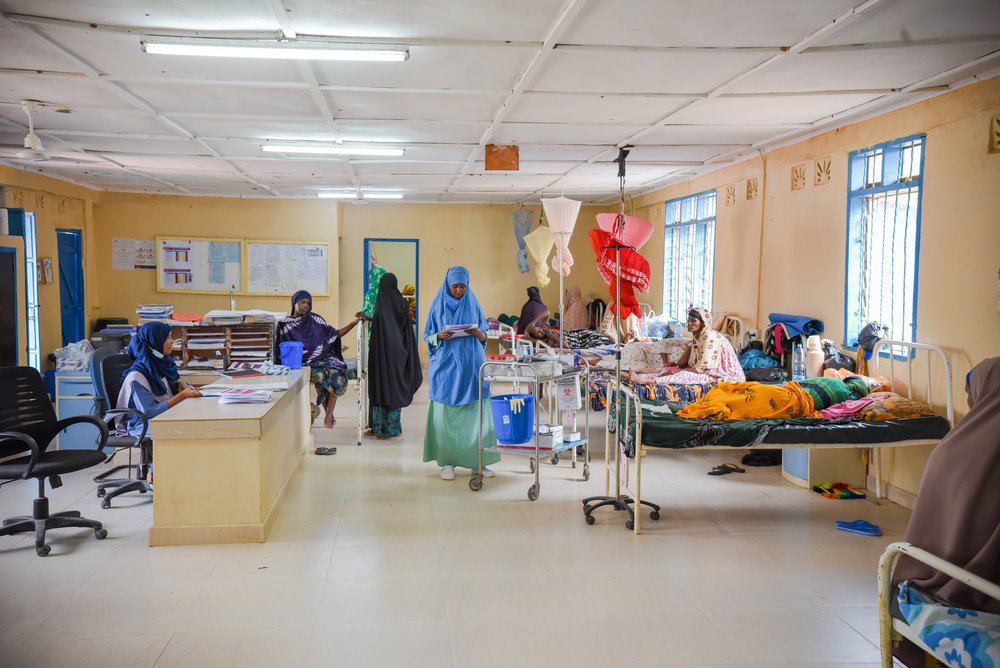 Besides putting their lives at risk and leaving them with little access to services, compelling refugees to return can leave deep psychological scars likely to have a long-lasting impact for many. 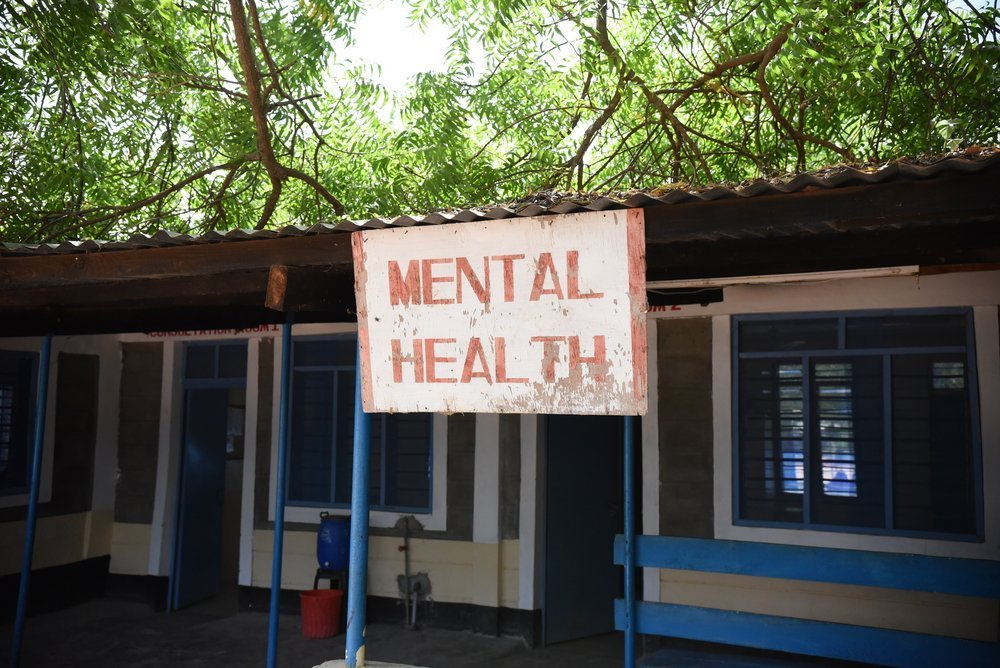 Since Halima came back, she is being treated for post-traumatic stress disorder at MSF’s mental health clinic in Dagahaley.

Halima’s eldest daughter also needs regular psychosocial counselling—despite being 16, she is still in the second grade like her eight-year-old sister. 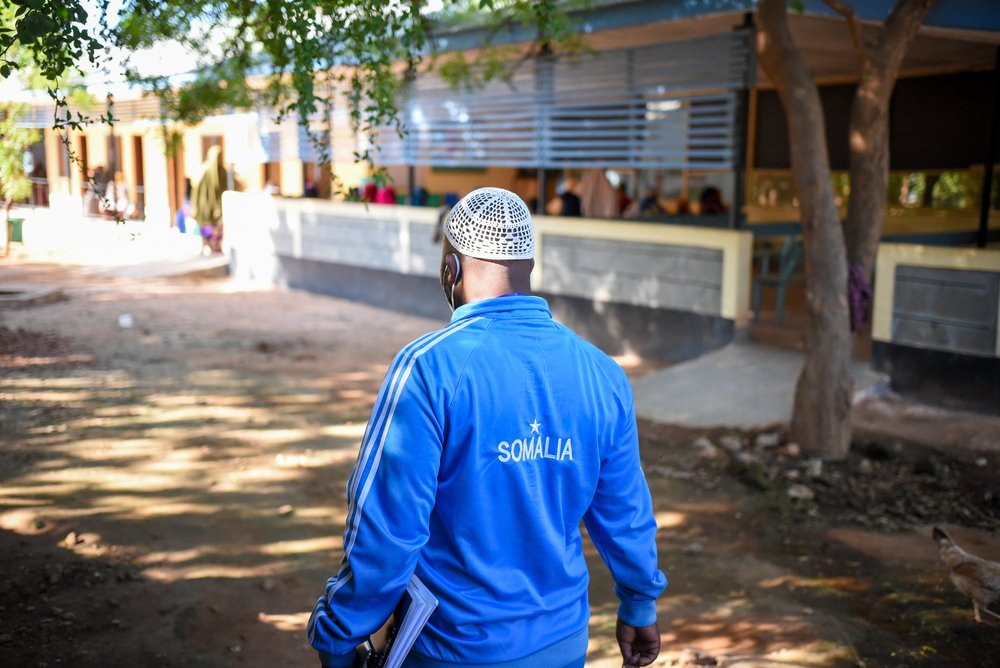 “It has been a struggle for my daughter,” says Halima.

“She has never recovered from the trauma she faced [in Somalia], and this has affected her daily life and even performance in school.” 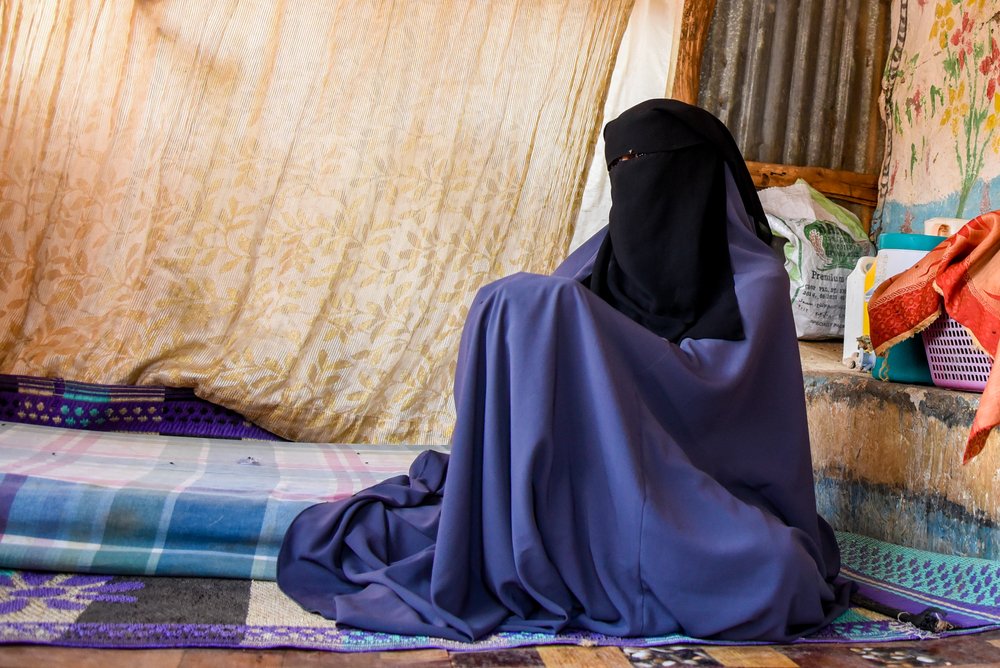 Paul Odongo/MSF
Halima* was raped and tortured along with her then 12-year-old daughter. They are both currently being managed for post-traumatic stress disorder (PTSD) at MSF's mental health clinic in Dagahaley.

Lack of clarity about closure plans

In April, UNHCR presented a roadmap to close the camps, but a final plan is only expected later this year. 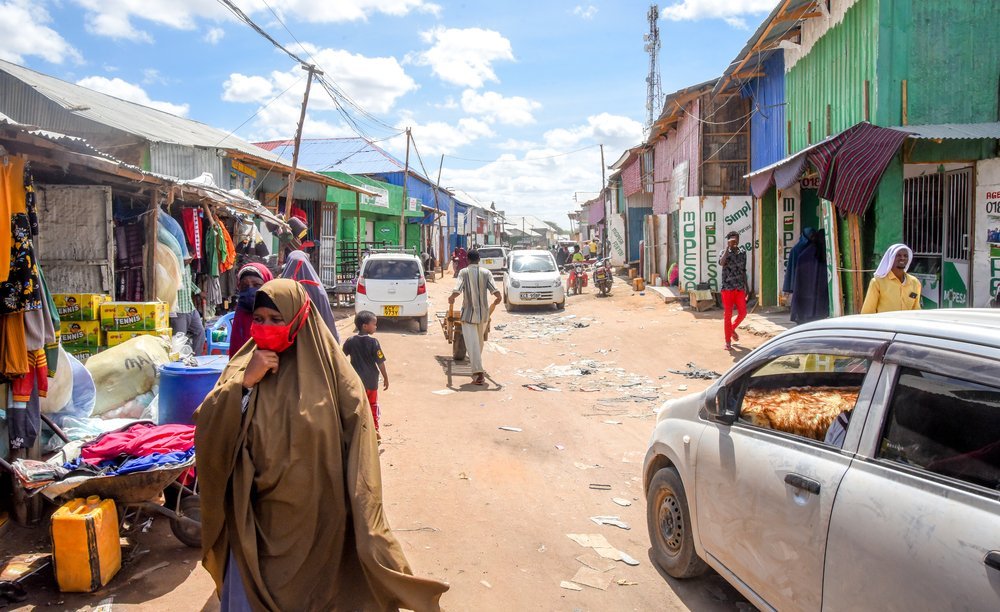 Paul Odongo/MSF
Refugees and the host community and others trade wares in this market.

This leaves refugees little time to prepare for what will come next.

Whatever happens, refugees say, for now, they only have two options: resettle in a third country or remain in Kenya.

"Instead of rushing ahead to close the camps, what is needed is meaningful consultations with refugees and host communities, so we can support them to access sustainable and dignified solutions" 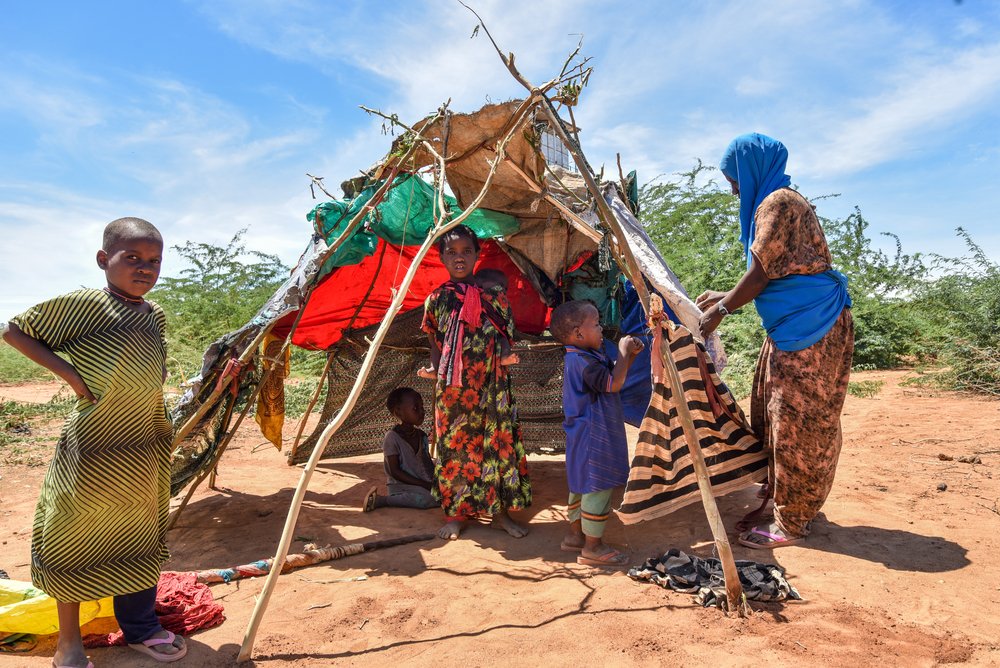 Hawa, 35, whose brother’s abduction and torture by armed groups back in Somalia left him so traumatised he refuses to sleep during the night, says, “I am happy to get resettled, but if all else fails, I would rather integrate locally than go back to Somalia.”

“What we are seeing is that return is not turning out to be a durable solution for many, not until peaceful conditions are firmly established in the countries of origin,” says Dana Krause, MSF’s country director in Kenya. 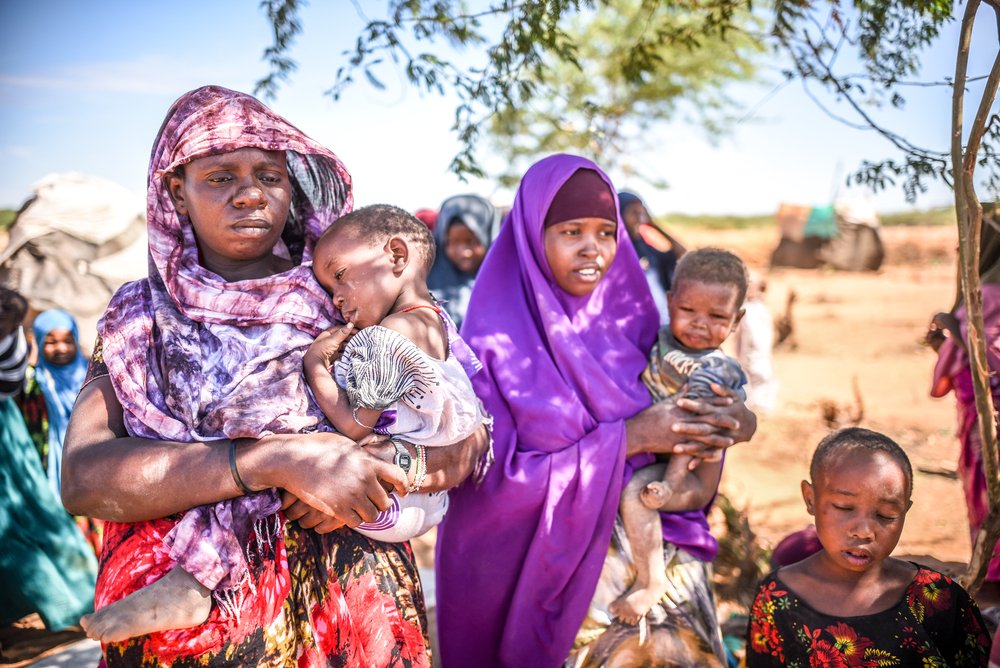 “Many returning refugees are telling us that insecurity is still widespread in Somalia."

"So, instead of rushing ahead to close the camps, what is needed is meaningful consultations with refugees and host communities, so we can support them to access sustainable and dignified solutions.” 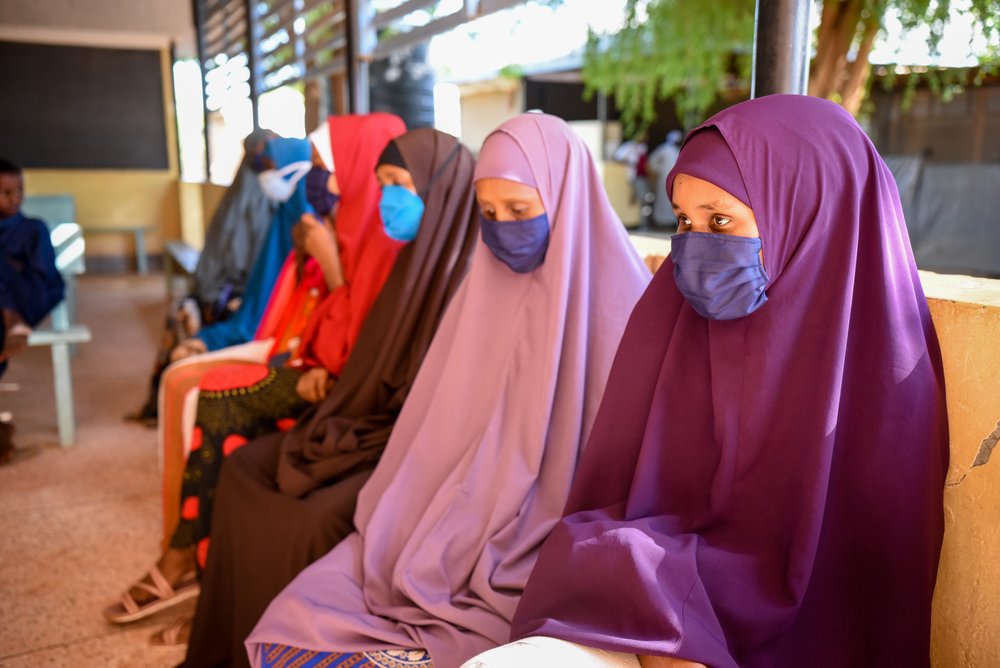 Mohamed Noor Mohamed, 58, a leader of the host community in Dadaab, says that refugees and local communities have built close ties over the years through inter-marriages, doing business together and sharing livestock.

He says host communities are not happy with the plan to close the camp. 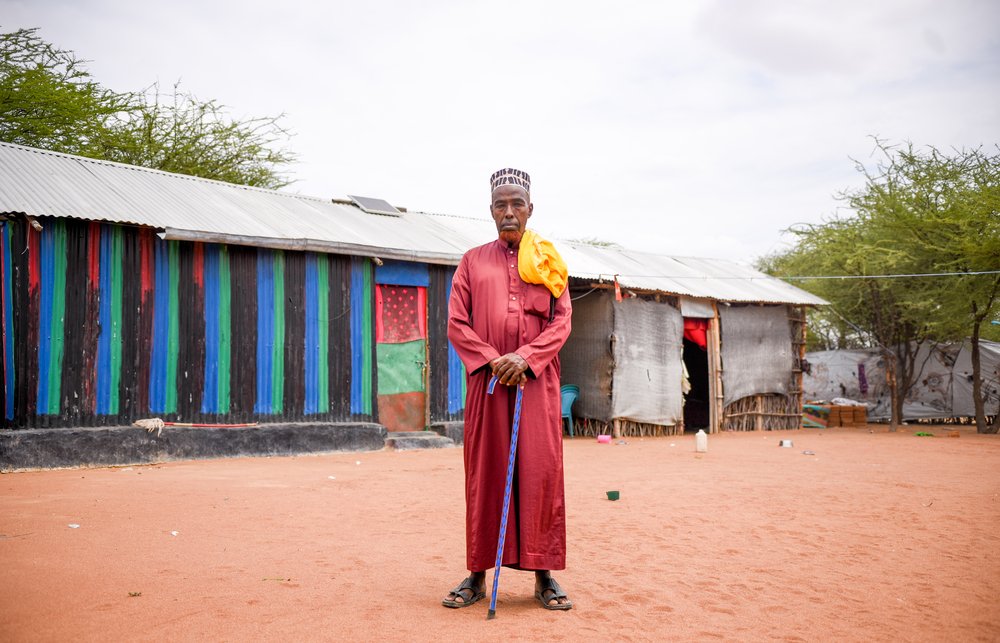 “If the refugees leave, we will also have to leave because we can’t survive here without access to water and the other services that we now enjoy.” 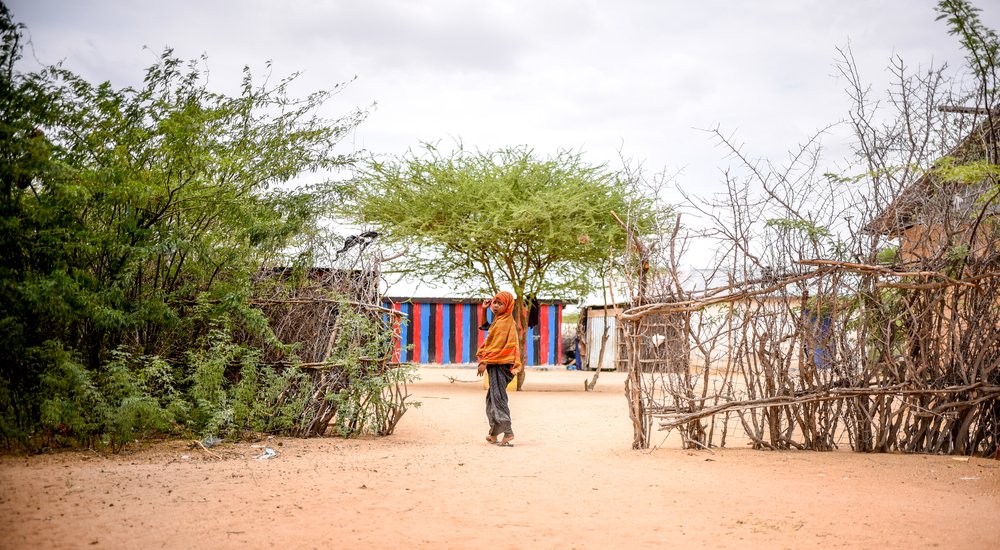 Paul Odongo/MSF
A girl from the host community playing