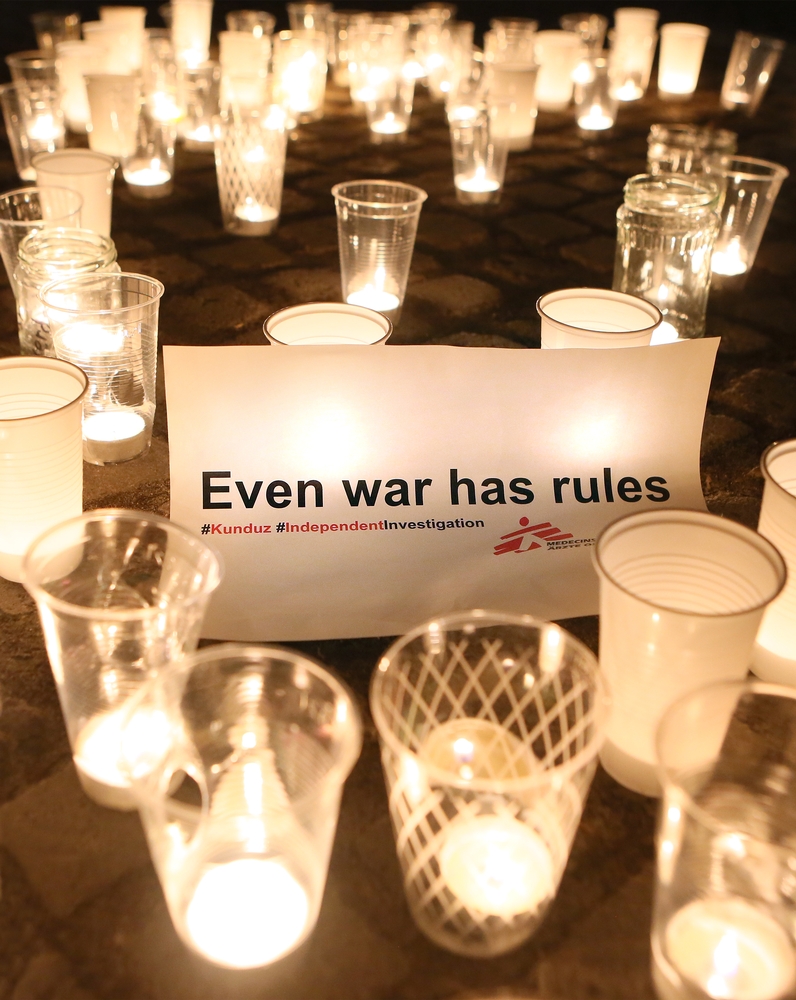 On the 9th of October, MSF delivered a petition signed by more than 547,000 people to the White House, calling for President Obama to consent to an independent investigation of the deadly U.S. airstrikes on MSF's trauma hospital in Kunduz, Afghanistan.

The airstrikes on 3 October killed at least 30 people, including 14 MSF staff members, and destroyed MSF’s hospital.

The MSF petition calls for President Obama to consent to an investigation by the International Humanitarian Fact-Finding Commission (IHFFC), the one body established specifically to investigate potential violations of international humanitarian law under the Geneva Conventions.

"Only a full accounting by an independent, international body can restore our confidence in the commitments of the United States to uphold the laws of war, which prohibit such attacks on hospitals in the strongest terms," said Jason Cone, executive director of MSF-USA.

The attack deprived hundreds of thousands of people of access to medical care at what was the only specialised trauma hospital in northeastern Afghanistan, MSF said.

The U.S. military has taken responsibility for the airstrikes, calling them a mistake, yet many questions remain unanswered about how and why they were allowed to occur.

In less than two months, the petition has gained the support of people across the globe, representing a groundswell of public support for the principle that even wars have rules.

The United States has yet to respond to MSF's request for an IHFFC investigation.

Dr. Deane Marchbein, president of MSF-USA, read the names of the 14 MSF staff members killed and spoke about her own experience treating patients in an MSF hospital in Afghanistan.

"Our commitment is to medical ethics, to treat people on the basis of their needs regardless of whether they are on one side of a conflict or another, or on no side at all," Dr. Marchbein said.

"This is how we bring medical care to the people who need it most, to people stuck in war zones who suffer the worst consequences of a conflict. This is what our colleagues gave their lives doing.”

Read the facts on the Kunduz attack