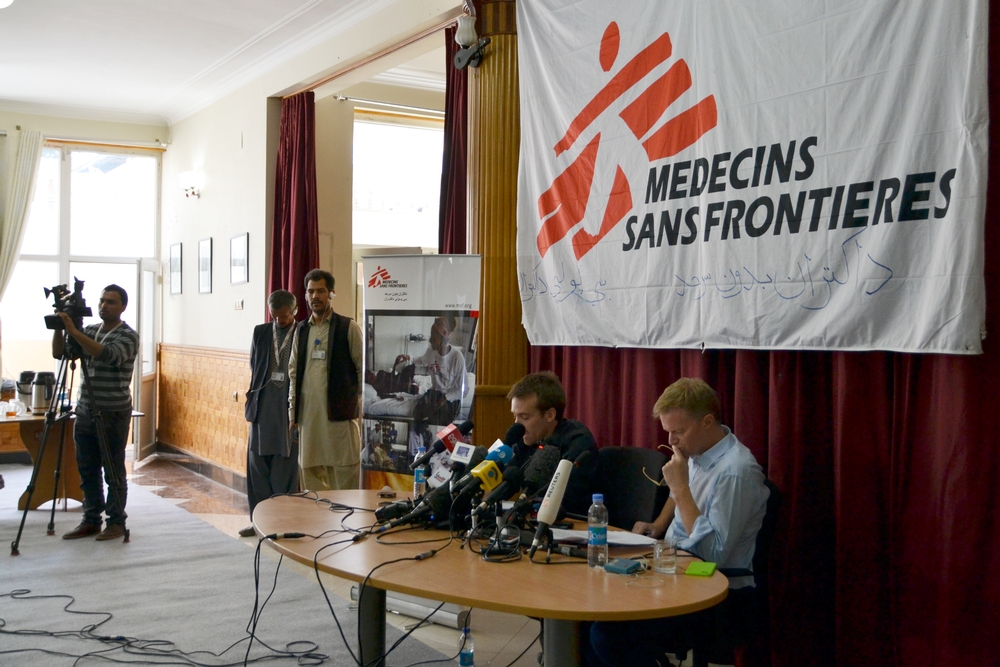 The international medical humanitarian organisation Médecins Sans Frontières (MSF) today released to the public an internal document that reviews the 3 October airstrikes by US forces on its hospital in northern Afghanistan.

The chronological review of the events leading up to, during, and immediately following the airstrikes shows no reason why the hospital should have come under attack. There were no armed combatants or fighting on or from the hospital grounds.

The MSF internal review describes patients burning in their beds, medical staff that were decapitated and lost limbs, and others who were shot from the air while they fled the burning building. At least forty-two people were killed, including 14 staff members, 24 patients and 4 caretakers.

“The view from inside the hospital is that this attack was conducted with a purpose to kill and destroy,” said Christopher Stokes, MSF General Director. “But we don’t know why. We don’t have the view from the cockpit, nor what happened within the US and Afghan military chains of command.” 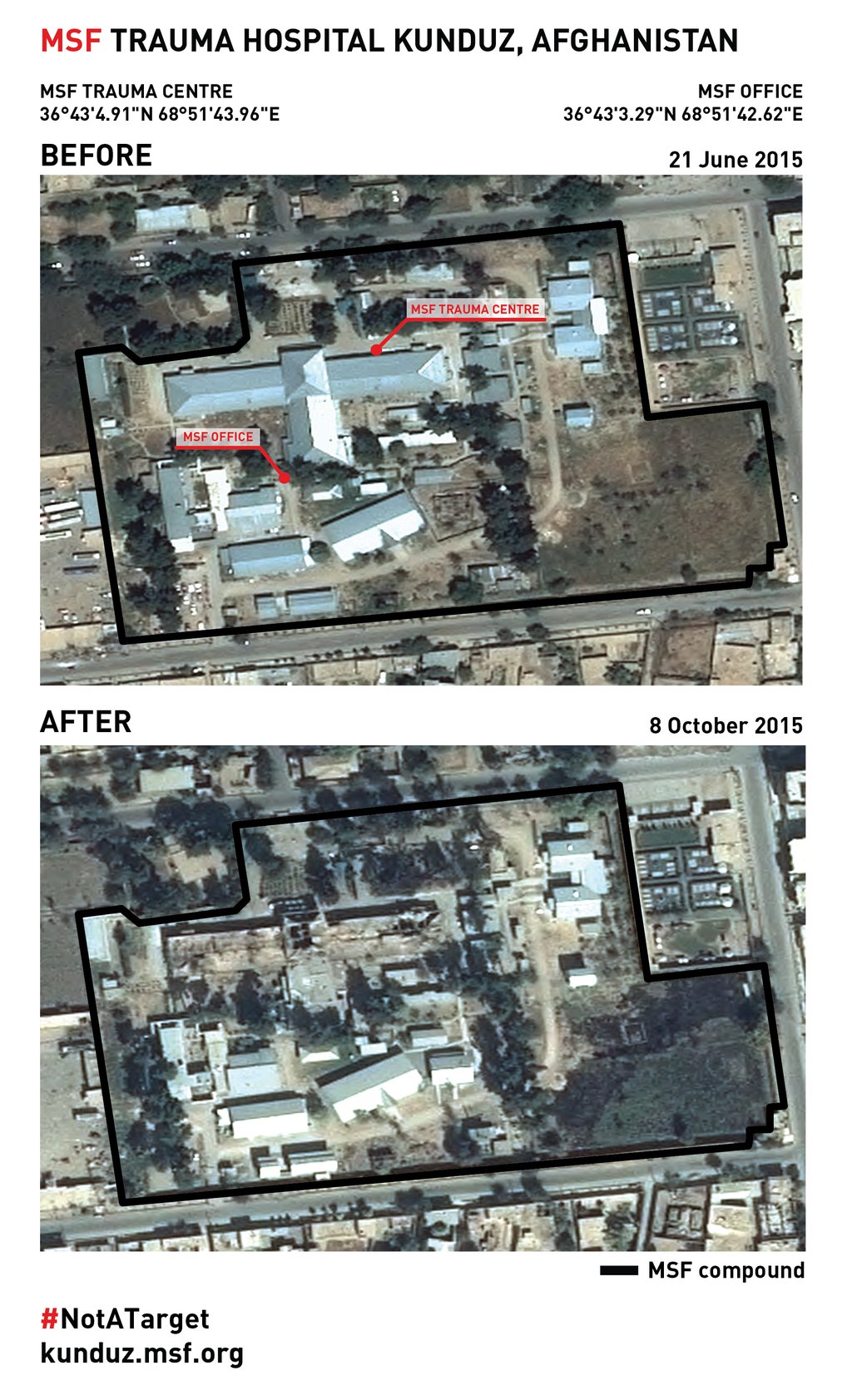 The initial findings of the MSF review firmly establish the facts from inside the hospital in the days leading up to and during the attack.

The review includes the details of the provision of the GPS coordinates and the log of phone calls from MSF to military authorities in attempt to stop the airstrikes.

MSF had reached an agreement with all parties to the conflict to respect the neutrality of the hospital, based on international humanitarian law.

“We held up our end of the agreement - the MSF trauma centre in Kunduz was fully functioning as a hospital with surgeries ongoing at the time of the US airstrikes,” said Dr. Joanne Liu, international president of MSF. “MSF’s no-weapons policy was respected and hospital staff were in full control of the facility prior to and at the time of the airstrikes.”

Victor J. Blue
A man wearing a surgical mask walks, 14 October 2015, amongst the debris of the damaged and burnt-out MSF Trauma Centre in Kunduz.

Among the 105 patients at the time of the airstrikes, MSF was treating wounded combatants from both sides of the conflict in Kunduz, as well as women and children.

“Some public reports are circulating that the attack on our hospital could be justified because we were treating Taliban,” said Stokes. “Wounded combatants are patients under international law, and must be free from attack and treated without discrimination. Medical staff should never be punished or attacked for providing treatment to wounded combatants.”

The document, part of an ongoing review of events undertaken by MSF, is based upon sixty debriefings of MSF national and international employees who worked at the 140-bed trauma center, internal and public information, before and after photographs of the hospital, email correspondence, and telephone call records.

“The attack destroyed our ability to treat patients at a time of their greatest need,” said Dr. Joanne Liu, international president of MSF. “A functioning hospital caring for patients cannot simply lose its protected status and be attacked.”

Find out more about the Kunduz attack