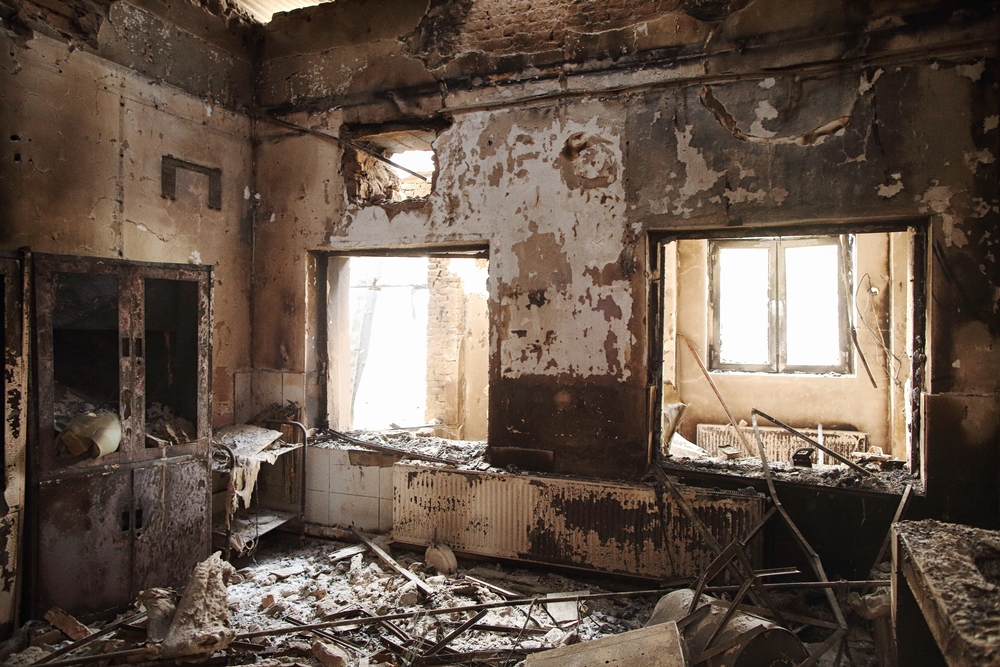 After two months of in-depth investigations following the US airstrikes that destroyed the Médecins Sans Frontières (MSF) trauma centre in Kunduz, Afghanistan, on 3 October, MSF today announces with great sadness that the death toll has been confirmed to be at least 42 people.

The revised figures include the 14 MSF staff members confirmed to have been killed, as well as 24 patients and four caretakers (relatives that provided additional nursing care for the patients in the hospital).

Previously MSF had reported an approximate death toll of at least 30 people, but the organisation confirms today the death toll has risen to 42, after methodical review of MSF records and family claims, as well as patient, staff and family testimonies.

Although determining the death toll has been extremely difficult in the chaos of the facility’s wreckage following the attack, extensive efforts have been undertaken to identify those who have died.

Part of the medical archives, patient files, and admission sheets were destroyed, as they were located in the main hospital building that burned down in the attack.

As well, additional human remains had been found in the hospital rubble over the course of the past two months.

Detailed investigations have been carried out, including interviews with MSF staff, patients and family members, as well as cross-checking with other hospitals in Afghanistan where MSF patients were referred post-attack, bringing the death toll to at least 42 people.

Read more about the attack on the Kunduz trauma centre