Some 30,000 people in Kyrgyzstan’s Batken and Leilek districts have been forced to abandon their villages after violent clashes, including exchanges of fire, took place between Kyrgyz and Tajik armed forces in late April. On a visit to the border area of Batken, a team from international medical organisation Médecins Sans Frontières/Doctors Without Borders (MSF) saw houses, schools and clinics which had been burned to the ground.

"In a state of shock"

On the Kyrgyz side, many of the displaced people were evacuated to Batken city, where they sought shelter in schools, mosques and hotels; others, especially from adjoining Leilek district, sheltered with host families. 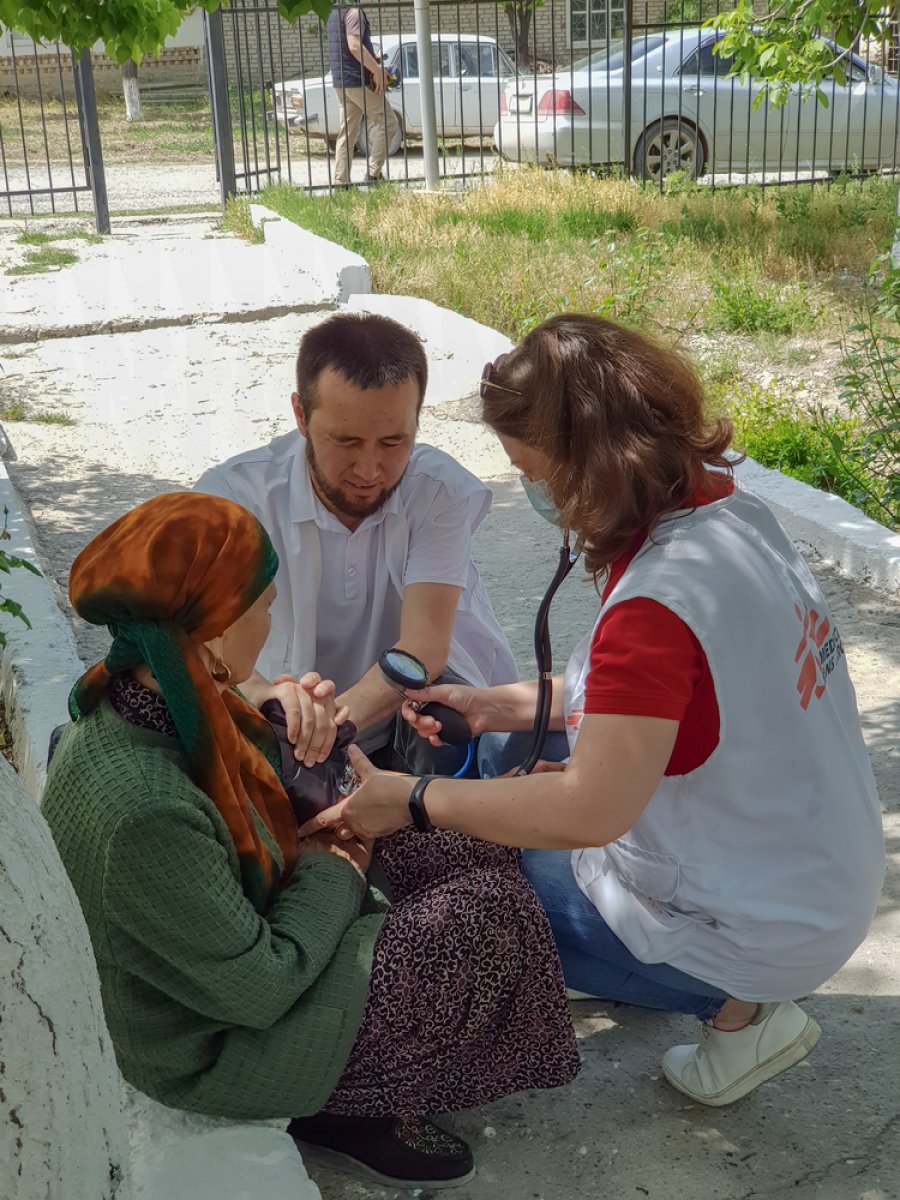 MSF mobile team treating a patient in the village of Arka, in Leilek district of Batken region, Kyrgyzstan.

Some people have now returned to their villages but the majority are still displaced.

An MSF mobile medical team deployed to Batken city found many of the displaced people in a state of shock after the destruction of their homes and businesses.

The team is providing them with basic healthcare, while three MSF psychologists specialising in mental trauma are providing individual counselling sessions.

In the two weeks until 7 May, the MSF team in Batken city provided 363 consultations and 103 counselling sessions.

“Most people show signs of distress, anxiety or acute stress reactions, while some have symptoms of chronic distress and depression, as border clashes and tensions are frequent in this region.”

As well as working in Batken city, MSF also plans to provide medical care in rural areas of Leilek district, with a focus on the villages around Kolundu and Samarkandek hospitals, where the health infrastructure will struggle to cope with an increased demand for services.

In the coming days, MSF will deploy 18 medical staff, including doctors, psychologists and health promotion experts, to the region.

"Many people are traumatised and in shock"

“Both Batken and Leilek districts have seen significant damage. We are supporting health authorities in providing basic health services and psychosocial care to families affected by the conflict,” says Kevin Coppock, MSF country director in Kyrgyzstan.

MSF teams in Tajikistan have been following the developments closely and are in contact with the authorities ready to provide assistance in case of need.