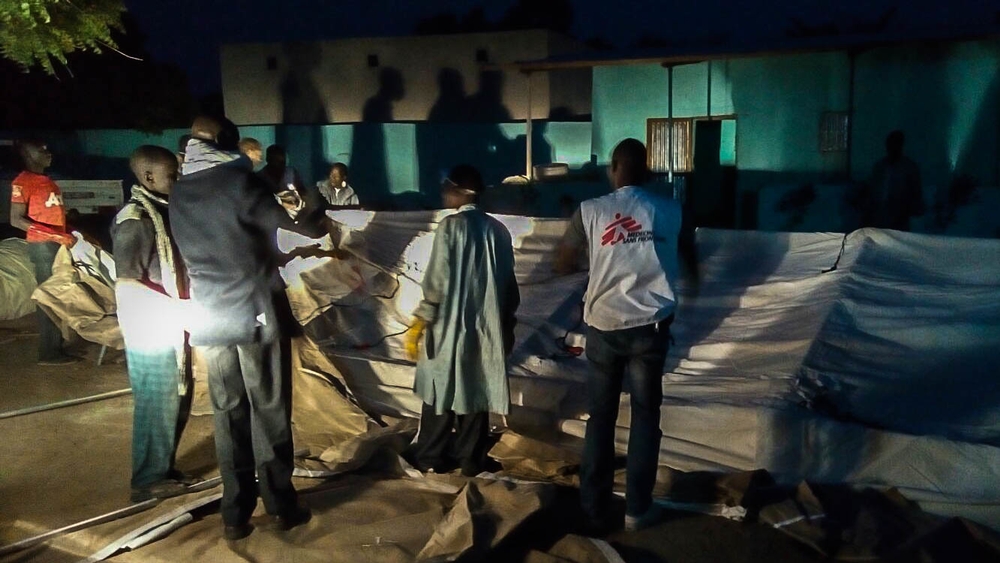 Lake Chad: “I had never before seen these types of injuries”

Dr Silas Adamou Moussa is Deputy Head of Mission for MSF in Chad. He is part of the team who was deployed to Mani to assist wounded following the suicide attacks that took place on Koulfoua Island on the morning of 5 December.

"After the attacks, the wounded had been evacuated from the island to a basic health centre in Guitté, a small town on the shores of Lake Chad.

Many were in serious condition and had received no care during the three hour boat crossing from the island. 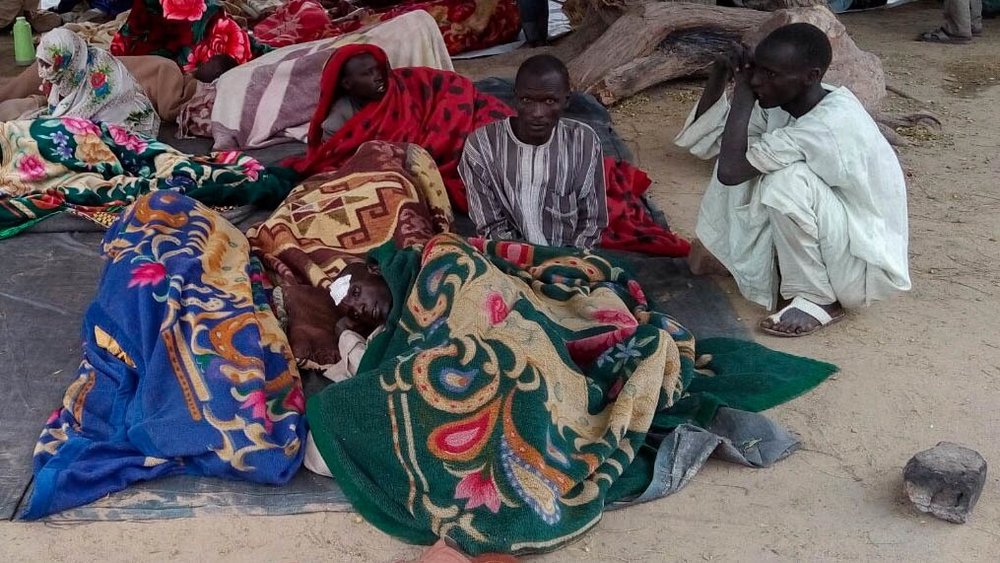 MSF
30 people were killed and 200 were injured after a triple suicide bomb attack on Koulfoua Island on Lake Chad.

We left N'Djamena on Sunday afternoon, traveling in a small truck loaded with surgical equipment and medication.

We worked Sunday night until early morning to set up the medical and surgical equipment.

Our logistics team set up three tents with ten beds each, and also installed running water and electricity. At around 2am, we were ready to receive the first influx of wounded. 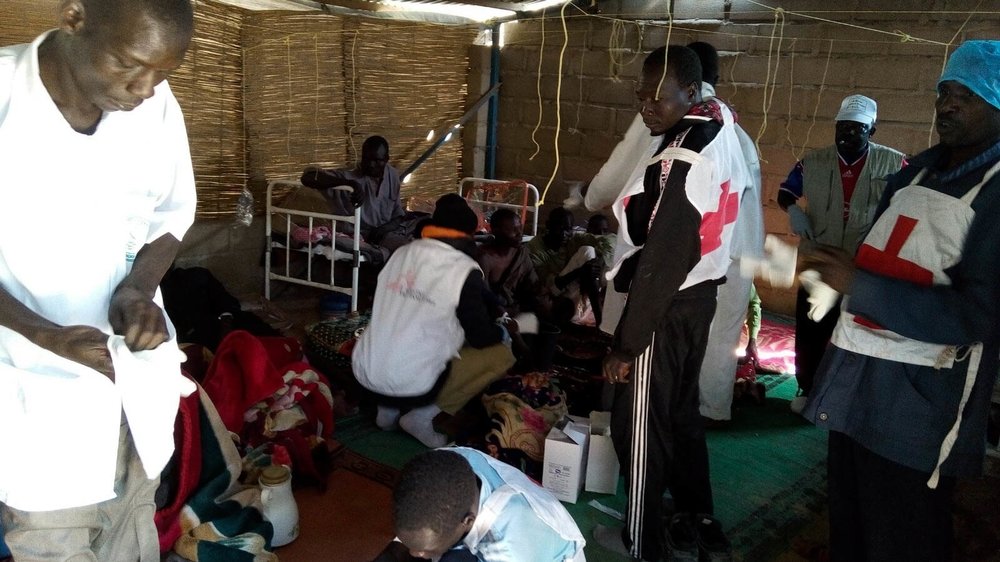 They arrived by ambulance from Guitté. I had never before seen these types of injuries. Men, women and children had their bodies covered in sharp splinters.

Pieces of glass, nails and metal scraps were embedded in their faces, their chests, their limbs. Many were disfigured by the lacerations.

I haven’t slept since we got here. The nature of the injuries means we have to spend a lot of time with each patient to remove all of the fragments of glass or metal – it can take several hours to check all parts of the body.

In some cases, amputation is required so we organise the patient to be transferred to N’djamena where the hospitals have more advanced surgical capacity. 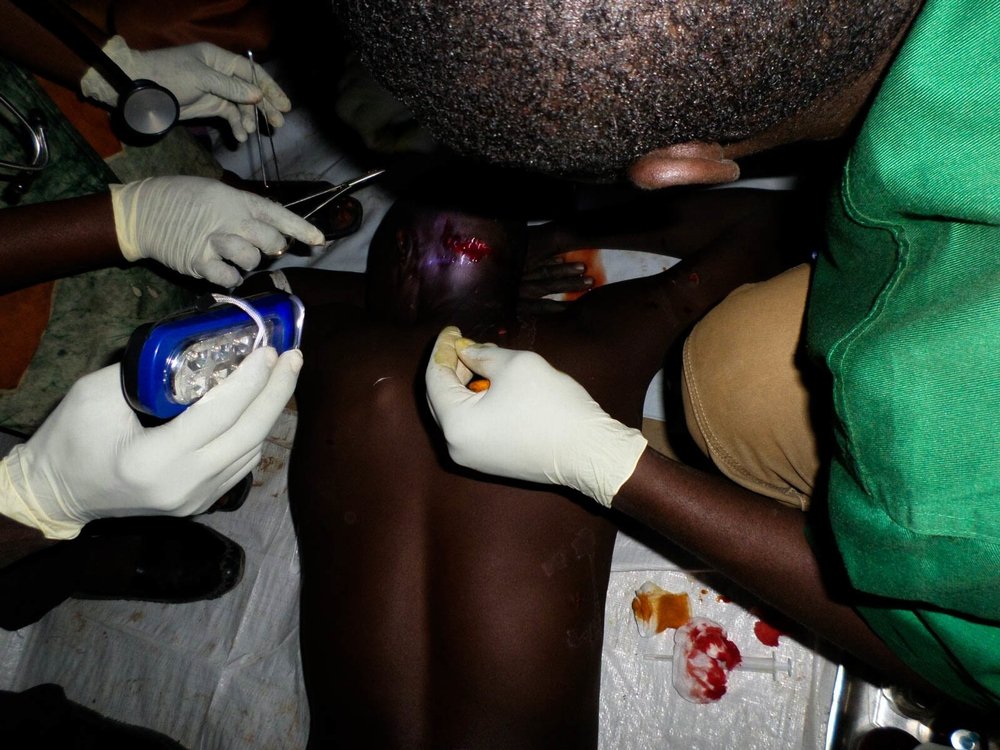 MSF
Medics treat a man injured in the bomb attacks.

I am working with a translator to communicate with the patients.

This enables me also to hear their stories about what they experienced. A woman told me today that she had gone to buy fish at the market with her young daughter. Everything went black, "as if a veil had covered everything around them," she said.

She woke up in the hospital, and did not know where her daughter was. The child was seriously injured and had been transferred to N'Djamena – we heard today that she is doing better.

All of the victims are in shock. They are very scared and fearful about what the future holds for them.

I have worked for MSF for seven years, but this is the first time I have treated people injured by such attacks. It shocks me in this situation that the injuries perpetrated are intentional.

I am from Northern Cameroon, a region that is also suffering similar attacks.

The people here have no way to protect against these attacks and they have nowhere to go. Fear has spread in Mani, the streets are deserted and people are staying at home.

Today the hospital is one of the only places where there is activity.”

Read more about the situation in the Lake Chad region