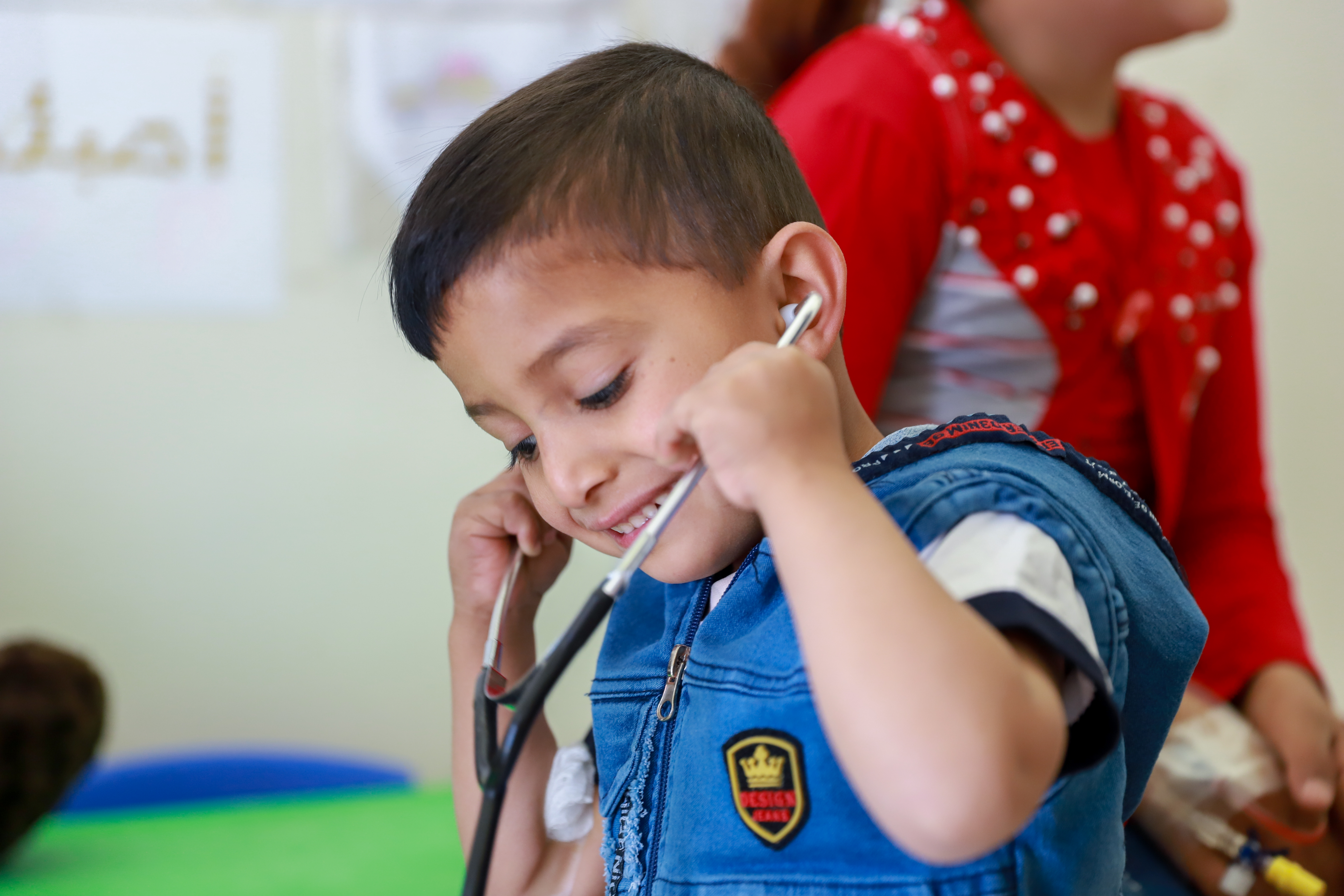 MSF’s Thalassemia services include medical consultation and follow up, medical treatment and blood transfusion in addition to social and educational follow up for the children and their families. A children’s visit to the hospital to receive treatment for Thalassemia could last for a full day. To make it an enjoyable experience, MSF prepared a Kids’ Zone, a safe space for thalassemia children to play, draw and have fun with their friends, as the mental well-being of the kids is an important factor in their physical health.

For over a year now, Médecins Sans Frontières (MSF) teams in Lebanon have been treating Syrian refugee children for thalassemia. A genetic blood disorder, in its acute forms thalassemia requires demanding treatment that MSF provides in a paediatric hospital in the city of Zahle in Bekaa Valley.

Thalassemia is a disease caused by an alteration in the genes required to synthesise haemoglobin. The greater the number of altered genes, the more severe the disease. The life expectancy of untreated patients can be considerably shortened. In severe cases, regular blood transfusions are needed to compensate for the lack of haemoglobin. “But there’s a complication with frequent transfusions”, says Dr Amber Alayyan, medical manager of MSF programmes in Lebanon. “These can cause iron overload, which can result in heart or liver disease. This is why thalassemia patients need iron chelators to lower iron levels in the body.” 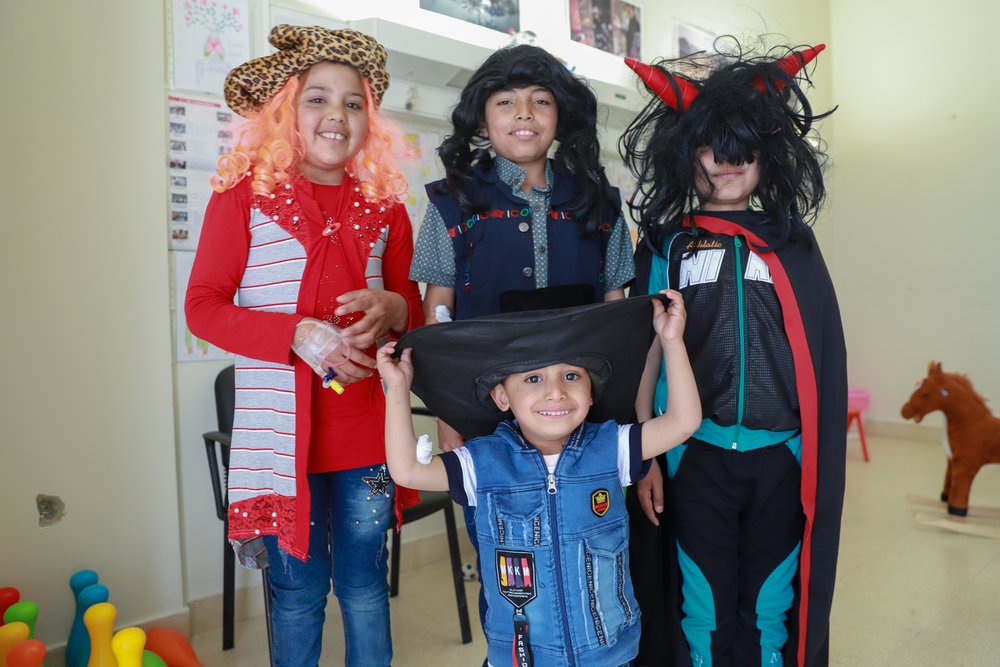 Joffrey Monnier/MSF
Inside MSF’s Kids Zone, the patients become friends. Youssef (12) and his brother Abbas (4), with Malek (10) and his sister Bushra (14), all coming today to MSF’s paediatric ward at the Elias Hraoui Government Hospital in Zahle to receive Thalassemia Care.

MSF provides comprehensive care in the paediatric department in Zahle’s Elias Haraoui hospital. The team start by diagnosing the disease. Parents are often aware their children have the disease because it’s a hereditary disorder and other relatives are affected, so it just takes a blood test to confirm the diagnosis. In other cases, when a child is pale, weak and shows signs of anaemia, blood tests are carried out to establish the cause, and haemoglobin electrophoresis then confirms whether or not it is thalassemia.

The Syrian children treated at Elias Haraoui hospital are given blood transfusions and the appropriate medication, Deferasirox, for example, is prescribed as a first-line drug. The MSF team takes blood samples to monitor the children’s treatment and also keeps a watchful eye on their general state of health. If any other health issues are identified, they are referred to the appropriate specialist. They also tell parents about the treatment that’s been prescribed and, very importantly, that once the disease is being treated their children can lead normal lives. 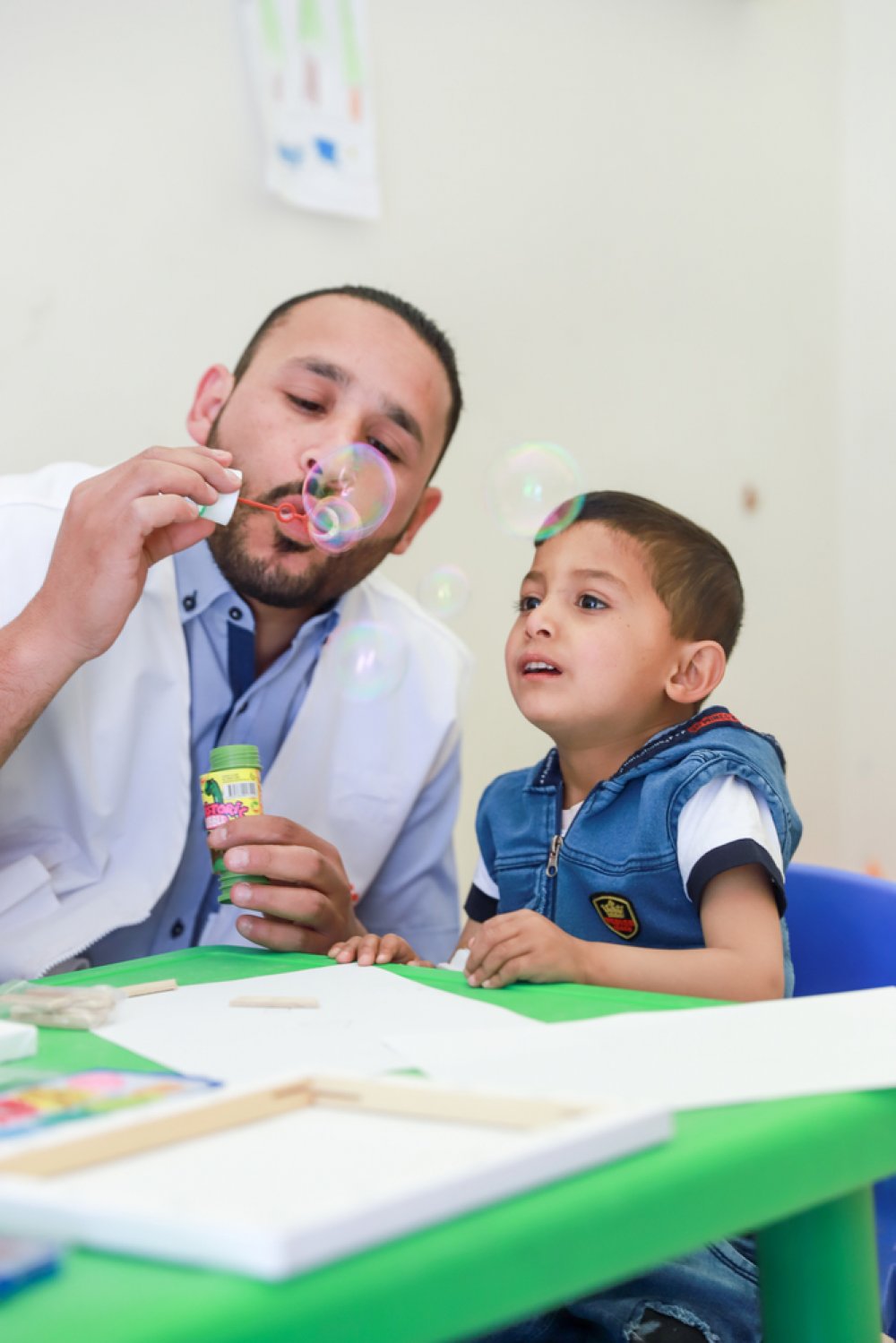 “It’s really important for the team to have a relationship with the families”, comments MSF’s head of mission in Lebanon, Fouzia Bara. Some parents are distressed because they think their child won’t be able to get married and will have no future. We reassure them and tell them that their child can live with the illness, which gives them hope,” she continues.

MSF is currently treating 64 patients in the hospital in Zahle, all of them Syrian children.  They have access neither to the state-provided care programme, which is exclusively for Lebanese nationals, nor to coverage by the United Nations Refugee Agency (UNHCR). MSF plans to scale-up its activities and treat 100 Syrian children by the end of the year. The organisation can’t take on any more due to the extremely high cost of the drugs. However, with over one million Syrians now living in Lebanon, there are likely many more refugee children inflicted with thalassemia, because it is particularly prevalent in their home country. But, it would require being able to have access to a cheaper drug.

Thalassemia affects countries in the Middle East, such as Lebanon and Syria, and in the Mediterranean basin; the word thalassemia derives from the Greek thalassa that means sea. But, a relatively unknown disease, it is also prevalent in other countries like Pakistan and Afghanistan where access to treatment is impacted still further by instability and violence.