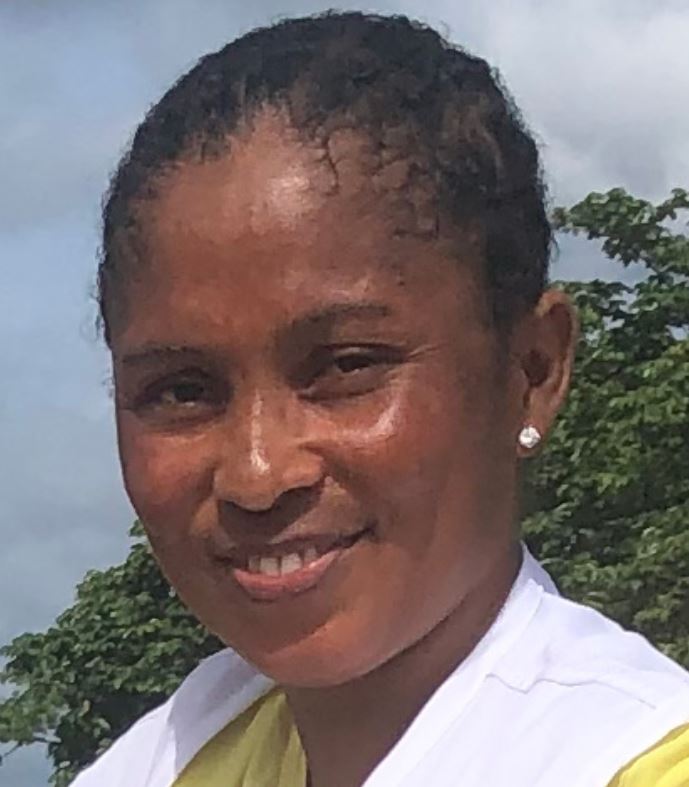 June 16, 2021—After an Ebola outbreak was declared in Guinea earlier this year, there was a need to increase epidemic surveillance and prepare for potential Ebola patients in neighboring areas of Liberia. Rita M. Nelson, an infection prevention and control nurse with MSF in Liberia, provides a personal account of this effort.

"I felt physically ill from seeing many people so sick"

I am an infection prevention and control nurse at the Doctors Without Borders/Médecins Sans Frontières (MSF) pediatric hospital in Monrovia, Liberia.

After an Ebola epidemic was declared in neighboring Guinea in February 2021, I worked with an MSF epidemiologist to help Liberian border communities prepare for a possible outbreak.

I first joined MSF in September 2014 as part of the response to the Ebola outbreak in the country that year.

On the day I applied I saw everyone wearing their yellow personal protective equipment (PPE). 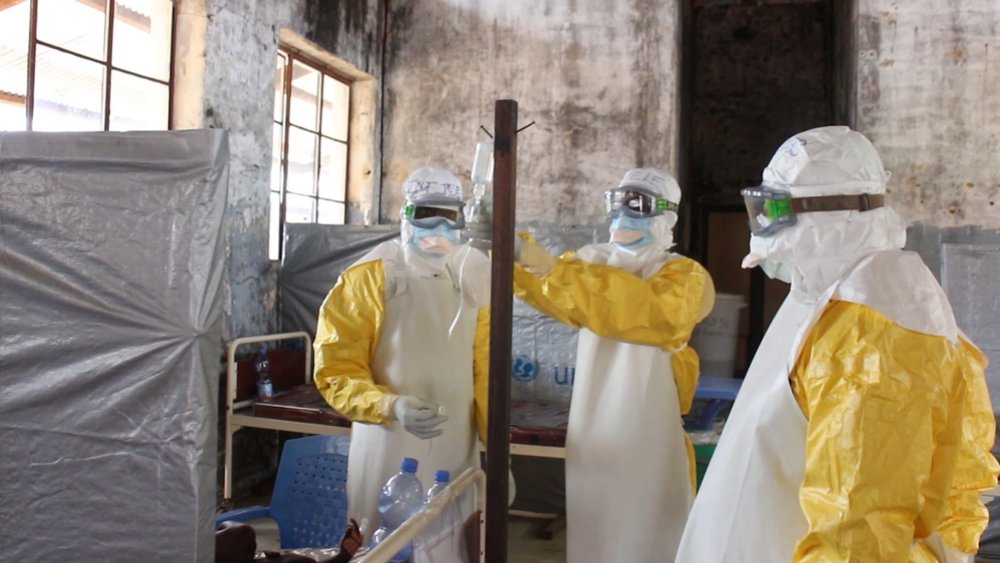 I saw people dying in the streets from Ebola, people lying along the fence, people carrying stretchers with bodies on them.

When I saw that, my whole spirit as a nurse left me. I felt physically ill from seeing many people so sick and bodies all around.

It is scary as a health care worker because you cannot help someone that is dying because you are also afraid to die.

At that time I actually felt lucky to have a job as a data encoder.

That is how I started working and I was able to have the fear leave me.

The next year MSF was opening a hospital to meet non-Ebola health needs in Monrovia, so when I finished my job as a data encoder I successfully applied to work as a nurse in the hospital.

My first position was as an infection prevention and control supervisor, and later I became a nurse in the neonatal ward.

"I saw people dying in the streets from Ebola, people lying along the fence, people carrying stretchers with bodies on them"

Learning to provide medical care to a newborn baby, with their tiny veins, was like magic for me, and now I am super at it because I underwent training with MSF.

Improving surveillance and preparing for a possible Ebola outbreak

When another Ebola outbreak was declared in Guinea in February 2021, I felt like we were going back to what happened in 2014.

Guinea is not far from Liberia's Lofa and Nimba counties, and our first case in 2014 came from Lofa county. It has a lot of border points, and people interacting with people in Guinea to get food [and supplies].

So I joined an MSF team that traveled to Nimba and Lofa counties to help health workers improve surveillance for Ebola cases and prepare for a possible outbreak this year. 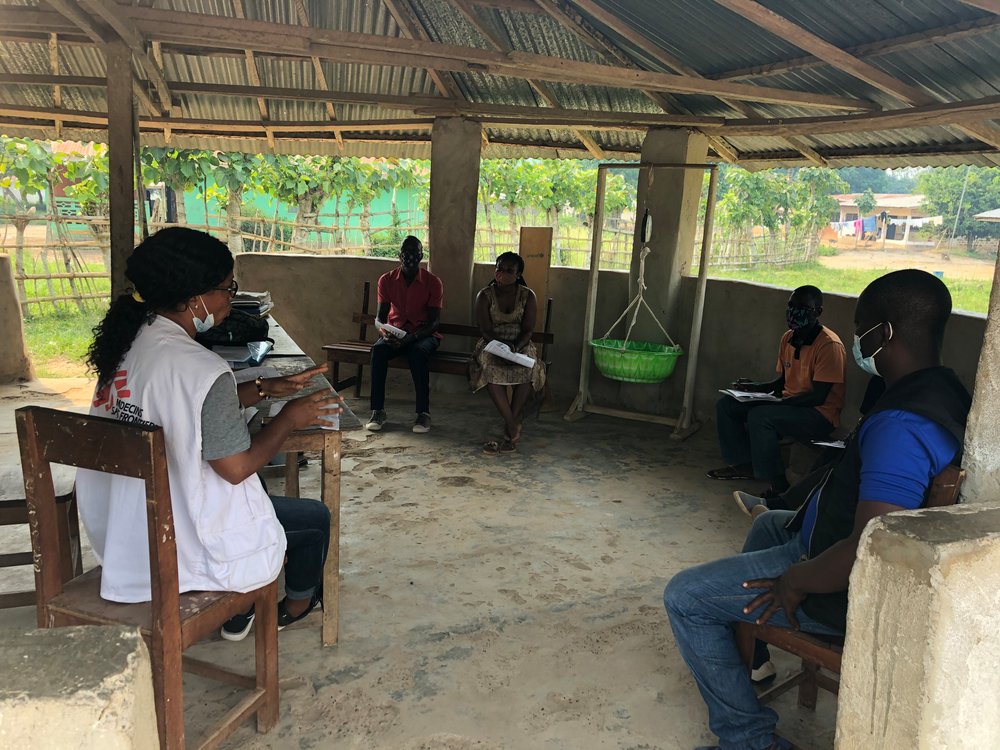 Laura Wright/MSF
Rita M. Nelson, MSF infection prevention and control nurse, spoke at a clinic in Louguatou, Nimba county, Liberia, as part of an effort to improve preparedness for a potential Ebola outbreak.

My role is to do trainings for health workers and community health volunteers.

Some of them have forgotten a little about Ebola since 2014, so we do a short refresher training about the disease, so they remember what can happen.

Then they are trained and sent out to do active case searching, looking for people with symptoms that are in line with Ebola.

We also talked about how Ebola is transmitted and the importance of handwashing to prevent transmission when people go into communities.

In some places there is no handwashing station available, so I tell people you can take a water bottle and put a small hole in the top, and then fill the bottle with water and liquid soap, and use that to clean your hands between each visit to a house.

Our logisticians set up isolation areas in several clinics, where people with potential Ebola symptoms could be cared for while waiting for test results.

That way we could identify an Ebola outbreak before it spreads farther and start caring for those affected.

The community health volunteers (CHVs) are the backbones of this effort.

In Nimba county, a CHV found someone who had a suspected case of Ebola.

Then all these people, from the World Health Organization and elsewhere, were calling to find out more. And that patient was taken to the hospital into an isolation room to wait for a test.

Thankfully the test result was negative and the patient did not have Ebola. But given the risks of another Ebola outbreak, it was worth every effort to be sure. 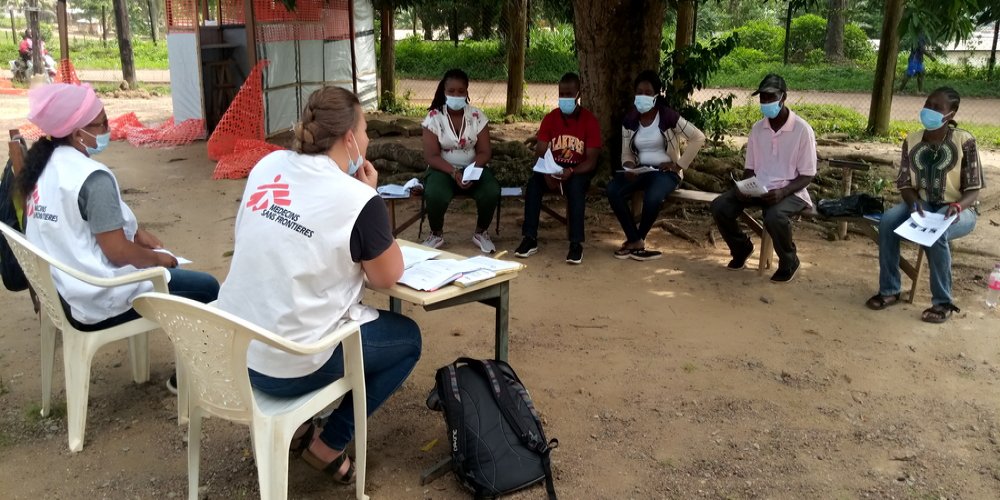 MSF
Rita M. Nelson, an MSF infection prevention and control nurse (left), and Laura Wright, an MSF epidemiologist, speak at the Yekepa YMCA clinic in Nimba county, Liberia, as part of an effort to improve preparedness for a potential Ebola outbreak.

I have learned that these CHVs know how to detect when someone is sick because they have been trained.

They have little education from their school days; some don’t even know how to write well, but they are out there, even putting themselves at risk to go into the communities.

So far the Ebola outbreak has not come to Liberia, and I hope it will soon be completely over in Guinea.

But there are many other health needs, and we [must] be alert to outbreaks like Lassa fever, meningitis, and measles as well.

Now I am interested in studying for a master's degree in epidemiology.

I pray I someday have the opportunity and finances to go back to school, broaden my knowledge, and help those that are less fortunate.

I want to work in the field to be able to help other people who do not have the knowledge of what to do.