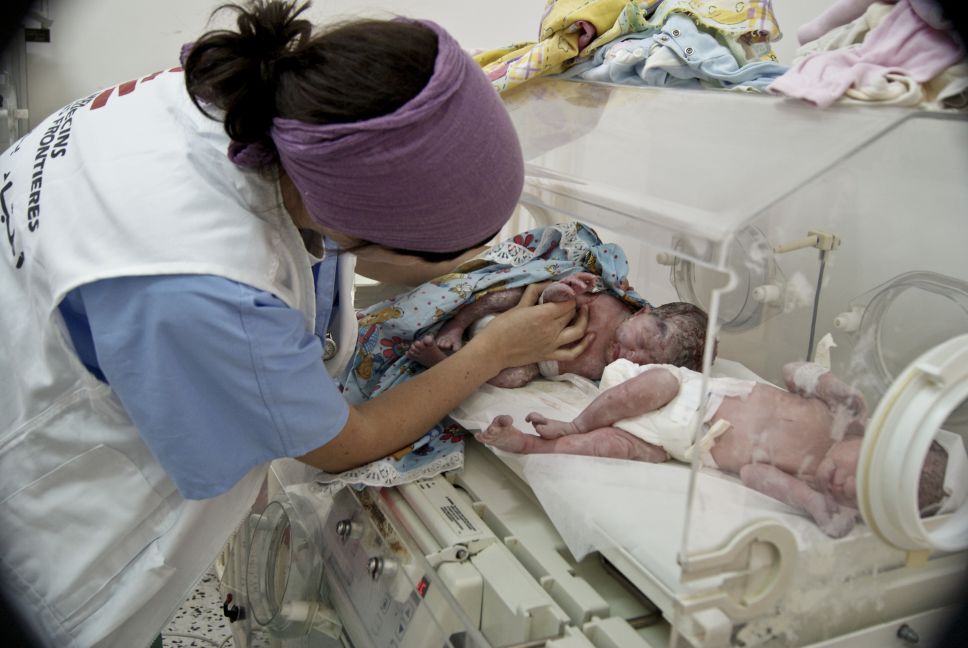 Libya: MSF scales up medical aid in Tripoli amid shocking scenes in hospitals

The situation remains very tense in Tripoli despite the fact that more areas of the city are becoming accessible to medical aid. Médecins Sans Frontières / Doctors Without Borders (MSF) has started working in medical facilities in the capital, donating lifesaving medications and supplies, and transferring patients in need of urgent medical assistance.

The scenes in some hospitals have been shocking, MSF’s teams report.  The medical humanitarian aid organisation has now 14 international staff in Tripoli; more will join them in the next few days.

On August 25, an MSF medical team rescued two patients in very critical condition from Abu Salim hospital, which was surrounded by intense fighting at the time, and transferred them to Tripoli Medical Centre.

“When we arrived at Abu Salim, we faced quite a shocking scene: dozens of dead bodies were lying in the hospital’s compound,” reports Jonathan Whittall, MSF emergency coordinator. “Abu Salim hospital had been completely cut off by the nearby fighting and 22 patients were stuck inside, together with five medical staff. We managed to evacuate the two most critical patients—who would have probably died otherwise. Later on, the remaining patients were transferred to safer facilities.”

Although calm has returned to several areas, intense fighting is still occurring near some medical facilities, making it impossible for health workers and patients in need of urgent care to access these structures. Libyan health staff are exhausted, having spent the past week working around-the-clock to treat the huge numbers of patients they are seeing. Medical facilities are running short of lifesaving medical supplies, equipment, fuel and electricity.

On August 26, an eight-person MSF team – two anaesthetists, one surgeon, two operating theater nurses, one intensive care nurse, one nurse, one emergency doctor and one emergency coordinator – started to support Matiga hospital. Over 60 patients – including wounded from the frontline – received medical care. MSF has also donated lifesaving medications and medical supplies, such as anaesthetics, antibiotics, dressing material, and surgical equipment.

In the Brotherhood clinic, where Libyan staff was overwhelmed due to the huge influx of wounded in the last few days, MSF supported the clinic with medical supplies.

On August 27, a medical team assessed the medical needs in several other health structures in Tripoli, including the women and children’s hospital, the general hospital, and the Tripoli medical centre.

“In addition to the high numbers of injured people, strained medical facilities must deal with a whole range of more traditional emergency cases,” explains Paulo Reis, MSF medical coordinator. “A woman with a complicated delivery may need a C-section. A patient with a chronic disease needs to continue his treatment… It is not just about the direct results of the fighting, and medical facilities need our support.”

MSF is also trying to send medical supplies to Zwara hospital, west of Tripoli, where fighting is ongoing.

MSF sent three tons of dressing materials and much needed surgical material, including external fixators, from Tunisia into Libya. In addition, MSF will send more than ten tons of medical materials to Tripoli from Malta by boat. Three more tons of medical supplies, drugs, and equipment have been sent from MSF’s project in Misrata.

MSF is an international medical humanitarian organization that has been present in Libya since February 25. MSF is continuing to work in Benghazi, Misrata, Yefren, Zawiyah, Zintan and Zlitan. To ensure the independence of its medical work, MSF relies solely on private financial donations to fund its activities in Libya and does not accept funding from any government, donor agency, or from any military or politically affiliated group.