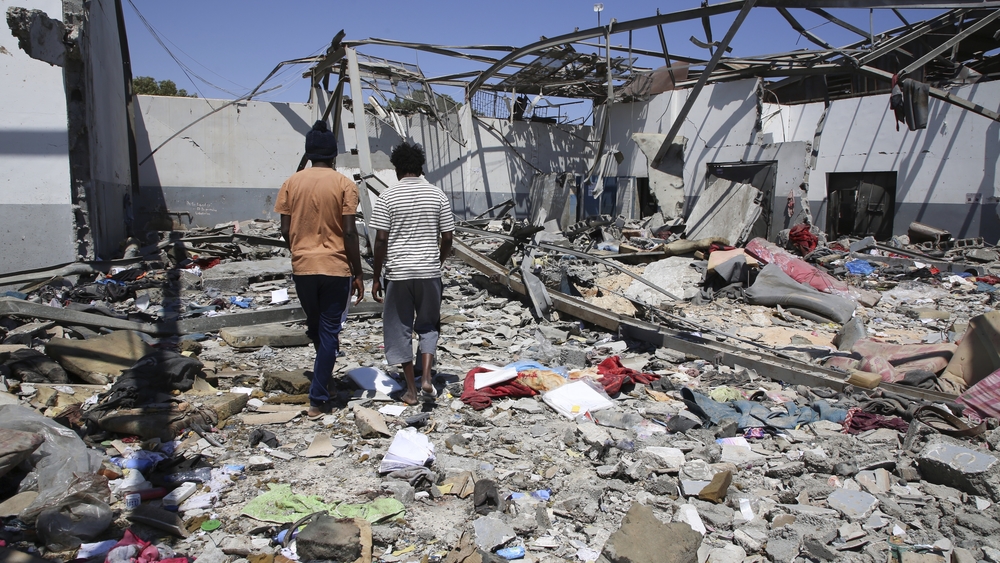 Libya: "A night in which our worst fears would come to pass"

“When I arrived to Tajoura detention centre at 12.45 am it was crammed with ambulances outside. The building that was hit was all but destroyed; the walls crumbled, debris everywhere. In place of the cell, there was just a huge hole. There was no one still alive in that room. I saw bodies everywhere, and body parts sticking out from under the rubble. Blood all around. At some point, I had to stop, I couldn’t go further inside the ruins as there were too many dead. I would have to walk over the bodies to proceed.

Some of the survivors were helping to put the dead in body bags, others were helping the injured. Many were scattered around the centre out in the open, sitting on the ground with their few belongings in complete shock. I knew many of the dead by name, I knew their stories.”

These are the words of a Libyan MSF doctor following the fatal airstrike on Tajoura detention centre late at night on 2 July, that killed an estimated 60 people and injured 70 others. It is a night that will forever remain etched in this doctor’s memory – and the memories of all MSF staff in Libya – as a horrific nightmare. A night in which our worst fears would come to pass, fears which we have voiced for months, in the in futile hope that unnecessary  suffering and death would be avoided. 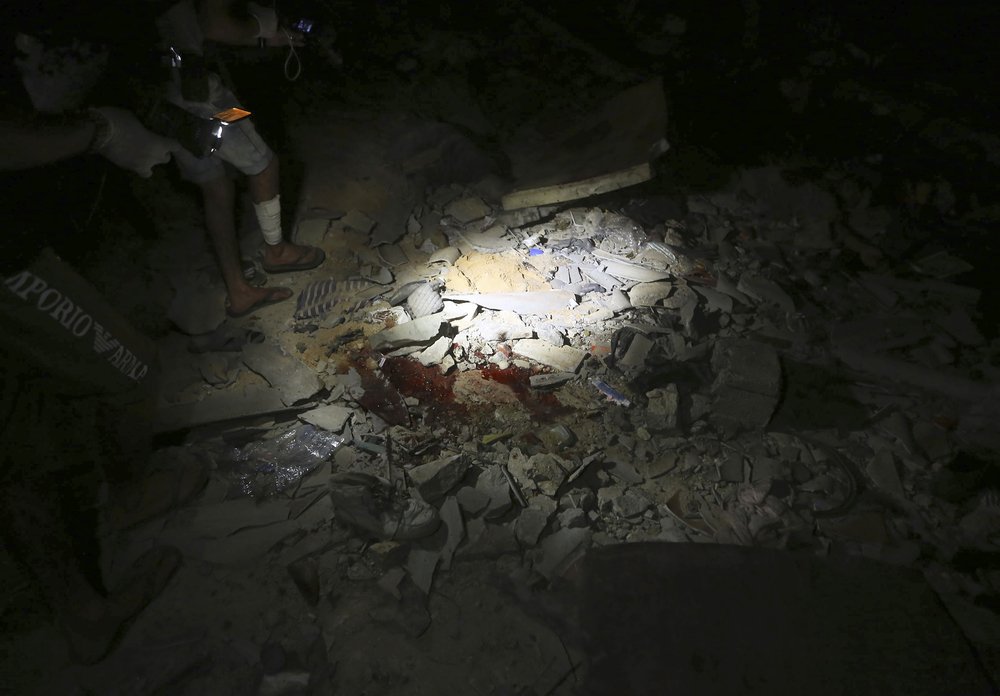 Minutes after the airstrikes our staff, who had returned from a visit to that same detention centre merely hours before, started to receive frantic calls. They rushed to the scene but there was little they could do. The over 130 innocent men and boys that they’d looked in the eyes of earlier that day stood no chance, locked in the cell when the explosion tore through them.

I had been in Tajoura just two months earlier on 8 May, the day after the first airstrike hit the detention centre. On that occasion, shrapnel from the blast tore through the roof of the women’s cell and nearly hit a baby sleeping on a thin mattress on the hard floor.

"However, it is not simply about unlocking the doors, providing an illusion of freedom and allowing politicians to wash their hands and conscience of the problem. Those who walk out of detention with empty pockets and nothing on their backs are still caught in the crossfire of a war that isn’t theirs, within the grasp of criminal networks and looking towards a precarious and uncertain future."
sam turnermsf head of mission for libya and sar

I can’t help but think of the people I might have met during my visits to Tajoura who were to be entombed in their cell. I remember the scared faces I saw in May, with any hope for their safety long forgotten. They protested their unending detention to us. We in turn raised the alarm, calling for the UK government to reverse and oppose  policies which trap people in these centres, and to support the immediate and urgent evacuation out of Libya of refugees and migrants held in arbitrary detention. We were adamant that there was no way this could continue.

But it did continue. This latest airstrike was the deadliest incident for civilians since the beginning of the fighting in Tripoli – accounting for over half of the civilian deaths, according to figures from the World Health Organisation. Beyond the fighting, instability in Libya exposes refugees and migrants to extremely high risks, preyed upon by the underworld; traffickers, smugglers and all those willing to exploit them for personal gain. These detention centres are places of indefinite incarceration with unspeakable conditions and no way out. Places where people are forgotten.

Less than one percent of the estimated population of refugees and migrants in Libya are in detention centres – approximately 5,600 people in total. In recent days we have seen strengthened calls from UN agencies and even the EU, joining MSF in calling resolutely for an end to arbitrary detention. However, it is not simply about unlocking the doors, providing an illusion of freedom and allowing politicians to wash their hands and conscience of the problem. Those who walk out of detention with empty pockets and nothing on their backs are still caught in the crossfire of a war that isn’t theirs, within the grasp of criminal networks and looking towards a precarious and uncertain future. 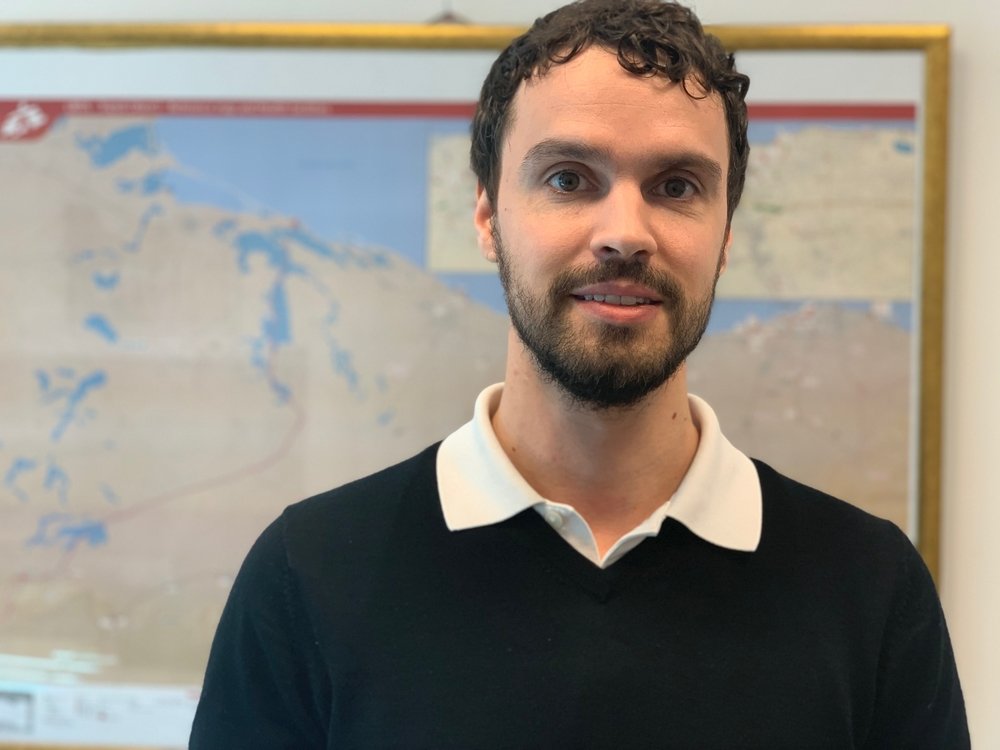 In the absence of timely solutions that offer any real hope, the only escape is the sea, and here is where the greatest hypocrisy lies. Since fighting began in Tripoli in April, the EU-supported Libyan Coastguard has returned four times as many people to Libya than have been evacuated out or resettled to safe countries, according to UN figures. Just last week, 90 people intercepted at sea were forcibly returned to Tajoura. Foreign Secretary Jeremy Hunt denounced the air strike on Twitter, but his words mean little while the EU governments continue to prop up the Libyan coastguard.

"In respect for all those who lost their lives, we must do everything in our power to stop this recurring nightmare."

sam turnermsf head of mission for libya and sar

The carnage in Tajoura was foreseen and should have been avoided. The international community waited until it happened and then condemned it, promising investigations. Who has named the dead? Informed their families or laid them to rest?

To add insult to fatal injury, despite the outrage following the attack, there are still 193 people detained in the graveyard of Tajoura, with the number growing every day.

In respect for all those who lost their lives, we must do everything in our power to stop this recurring nightmare. This is the tipping point for concrete action. MSF calls, once again, for the government to support the immediate closure of Tajoura detention centre and the evacuation of all detained refugees and migrants out of Libya. The forced return of people fleeing Libya must stop, the cycle must be broken.