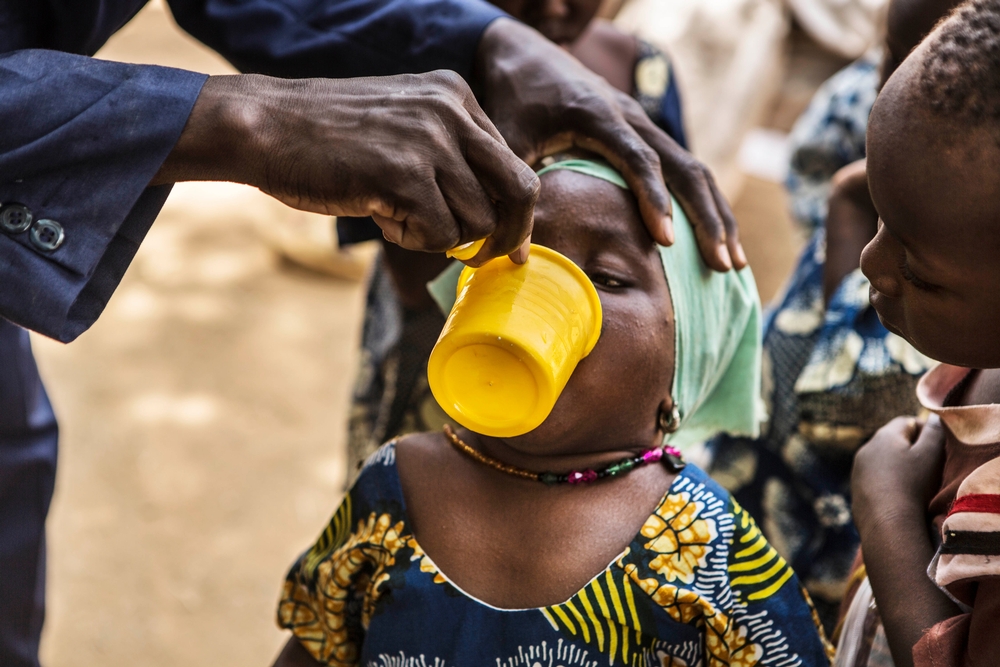 Since 2000, malaria deaths have fallen by 47% globally,  and by 54% in the African region, according to the World Health Organisation (WHO).

The use of rapid diagnostic tests and treatment with artemisinin-based combination therapies (ACTs) have played a key role in this great progress.

However, malaria still kills in Africa, where 90% of global malaria deaths occur, killing more than 430,000 children a year.

Malaria; the disease most commonly treated by MSF

Malaria is the disease we treat the most in Médecins Sans Frontières/Doctors Without Borders (MSF) projects; in 2013, we treated over 1.8 million cases.

Our priority is for children under five and pregnant women, the weakest when it comes to fighting the parasite, to be diagnosed and treated as early as possible to avoid complications.

The good use of mosquito nets impregnated with long lasting insecticide is also vital.

And in recent years, we also have gone a step further and in several African countries we have backed preventive strategies that avoid children falling ill. 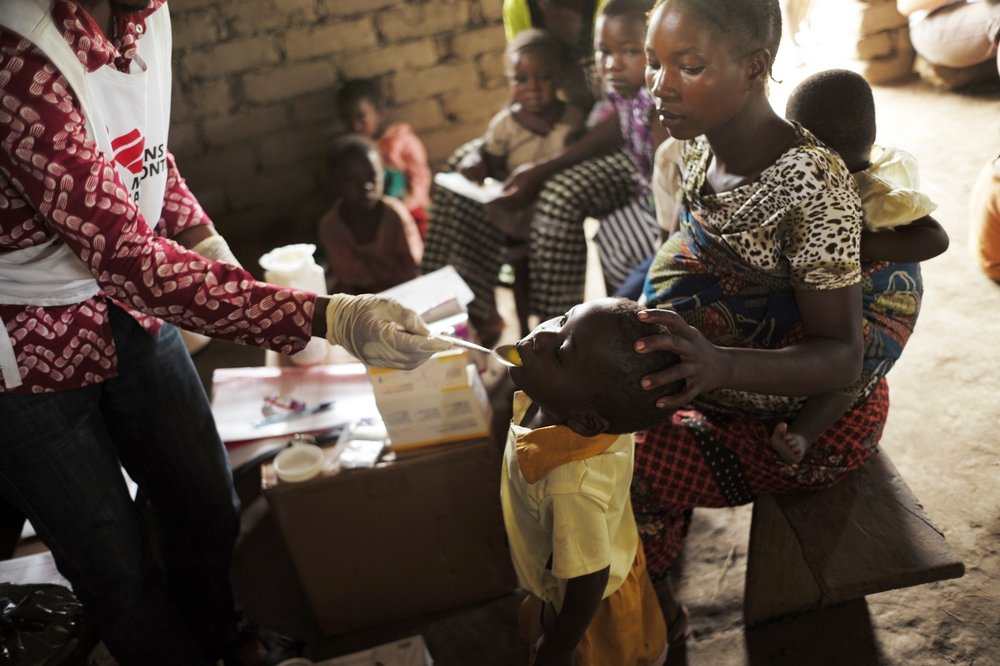 In 2014, MSF provided preventive treatment to 735,000 children aged between three months and five years in Niger, Chad and Mali.

This strategy, known as seasonal malaria chemoprevention (SMC) is recommended by the WHO for the Sahel countries, where the majority of cases of malaria occur within just a few months.

During the period of highest transmission, children are treated with sulfadoxine-pyrimethamine (SP) and amodiaquine (AQ), which they take for three days, once a month.

Several studies have demonstrated the impact of this strategy on reducing cases of both simple and severe malaria.

Last year, we managed to reach more children and we were also able to implement this strategy in more insecure and inaccessible places such as northern Mali, where civilians have been caught between the interests of the various warring factions. 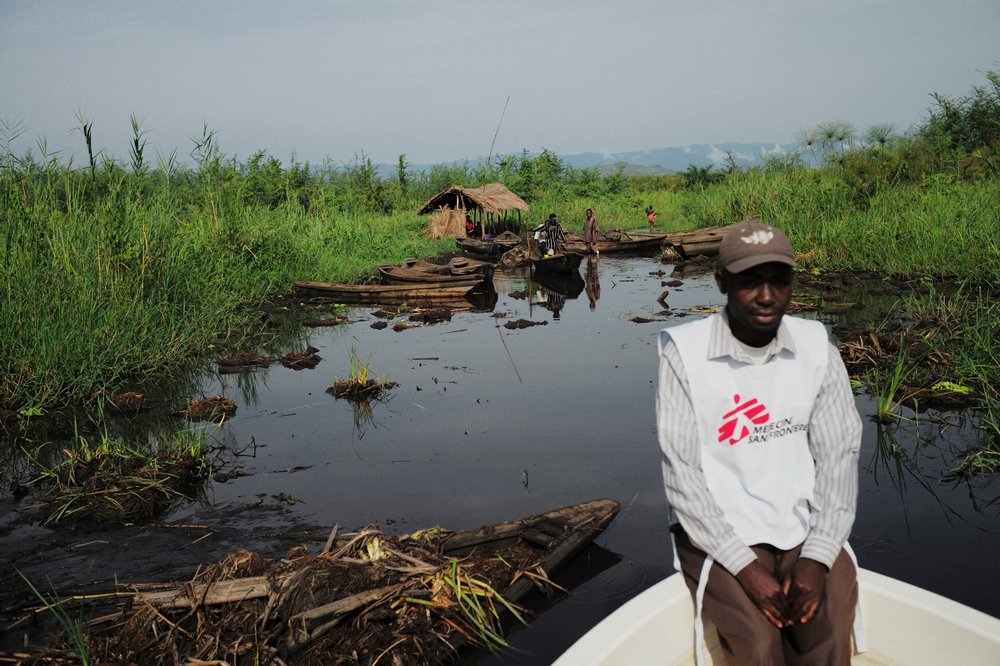 Adapting to the population we want to treat

In the Central African Republic, there are cases of malaria throughout the year and the peak in transmission, which lasts around four months, is much less pronounced.

MSF launched a campaign that involved giving antimalarial medications to all children under 15 in the area of Kabo in the north of the country, in two cycles during the peak. 17,000 children were treated with ACTs.

We decided to carry out this campaign because the people in Kabo are extremely vulnerable and are forced to move regularly as a result of the conflict that intensified in 2013 and is still active.

In this situation, providing all children – whether they are ill or not – with a treatment that we know protects them during the most difficult period of the year is important because we are not sure if, in such a volatile context, we will be able to treat them if they fall ill. 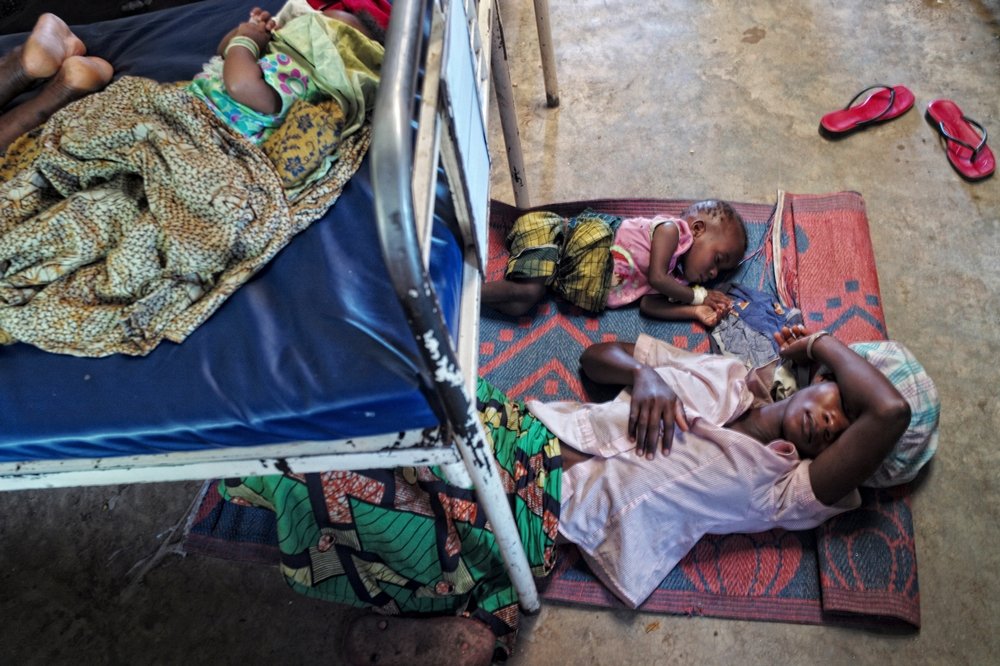 Eddy Van Wessel
At the MSF-supported hospital in Baraka, DRC, wards are overflowing with malaria patients. Three to four patients are forced to share a bed, or sleep on mats on the floor

A decline in cases of malaria in Kabo

Our statistics show a decline in simple cases, in the blood transfusions that are usually required in serious cases and in malaria-related hospitalisations in Kabo.

We have spent years working in this region, and although we cannot say that this strategy is the main cause of this decline, we do think that it has had an indirect impact given the reduced number of cases seen in the health centres and at the hospital.

Additionally, in the Democratic Republic of Congo, MSF wants to introduce another prevention measure with antimalarials: three times a year, coinciding with the vaccination programme, children under 12 months will receive a dose of SP.

This strategy is also recommended by the WHO and validated in the country.

The challenge here is to get the vaccination programme, which is very unstable, to work properly in order to be able to provide antimalarials to these children, who are the most vulnerable within the group of children under five. 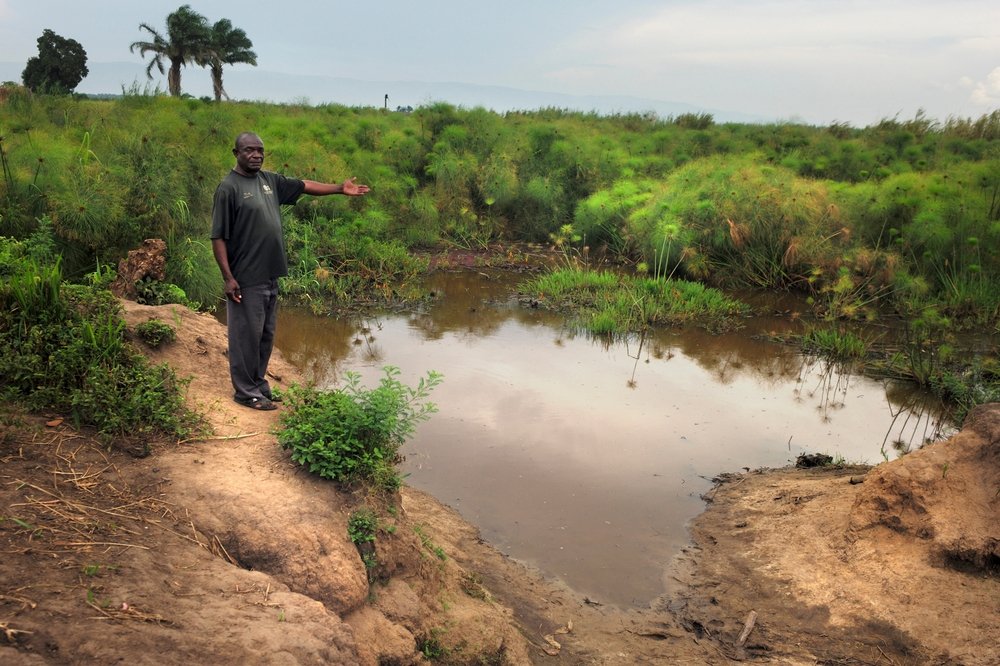 Eddy Van Wessel
Wakati Musa, the village chief next to a pool of water in Kirini, DRC which serves as a breeding ground for mosquitos in the area

Curbing malaria in the midst of the Ebola crisis

In 2014, the Ebola epidemic in West Africa, which greatly weakened health systems in the countries affected, made us strengthen malaria prevention in the region.

The symptoms of malaria – high fever, dizziness, headaches, musculoskeletal and abdominal pain – can be confused with the early stages of Ebola.

In Sierra Leone, one of the countries with the highest prevalence of malaria in the world, MSF carried out the largest ever mass distribution of antimalarials in the country, together with the Ministry of Health: 1.8 million treatments were distributed in Freetown and in five districts of the surrounding Western Area.

The campaign lasted four days and the drug administered was artesunate-amodiaquine, which served to treat both ongoing cases and to prevent the disease during the period of highest transmission.

Furthermore, by managing to reduce the fever caused by malaria, we also prevented many people from going to the Ebola treatment centres, thinking they were suffering from the disease.

Treating the disease in the future

All these pharmaceutical prevention strategies are helping us to be better organised and deal with malaria in complex contexts at all levels of healthcare.

And all this without forgetting about implementing the basic measures: the proper use of mosquito nets and the correct diagnosis and treatment of simple and severe cases.

In addition, we are ready to implement other recommended tools in the coming years in order to continue contributing to the reduction of cases beyond where we work.

Find out more about MSF's work with malaria