Malawi: After flooding, displaced Malawians are living in dire conditions

February 11th, 2022 - Southern Malawi – the area hardest hit by Tropical Storm Ana – is having to rebuild after destructive winds and flash flooding washed away roads, damaged power supplies and left around 32,000 families without shelter. 152,000 internally displaced people (IDPs) are now spread across 178 displacement camps in the region and are in desperate need of assistance. 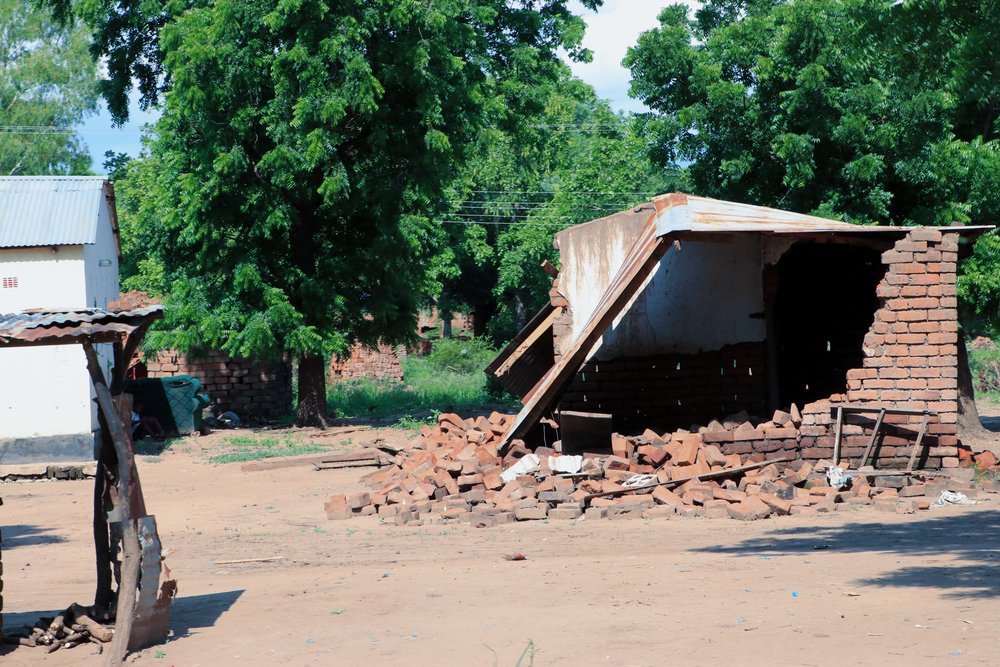 “Families – some with five or more children – have lost their homes and stocks of food and are now living in camps with no shelter or in very poor conditions,” says Dr Narine Danielyan, MSF medical co-ordinator.

“People have limited or no access to water, and sanitation is dire."

"Some camps with 2,000 people only have 10 latrines and sometimes the bathing areas are being used as latrines as well.”

On Monday 24 January 2022, Tropical Storm Ana made landfall in Malawi, directly affecting around 945,000 people, killing 45 leaving tens of thousands with no access to food or clean water. 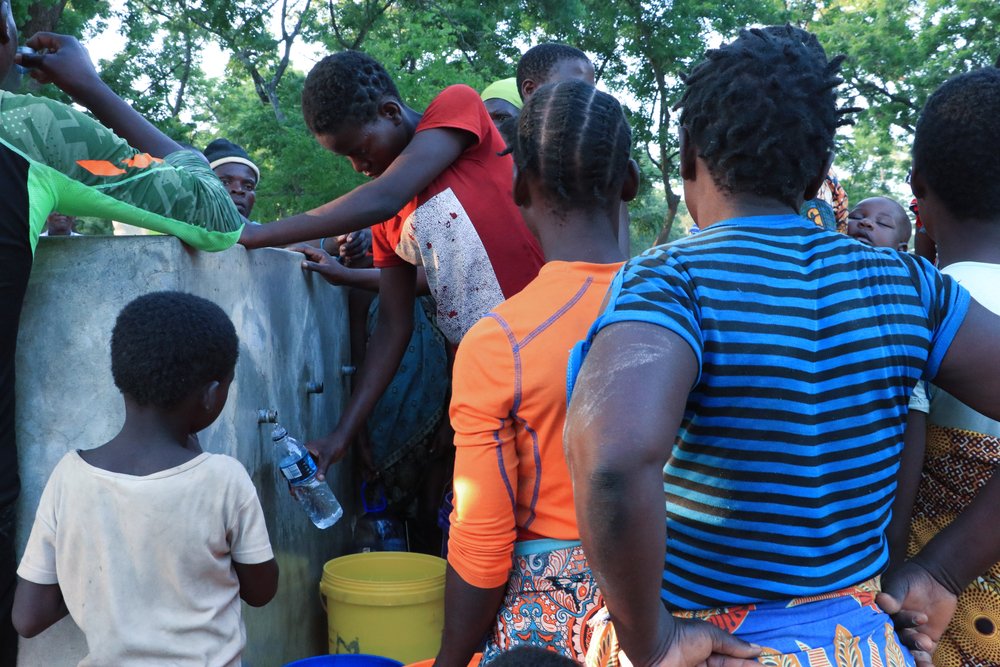 ANGELA JIMU
People are seen collecting water at a water point at Bangula camp where people displaced by Tropical Cyclone Ana are residing. MSF is providing WASH facilities at the camp. (February, 2022).

Tropical Storm Ana is the third major storm to have affected Malawi in the last seven years. 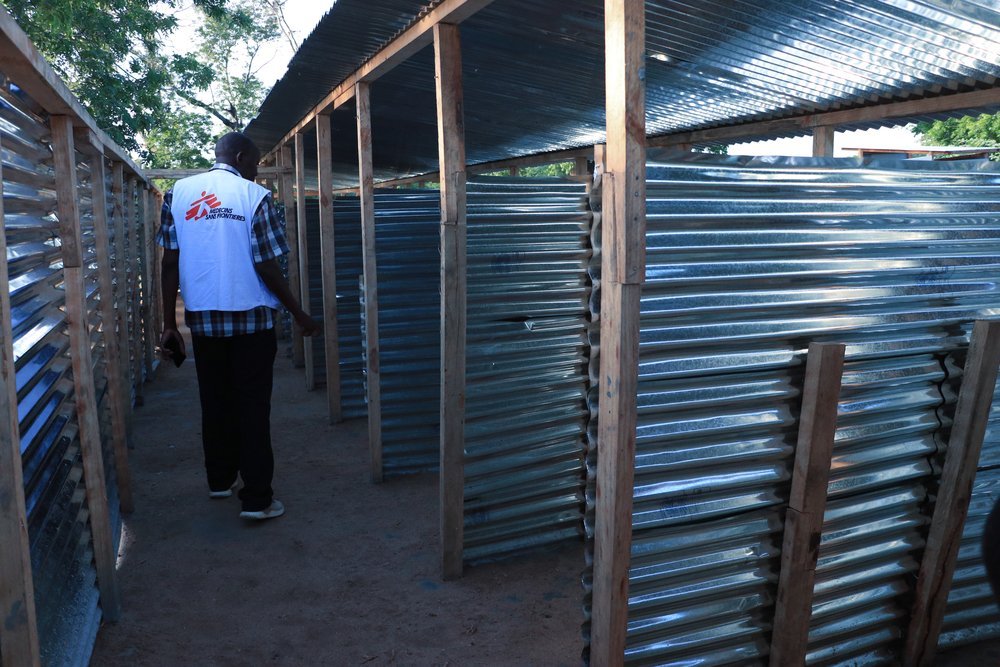 Angela Jimu
MSF logistician inspects the work that was done at the pit latrines constructed by MSF at Bangula camp where people displaced by Tropical Cyclone Ana are residing. (February, 2022).

In 2015, Tropical Storm Chedza left 176 people dead and in 2019 Cyclone Idai directly affected over 920,000 people around the country, making it the second-deadliest storm on record for the Southern Hemisphere.

“In Nsanje people say that Ana was worse than Idai,” says Marion Péchayre, MSF head of mission in Malawi. 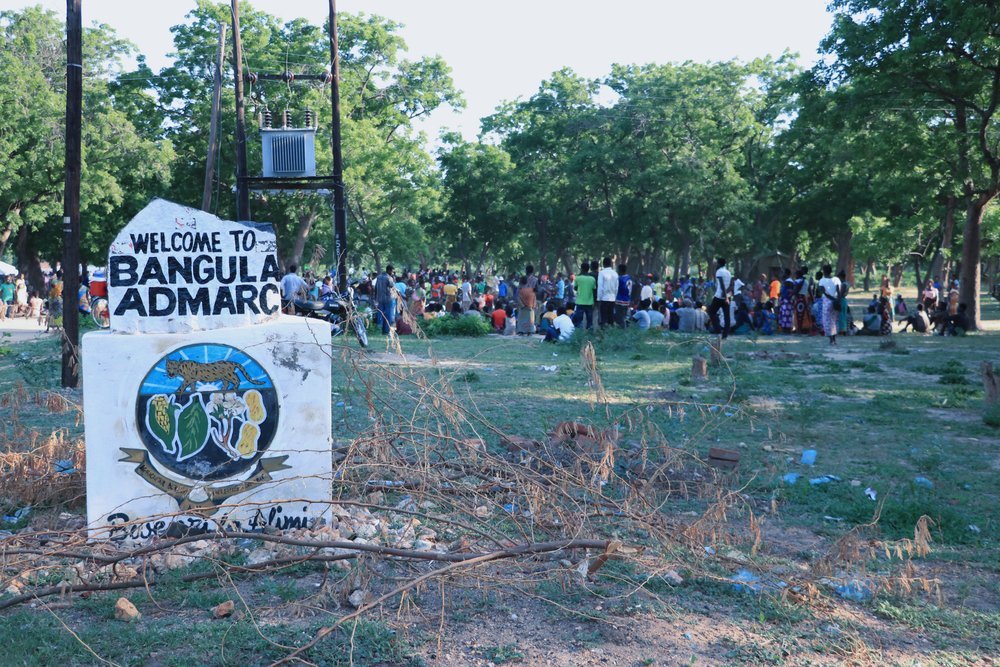 ANGELA JIMU
People displaced by Tropical Cyclone Ana in Bangula, Nsanje district, are being housed at Bangula ADMARC where MSF is providing WASH facilities for over 15 000 people. (February, 2022).

“Even if this is anecdotal, these destructive storms do seem to be happening more frequently, which is seriously disruptive and potentially life-threatening for many Malawians.”

While emergency efforts by the government, local authorities and local NGOs have helped to stabilise the situation, the needs of people displaced are still enormous.

“Even if this is anecdotal, these destructive storms do seem to be happening more frequently, which is seriously disruptive and potentially life-threatening for many Malawians.”

Poor sanitation, overcrowding in camps and stagnant pools of water pose a huge risk of disease outbreaks, especially in a district like Nsanje where cholera is endemic.

An increase in malaria cases is also a concern.

People in need of medical care

“For people on chronic medication, like anti-retroviral treatment or insulin, lost or destroyed medication can mean that treatment is interrupted,” says Danielyan. 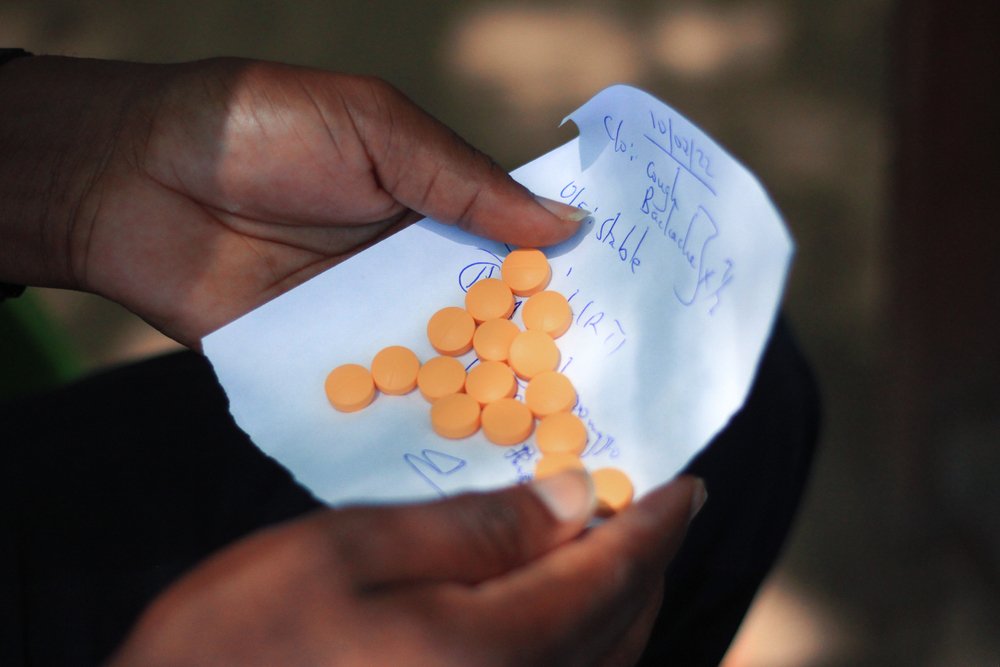 ANGELA JIMU
A health worker prepares to dispense the antibiotic Amoxycillin at a mobile clinic at Kampata in Nsanje where MSF is providing technical support to the Ministry of Health by providing drugs. (February, 2022).

“Also, people in need of urgent medical care, like pregnant women, sick children or people with injuries are not visiting health facilities, which puts them at risk of life-threatening complications."

"This is either because the health facilities are far away or because people are prioritising their immediate survival over their health."

“Also, people in need of urgent medical care, like pregnant women, sick children or people with injuries are not visiting health facilities, which puts them at risk of life-threatening complications" 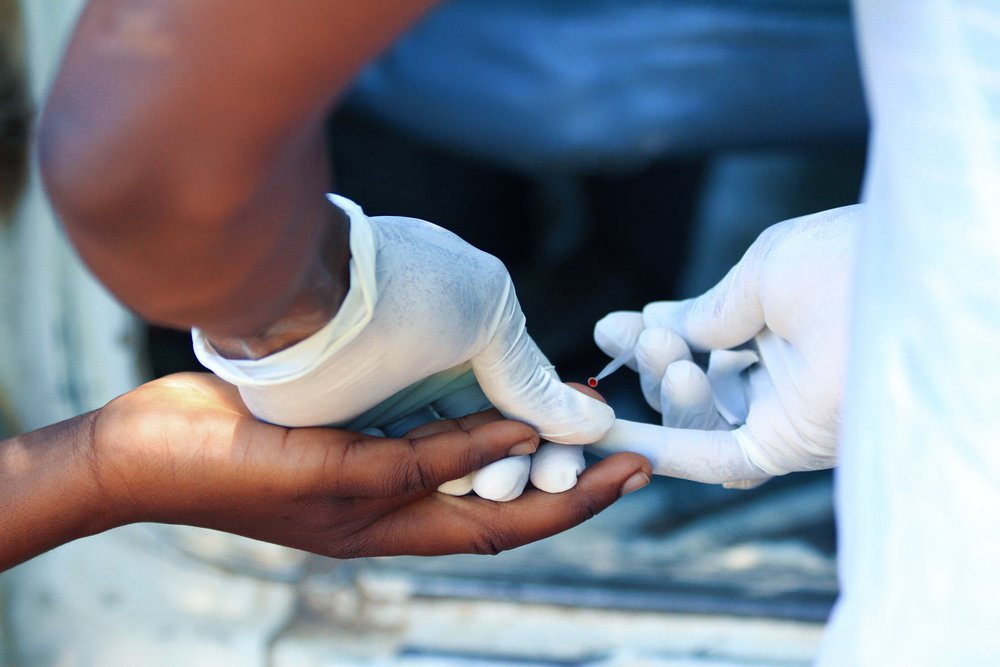 ANGELA JIMU
Testing for Malaria at a mobile clinic at Kampata in Nsanje where MSF is providing technical support to the Ministry of Health by providing drugs. (February, 2022).

Thanks to our existing presence in the south of the country, MSF is working closely with the Ministry of Health to provide support in this region in the following ways:

The MoH is providing healthcare support to people in IDP camps in the form of mobile clinics but is doing so at the expense of their tight annual budget, which leaves little room for emergency interventions. 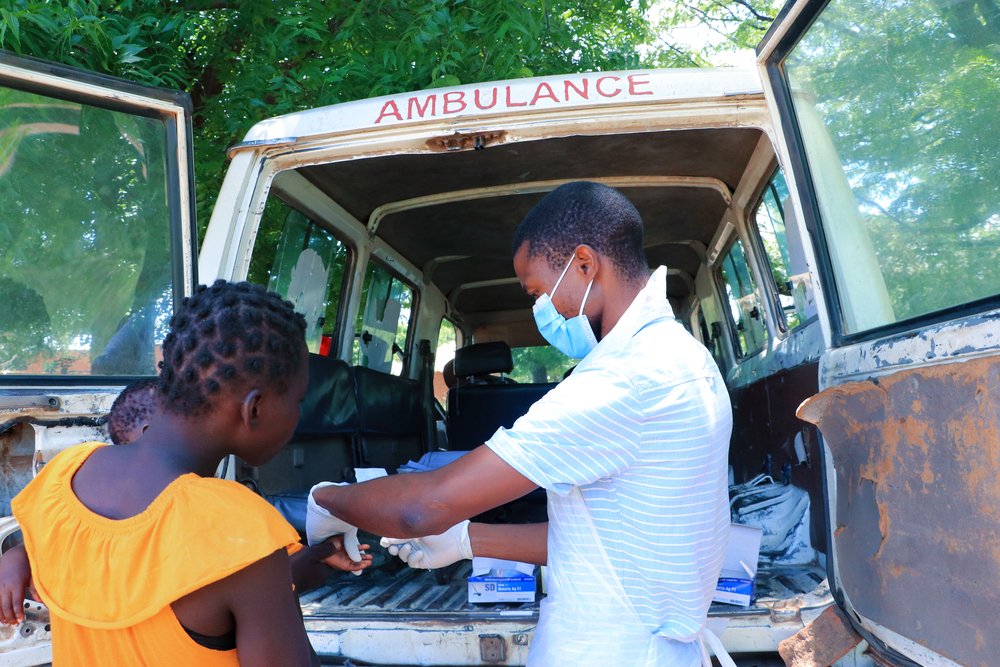 ANGELA JIMU
Patient assistance at a mobile clinic at Kampata in Nsanje where MSF is providing technical support for people displaced by Tropical Cyclone Ana. (February, 2022).

MSF is assisting with logistics support as well as the supply of medication and staff to stem possible shortfalls.

To protect people’s dignity and offer patient privacy at the mobile clinics, MSF is looking to provide tents to several camps. 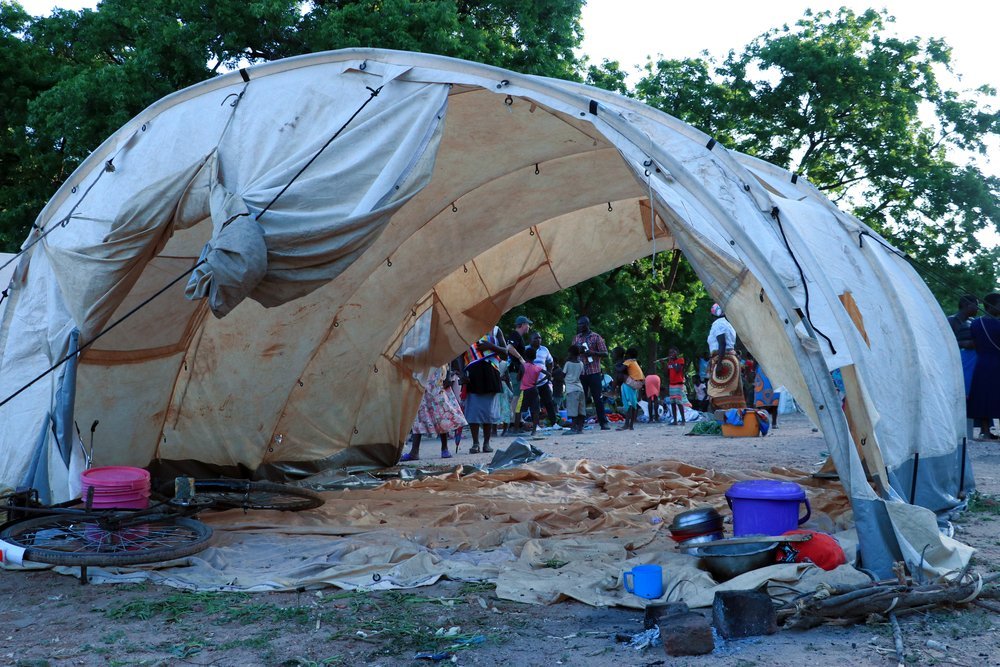 ANGELA JIMU
A tent is seen at Bangula camp where people displaced by Tropical Cyclone Ana are residing. (February, 2022).

Outreach teams are also assisting with epidemiological surveillance and referrals to healthcare facilities.

Assessments conducted by our teams of several camps highlight the urgent need for toilets, showers and the supply of safe drinking water. 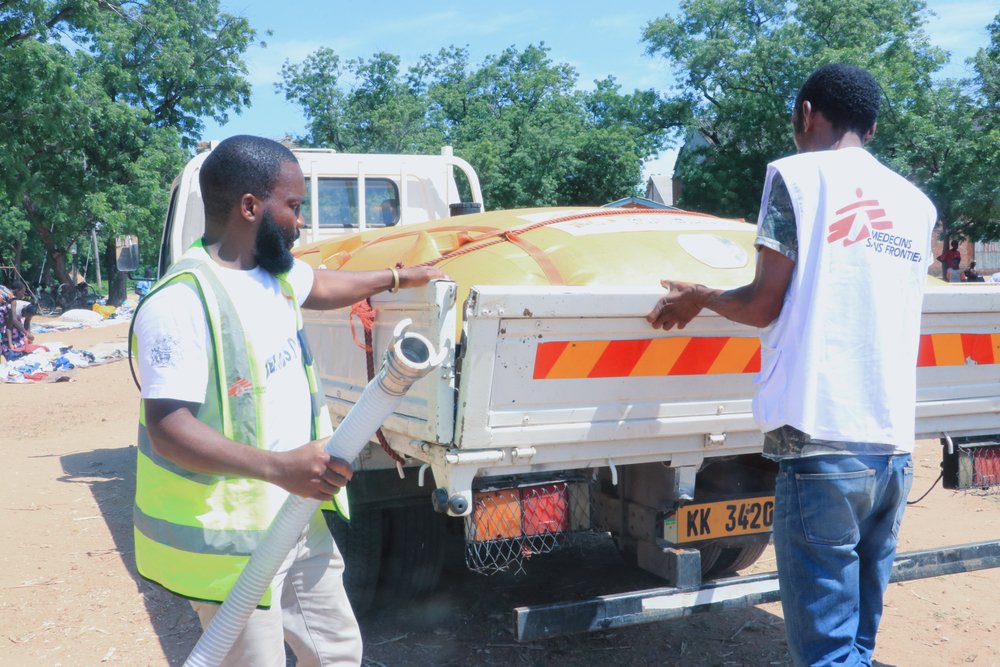 ANGELA JIMU
Pumps being prepared to pump water at a camp for displaced people at Bangula. (February, 2022).

Essential hygiene items like soap, sleeping mats and buckets have been distributed to people who needed it most.

In Nsanje, thousands of people were vaccinated for cholera in 2020, which means they have a certain level of protection against the waterborne disease which often leads to severe dehydration, especially among the young and frail. 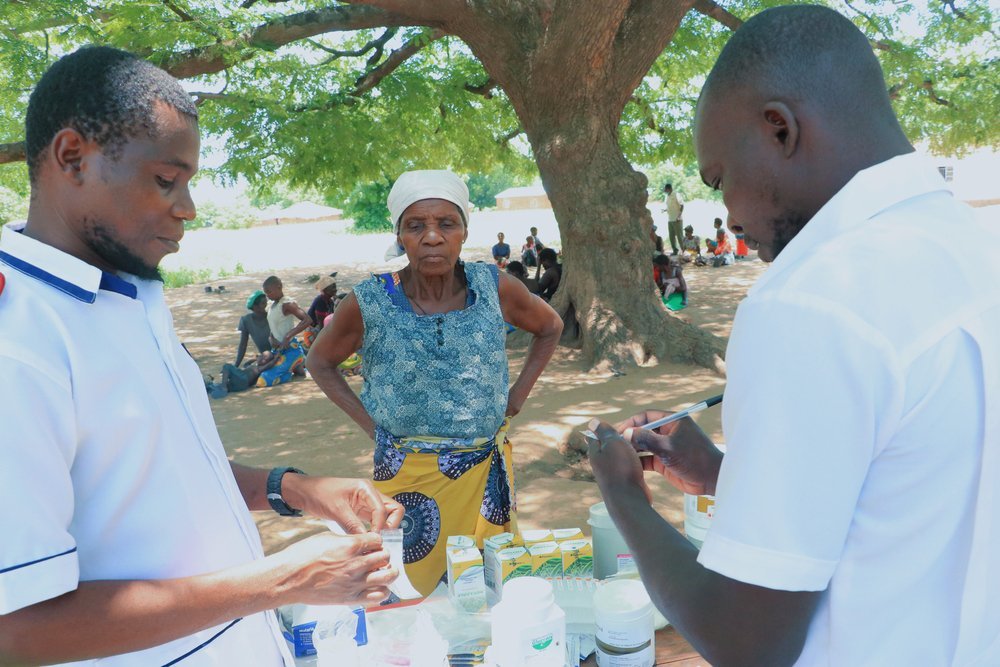 ANGELA JIMU
Ministry of Health workers are seen attending to an elderly woman at a mobile clinic at Kampata in Nsanje district. (February, 2022).

This can help tremendously in reducing the risk of an outbreak.

Unfortunately, the last cholera vaccinations among people in Chikwawa were in 2017, and there are currently no vaccines available in the country. 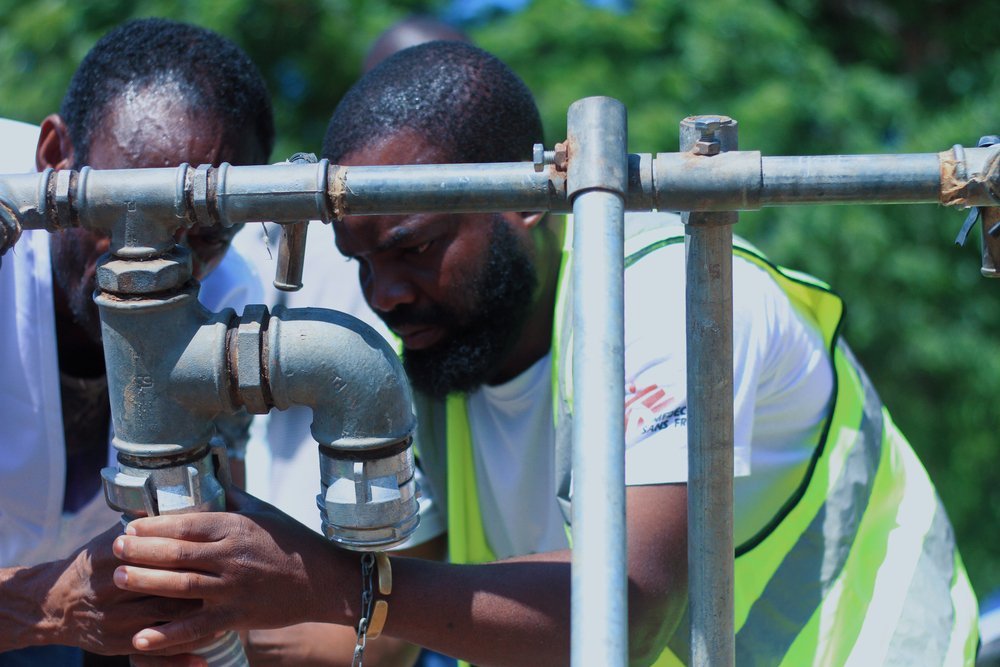 ANGELA JIMU
A fieldworker is seen connecting a water pipe to a pumping station at Bangula camp where MSF is providing WASH facilities for people diplaced by Tropical Cyclone Ana. (February, 2022).

At this stage our medical teams have not reported an increase in cholera cases, but we are prepared to respond and set up cholera treatment centres should an outbreak occur.

The MoH is working on buying and importing more vaccines. 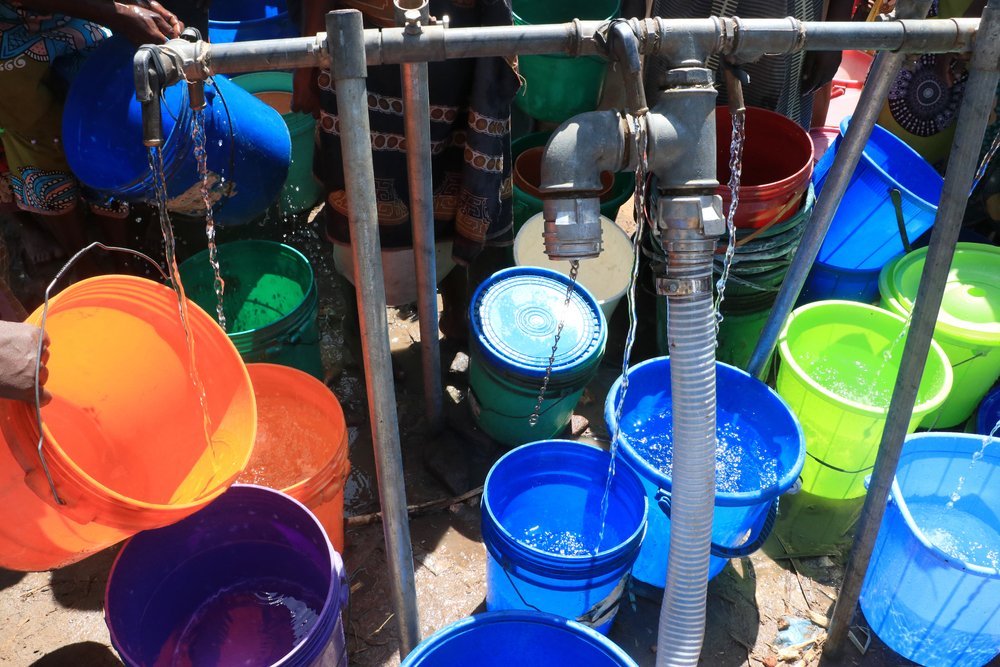 ANGELA JIMU
Dozens of buckets are seen at a water pumping station at Bangula camp for displaced people. (February, 2022).

The MSF teams will continue doing further assessments and we will continue to provide support where the needs are greatest. Our interventions are expected to run until the end of March.

MSF first worked in Malawi in 1986. In Chiradzulu we support the district management team in running an HIV and TB programme that includes infants diagnosed with HIV. In Blantyre we run a project to screen, diagnose and treat cervical cancer, which accounts for 40 per cent of all cancers among women in Malawi.