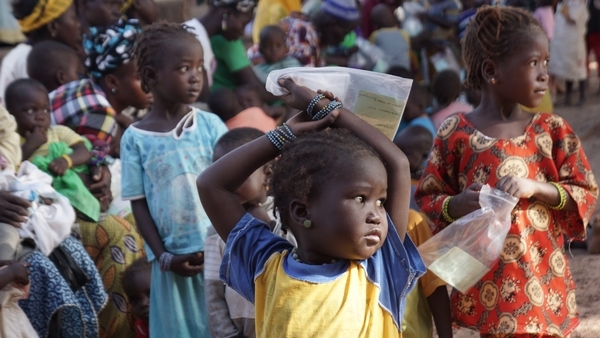 Following violent fighting in Konna and bombardments in Lere and then in Douentza throughout last Saturday nightand Gao, Médecins Sans Frontières/Doctors Without Borders (MSF) calls on all the parties to the conflict in Mali to respect the safety of civilians and to leave health structures untouched.

In Douentza, a town to the northeast of Mopti, the bombardments restarted on Sunday morning. An MSF medical team is currently working in the hospital to support medical activities.

Patients not able to reach hospital

“Because of the bombardments and fighting, nobody is moving in the streets of Douentza and patients are not making it through to the hospital,” says Rosa Crestani, MSF emergency response coordinator.

“We are worried about the people living close to the combat zones and we call on all the parties to the conflict to respect the safety of civilians and to leave medical facilities untouched.”

During the night between 10th and 11th January, MSF already received “several phone calls alerting that there were numerous fatalities and wounded in Konna, including civilians,” adds Dr. Mego Terzian, MSF’s manager for the emergency response in Mali.

MSF has already brought in two trucks of medical material and drugs to supply the medical facilities in the Mopti area. It seems that many residents of the Mopti area have fled the fighting and some places have become almost ghost towns. MSF is doing all it can to find where these displaced people are, in order to start up mobile clinics to provide them with medical assistance.

Following the bombardments in Lere, further to the north, several hundred people have crossed the border into Mauritania. MSF’s teams in Mauritania have initiated their emergency response plan and are currently on site providing assistance.

“Already 200 refugees have arrived by car or truck in the Fassala camp, in Mauritania,” says Karl Nawezi, head of MSF’s programmes in Mauritania.

“The latest arrivals have told us that there are many more refugees who were unable to find a vehicle and who are fleeing on foot towards the border.”

As well as running medical activities around Mopti and Douentza, MSF teams are also working in the regions of Timbuktu and Gao. In Timbuktu MSF is working in the reference hospital, where the team has received a dozen wounded from the fighting, which is taking place more than seven hours’ drive away. Other MSF teams are working in nine community health centres in the area around Timbuktu. MSF is also supplying medical material and drugs, and the teams are trying to reinforce their medical and surgical support in areas close to the conflict zones.

There was also bombardment over the weekend in the towns of Gao and Ansongo, in Gao region. MSF is supporting a reference hospital in Ansongo with emergency and primary healthcare and is supporting two health centers -one of them in the outskirts of Gao town- and runs a mobile clinic in the region.

For several months MSF teams have been working in Mali in the regions of Gao, Timbuktu and Douentza, concentrating on surgery and medical and nutritional activities. MSF is also working in the south of the country, running nutrition programmes in the area around Koutiala and providing assistance for Malian refugees in the neighbouring countries of Mauritania, Niger and Burkina Faso.