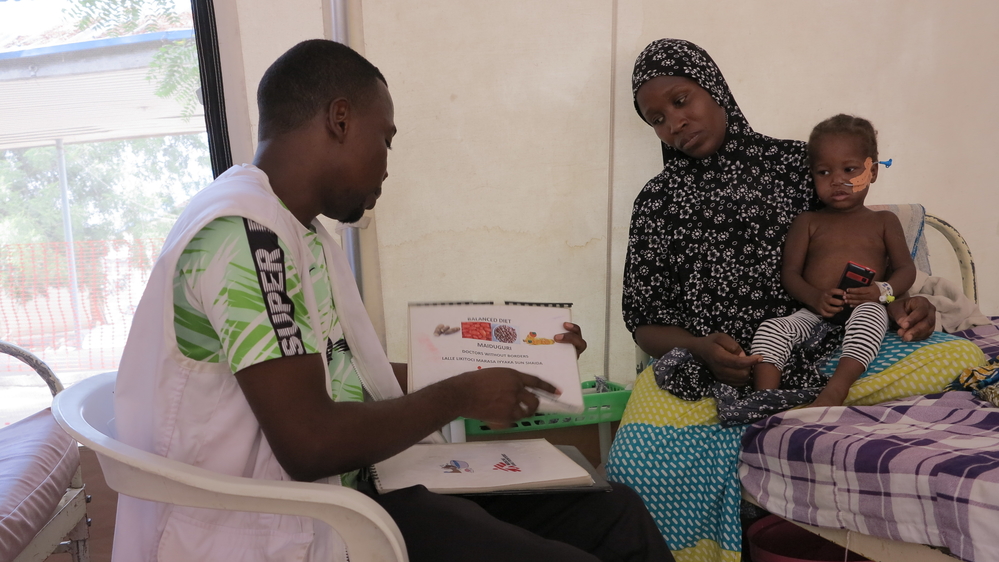 Measles in Nigeria: "We could not turn away the children"

Five-year-old Mustapha Osman is receiving fluids intravenously in the Médecins Sans Frontières/Doctors Without Borders (MSF) measles unit inside State Specialist Hospital in Maiduguri, Borno State. He arrived for treatment just over three days ago, and should be ready for discharge in a few days. “He’s one of the lucky ones to be discharged so quickly from the hospital,” says Dr. Muhammad Abdullahi as he scribbles next treatment steps for his young patient. “Most children we see are admitted for days, if not weeks. Some have complications such as severe acute malnutrition, malaria and pneumonia, and don’t survive.”

In Northeastern Nigeria in the city of Maiduguri, MSF has treated 2,922 children for the potentially life-threatening disease since November 2018, as part of the organisation’s response to a spike in cases of the potentially deadly disease. But a lack of vaccination coverage among the most vulnerable people in the region, coupled with a lack of capacity among health actors to respond to the outbreak, raise serious concerns.

“Since I started practicing as a doctor in 2016, I have not seen such high numbers of measles cases in Maiduguri. I hope we can work swiftly to timely manage future outbreaks," says Dr. Abdullahi, who works in the 70-bed measles unit set up by MSF in the city’s State Specialist Hospital. 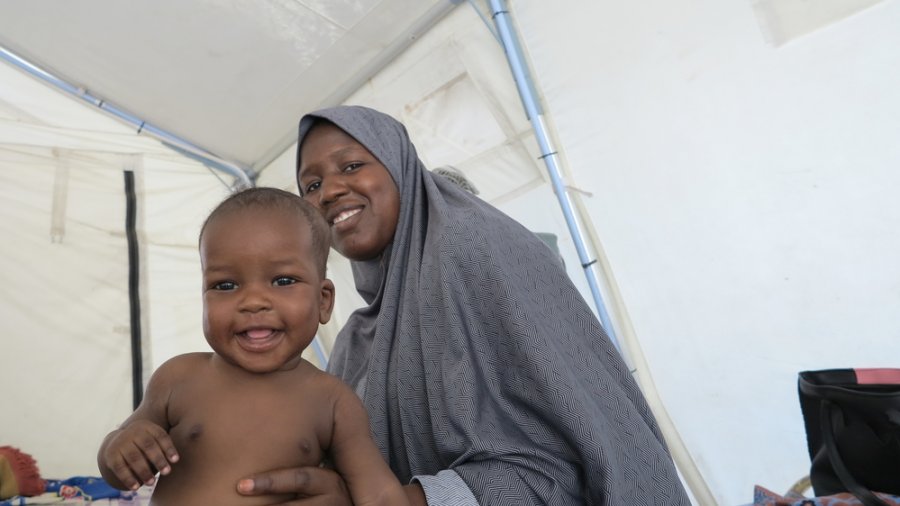 Conflict and displacement have left millions at risk

Most children suffering from measles in Borno come from internally displaced populations and the communities that host them. The decade-long conflict in Northeastern Nigeria has seen thousands of people displaced within their own country and into neighbouring countries. The disruption and chaos have made close to two millions dependent on humanitarian assistance for their survival.

The ongoing measles outbreak is partly due to insufficient routine vaccination and immunisation against measles which is putting thousands of children at risk of getting infected.

“We are all working in crowded wards,” says Dr. Theresa Chan, MSF’s medical team leader in Gwange hospital. “The enthusiasm exhibited by the staff is the reason why we’ve been able to cope so far.”

In the West of Maiduguri, MSF is also caring for measles patients in its Gwange hospital. In four months from January to April, MSF teams have treated 2,343 children with measles. And the number of cases in April was four times higher than in January. There are so many patients that the 73-isolation-beds are full.

A three-year-old girl was brought to Gwange by her mother. “She started sneezing and had a high fever,” explains her mother. “The inside of her lips turned red and she was constantly vomiting. I was so worried and I thought she was going to die.” Since receiving treatment, for close to a month, she made good recovery, and her mother, joyful and grateful took her home.

Many are not so fortunate. Some children die from measles due to severe complications. In both SSH and Gwange hospital, MSF has recorded 58 deaths since January. But it’s only part of the global death toll.

“It is unacceptable that there still is a high number of children passing away from such a treatable disease. Though stretched to the limits, we could not turn away the children,” says Caroline Masunda, MSF medical team leader in Maiduguri. “It has brought a lot of loss and a lot of sadness to the community.”

To encourage uptake of services and limit the number of complicated cases that increase the mortality rate, the population should have access to free primary health care in Maiduguri. In addition, MSF is calling for better and swifter coordination between all actors including Nigerian authorities, UN agencies and non-governmental organisations in availing and providing routine vaccination to children across Northeastern Nigeria in order to protect them against measles and prevent future outbreaks.

MSF has been working in Nigeria since 1996 and has had a permanent presence in Borno state since 2014. MSF teams provide lifesaving medical care in Northeastern Nigeria, running projects in Gwoza, Maiduguri, Monguno, Ngala, and Pulka, while MSF emergency teams respond to disease outbreaks and other urgent humanitarian needs.